In game mechanics
Humans will follow standard Pathfinder rules as detailed in this link.   Social difficulty: ★☆☆☆☆ - Humans' ambition and need for conquest has placed them as the most populated race in Ayn. Because of this and the inevitable frequent interactions with other races that occur, most races have come to either welcome, or at the very least, tolerate humans. A human will not want for a society that accepts them.

Humans are born of angel and demon interbreeding during a rebellion by both races in the Immortal War. They were originally known as the Yman, which were considered to be as powerful, if not more powerful than their progenitors. However, as further generations were born, their abilities began to wane further until the moment they were found by Ciel - Goddess of Life and introduced to Ayn. This information has been lost by humans, as any passing down of the origin story has been mostly lost in translation until it was just too far fetched to be believed. Humans, currently, believe they were simply born of Ayn and have existed with little reason to question their beginning.   One thing they did not lose, however, was their incredible ability to adapt, brought about by their curiosity and ambition. Coupled with their intense drive and wanderlust and it makes sense why they are one of the dominant races in the world. Their nations are often large and vast, often times occupying entire regions with citizens eager to prove themselves or stake their own claim. Rarely is a human sedentary, as even those who do settle often take up manual labor to slake their thirst to act. Many are spurned by their innate ambition to strike out, sometimes in the name of wealth other times to acquire more power. 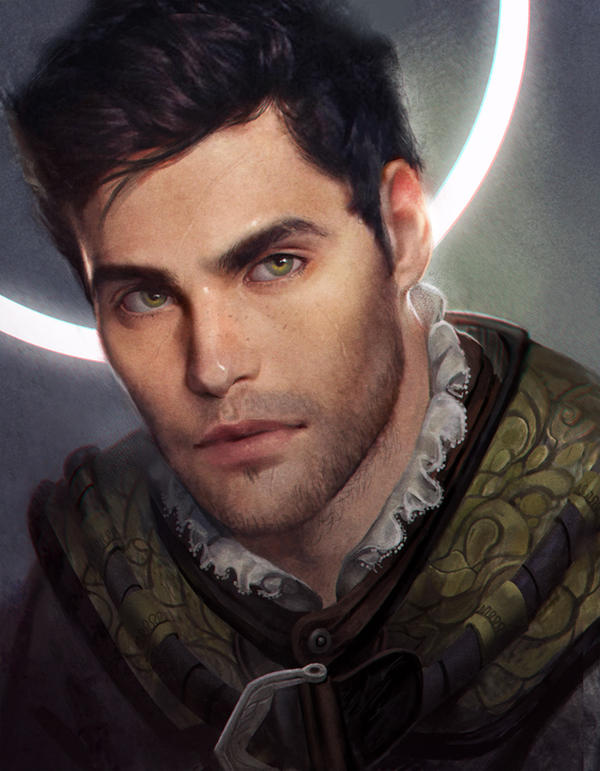 by Gerry Arthur
Humans often have soft, durable, peach like flesh that can shift to different hues and tones depending on their location. Darker skin is more common the closer to the equator and exposure to the sun. Their facial features are oft to change as well, from high risen cheek bones to rounded jowls. They have rounded ears and two lips the range from thin to full.   Men are capable of growing a beard, though will often have their facial hair outdone by Dwarves. Human women are considered the more fair of the two, and are oft to preen and dress themselves in this favor. A man may cut his hair to further his appearance, while a woman will cut, pin, clip, color, and style to the same end.   They are considered one of the shorter lived races, and while their life span isn't as short as Orcs, it's certainly shorter than Elves and Dwarves, two other prolific races

Although humans are fascinated with older races, they can often be a bit too impatient to truly appreciate their traditions, often time citing them as outdated. Humans are often quite amicable and willing to mix with other cultures, but can often overlook how marginalizing they can be to other societies and races, often times leading to intrinsic misunderstandings. Despite this, many races are envious of their flexibility and desire to step out into new and potentially uncomfortable situations.

Humans have two arms, two legs, a torso, and a head.

Humans begin life as a baby and will need a paternal figure to take care of their every need. A few years after they can begin to walk and tend to themselves but will usually need help from adults until their teenage years.   A human is considered an adult at the age of 15 and a senior around 50. Life expectancy for humans is around 80 years of age, though there are rare cases of them living longer.

While humans are known for their flexibility and desire to explore, they are most at home in some form of comfort. Even a nomad will often carry a soft bed roll to sleep on in the evening.

Humans are the standard that other races are compared to. They, generally, do not have any extraordinary perception or extrasensory ability. They can, however, adapt and change to develop better than average abilities. For this to become baseline it often has to go through multiple generations.

Humans are one of the most prolific races in the world and easily the most adaptable, meaning their names are oft to adjust to their surroundings. In their own societies, however, they have very simple and relatable names. It is tradition for the female to take the male's last name after a wedding ceremony.   Male: Timothy, Jacob, Marcus, Arthur, Adam   Female: Natasha, Sarah, Anna, Amy, Elisabeth, Diana   Surnames: Banks, Caldwell, Howard, Perry, Miller

Beauty ideals can vary greatly from factors including region and wealth. Humans in the desert may prefer a lithe and nimble form with dark skin while another human in a seat of nobility may want a larger, well dressed person who speaks with an air of aristocracy.

Male and female gender roles are usually well defined in human societies. The male is expected to be the provider, often meant to work, hunt, and defend the home. The female is expected to nurture and be domesticated, such as cooking, rearing children, or tailoring clothes.   This, however, is only by tradition and is not enforced, even societally. There are women who serve in the military and men who take up professions as a tailor, and while there are those that may voice their opinion or snub their nose, these people are rarely taken seriously.

Men are expected to pursue the women, often in the form of compliments and gifts. If the woman reciprocates they may join one another in courting events, such as dancing, picnics, or boat rides.   Assuming the feelings of love persist the male may present a ring to the female and ask for her hand in matrimony. The two will wed as husband and wife with the intention of it lasting forever.   Special note: Sexuality can vary between humans and so it is not shunned for a homosexual couple to court and eventually wed.

Agna - The first Yman, killed when attacking Azox - God of Destruction during the attack against the demonic forces in the Immortal War.

Their wandering spirit and large population means that most races have dealt with humans in one way or another, usually during their many attempts to expand and colonize. Although this, more often than not, leads to some sort of war or hostility, humans are quick to forgive and forget, and even work towards a friendly alliance so long as civility is displayed on either side. A human's curiosity and need to expand their experiences will lead them to learning new languages, traditions, or experiences, even if these are tailored to their understanding and most often watered down. Because of this, many civil races are accepting and tolerant of humans to varying degrees.

They stand against orcs to varying degrees of fervor, from mild distrust to zealous racism, only spurned on by constant orc attacks and atrocities committed to many human settlements.

Humans are the most diverse race when it comes to alignment. Their intense drive can lead to the most good spirited and devout down to the most savage and evil. Generally they are considered neutral, though tend to congregate with like minded citizens. This means that a village with kind hearted, hospitable inhabitants will often attract other gregarious individuals.   This race is also not tied or owed to any Gods and will often venerate whichever suits their ideals and needs, sometimes even changing their beliefs. 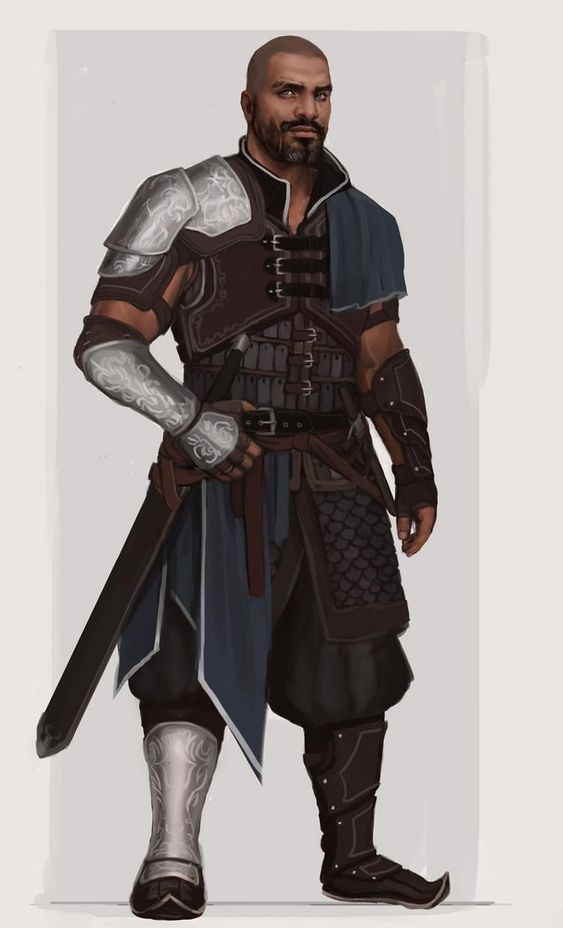 The origin of humans can be found through this reading. 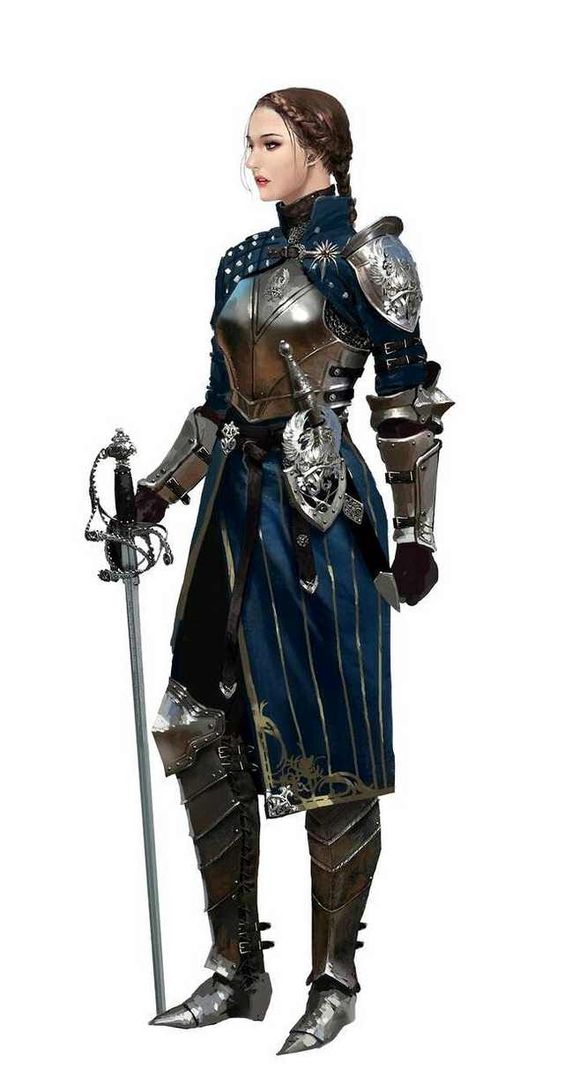 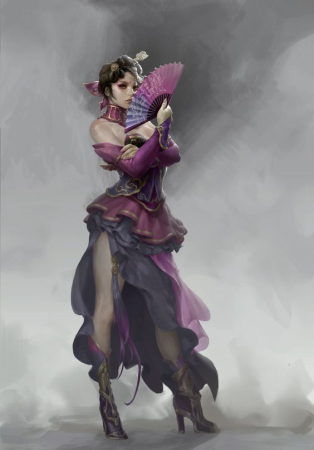 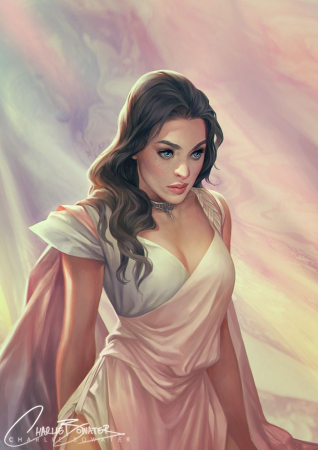 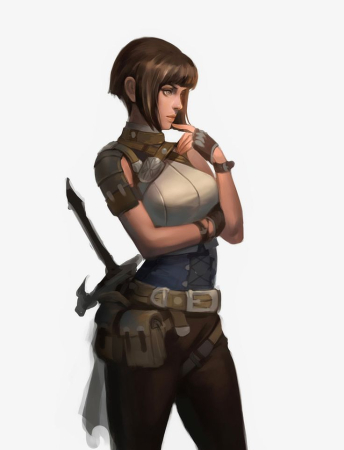 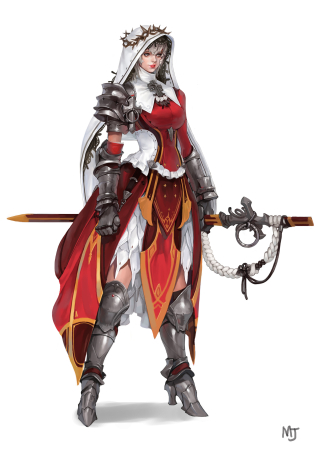 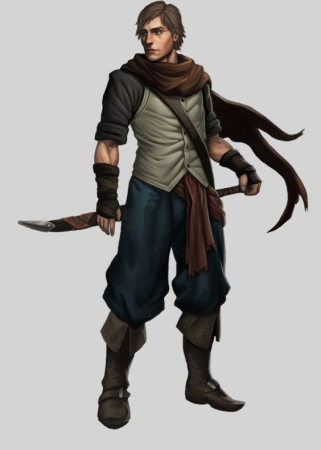 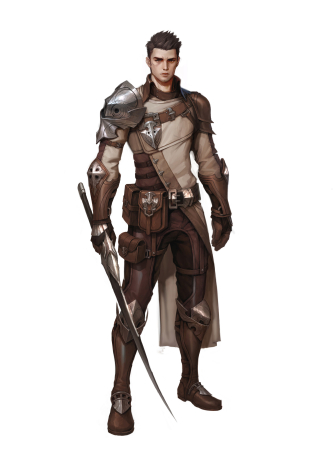 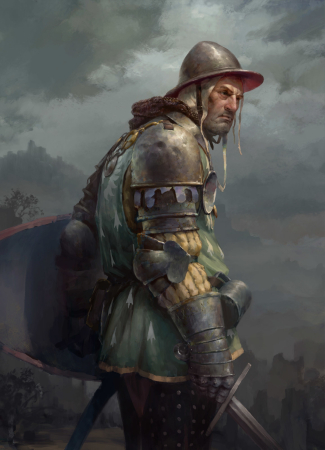 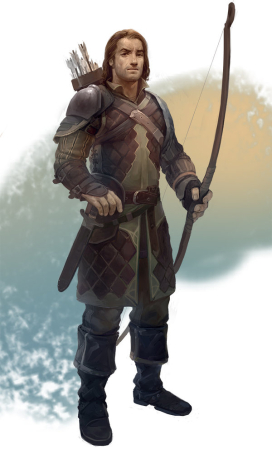 Great article! I love the part about reproduction. Very good way to show something that Is the same as in our world

Thank you for the kind words. With most of my world I want the information to be unique yet identifiable.