In game mechanics
Dwarves will follow Pathfinder's rules as defined here.   Social difficulty: ★☆☆☆☆ - Dwarves are one of the oldest races and considered a civil race. Although they are known to be stubborn and can be the butt of some jokes, they are welcome in almost every civil society and sometimes even welcomed.
If Elves are considered bastions of nature's splendor and culture, and Orcs are known for their savagery and destructive might, Dwarves are a sort of middle ground, crafted by Ciel - Goddess of Life with the purpose of servicing the mountains of Ayn and what lies within them. Best known for their stubbornness, short stature, and impeccable craftsmanship, Dwarves have long since branched out from their mountainside abode.
While Dwarves offer a very distinct look, very rarely will they deviate from the archetype. Short, stout, and with a magnificent beard are considered the cornerstones of the iconic 'Dwarven look'. Indeed, the beard is the very hallmark of a Dwarf, and many will spend hours of the day primping and preening their facial hair. Braids, loops, ties, rings and more are used to appeal to the perfect look, and often potential partners will have a preference. A Dwarf maiden may favor men with long, freshly brushed, silken beards, while another may prefer full braids that reach down to the knees. Often they are misconstrued as being grumpy due to their dour gaze and short words, but normally they are simply focused in their tasks.   A Dwarf with their mind made up or with a task at hand is difficult to steer away. If they find themselves, say, building a castle, the endeavor will be pursued relentlessly through their workaholic tendencies. This attitude is respected by their clients, and feared by their enemies who they will hold a near eternal grudge with. 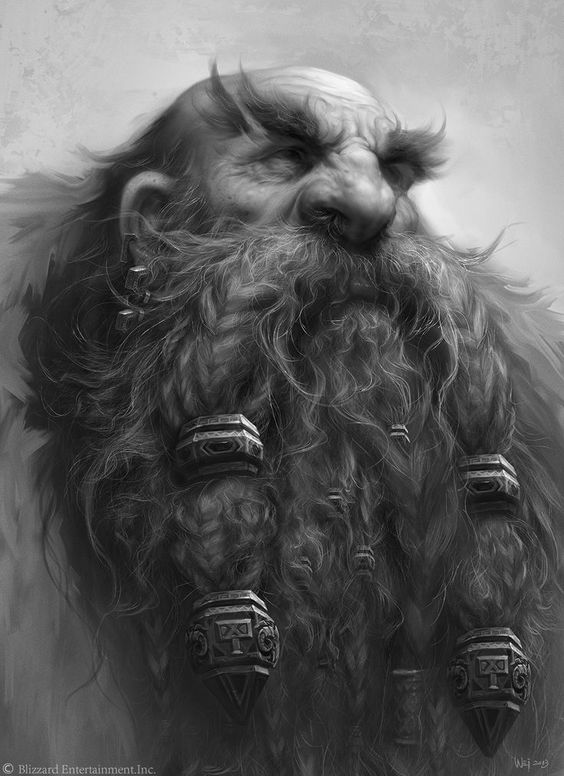 by Wei Wang
Dwarves are adverse to change, and the faster the change occurs, the more resistance they'll offer. They function on a 'If it's not broke, don't fix it' mentality, and if it is broke, they will work tirelessly to mend it. Indeed, Dwarves, although consumptive, will often fix an item until it is in absolute tatters and beyond salvation. A waste of materials is almost tantamount to a sin in Dwarven circles, and often they will recycle what cannot be saved. Fortunately, Dwarven craftsmanship is famous for its durability and quality, meaning most goods produced will last through the ages.

Women are surprisingly uncommon in Dwarven societies. Often one out of every four children is a female.

Dwarf are considered adults at 40 years and old at 188 years. The longest lived Dwarf died at 281 years, but he was truly an outlier...Most perish of old age at 265.

Originally they could be found in the mountains, and as such many of the largest and most prosperous Dwarf nations reside there. However, Dwarves are also rather common in the rest of Ayn, normally in Human cities.

Despite many opinions, Dwarves are actually quite intelligent, especially in the field of engineering. Several key inventions that originate from Dwarves are: Gunpowder, the catapult, the trebuchet, cannons, explosive traps, the portcullis, and many more.

Male names in Dwarven societies are generally as short and stout as their stature, with females taking a few more 'liberties of beauty'. Surnames are given by a priest at the time of marriage and are often combined from two qualities of the beloved. An example being if a male farmer and a female farmer might be given the surname 'Barleycask' upon marriage.   Male Names: Gloin, Oifur, Dalfur   Female names: Moira, Brynndil, Frelia   Surnames: Brewbeard, Stoneheart, Forgering

The beauty in a male Dwarf lies in his beard. Although there is some preference paid to the usual, such as hygiene, how well kept their body is, and even some favor towards tattoos, the real treat for those who fancy male Dwarves is their facial hair. Oft the preference is for long beards.   Females are normally favored more for their efficiency and domestication. A woman who can cook, clean, carry a tree trunk on their back, and fell a hawk in a single arrow is considered a 'prime catch'.

Dwarves speak both Common and Dwarvish.

Although they are known for their propensity for the brew, they are just as drawn to puffing a pipe, especially in their rare downtime. Ornate pipes are even a symbol of status to some, and pipe collecting is an accepted and common hobby.

Shaving a beard is often frowned upon, and if a beard is scalped or forcefully shaven, the Dwarf is considered to be shamed akin to being tarred and feathered. Also ordering a light beer will often be met with taunting jokes.

"If you gave me a choice between carrying a dragon on my back up the tallest mountain or trying to change a Dwarf's mind, I would ask you what color dragon you want me to carry."

Dwarves are notoriously stubborn and are difficult to convince to other ways of thinking. They are also well known for carrying grudges...a slight against a Dwarf could last through several generations and some family clans have been at odds for so long they're unsure where it all began. These two qualities coupled with their general gruffness can make socializing and good company difficult to find.

Orcs are their most hated enemy, often attacked the rare times they leave their mountains. Dwarves are also a favored prisoner of the Orc, the latter of which will often torture and humiliate the stout figure. Beard scalping is a favorite past time to the greenskins.   Although Elves are not favored and often disregarded, they are also not attacked and allowed to step foot into Dwarven cities. Generally are seen as too prissy and frail, though it is possible for the two to form a bond, especially if it is forged in the flames of war or adventuring.   Dwarves favor Humans the most, especially the Haathun, and are often to choose their kingdoms as the first place to settle should they strike out from their homes. 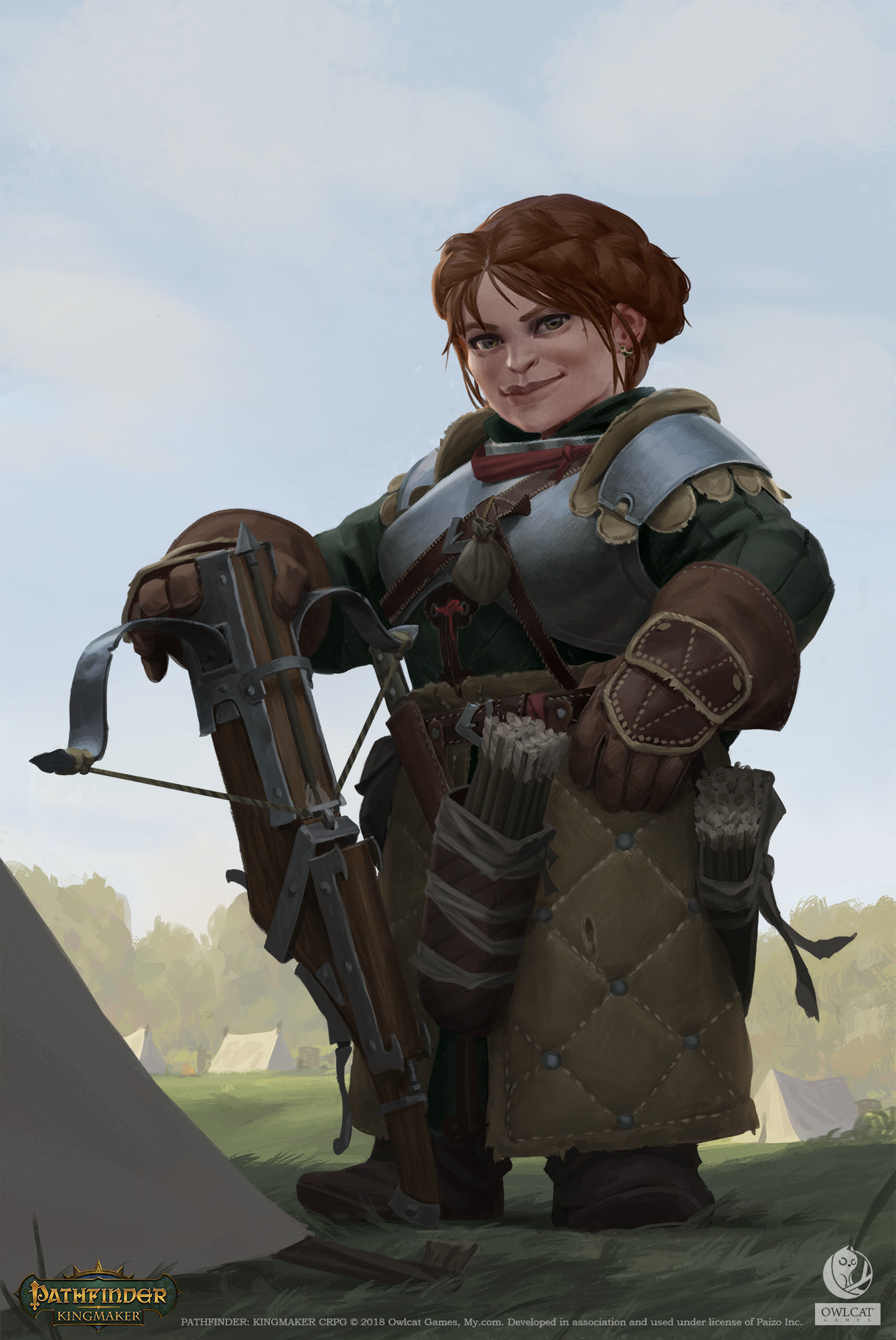 by Akim Kaliberda
Scientific Name
Homo Robustus
Lifespan
265 Years
Average Physique
Dwarves are the very last word in 'sturdy'. Often short, broad shouldered, and with thick thighs, they are the ones to be counted on to hold the line. They are also known for their hardy stomachs, often referred to as an iron gut - The same trait they use to handle far more than their weight in alcohol. A sedentary Dwarf can become the victim of a rotund beer belly.
Body Tint, Colouring and Marking
Skin color for Dwarves can range from a peach color to an olive tan, naturally. They are able to tan, so Dwarves found in more sunny regions are prone to being darker of skin. Many Dwarves often favor tattoos.
Related Ethnicities
Dietary Needs

Dwarves generally prefer meat and will often snub their nose at green vegetables. Potatoes or other roots are fine, normally cut into a stew or offered as a side at best, but sausages and steak are their main meal, and no meal is complete without a hearty brew, of which there are plenty of competing favorites to choose from. 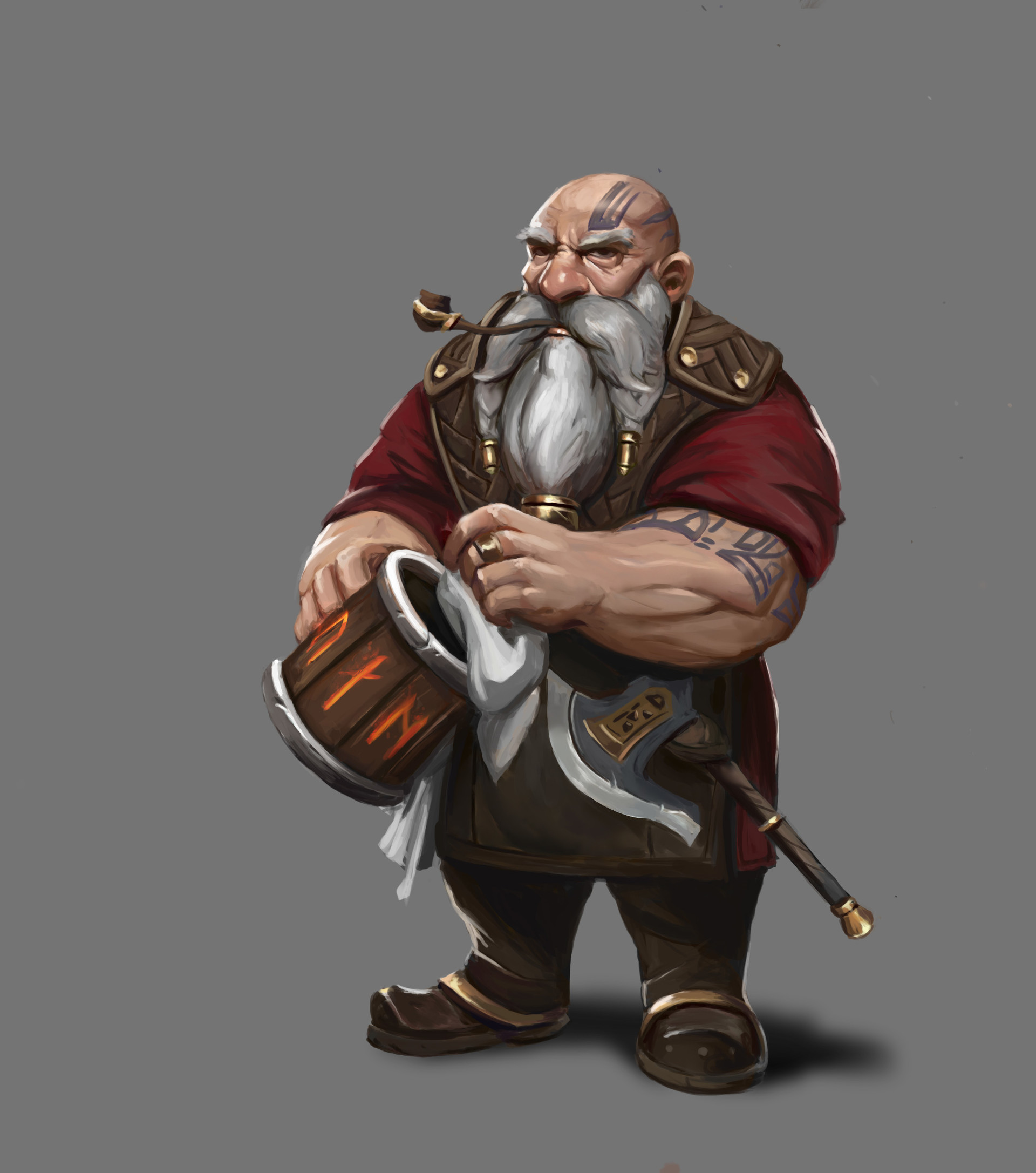 by James Green
Dwarven Sexuality
It is worth noting that, due to the rarity of females and their generally cramped quarters, many Dwarven males have gained an attraction for their fellow gender. It is estimated that 40% of Dwarven males are, at the least, bisexual, with a majority of the 40% being homosexual. Researchers speculate that it's a biological defense to combat the lower birthrate of females. Despite this, there is little to no prejudice against the unions, especially since the patron saint of love, Viza, Vizo, or Vizen - Deities of Love, can take the form of two males enraptured in one another. A coupling between two males it known as a 'Brothership'.   Adversely, homosexuality between two females, while possible, is far more rare. 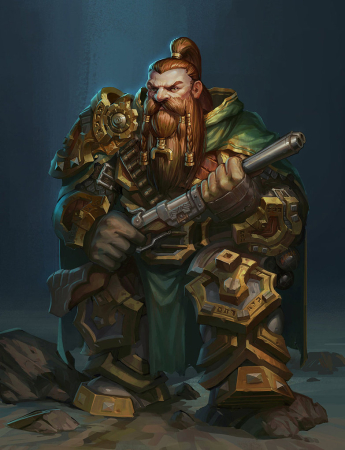 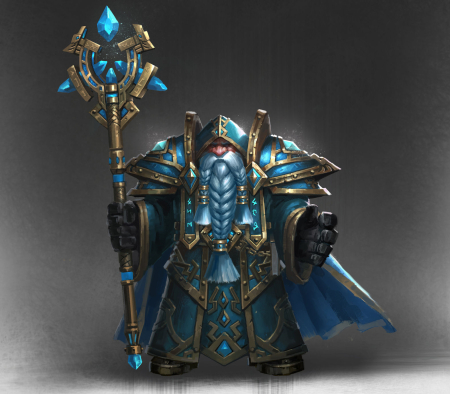 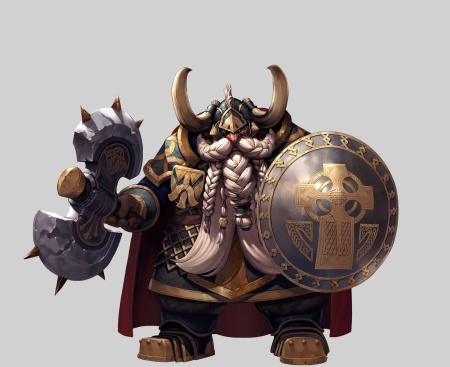 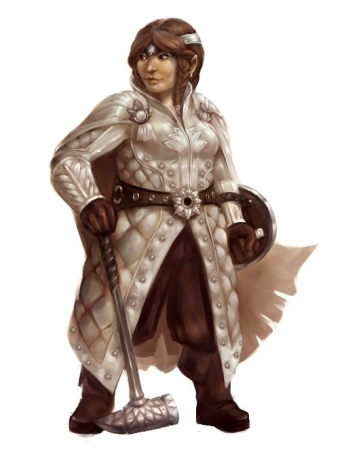 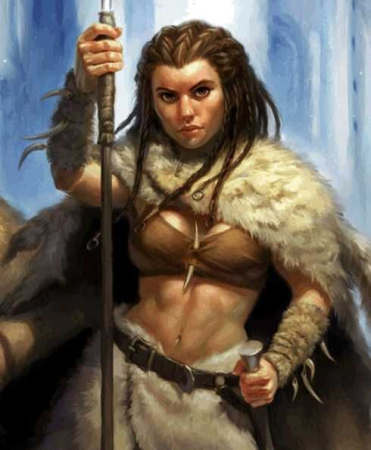 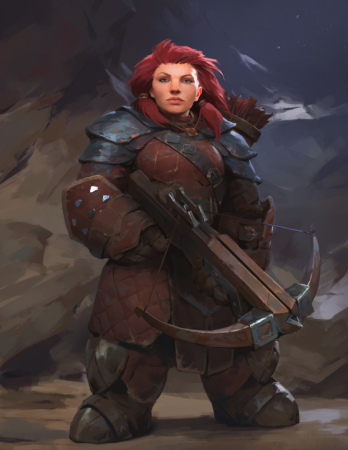 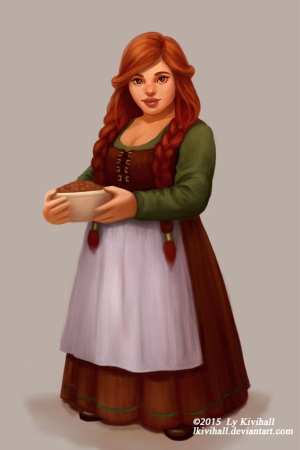