In game mechanics
Half-elves will follow Pathfinder's rules as defined here.   Social difficulty: ★★☆☆☆ - Half Elves will mostly experience ease in Ayn but may find themselves marginalized. Most consider them to be half a person and those that respect their autonomy may swing the pendulum too far in expecting them to be both an exemplary human as well as elf. They are welcome in most areas, however, and will find their stay pleasant.
Few creatures radiate the aspects of alluring physical perfection than elves with their melodic voices and soft skin, and it did not take long for humans to notice and begin to infatuate themselves with elven beauty. Their inherent drive encouraged many ambitious humans to romantically pursue the elder race. Fortunately for them, many elves favored humans as well, finding their passion and spontaneity intoxicating.   These unions resulted in the half-elf, a child that would inherit the genetics of their parents, often the most favorable traits, but would not inherit the social status and welcome of either. In the best situations, half-elves would be considered to favor the correct genetics for their surroundings but still have their other half as a sullen reminder that they did not belong. At the worst, they would be exiled or even hunted for being 'low blood' or 'half breed'. 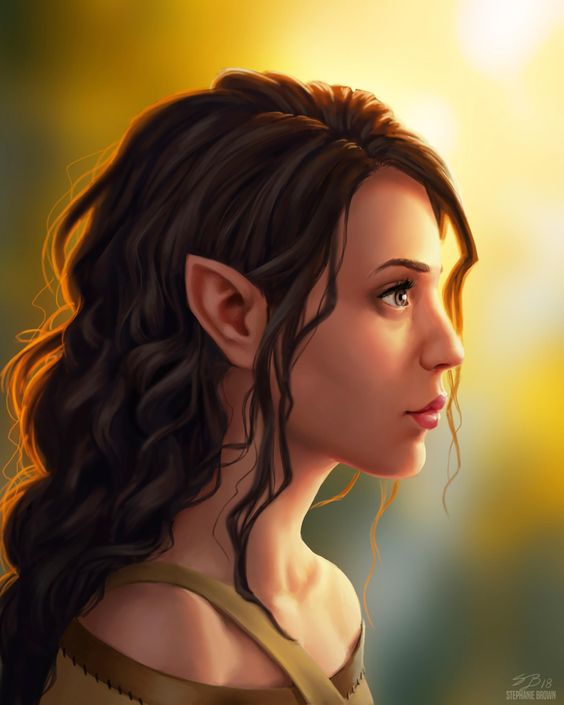 by Stephanie Brown
Half-elves have varying degrees upon which they favor their parents, but generally their eyes and ears favor humans with softer, more rounded outlines. Their ears will end in a point, but are not as elongated as their elven heritage, and their eyes will offer a subtle, more lighter color to the iris. They are the perfect middle ground in height - taller than humans but shorter than elves. While their skin tone is slightly more tanned (With variations in the hue depending on the environment), much like a human, their build is slightly more lithe and nimble, like their elven heritage. The males find it easier to grow facial hair than their elven cousins, though they often shave or style it rather than let it grow into an unkempt beard.   Many races, including elves and humans, find them to be beautiful, both for their physical aesthetics and general passion, exuding both empathy and ambition.

It's this same ambition that leads half-elves to strike out from their environment, often in the pursuit of a place they can call home where they'll feel loved and accepted and not alienated. Although they live longer than humans, this innate drive leads them to value items, moments, relationships, and other such pursuits, as they recognize how short lived their attachment may be.

While half-elves are closer to humans than elves when it comes to their age, they are between the two. They are considered an adult at the age of 20 and old around 100. Most pass on around 130 years.

Like their parents, half-elves are omnivores and their diets will often conform to the area and culture they grew up in.

Although having a slightly more keen eyesight and hearing range, they are often outshone by their elven peers, much to the chagrin of their parents.

Although their name can sway depending on the parents, especially if one is absent, half-elves are usually a respectful mixture of the two originating cultures. They will inherit the last name of their father.   Male: Jeremil, Davilas, Mardyr   Female: Elsbeth, Amisarae, Edeatha

Regardless of if they're raised in human or elven societies, half-elves do not find themselves fitting in with either. Elven societies will consider them lesser and may accept them so long as they show a strong preference towards elves and elven culture, but even then they may consider them only half decent, citing that the other half is impure and unnecessary.   Humans will likely be more agreeable considering their frequent interactions with other species has led to some level of understanding. That said, they often place far too much weight on the person's shoulders, expecting them to be both an exceptional human and an exceptional elf, rather than accepting them for being an exceptional half-elf. This inevitable inability can lead to the person being marginalized and considered as a failure of both species.   Dwarves simply consider them as elves and treat them the same.   Half-elves find kindred in one another, as well as other interbred species such as tieflings, aasimars and half-orcs , even if they are at odds, generally, with the latter.   Despite their failings, they are generally considered very favored and charismatic, so they are able to find friends and companions in most civil societies.

Half-elves are driven by the main characteristics of their heritage, meaning their elven empathy and human ambition. This means that they are often affiable, independent, and curious, which lends itself more to a chaotic good alignment. Of course, like their predecessors, they are more than capable of any alignment, but instead more often fall in the aforementioned category.   Their religion is usually decided by their environment and parents. A half-elf growing up in the forest with other elves will likely lean to worship Birchum - God of Nature or Heluna - Goddess of the Moon, while a spunky half-elf with human parents in a city environment and a penchant for gambling might worship Tiamera - Goddess of Luck. Rarely will a half-elf settle into a temple and become a devout worshipper, but those who do usually come into service in the later years of their life. 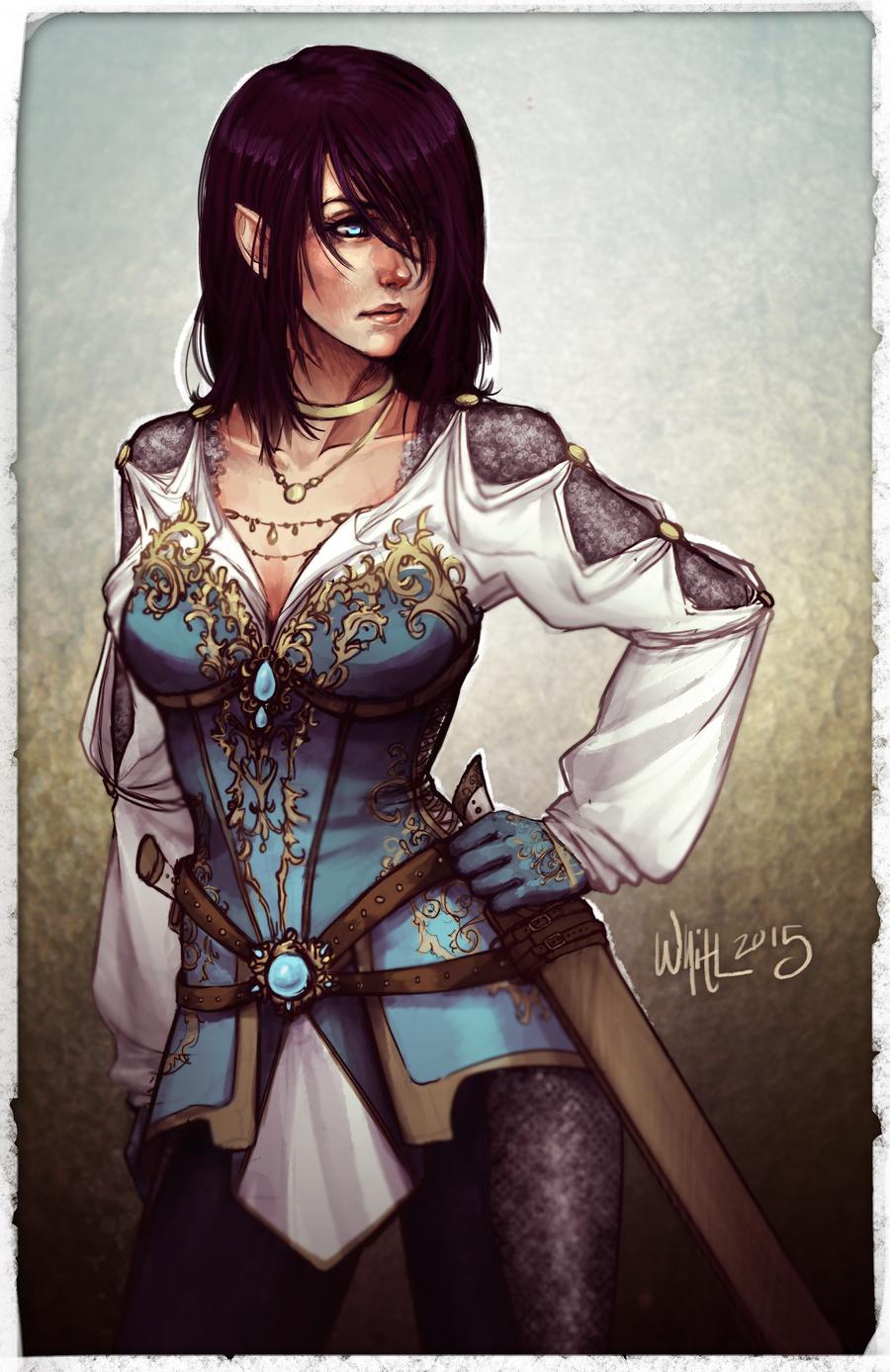 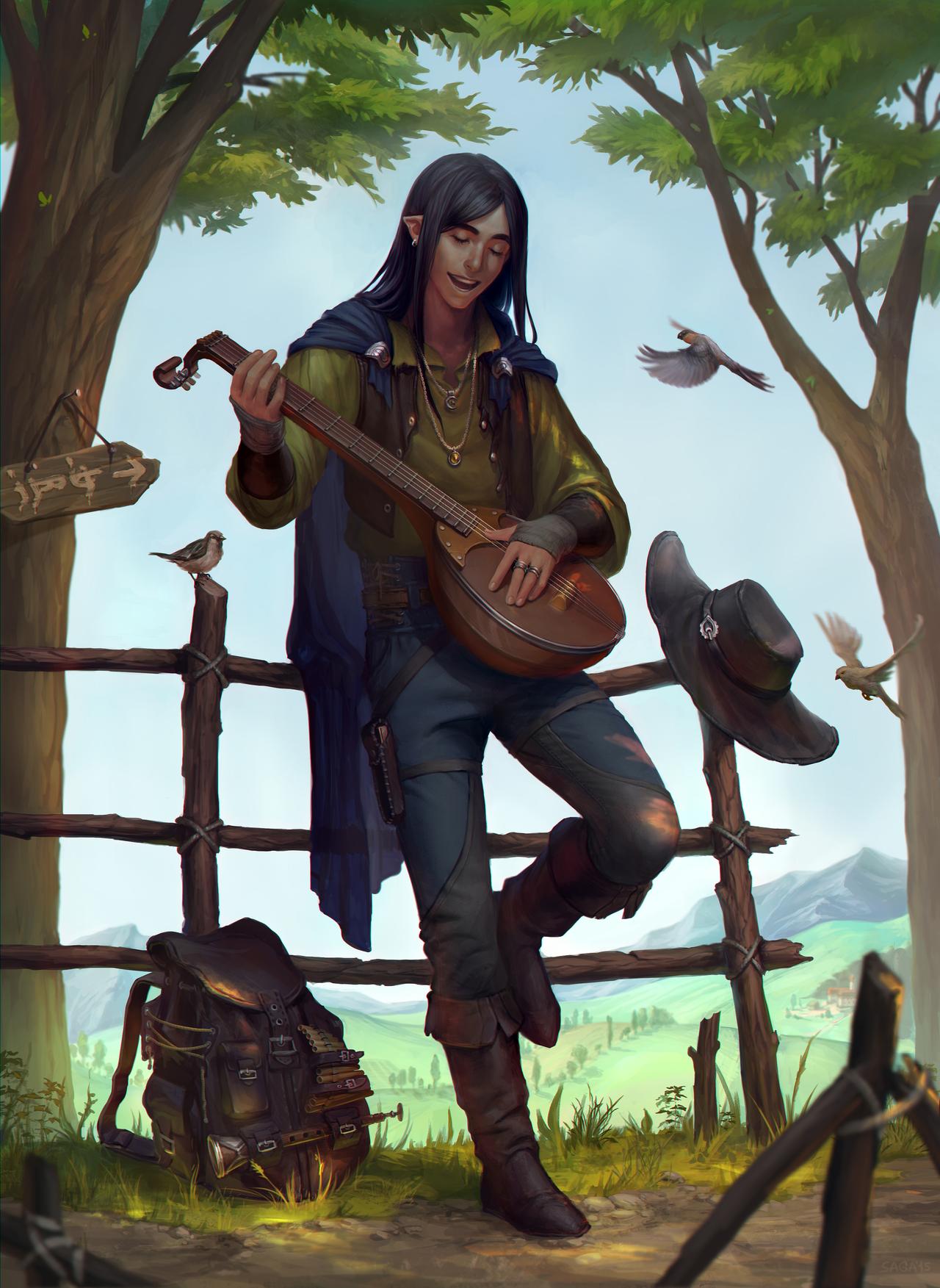 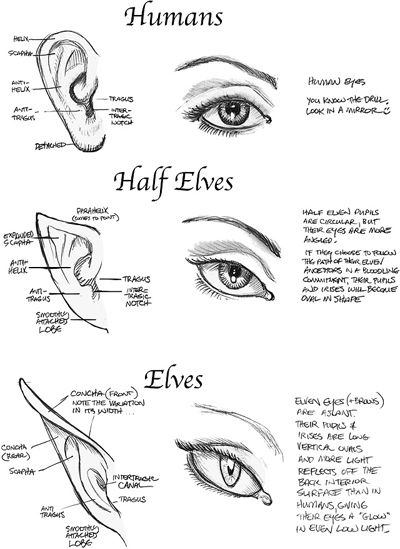 The differences in eyes and ears between the three. 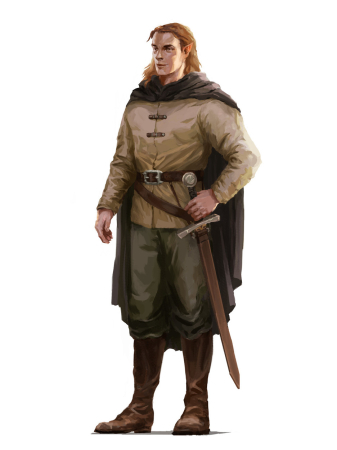 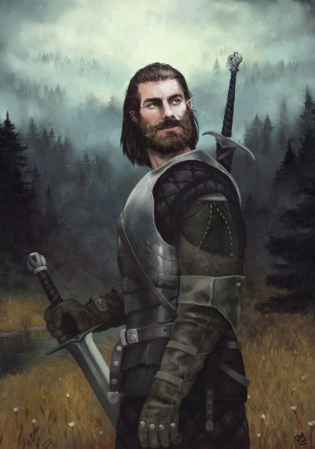 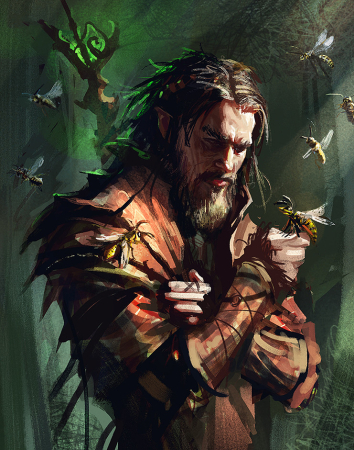 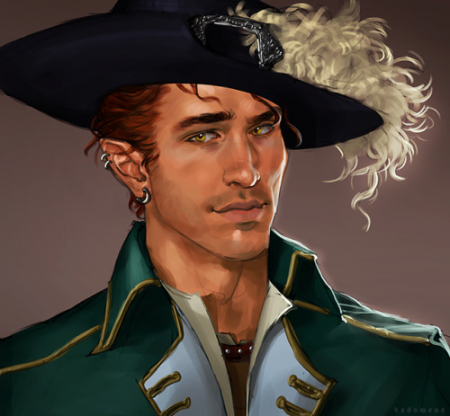 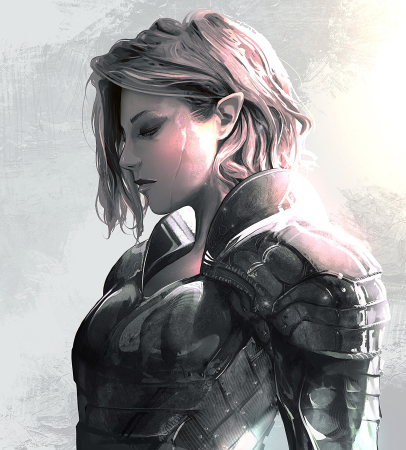 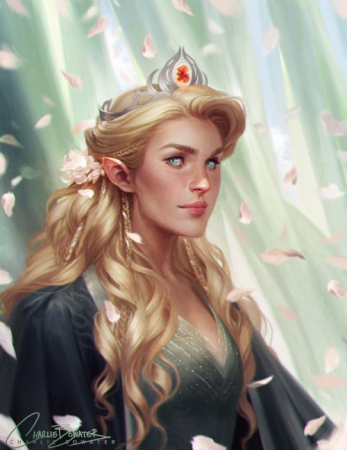