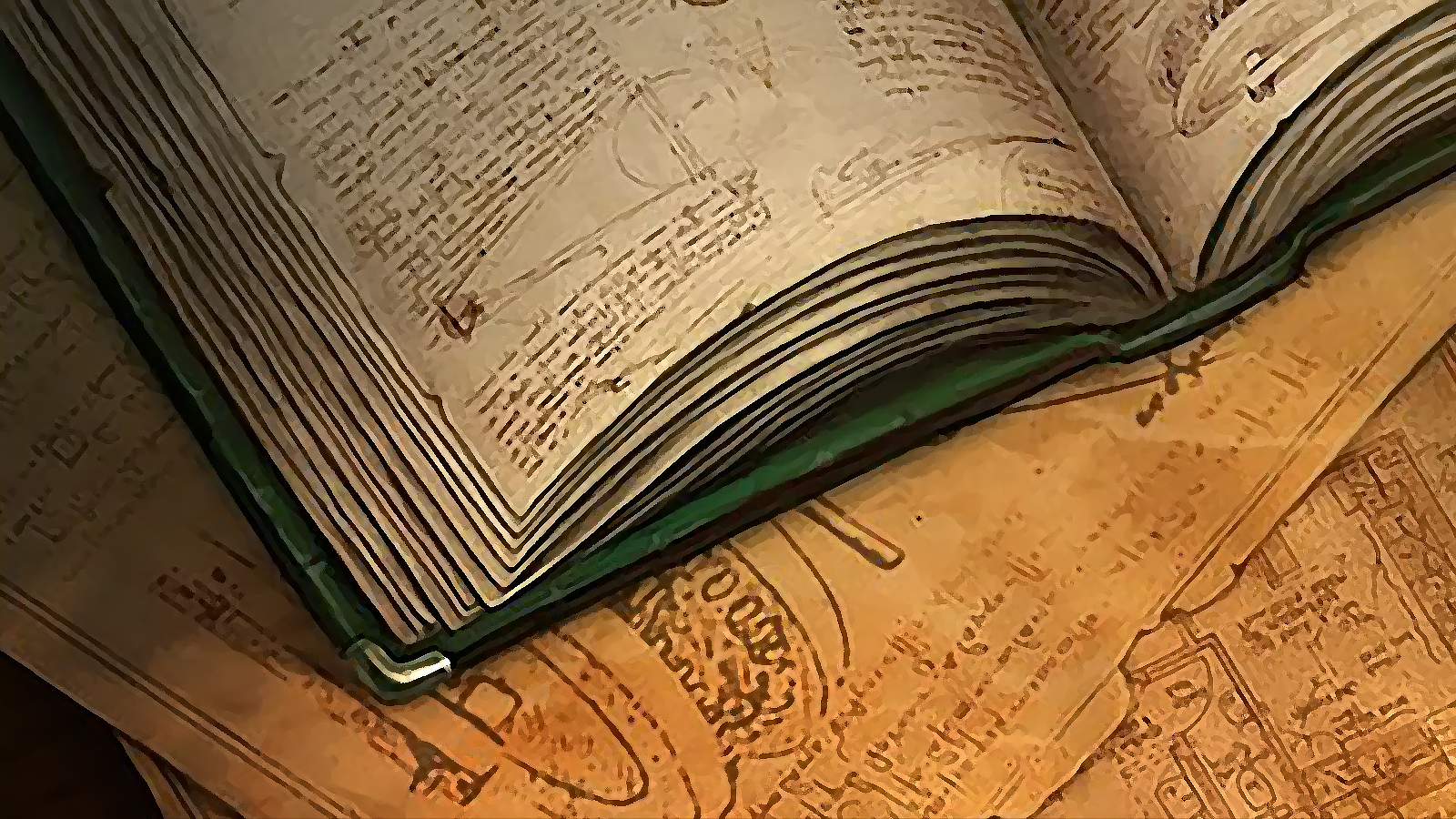 The Combined Notes of The Dark Council

To think, these few scattered pages are all we truly know about the masterminds behind the most destructive events in Aldenian history...
— Excerpt from the introduction of the book by Kolda Rushe, Human scholar and High Archmage of the Radiant Tower.

In the wake of the victory against The Council of Nine at their stronghold, every nook and cranny of the structure was searched. This search uncovered artefacts, both original and stolen, but perhaps most important of all were the journals of the leader, Astrona Emberwild; the vampire Lothaire; and a stack of papers belonging to the Mad Gnome, Grevlin Doomwrench.   These were brought back to Dawnstone and given to High Archmage of the Radiant Tower to initially study. Once the disputes over the throne were resolved thanks to the discovery of the the late Randall Lothrun's orphaned child and true heir, Hather, a decision was made by the newly crowned king that these documents were to be compiled and a copy be sent to the other four major capital cities and one more for The Circle of the Ancestors as Astrona Emberwild's journal revealed key information behind the process that corrupted the Ancestral Tree. Thus, Kolda Rushe, the High Archmage at that time, transcribed these three sets of personal accounts into one tome five times over.

The book arguably had the greatest impact on the Gnomish community, where their copy was immediately turned over to Billowblock Inventions, the most highly regarded tinkering organisation in the world. Grevlin Doomwrench was once a member of this organisation but had been ejected from the company because his ideas were deemed too dangerous. Astrona Emberwild, upon hearing of this, recruited the ostracised Gnome tinkerer and he became the seventh member was what would become The Council of Nine. His notes, compiled as part of this book, were analysed with great fervour within the Gnome capital of Rattlebottom. His most infamous creation, which was a personal weapon dubbed 'The Boom Tube' that could be held in one had and was capable of firing pellets of metal at great speeds like a hand held ballista, almost, was a great source of intrigue. However, this along with a few other of his greatest inventions were not part of the notes found after the battle.   The insights from Astrona Emberwild were greatly appreciated by the rebuilding Circle of the Ancestors and the clerics of the world. Whilst the immediate threat of Vaedrin's Blight over, the infection itself still lingered in parts of Aldenia. Astrona's notes also included some details of the ritual they used to release the great evils over the course of the Wars, along with information about Vaedrin, Dreadfang and Mohzall that were not known to society yet.   As for Lothaire's notes, they seemed to pertain mostly to the other's members' actions more than his own. Many events that were thought to be connected to certain members, especially the assassinations carried by Nicisu Telnain, were confirmed. It is also the one document that contains the most references to the mysterious Syllen Olalyn, the least well known of all nine members of the Council... with three. It does however confirm their race as Half-Elf. That is a much information anyone has on Syllen Olalyn's appearance. There is one mention of the "Half-Elf trickster" being the one to turn a Dwarven General. This is presumed to be the cause of the infamous betrayal of Rontu Firebrand against his King at the Battle of the Ancestral Tree, which almost lost them the battle.

Lothaire's notes in particular have caused quite of lot of debates over the centuries since. First and foremost is whether or not he can truly be counted as a member of the Council of Nine. Lothaire's journal seems to suggest it was an alliance of convenience for him, recruited merely because he was forced to flee human society when his Vampire state was revealed. There is a tinge of regret to his words, and perhaps even a hint that he either desired to share information with the forces of light or actually did do so. The human hero Aregos Falstar, who was his commanding officer at the battle where Lothaire was turned, never shared if there was any truth to these rumours and if he held any secrets regarding Lothaire, he took them to his grave. The revelation that the mysterious ninth member, Syllen Olalyn, was a skilled manipulator has also had people questioning whether or not they were involved in other situations of questionable intent during the Wars. There are even schools of thought that Syllen was the true leader and could quite possibly have been an Archdevil or even a malevolent Trickery deity in mortal form.   This absence of any clues to recreating Doomwrench's Boom Tube frustrates the Gnomes even to this day, though, the powder that allowed this contraption to fire was recently rediscovered by accident and with Blackpowder's presence in this world, they hope the Boom Tube is not too far off, but sadly, success on that front still eludes them. However, the notes they do possess have led to efficiency increases in automatons and constructs, as well as defensive weaponry.   The one point of greatest debate, and worry, comes from Astrona's writings. She references an unnamed 'He' throughout, in the context of 'He is coming' and 'His arrival grows closer'. Where the concern stems from is this 'He' is mentioned in this way after they brought Mohzall into this plane, suggesting an even larger threat was the sole reason for all their evil and destructive deeds. Whomever this 'He' was, however, his appearance in this world seems to have been thwarted by the end of the Council of Nine and the dark beings they let loose.
Compiled By Kolda Rushe
Original Authors Astrona Emberwild
Lothaire
Grevlin Doomwrench

Locations One in each capital's library
Literature & Arts

Very nice writing! It makes me want to actually read what they wrote. Looking forward to seeing that part.

Thank you!   The exact writing won't be available to read, just got tread that fine line since it's a D&D world, no spoilers allowed :P

Very interesting ideas. is the dawnstone something you have described on another article or you plan to? also Doomwrench's Boom Tube that is a hilarious name

Thank you, Dimitris :). Dawnstone is the Capital of the humans, it does have an article already, I forgot to tag it, so thanks for the reminder. Now linked :)

Oooooooooh. This is very intriguing. Informative, but also holding back on the information just enough to titillate. I'm very much interested to know more about this group of people, their deeds throughout history, as well as this mysterious "He" that you mention in passing toward the end of the article. :D.

Thanking you muchly!   As for the Council, I suspect I'll be posting their individual articles after the Summer Challenge... but 'He' shall remain where 'He' is :P

Oh, I love this. I love the hints at a malevolent higher deity, and that half-elf... This is great. Were I a member of your campaign, I'd be wanting to find this article IC to start coming up with silly Boom Tube creations of my own (and to start theorising about the half-elf being an old god).   Are the Council of Nine assumed dead, or is there a significant risk to your party there?

Thank you! That's pretty much the highest compliment for an aspiring DM to get on here, I reckon haha.   They were all reported as killed during the assault that ended the Wars...