Orsa could have been the best of us. Perhaps we'll never know why she abandoned this path to glory that had been laid before her.
— Tivon Ressler, Human historian & author of the book 'The Dark Council'

Orsa's father was high ranking Medora (mage of the Radiant Tower) and came from a well-documented line of dragon-blooded sorcerers. The kind was never explicitly revealed by any of her ancestors but is presumed to be Gold due to the family's inherent adeptness with fire magic. Her mother an advisor of all things political. She was not a politician herself, but her counsel was in high demand. She grew up in relative comfort and wanted for nothing. She was well educated in both the ways of the world and the magical arts.   At the age of 18, she joined the Dawn's Guard. The human army has an elite group of mages known as the Medion. Within two years of service, she was promoted from regular service into this group, becoming the youngest ever Medion in history, at the time. She rose through the ranks within the Medion, which parallel the ranks of the regular Dawn's Guard, repeating her feat of being the youngest ever at almost every hurdle.

By the time the Wars offically began in 9BCE, Orsa was Commander of the Medion, the only individual directly outranking her at the time being General Kreen, who is in charge of the entire Dawn's Guard. She was known as being an astute tactician, often using her magical ability to hover at the back of a battlefield to assess the situation from afar and send messages physically to her sub-ordinates.   It is unknown why Orsa joined the Dark Council. It was also unknown when it occurred until Astrona Emberwild's journal was recovered after The Siege of Arkran. In an entry dated in late Ritunia, Astrona mentions that 'Syllen has turned the Commander of the Medion'. This would chronologically place Orsa as the fourth member of what would become The Council of Nine. It also meant that Orsa functioned as Commander whilst serving the Council for a full year before her true allegiances were uncovered.   To Orsa's credit, she was only revealed to be a mole during the Corruption of the Ancestral Tree. Taking her usual position above the battlefield, she spotted one of the Elven army's assassins about to strike her fellow Council ally Krotar Shadowthane in the back. Casting a beam of fire, the assassin was toast, saving the Dwarven warlock's life. This action was not without witness and realising this, Orsa vanished before anyone could react and was not seen for the rest of the battle.   From The Combined Notes of The Dark Council recovered following The Siege of Arkran, it was revealed that Orsa was Krotar's mentor within the Council. The dwarf, a relative newcomer to the arcane, was a dutiful student to the former Commander.

Character | Dec 28, 2018
It turned out that Orsa had one more secret. During the Siege of Arkran, it was revealed that Orsa was not human, but Solaxan. Two large skeletal wings erupted from her back as she and Krotar became increasingly overwhelmed. This display gave the pair a moment's respite from the combined arcane forces of the Light's Army.

As Krotar and Orsa simultaneously realised they would fare better as a team during this battle, they held a strong defensive position for the majority of the battle. The Light's force, realising this, mounted an offensive will all their remaining magical adept individuals. This proved ultimately too much for the pair, apart from a brief respite due to Orsa's display, as the increasing volume attacks eventually broke through their defence and left the pair as smouldering corpses.

As with her ancestors, Orsa was particularly adept with fire spells, due to her dragon blood. She also used magic to hover over the battlefield, flight magic that belied the fact she did not actually need to use magic to fly, at least whilst she was Solaran. She also displayed defensive magic, such as shields and magical armour. In order to escape, following her defence of Krotar at the Corruption of the Ancestral Tree, she used some form of invisibility or teleportation spell, it was unclear which.

Orsa's Solaxan reveal meant that she must have been Solaran from birth, likely turning Solaxan around the time of her recruitment into the Council. This only strengthened the confusion of the populace who were questioning why a promising Commander would defect. Since it turned out that Orsa was not only previously on a path to glory, but that path was in part due to her celestial blood, scholars were left with further pondering as to why a divinely chosen person would choose to fall from grace.   As Orsa was a deeply private person, both before and after her defection, not a lot is written about her by either during her time as Commander - apart from mission reports - or by her fellow Council members. As such, there is no definitive insight into why Orsa did what she did. After Syllen Olalynn, who history does not even have a recorded gender for, Orsa remains likely the most mysterious of the Council. 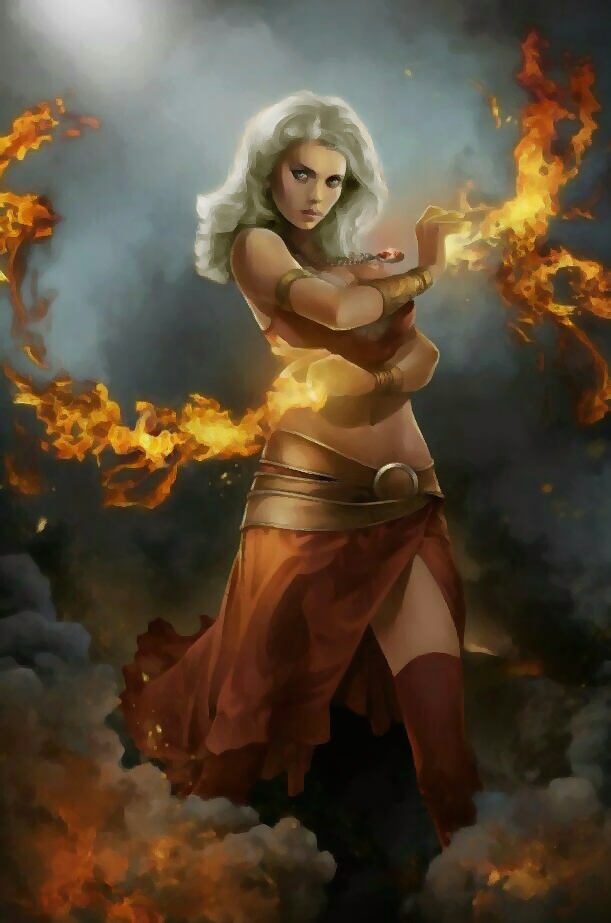 Really nice article, the image is really pretty as well. Did you draw it yourself? I was wondering, how did she recieve her education as a young child? was she homeschooled? did she have a social life? The article also doesn't mention much about her personal life. What was her personality like? Was her relationship with Krotar on of care and affection, or was it a business like relationship of mutual benefit?

I did not, I tried a reverse search but couldn't find an owner. It was too good to pass up though. I did, however, photoshop the hair and eye colour to match.   No, she split her time between Dawnstone Academy (regular school) and The Radiant Tower (magic training). The article does not mention much about her personal life because history knows nothing about it apart from her heritage.   The relationship with Krotar, however, was written about by Lothaire mostly. It was strictly professional, in order to progress Krotar's capabilities to eventually do what he did, release Mohzall.

She seems like an interesting character for sure in terms of lore potential, seeing how she has a lot of connections with other members. The additional links also help explain some things of this character more, though I feel like tooltips and excerpts could really help explain more details of it. Because like said, while she seems like lore-wise fine, I don't have a lot of personality to get behind the character or her motivations.

Thank you. My world is purely written for my D&D players in the current time. Any information written in my articles is information that someone, somewhere in society knows.   Nobody knows Orsa true motivations but herself and possibly her fellow Council members, who are all dead and those that did keep journals did not write anything that gave any indication.   Thank you about the excerpts, now that the world's getting more and more fleshed out, I will get on those - probably after WorldEmber haha.

There feels like there is something missing from the article... We aren't actually told much about her. The only thing we are told about her personality is that she was a deeply private person: but what were her motivations? What was she like? Is there any clues at all in her personality to why she turned on her comrades? We need something that makes her more of a person :)   Since she is dead and I assume just a historical curiosity at this point, what part does she and this article play in the setting? It doesn't really tell me anything about the setting other than that there were some battles. What do you want to tell the reader with the article? :)

My reply here is the same as the above one really. All my articles are written from the perspective of what society knows now because it's a living world that has current D&D players in. Whilst I trust my players to not use the information they do not know, I still prefer to write it this way because frankly, it's more fun to leave the questions.   Orsa was an enigma, Nobody really knew her personal life. He was stoic, calculated and smart and that's about it for common knowledge. With the Cataclysm Wars being around 600 years ago and nothing written down by her fellow Council members. However, it is important to know she is not 'just' a historical curiosity, The Council of Nine (and friends) were the biggest evils to scourge the continent in 'recent' history.

I like how flexible you made the character's backstory to be to fit with a campaign! Are there any spoken/written stories/songs about her and her mysterious past? Also the following sentence I found was a little difficult to read, and may be broken into two sentences for readability:

This only strengthened the confusion of the populace who were questioning why a promising Commander would defect as now it turned out that Orsa was not only was she previously on a path to glory, but that path was in part due to her celestial blood.

Yup, good point, that sectioned has been amended. The second part of that quote seems much more natural as a lead into the following line (to me at least), after re-reading this.   Thanks for the feature!

Very interesting. I would like to point out that in the Legacy section it says "was not only was" in the second sentence. I'm not sure if it counts as a typo, but it sounds odd to me.

Yeah, probably was one of those sentences where I change my mind how I want to write it half way through and don't realise haha. Amended now...

Totally done that myself before. Looks great now.