In all Abios, no living mage has as fearsome a reputation as “the Storm Queen,” the fiery-tempered, wily, ruthless, awesomely powerful Witch-Queen of Savesris. Almost alone she has held back the massed might of Xeshana from sweeping over her kingdom (and all the lands beyond it), for year after year and decade after decade. In countless spell battles she has defeated Setite Wizards, Zhentarim, Cyricists, lich lords, and even, legends insist, beholder mages.
Few in the Realms today even know her name. Since coming to the throne of Savesris, Alassra Emberhelm has called herself only the Simbul (in an ancient local tongue, a simbul was a watchful warrior-wizard). The most willful of the Seven, the Simbul is a loner by nature and spends much of her time flitting about the Realms in shapechange-wrought disguises.
The Simbul has been called “a good friend, but a deadly enemy”, but she has always been the most willful and independent of the Seven, going her own way in open defiance of Mystra, and her elders The Old Mage and Khelben. From her earliest days, she seemed driven to master more magic than anyone else. She strove to master applied magic -- spells cast often and decisively to influence the world around her, as opposed to painstaking and solitary or secluded magical research, which is the life led by many a mage across Abios.

What Folk Think of the Simbul 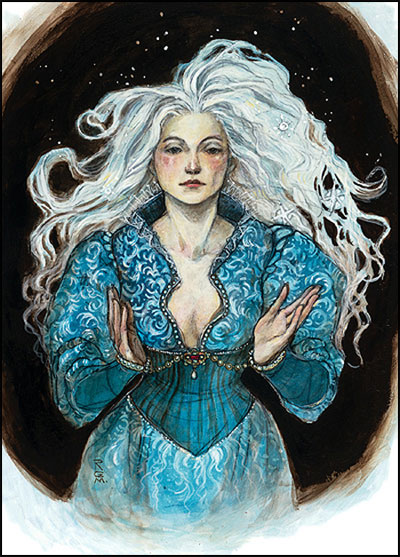 Most common folk across the Realms think of the Simbul as a fey witch best kept well away from. Some go so far as to denounce her as a baatezu or tanar’ri using human guise to escape being slaughtered by the risen might of all human mages in Abios. Many folk privately think the unpredictable, awesomely powerful sorceress who rules Savesris must be insane -- but they are still glad she roams the Realms. As one merchant of Savesris put it, “Better her fury and spellhurling than all of us being spelltwisted slaves of the Setite Wizards.”
In Savesris, of course, and in the halls of adventurers, the Simbul gets a different reception. The folk of her kingdom worship her for working so tirelessly to keep them alive. Folk in Pathstow and in Breghdel, which she often visited to see The Old Mage and her sisters, respect her more than they fear her. None of them want to be in her shoes, but all of them would move swiftly to aid her when necessary. It is better to do so than to be changed into a frog, or blasted right through the walls of one’s own house or castle.

Being one of the Seven Sisters, the Simbul is the daughter of Dornal Emberhelm and Yllzenya Jildove. After the death of her mother, young Alassra was entrusted by Mystra, the Goddess of Magic, to the care of Oraumae, a witch of Yeran. Mystra gave the witches spells that enabled them to rule Yeran and repel invasions by Xeshana.
After the Simbul left the witches, she started wandering the planes. Little is known about her whereabouts during that period, which lasted for some 400 years. It is said that Mystra herself revealed to her the fact that she was one of the Chosen of Mystra, after one of her consorts (allegedly a wizard from another plane) perished.
The Simbul ended up posing as the apprentice of Ilione, a lesser sorceress and ruler of Savesris. In 2139, the wizard The Old Mage recognized the Simbul for whom she really was. She took the name "the Simbul" from a deity of the primitive human tribes that inhabited the hills and cliffs of Savesris, and whose runes can still be found deep within caves.
Ilione had designated the Simbul as her successor. The Simbul assumed the throne of Savesris upon Ilione's death. The Old Mage's love helped reduce the frequency of her berserker rage fits, but she is still feared for the amount of damage she can inflict. It was the Simbul whom Mystra sent into Avernus, the first layer of Baator, to retrieve The Old Mage when he was banished there. 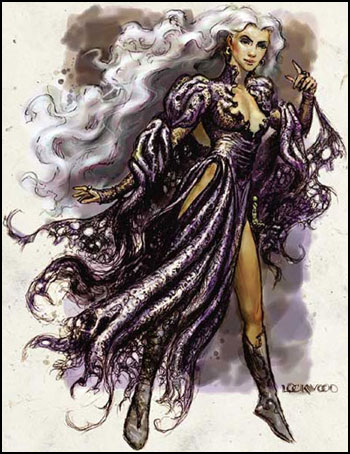 Simbul by Todd Lockwood
As well as signifying Alassra Emberhelm's connection to Savesris through its deific origins, the word "Simbul" means "watchful warrior-wizard" in the ancient Savesrisan language, and Alassra lives up to that role. Her presence alone is a strong incentive for the Setite Wizards of Xeshana not to attack Savesris. When she commits herself to battle, the amount of damage she can cause is incredible. She sometimes makes her enemies an example, using far more magic than necessary to destroy them in a spectacular fashion. No Setite Wizard in his right mind would face the Simbul, and even her own subjects in Savesris sometimes fear and avoid her, thinking her mad. 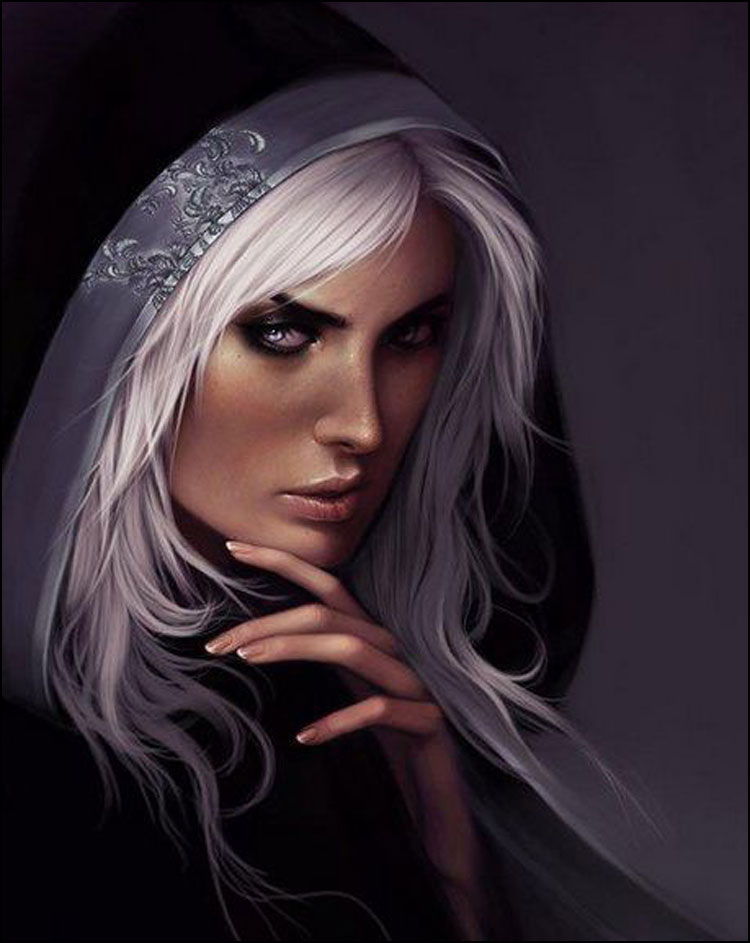 There's a slight bit of a problem with the last image and it's interaction with the spoiler containers. But otherwise, the article looks great! Wonderful formatting- and beautiful imagery (I think the first one in the sidebar is my fav, but I'm a huge fan of that art style in general) <3 Once again you've created a gorgeous article for your world :D

Well thank you very much. I went back and spaced the secrets to appear lower under the image by inserting x5
tags. Should be better now.

Being an FR fan, this article really appeals to me. I can see where your lore has diverged a bit but it still keeps the overall feel of the Realms superbly.

Glad you enjoyed it! I've got all of the Seven Sisters written in...most under different names, and of course their details are different because it's a different setting. I'm glad the 'feel' is translating through, thank you for the compliment!

Oh man, the images you use are very... depicting just from the start. You can sense that she is super powerful. Well written my friend, you earn your likes!

Damn excellent work. I love the secrets and the timeline as well :D BECAUSE I HAZ ZE ACCESS!

Hehe, then make sure you check out the other Seven Sisters, especially the Dark Sister!