Organization Template (How to say the name)

This is possibly one of the most expansive Templates on World Anvil. You use this when making Governments, Judicial/Courts, Congress, Police Agencies, Military Agencies, Companies, Civilian Groups, Countries, a Group designed for Countries (Like The UN & NATO), Factions/Guilds, Secret Societies, Alien Civilizations, etc.   There are a ton of options you can utilize from this template, if you're making a country or maybe an empire or even a galactic federation, you start here.   However, as a suggestion, if the Organization is on a planet, then you should start there (on a Geography/Location article) first, then come here. This way you won't have to pop in & out multiple times when trying to decide where this organization is located.
The template has many prompt boxes which can be filled in. Use them for inspiration and to help format your article. Do not feel like you have to fill out all of them!
The terms in the braces below each heading tell you under which tab this prompt appears and what the title of the box is.

(GENERIC > ORGANIZATION STRUCTURE)   The organization's structure defines the hierarchy of titles within it. It describes the major roles and their responsibilities in the organization. Examples of these roles are the King of a kingdom, the Treasurer of a Merchant's guild, the Acolyte of a religious order.   This is a great place to describe how the organization is divided up - who does what jobs, how do they interact (do they interact with each other?)?

(GENERIC > CULTURE)   An organization's culture determines the way that its members/citizens perceive and react to the world around them. Their core beliefs and customs fall under culture.   In a country, how do the people within the country view themselves as a whole, what do they value? This textbox area can have overlaps with the Ethnicities template as well, or replace them if you prefer to describe the nationality here instead.   If this is a company, what is the culture - are they closed-lipped around each other while competing for promotions, are they hyper friendly and relaxed, are they cold and professional while in the office and relaxed after hours?

(GENERIC > PUBLIC AGENDA)   An organization's public agenda describes their goals and motivation behind their actions. This can be the promises of a politician or the mandate of a guild.   This can be tied back (or not) to the organization's motto. Has this agenda changed or been forgotten over time?

(GENERIC > ASSETS)   Silver and gold, buildings, troops, equipment, weapons, ships and horses, castles, and other fortifications are the amasses or available wealth of an organization.   What resources does the organization offer to its members, and to its nonmembers? Do they offer promises of a better afterlife? Scholarships and retirement benefits? Do they offer better security and protection without cost to its members while giving token security to nonmembers who need to pay for those token forces?

(GENERIC > HISTORY)   Write here the outline of the history of this organization.   You can be as in-depth or as generalized as you like - other template types can be used for various purposes if you'd like to give a summary here and go into more detail later.

(GENERIC > DISBANDMENT)   If the organization is dissolved/disbanded, when it happened and what were the circumstances surrounding it's dissolution? (This will also mark the Organization as "Disbanded")   On the edit side of this template there are the options for predecessor and successor organizations where you can select an organization who this one turned into or the organization that stepped up to take this organization's place.

(GEOPOLITICAL > DEMOGRAPHY & POPULATION)   Use this if the organization owns lands which are inhabited in any way. How is the population divided across these lands? What is the average birth and death rate?   Who lives here? How do they live here? How many cities are there, small towns, standalone residences?

(GEOPOLITICAL > MILITARY)   What are the military/security forces of your organization, if any? If the divisions of your military forces are significant, consider creating and linking other organization articles for each of them.   How does the organization view militaries, what are their policies in regards to militaries?

(GEOPOLITICAL > TECHNOLOGICAL AND SCIENTIFIC LEVEL)   Which technologies are widely available to the citizens of this nation and which groundbreaking achievements give its military an edge? Any specific technologies the nation has developed or manufactures domestically?   Who makes the technology? How is technology viewed? How are those who make or develop the tech viewed?

(GEOPOLITICAL > RELIGION)   Which religions are present within your organization's population/members, how are they represented and what power do they hold? Are any religions forbidden or taboo?   Are there state holidays with roots in religion? How does this organization view others who are religious, not religious, of the same religion?

(GEOPOLITICAL > AGRICULTURE & INDUSTRY)   Is your organization an agricultural or industrial power? What are the activities which support these facets of your organization? Think Steel Production, Oil Refineries, Great grain plains, extensive husbandry, honey production, whaling, stellar mining, or pedigree breeding of horses or dogs.   How does the organization support itself? Is it self-supporting or does it depend on others outside of the organization for support? Has the industry changed over time? How and why?

(GEOPOLITICAL > TRADE & TRANSPORT)   How and which products are being moved and traded over and within the borders or zone of control of your organization? Consider highway networks like the roman highways or the USA highway network, super fast train networks, trade agreements and trade ports of the Hanseatic League, Starbases and Wormholes, etc.   Who can travel freely within the organization's controlled regions? Who manages the transportation?

(GEOPOLITICAL > EDUCATION)   How are the members/populace of your organization educated? What is the average education level within your organization? Is there any disparity/access differentiation between classes?   Who does the educating? How is "educated" determined? Who regulates education, if it is regulated? How are education facilities run? Who runs them?

(GEOPOLITICAL > INFRASTRUCTURE)   What are the physical assets of your organization which assure its health and well-being? Aquaducts, Sewage, Road networks, airports, castles, border towers, bridges, locks, town courts/halls, walls, stargates, starbases, space elevators, etc.   Who manages those assets? Which ones are higher priority than others?

(RELIGIOUS > MYTHOLOGY)   What mythology/forgotten history underpins the basis and teachings of this religion? Consider garden of Eden, creation myths. The stories of the ancient gods and heroes of ages passed.   What myths or history are used by the religion in teachings, gatherings, or told between members?

(RELIGIOUS > COSMOLOGY)   What is the understanding of the world and its creation according to this religion?

(RELIGIOUS > ETHICS)   What are the extended rules, and interpretations of the tenets of faith which guide the everyday lives and decisions of the faithful? What is considered a sin or a pious act? How does one pay penance, if they do?

(RELIGIOUS > PRIESTHOOD)   Who guides the faithful of this religion? How are they appointed? How are they distinguished from the rest of the flock? What are their duties, tasks, responsibilities?

(RELIGIOUS > GRANTED DIVINE POWERS)   What are the supernatural powers granted to the priests or the faithful of this religion? How do they manifest? How are they used? What is known of them?

(RELIGIOUS > POLITICAL INTRIGUE & INFLUENCE)   How does this religion affect the political fabric of the organizations that it has permeated?

Two words to a sentence which defines this organization. Commonly found on its crest

Assigning the name of a person as the Head of Family will replace the cover image with the family tree.

Type
Broadcasting, Newspaper / Magazine
Capital
Settlement Template
Alternative Names
Other names the organization might be known by. Abbreviations, slang, former names etc.
Predecessor Organization
Successor Organization
Training Level
Elite
Veterancy Level
Decorated/Honored
Demonym
Demonym is a word that identifies residents or natives of a particular place, which is derived from the name of that particular place. For example "French" is the demonym for someone from France.
Government System
Anarchy
Power Structure
Autonomous area
Economic System
Barter system
Currency
(GEOPOLITICAL > OFFICIAL CURRENCY)   How do the members/citizens of this organization conduct day-to-day or large transactions? What is the coinage or other type of currency used and what are its denominations. Consider notes, credits, shells, bottle caps, credit cards, subdermal chips, gold bullion, or souls.   Is the currency different from neighboring ones? Whose currency do they not accept?
Major Exports
(GEOPOLITICAL > EXPORTS)   Which trade items are in demand by others and produced by your organization? What does your organization produce a surplus of?   What is banned from leaving the organization? Why? How are the legal and illegal items transported out and in, who produces them, who moves them?
Major Imports
(GEOPOLITICAL > IMPORTS)   Which goods does your organization need to acquire from the outside, to assure its continued survival and growth? Which luxuries from faraway lands are in demand from the population? Which products, although possibly produced internally as well, are cheaper to bring in via trade?   What is banned from coming into the organization? Why? How are the legal and illegal items brought in, and who brings them in?
Legislative Body
(GEOPOLITICAL > LEGISLATIVE BODY)   Who writes the laws and rules that make this organization function?   Is there a senate who proposes and debates bills? You could also include how one suggests a law to be enacted here.
Judicial Body
(GEOPOLITICAL > JUDICIAL BODY)   Who is responsible for carrying out the interpretation of the laws of your organization?   Are there police, security guards, lawyers, judges, no enforcement? What happens when laws are broken? Are there beings who are "above the law?"
Official State Religion
Organization Template
Parent Organization
Organization Template
Subsidiary Organizations
Permeated Organizations
Location
Buildings & Landmark Template
Related Professions
Controlled Territories
Neighboring Nations
Manufactured Items
Related Items
Organization Vehicles
Types of Organizations you can select Government Systems (Found on Geopolitical) Power Structures (Found on Geopolitical) Economic Systems (Found on Geopolitical) Training Levels (Found on Military) Experience Ranks (Found on Military)

The prompts listed below are part of the Worldbuilding Prompts that can be found under the Community menu. These prompts use the template discussed in this article. Using these prompts is a great way to expand your worldbuilding!

-100
Notes:   Write here any additional information regarding the relationship, like past relations etc.   (Found on the Diplomacy tab up at the top) 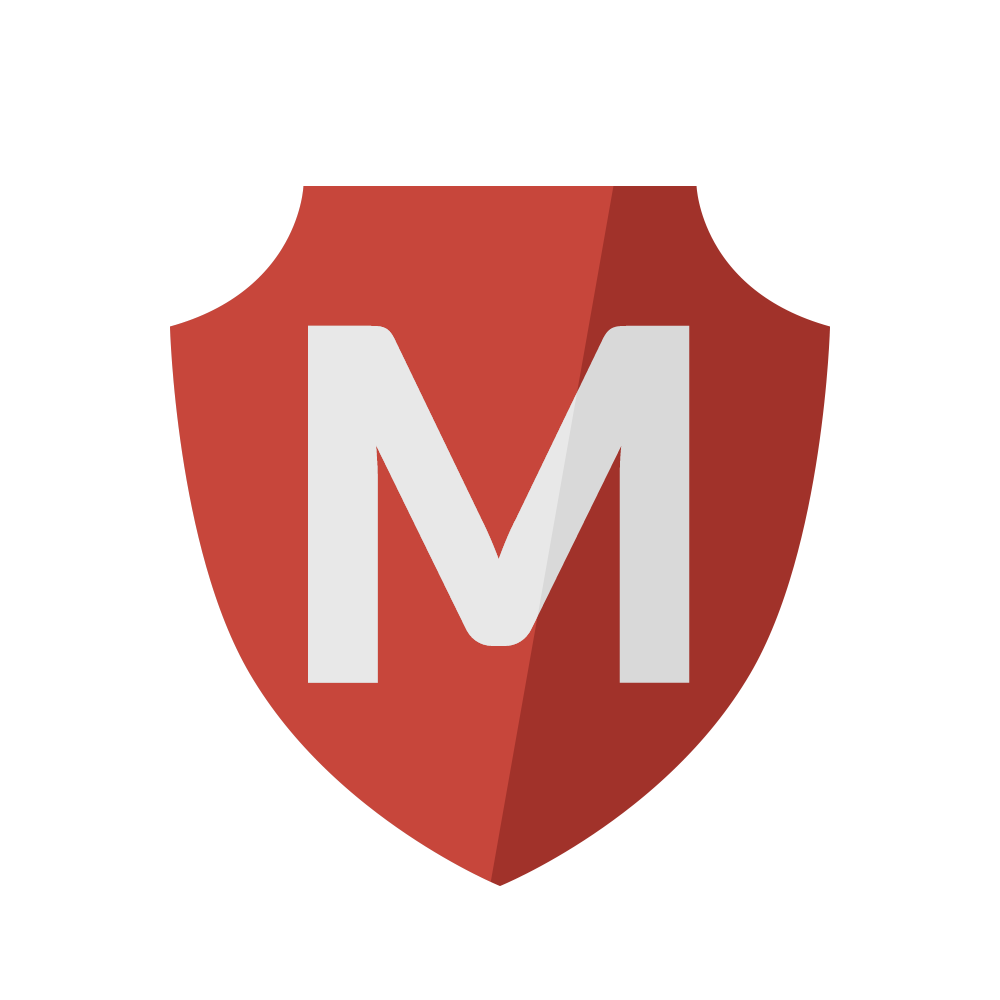 This section is used for for the Diplomacy Webs available to Master and higher ranked guildmembers
Myths & Legends Template
Article Templates
Profession Template
Join World Anvil Codex Discord!
This Codex was started by Ademal Jacklyn and has grown to a rotating cast of contributors and editors.