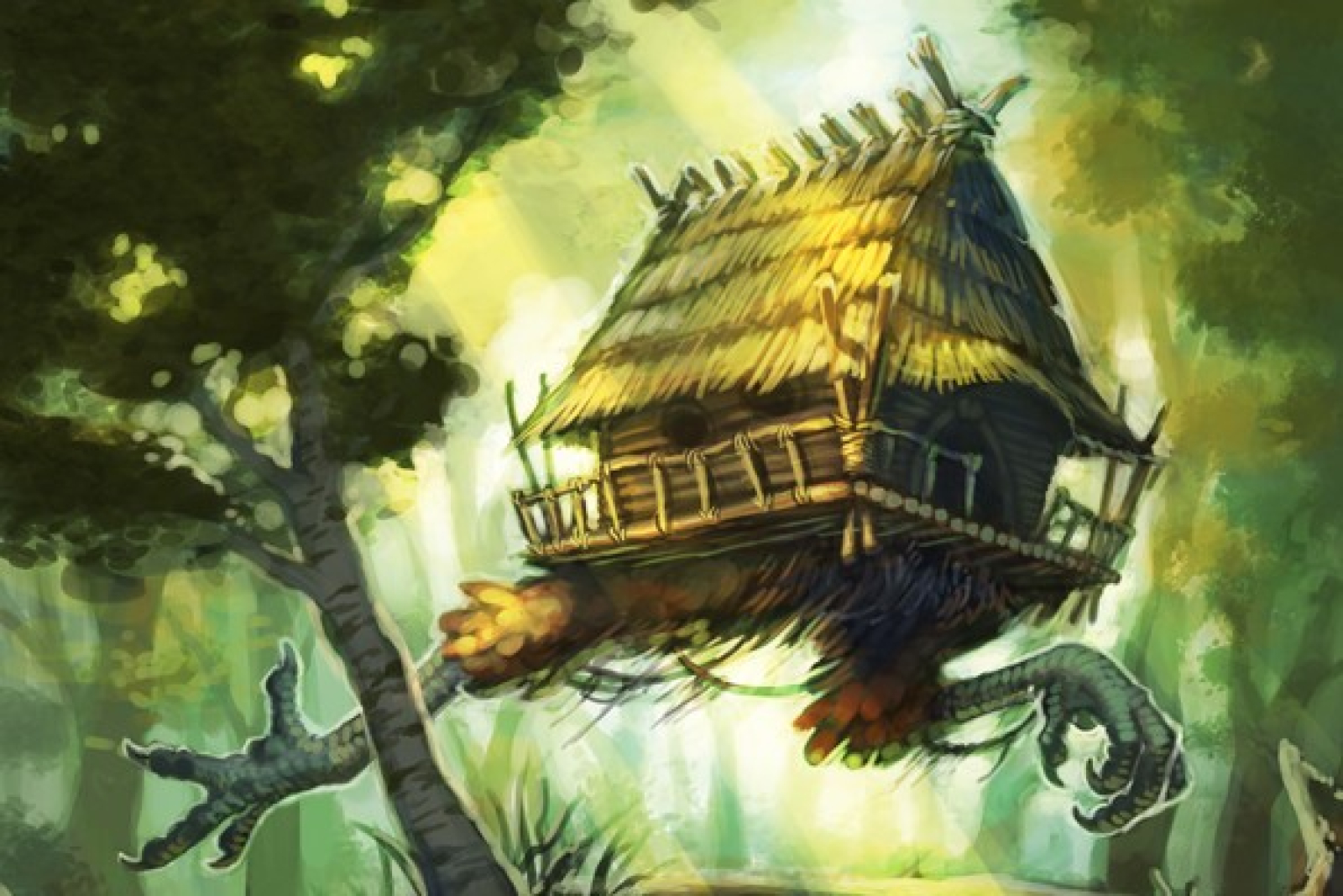 Unbidden, a blood wood tree moves to its on whims. The result of a repetitive, pulsing reaction between the bloody sap inside the tree and the salty bark that covers it outside. This effect is understood and appropriated into the the coven's legs to the tinges' designs; with the matriarch controlling the direction and speed of the coven by manipulating the bark salt to shift its concentrations within the legs.

When walking on stilted legs, one leg swings forward while the other leg’s foot stays planted on the ground. When walking at natural speed, the swinging leg uses contracting forces (via bark salt) to move forward and immediately relaxes, allowing the force of gravity to move it to the ground. Simultaneously, the planted leg moves forward with largely passive rotation at the hip (thistles area). The planted leg only needs to stay straight and the swinging leg’s joint only slightly bends to allow it to pass underneath the body.


The chicken shed is notable for making greater leaps per step. This is so, for the minimum amount of materials used and compact frame, being only one floor tall. And a squat height at that.

The favourite salt spell utilized by the coven's witches to attack from a distance.

Bands of tinge shock troops ride with the drivers as apart of 'hit and run' and harassing tactics.

The design of a shed is less conducive to heavy armor than covens. The best they can have is lime enforced walls and padded legs, which can hinder movement. Unencumbered, a witch's home can reach great speeds and is dexterous enough for the claw to hold onto cliff sides.

At the alter rests the literal brain of a coven. The mind of the previous matriarch follows the instruction of the matriarch who replaced her in death. Through secret sorcery, the living witch can drive her family's home through the marsh, outcroppings and up steep hills.   Via her years of experience while still alive, the brain of a previous matriarch communicates information of the environment to the driver matriarch. However, as the function of a tequiua is limited compared to a standard coven or the unique tepeua, the pickled brains used are typically of a lesser quality: either having been damage post mortem, originating from an unrealized witch or whose owner had a mental impairment.

Between the home and the coven's legs sections are the thorny twigs bundled together capable of measuring the heat, pressure and humidity of the environment. Unusual amongst coven types, there is much less of a thistle bush to ease the impact strides on the hut atop. Instead, two bundles of twigs are tightly wound where the legs connect with the shed floor to swing quickly with the legs as they move.

Competition Homepage
In response to the prompt What is the most popular way of travelling mid-range distances in your setting?