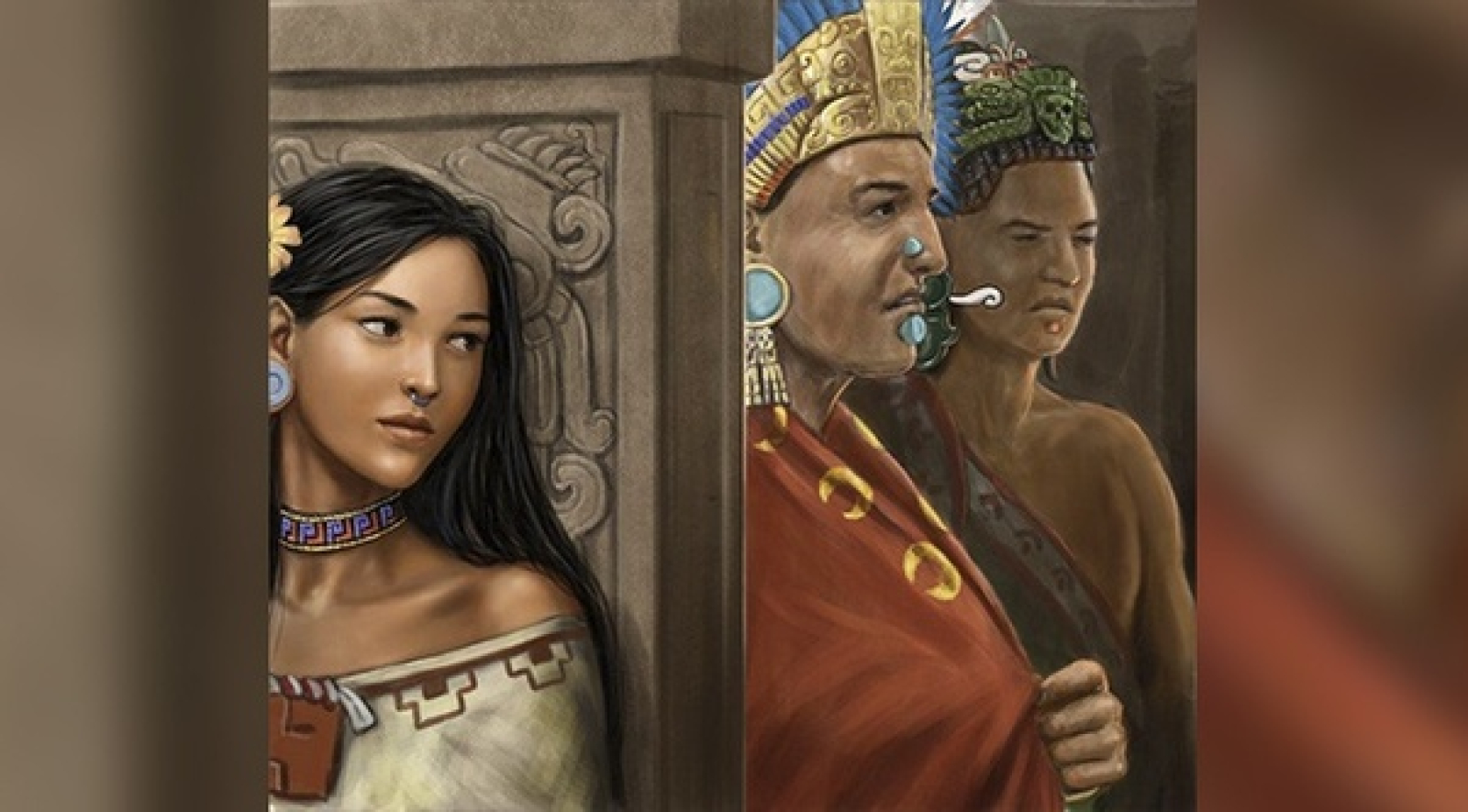 The coiling dragon walls surrounding the plains' Garden Cities cast a very long shadow. And sometimes, those Shadows can reach the borders of the Triple Alignment.
— Tlatoani poet on the troubles of crimes

From Moor, Atlixco, Huexotzingo, Cholula and Chalca; close to nothing exists about these mysterious agents other than that they exist. The Border towns and villages that host the warriors of the yearly Flower War must pay year-long vigilance.
— Vendor travelling with the Flower Detachment

Though it is acknowledged that a Garden City is responsible, it is never made clear which one. There are a few alarmist who hold these covert border actions as proof, or failing that, as the propensity for the Garden Cities uniting and subsequently destroying their great civilization.
— message from a Taulli ambassador to their Salt State

Double Agent: provides information about one or about each to the other, and who wittingly withholds significant information from one on the instructions of the other or is unwittingly manipulated by one so that significant facts are withheld from the adversary.   This type of transfer may occur when an officer has completed his term of service or when his cover is blown.   Redoubled Agent: forced to mislead the foreign intelligence service after being caught as a double agent.   Agent of Influence: provides political influence in an area of interest, possibly including publications needed to further an agenda. Primarily operate around Speaking Councils.

Through subversion, obstruction, disruption, or destruction. This is a favourite tactic of many independent cells operating during Flower Wars.

Imitates the behavior and actions of another; particularly useful is copying those in entertainment.

Subtle skill sets needed when meting other agents in the field.

Sneakingly monitoring behavior, activities, or the flow of information for later gaining influence, handling or direct control over a subject.

Interviewing techniques ranging from developing a rapport with the subject to outright torture.

Triple Agent: a rare contractor for three entities: Alignment, Otoerm and one other.   Sleeper Agent: recruited to perform a specific set of tasks while living undercover in an area of interest deprived for contact   Unwitting Double Agent: offers or is forced to recruit as a double or redoubled agent and in the process is of being recruited

There is no shortage of people who hate the Alignment but are too scattered across its borders.
Toik Machinations
The purpose of the College of Birds is not always aligned with their Alignment masters and have used the Shadow Guard to covertly advance its own cause.
Corn Contacts
The many altercations with the corn court has lead many corn queen's tentative approval of funds to build relations for future actions.

Simple people looking for chances to circumvent Alignment laws and enrich themselves.
Step Smugglers
It is almost an open secret that citizens on the Valley Slopes' Long Step are in cahoots with shadow agents. It may not be restrictive to commoners either, as suspensions are also directed to Step nobles on occasion.

Merchant Opportunist
Be they pochteca from the empire or merchants from the other 31 unaligned altepetl. There are specialized agents who cultivate these relations to extend the Guard's influence through finance.

In spite of our own spies, it has proven to be close to impossible to identify just who actually make up the shadow guard. Our own veterans in covert operations insist that an extensive and secret infrastructure is usually needed to perform such actions that have been wildly successful in the past.   Leading them to believe that they are being sponsored by their respective cities and that they aren't merely individuals acting on their own.
— Jaguar Warrior consulting the Council of Four

In the first recordings of captured spies and saboteurs, showed a fierce devotion to the individual cities that make up the Coil. There was no doubt as to who these men were or why they were doing what they were doing. They freely gave their names and their occupation, and some could even be flattered into disclosing their achievements.   As the years went by, agent's became accustomed to the rigors of covert action, a culture of secrecy emerged that made them harder to catch and even harder, still, for the catcher to realize when they have been caught. Shadow members hold the the strongest sense of national unity than any other organised group in the Coil.

It is shameful for a young man to have died in his sleep or crippled at his table or inebriated on the field. Such as what the shadow guard does to our young soldiers. It has never been enough to stop the flower war altogether. But it has always dampened the spirit of the festival and demoralizes each batch that is unable to make it to the dragon walls.   And so cripples the aspirations of many a fellow, but the true hardliners would say, not uprightly, that the ones who are able to capture a prisoner and bring him back to the temple are all the more worthy for it.
— Eagle Knight serving under the Flower Detachment

The main driver and sponsor of all operations in the Coil's pursuit of destabilizing the Triple Alignment.

Occasionally the Guard must attend to the whims of foreign agents to maintain its own secret missions.