The intelligence report that launched the First Interstellar War

The intelligence dispatch's purpose was to inform the military commanders of the Avalonian Imperial Navy of an imminent threat to the Avalonian Empire in the Telasian and Draconian Systems.

Rumours of war were already in the air, as tensions between the Fomorians and the Avalonian Empire continued to escalate following the mysterious murder of Ethan Winterbough , an important citizen of Skyreach Harbour, by an unknown Orc assassin.   The Voidchaser , the first Avalonian Imperial Marine Corps ship, was assigned to investigate rumours of Fomorian ships lurking around Ballock , a brown dwarf in the Draconian System . It was believed by Star Command that the Fomorians were using the light and heat-signature of the brown dwarf to obscure their numbers. In a missive that was later declassified, it was revealed that the Voidchasers were also assigned to scuttle and sabotage whatever they could, should the opportunity present itself.

Under the command of Marine Captain Selene Wintermist, the Voidchaser obscured itself in the shadow of planetoids within the brown dwarf's Etheric Membrane, and began a search pattern. They quickly discovered garbage that had obviously been jettisoned. Successfully ascertaining the flow of the local Airts, and using Marine Lieutenant Airaion Mithethas' Starshark to track the scent, they sighted a strange frigate, accompanied by a torpedo-boat by the casting of their shadows on a planetoid.   The officers of the Voidchaser, who were one of the first Special Forces units utilizing "Bug-Suits", approached the frigate in secret and eavesdropped on the conversation. They discovered that the two ships were forward scouts awaiting a larger fleet, which was scheduled to join them at Ballock.

The Voidchasers divided themselves into two squads -- one to sabotage the torpedo-boat and eliminate its crew, the other to take control of the frigate.   Squad B, under the command of Lieutenant Airaion Mithethas, assaulted the torpedo-boat and destroyed its engine, and sent it on a direct trajectory towards the frigate.   In the meantime, Squad A, under the command of Captain Wintermist, broke into the cargo hold of the frigate, and set a number of captured smilodons free on deck. Won over by Marine Ensign VonVin StarSong, the Voidchaser's Druid's Mate, the great cats attacked the crew of the frigate, creating mass chaos and preventing the crew from reacting to the oncoming threat. The torpedo-boat collided with the frigate, destroying both vessels.

The Voidchasers recovered five POWs, the logbook, and the manifest from the wreckage. They determined through careful examination of the acquired books, and clever interrogation of prisoners through a scheme to win their trust, that the Fomorian frigate had raided Permafrost for supplies, and that the fleet meeting at Ballock was to rendezvous with a still-larger fleet at Adonia , a large "liveworld" in the Draconian System. From there, they intended to invade the Telasian System, one of the major seats of Avalonian power.   The Voidchasers determined that since a single ship did not have any hope of fighting a fleet, they would flee for the nearest Navy outpost, located on Draconia, while one or more of the "bug-men" marines would remain hidden in the darkest corner they could find to count fleet ships as they went by. All of the Voidchasers volunteered, but it was the first volunteer, Lieutenant Mithethas, and Ensign Ruavel Sunfall who were chosen by Captain Wintermist. Lieutenant Lylas Madrimlian was ordered to maintain a psionic link with them to acquire the information, in case they were discovered or they were unable to catch up with the Voidchaser.

Fortunately, they were not discovered, and their information reached Lieutenant Madrimlian and Captain Wintermist, who were then able to pass it on to Star Command.

Within hours of receiving the Voidchaser Dispatch, Star Command, by the authority of Crown Prince Selnaris Khi'Marinae, declared war on the Fomorians of The Solstice Pact. They mobilized the Avalonian Navy Fleets in the Draconian and Telasian Systems, and were able to meet the threat of what would otherwise have been a surprise attack.

The Avalonian public was shocked and horrified by this would-be surprise attack upon their sovereignty. They mobilized to support the war effort with a vengeance.   The Fomorian allies of the Solstice Pact were, of course, dismayed at having been discovered. Their strategy was to mobilize a large military force, hem the Avalonians into the Core Worlds at the Draconian-Telasian Passage , and issue their war declaration and demand surrender without a fight. Their discovery made this strategy impossible.

The Voidchaser Dispatch led to a long, drawn-out war instead of the easy capitulation the axis of The Solstice Pact had hoped for, and resulted in their eventual defeat. However, to the Avalonians, the Dispatch almost certainly prevented the fall of their civilization and the ending of their role as a spacefaring power.   The Voidchaser Dispatch was magically recorded on crystal in Captain Wintermist's voice, as it was delivered. While the original remains filed with Imperial Star Command, a reproduction may be overheard at the War Museum at Symmerin University.   Marine Lieutenants Madrimlian and Mithethas, and Marine Ensigns Crowley, Darksinger, and Sunfall, all received a Mention in Dispatches for their role in the action. Ensign Sunfall received a promotion to Marine Lieutenant.

TO BE KEPT UNDER LOCK AND KEY; NEVER TO BE REMOVED FROM THE OFFICE

URGENT: REPORT ON ACTIVITY OF INTEREST AT BALLOCK, DRACONIAN SYSTEM


No.: 0000105
Date: 21 Corn Moon, 4611 Avalonian Calendar
From: Captain Selene Wintermist, Voidchaser (commanding)
To: Avalonian Imperial Star Command
Date: 21 Corn Moon, 4611 AC   Be advised that a large unified Fomorian fleet is on route to ADONIA to join a much larger fleet which is amassing there to invade the TELASIAN SYSTEM.   Proceeded as ordered to BALLOCK to observe possible sightings of strange Fomorian ships amassing in the vicinity. Almost immediately discovered jetsam from a possible enemy ship. Used LT. Mithethas' starshark companion to track the ship's trail, and discovered a hostile frigate and torpedo-boat. Destroyed both vessels and acquired (5) prisoners, the manifest, and the ship's log from the wrecks. Both vessels were crewed by goblins and commanded by orcs.   Ship's manifest and log revealed the vessels had raided PERMAFROST to acquire supplies. Suspect that PERMAFROST has fallen to Fomorians, but cannot confirm.   Overheard conversation upon our boarding action revealed said vessels were the forward scouts of a much larger fleet, which was expected to arrive imminently. Used a ruse to win the trust of the prisoners, and discovered this fleet is intended to join a larger fleet amassing at ADONIA, with intentions of invading the TELASIAN SYSTEM.   Assigned LT. Airaion Mithethas and Ens. Ruavel Sunfall to count ships and left the area to avoid detection. Assigned LT. Lylas Madrimlian to maintain a psionic link with the LT. and Ens. to be sure the information made it to Star Command regardless of their fate. I am proud to say that every one of my marines volunteered.   Numbers of the fleet at BALLOCK have just been received at 3 bells of the Forenoon Watch, and are as follows:     Prisoners have also confirmed that they are involved with the DRAGAN SYNDICATE, and a Fomorian alliance called THE SOLSTICE PACT, of which, the DRAGAN SYNDICATE is a signatory. Also confirmed intentions of THE SOLSTICE PACT to declare war on the AVALONIAN EMPIRE. Prisoners described themselves as "soldiers" and were aware they were headed into battle. Prisoners invited my marines, Ens. Crowley and Ens. Mariyamma Darksinger, to join them, believing them friendly to their cause, to overthrow the "elven tyranny."   Currently on route to recover my marines pursuant to further orders.   Special commendations recommended for LT. Mithethas, Ens. Sunfall, Ens. Darksinger and Ens. Crowley for their bravery, and LT. Madrimlian, Ens. Darksinger and Ens. Crowley for their improvisation and inventiveness. 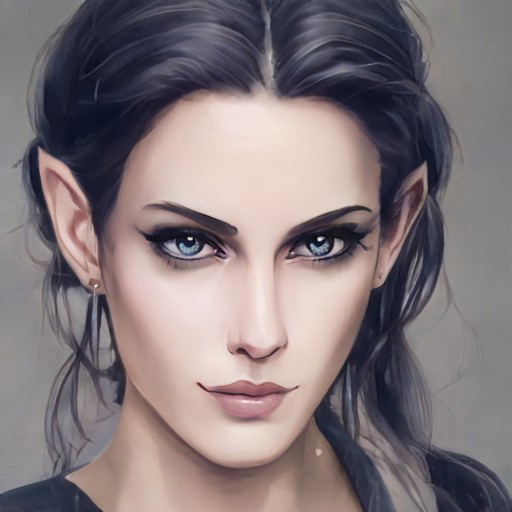 Answering: "a famous letter or message"
Visit SableAradia's Competition Page Check all other answers to this prompt Competition Homepage

~ Thank you for your support! ~
If you couldn't tell by the elves, orcs, and magic flying sailing ships in space, this is a work of fiction. Any resemblance to people or locations, living or historical, is purely coincidental, with the exception of Alberdingk Onestone, who may actually be an alternate dimension's version of a famous scientist, only as a gnome.
The Toy Soldier Saga is copyright (c) 1995 by Diane Morrison. All rights reserved.
Cover image: Documents Cover by Verti
Article template
Document
World
Toy Soldier Saga
campaigns
Toy Soldiers: Old School

These events were played live in our Toy Soldiers: Old School campaign, in Episodes 47 & 48. You can watch at the links below:

This was great! So interesting to hear about such a pivotal moment. Immediately started thinking about alternate histories and how it might've gone differently. Anyway, I say that as a compliment. I love a piece that gets me thinking about a world and then doesn't want to let me stop.

Compliment certainly received, Chris, and thank you! "Thinking about alternate histories" - that's great! I find it really interesting how so many major events in history turn on a pivotal moment, and how the slightest change, or the slightest delay, might have completely shifted events with broad-reaching consequences.

So interesting - I love that this is based on your campaign too. :)