Eversprings is the capital of Ulthuan and the pinnacle of the elven kingdom. The city is home to the royal castle located in the north of the city. Surrounding the castle, you can find a combination of larger mansions and more cramped together houses. In the center you can find the real large buildings, some used for storing food and other wares where others are government buildings such as city hall where they hold city wide gatherings. In the center you can also find some open fields where often markets are setup.

In the north, you can find the higher class of people and the further you go to the south, and outward to the edges of town you will find the more common folk, although you will not be able to find a lower class of elves or slums in the entire city as the elves that cannot afford to live in this city do not want to dishonor the city with their presence.

The elves have a monarchy that has existed as long as people can remember. The kings and queens of Ulthuan have always been just rulers sharing the wealth with all elves. This however does not mean that all elves are equal in wealth, as some become more successful and some are born in rich families.

The city itself does not have any defenses for the island of Ulthuan has all the defenses the elves will ever need. However, just as a precaution, the palace itself does have a large wall with heavy gates that are always open.

The elves of Ulthuan do not trade much with other countries as they already have everything they need on their own island. However some rich elves tend to trade with other countries for riches such as gems, items crafted out of solid gold and other such riches only owned by the wealthy.

Most buildings are made of wood as the island is rich in large forests and the elves do not want to create large quarries that would ruin the landscape.

The city is located in the center of one of the largest grass plains on the island located relatively centered on the island.

Eversprings gets all of its resources from other cities in Ulthuan as the elves do not want to soil the landscape around Eversprings with farms, quarries and other things. 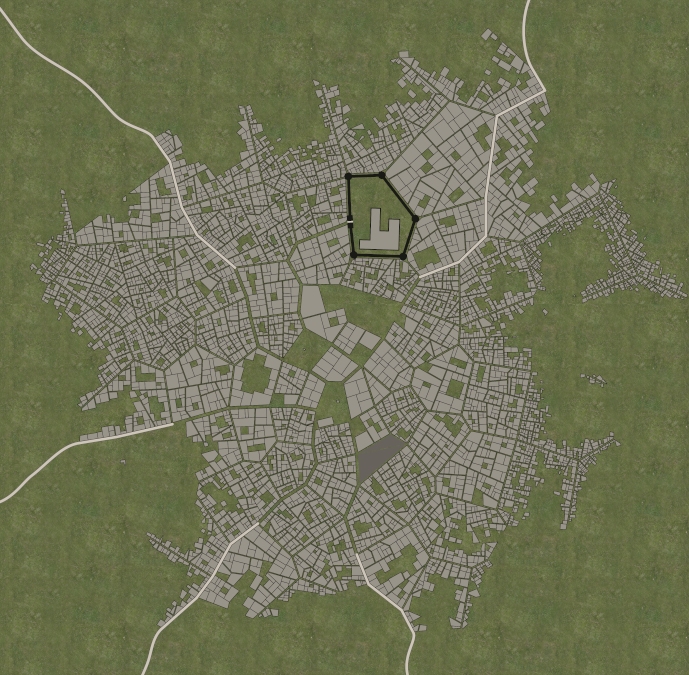