After the fight was over and the city was safe again (at least for now). Raeflynn had to go to the palace and discuss with the royal advisers and the scholars about what to do with the book. After one of the scholars told them that the book was actually stolen from Barad-dûr, they decided to bring the book back there and maybe that would scare the Drow enough to not steal it.   The party agreed to bring the book there on the condition that they would require some special weapons and gear and that they would get payed 1000 GP per person after the mission was finished.   They set out on their new adventure and immediately encountered their first big obstacle: Water. The tower is located on an island and the party would have to cross open water at least three times to get to the island. Anlanya decided to try and fly across so she wouldn’t have to be in a boat (which she knew she was deadly afraid of) and Ykki would fly with her while the others took a small rowboat. Unfortunately, when Anlanya looked down she realized all of the sudden that there was nothing between her and the water except for a small stupid broomstick. She started flying up to try and escape the water, but that only made it worse as the higher she went, the more water she could see and the smaller the island appeared to be. They did eventually made it because Ykki helped her to calm down a bit. For the next two island hops, they decided to blindfold her so she wouldn’t be able to see the water. That seemed to work even though she knew she was flying over the water and was indeed very scared, she did not go into a full panic anymore.   Arriving on the island, they noticed that the weather started to change and the sky darkened. They decided to go to the edge of the forest and follow that line towards the tower. By the time they got to the clearing between the two forests, a dense fog had set in and it was difficult to see more than a couple of meters.   About half way towards the other forest, they encountered two Displacer Beasts and one Leucrotta out hunting for food. They managed to kill the Leucrotta and one of the Displacer Beasts but while the rest of the party was fighting, Anlanya was trying to train one of the Displacer Beasts. She managed to calm her and give her some food but Anlanya didn’t have enough time to do anything more than that as the party wanted to continue.   The rest of the journey to the tower went without a hitch. And when they arrived, they saw how enormous it really was, with a 65 feet diameter and disappearing into the clouds above it was impossible to tell how high it really is.

The two Displacer Beasts they encountered where out hunting for food for their youngling. Even though they killed the father, the mother still liked the strangers. 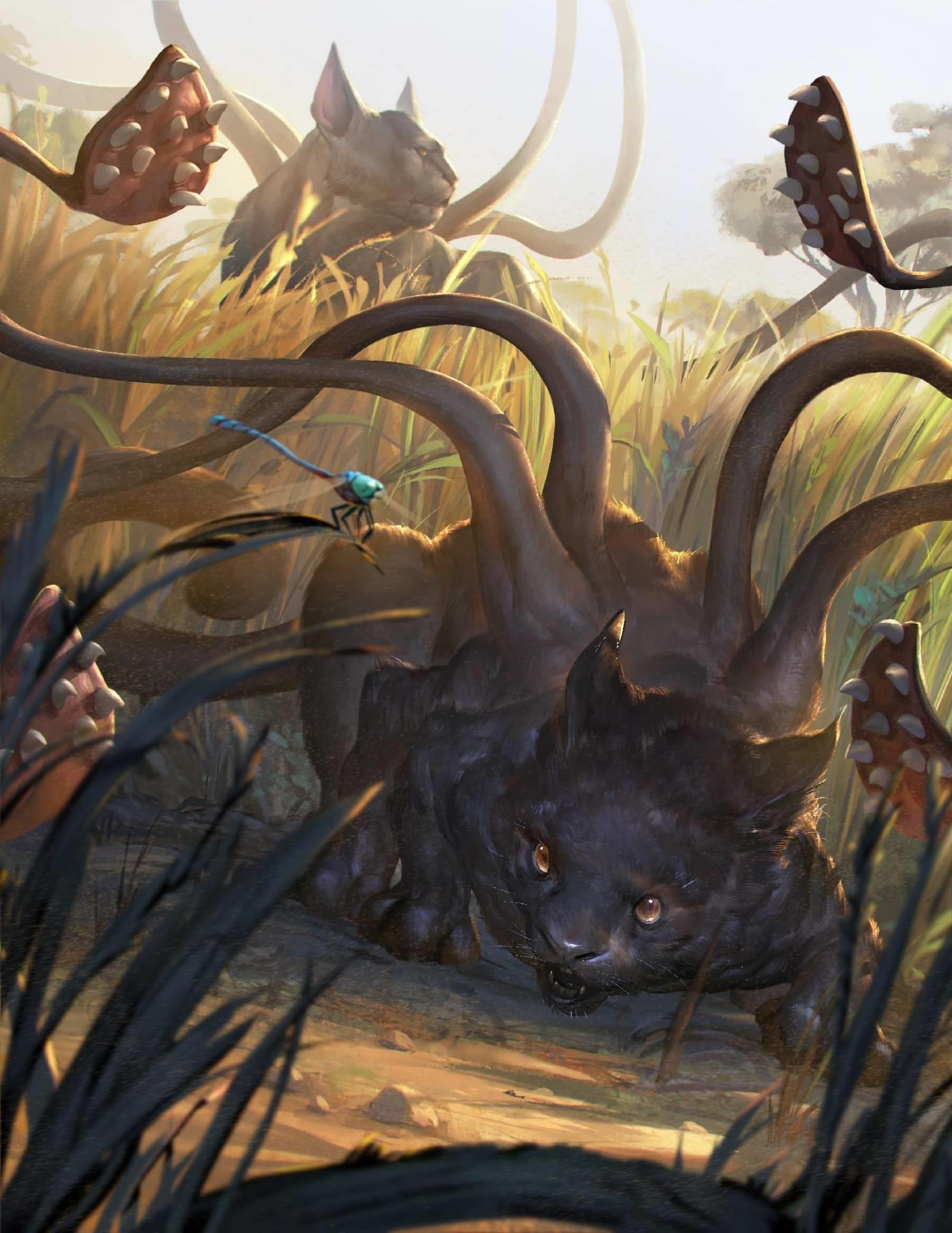