Growing up in the palace, he had a luxurious life getting everything handed to him when he needed it and always having people around and never having a care in his life. But even with all of that he still understood the importance of training for combat, learning about war tactics and other things his father didn't want him to do.

He is buff but lean, he is in perfect physical condition as a trained fighter and he can run for over 100 miles without rest.

He trained in all forms of martial combat, spend a lot of time studying war tactics and spend a year abroad with William Morbo whom taught him about how he conquered his empire and some of the combinations between diplomatic relations and forceful action against opponents with which diplomatic relations aren't possible to align to his own.

He brought thousands of people to safety in the Collapse of Ulthuan  .

While trying to get as many people out of the city during the initial attacks, he noted too late that some of the Drow fighting where in fact people whom where already living in the city and didn't come from the tunnels below. He ran back to the palace as quickly as he could but he was already too late... Arahamin Mizzrym had already seized the palace and captured Lyari Overwold threatening to kill her if he didn't surrender. Knowing that they would never let him or his daughter live, he refused to surrender and had to watch his only child die.

After seeing his own child die, something snapped inside.

Raeflynn Liadon was chosen as a presentable face to be the mother of Lyari Overwold as her real mother was just a commoner. They married because it would be improper to have a child when not married. Raeflynn was chosen because she is an important enough person, for the prince to marry and one of the only women he could trust to not want to take the throne as she wanted to travel instead of stepping in her fathers footsteps. 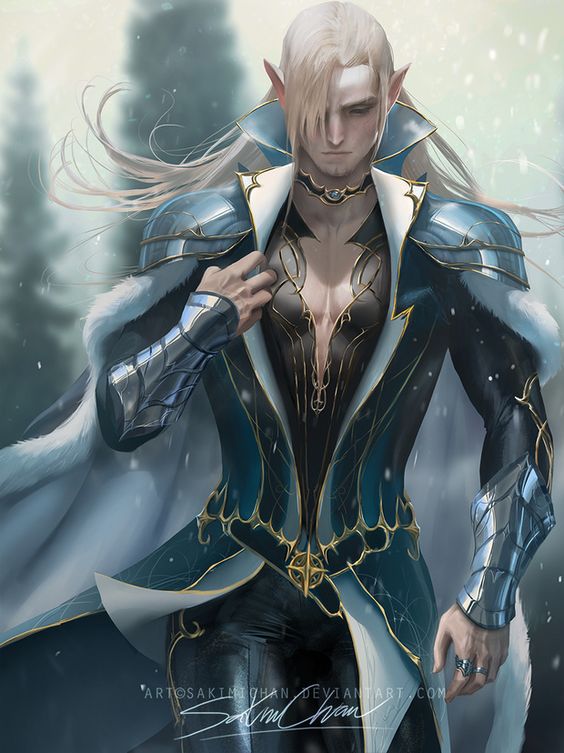