The second most powerful players in the Spiderweb of Edge City, the Syndicate is stylish, deadly, well funded, and the unquestioned power in The Canyons.

The Syndicate as it exists in Edge City is a result of a merger between a rogue Yakuza family, a fallen Triad, and a small army of disenfranchised corporate techies. Jade Scorpion brought them all together in a bid to consolidate power in the Spiderweb that could one day rival that of Las Plagas.  What began as a loosely affiliated group of criminal enterprises was brought under her control, and with her incredible wealth and tactical genius the Syndicate was able to capture several key territories in the city. Jade Scorpion's access to experimental Zaibatsu Tech projects allowed her to augment and arm Syndicate enforcers, and even the odds against the superior numbers of Las Plagas. There was a brief period of open warfare in the streets, as the Red Spider is loath to share power, but in the end he was forced to concede that it was too costly a fight and a shaky truce was established.  In reality, the truce marked the beginning of a shadow war that raged on the streets of Edge City ever since, as both gangs attempt to undermine the other and steal as much territory as possible without declaring outright hostilities.

The Syndicate operates in neighborhoods throughout Edge City, but it's only in The Canyons that they have wrested dominance away from Las Plagas. 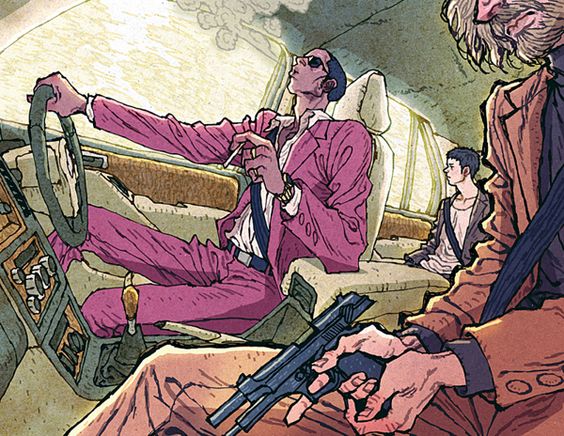 Articles under The Syndicate