The ruthless, ambitious, and charismatic leader of The Syndicate, Daito Ushida pursues her dream of overtaking Red Spider as the true master of the Spiderweb.

Daito Ushida is a well trained fighter, with a lithe and wiry frame. Her smaller stature can be deceiving as she is incredibly quick and powerful for her size.

She has a very distinct style, dark and traditional, which has been taken up by The Syndicate at large, and is often imitated by street toughs and fashionistas. She favors loose flowing garments, with high necklines and traditional Japanese elements.

Rumor has it that Miazaki Ushida, the CEO of Zaibatsu Tech, desperately wanted a son. They say that's why he treated his third daughter so poorly, and that she trained the way she did to win his attention and approval. Miazaki was a traditionalist, who valued the old ways of bushido, so Daito dedicated herself to martial arts training and military tactics from a young age in an attempt to set herself apart from her socialite sisters. She even joined Securicorps and served with the Taskmasters to prove her dedication to justice and purity. For all her efforts though, Daito was either ignored or met with disdain. She realized that her father would never accept her, and decided to live for herself, to outshine him, and some say even destroy his legacy. Daito used the extensive network of allies and informants she'd put together in Zaibatsu Tech and Securicorps to form a new crime network to rival Las Plagas and vie for control of the Spiderweb.

The Jade Scorpion looks at the world as a battlefield, and treats all obstacles as enemy combatants. She values courage and martial prowess, and despises cowardice and weakness. 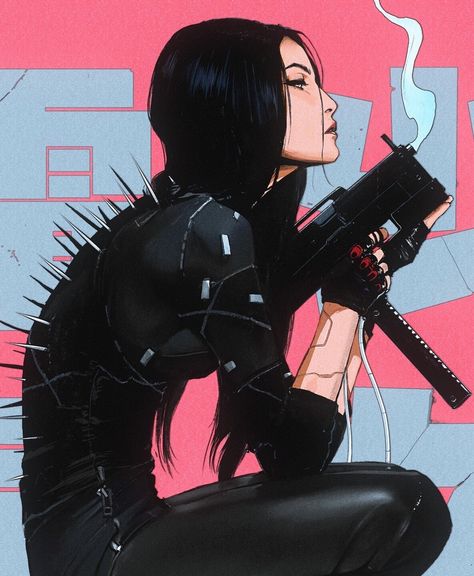