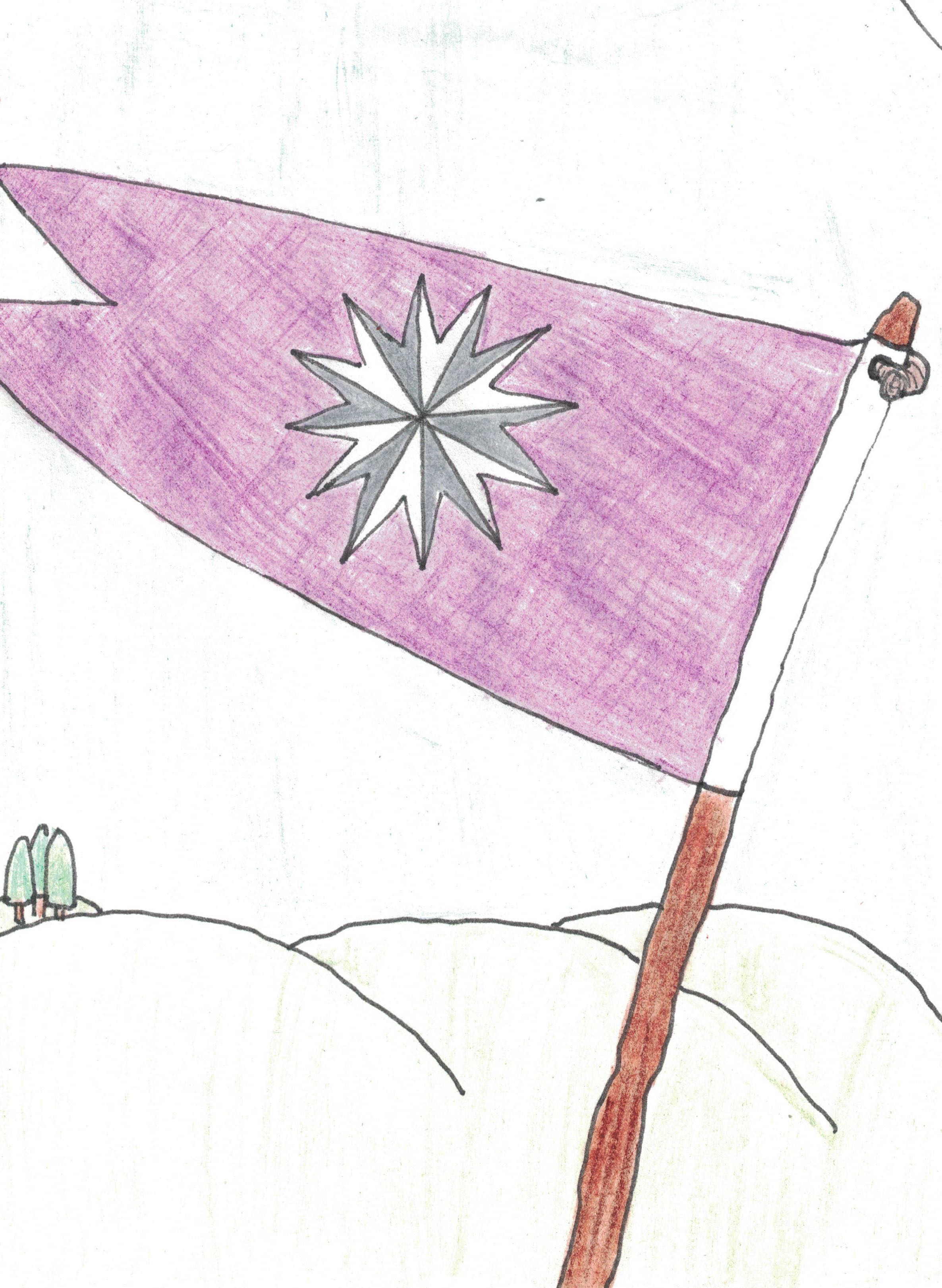 "Welcome to the city of Lerdelore." the guard intones as he lets you enter the city. While you have lived in the Kingdom your whole life, it has always seemed like a distant power; a powerful army and a powerful king that lived in some other realm, but not in yours.   All at once, you are hit with the might and majesty of it all. The great central path leading to the Fort District is laid out ahead of you, filled with colourful shops and small side alleys. You can see the eight spires of the the Gilded Fortress in front of you, the sheer height of them causing your neck to crane upwards.   While you may have not seen the power of the Kingdom up close, you recognize the purple pendants flying from many towers and windows. There is a festival coming up, you recall, and it seems the people of the nation have cause for celebration. Like a child in a sweets store, you find yourself drawn to the city, determined to explore.

All of the major decisions are made by the King, who has always been a male member of the caldian Nëdoram family. He is also responsible for appointing the Council of the Twelve, his personal advisors. From there, he communicates with the various lords that dot the landscape of the nation.

The Kingdom of Loria was born from the ruins of the Star Empire following the War of Lorian Ascension. Splitting the Empire in three parts for the three belligerents of this conflict, the people of Loria kept the rule of Apendor the Plentiful, the previous Star Emperor.   The years immediately following the fall of the Empire were very hard for the nation, as the number of refugees from the Empire of Quempo to the north continued to rise. Eventually, the migration ended, and many of the Quempians returned to their nation as the Third Era went on.   The Drowned Years were particularly disastrous for the Kingdom, as their great port cities were destroyed in the flooding. Thankfully, the rival De'arians to the south were even worse off, and Loria regained much of its industry and economy very quickly. Their focus on their own economy angered the De'arians, leading to a short series of border clashes and wars between the two. Their last clash was the previous fall.

The nation is much more restrictive than many other nations, as far as racial guidelines go. The original racial names and stereotypical traits were invented by Lorians, so this is unsurprising. Most people are tepilar of Lorian descent, but the realm is home to ibelilar of all kinds. The traditional homeland of the smeloplar and the vidashlar are alos located here, but people of other races are treated with some suspicion.

The lands of the Kingdom of Loria are dominated by the Lorian Plain, the large swath of agricultural land that covers much of central Sedesta. The regions that the Lorian government controls in whole or in part are:

The Lorian Army is a powerful organization at the heart of the Kingdom and instrumental in its continued success. The Army has recently began to construct forts and revisit older defences in preparation for later conflicts with its neighbours.

The religious life of the nation is focused on the two major goddesses of the pantheon of the Free Ones, Zëga'coldar and Seshani'er. The Plains-Ranger is popular among the elvish population of the hills and valleys of the nation, while the Star Mother is considered a matronly figure to the entire Lorian people.   This isn't to say that the worship of other Free Ones is uncommon; the culture of the nation places focus on these two, but they have a very healthy love for the other Free Ones. Like other Sedestan nations, the worship of the Corrupted Ones and the Chained Ones are banned, but the former have a non-insignificant number of followers.

Loria is a nation in a phase of development into an industrialized power. It is already one of the most important nations economically, forming from the central economic regions of the Star Empire.   The most important economic activity in Loria is farming. Agriculture is still the mainstay of most Lorians, and farms dot the landscape.   Construction and quarrying form a powerful secondary interesting; bricks and wood from the Lorian lands are a staple of solid architecture, and the stone brought down from the mountains by the weddelar give them a large variety of possible materials for construction.   Smithing and Factory-produced goods are also becoming important exports from Loria. While the number of Factories in Loria is not able to rival the Republic to the south, they have a very strong faith in industry.

The ports of Sunport and the quickened pace of the nation brought by the Air Trains have led to them becoming an important trade partner. Their central location on the continent prevents any one nation from being able to trade with all the others without passing through or close to Lorian territory.

The United Townships of Britaxia

75
The two have a large mountain range that separates them, so they rarely interact except for trade purposes.

40
Recent trade deals between the two former enemies have brought a lot of wealth and ties to both parties. Some in Loria believe this to be in preparation for a war to come, and a few Quempians think that it's all a ploy for the Lorians to get rich at the Empire's expense.

The Khanate of Kahari

25
The creation of the two nations and the intellectual and magical might of Kahari makes these two bitter rivals, but rarely do they clash in battle.

-30
The two nations have a long history of war and conflict, and recent tensions created by industrialization and the construction of forts along the border make any peace very tenuous.

Articles under The Kingdom of Loria

A war of succession following the collapse of the Star Empire that fundamentally changed Sedesta.