Your first taste of imperial bureaucracy happens the second you arrive. You’re stuck in harbour of Darkwater for two hours while dockhands search the ship for contraband and stowaways. According to one of your crew members, a certain Senator of Quempo doesn’t accept ship’s manifests from other nations, so your De'arian galley needs to be permitted to dock. The whole experience is rather personal and it leaves you with a bad taste in your mouth.   You get it another taste of it when you get to Kwinan. You are searched yet again by the guards at the gate, even though you have a signed manifest from the docks at Darkwater. But because it’s a ship’s manifest and not a caravan’s manifest, they spend another three hours going through your belongings one by one. It irritates you enough to ask the guards why they couldn’t do this earlier. Their reply? “It’s the rules. Everyone has to go through this.”   You do see one good thing about the Empire about two weeks into your stay in Kwinan. You’re boarding with a local inn called The Raven’s Call when a group of labourers come in, all laughing. When you ask why they are so happy, they say that it’s the recent good times. They talk about how ridiculous it was for them under the current Emperor’s father and how much easier it is now.   “That’s the great thing about the Empire.” one of the labourers says to you. “Everything has its place, and while it’s a little confusing for you foreigners,” he jabs your arm with his elbow, “it makes perfect sense to all of us.”

A strong central government is very important for Quempians, and the Empire is a very good example of that.   At the top of the pyramid is the Emperor of Quempo himself. A descendant of the ancient Foltras family if the legends are true, this monarch doesn't rule directly, but offers advice and appoints members to the Senate of Quempo. This council meets at least three times a year to discuss developments in the running of the Empire.   Below him are each Senator of Quempo, tasked with a specific department. These departments are very specific so as to not cause overlap, and each helps run the land in certain ways. A Senator of Dwarven Affairs, for instance, makes trips to the various dwarven settlements of the Empire, while the Senator of War Machines prepares and finances various siege engines and military construction.   Underneath each Senator are the various secretaries, soldiers, and bureaucrats that make up a department. They are the public face of the Empire and the people that the average person meets on a regular basis.

The Foltras family which heads the Empire were the leaders of the tepilar in the region during the Great Sundering. It didn't take very long for them to build a city state around what would become the city of Kwinan.   Over the several centuries of the Second Era, the State of Quempo (as it was called) conquered many nearby cities and grew to large size, even threatening the Star Empire to the south. A long destructive war with the latter severely strained the relations between the two empires, which causes many Lorians, De'arians and Kaharians to have unfavourable relations with the Empire in the present.   All of this changed when the Five-Hundred-Day Fire swept through the nation. Only a few larger cities of the Empire were spared the inferno, and even then the destruction took centuries to rebuild. Many would say that the Empire is still recovering nearly a millennium later. However, recent investments by neighbouring nations and attempts to curb the lawlessness of the regions outside the Forest of Fire have caused a resurgence in trade and positive change in the nation.

Northern Sedesta is mostly held by the Empire, partly due to a lack of other powers contesting the region. Geographic regions controlled by the Empire of Quempo include:

Quempo is most well-known for its burgeoning lumber industry, as the great wild forests of the north are filled with gigantic redwoods, colourful cedars and arbutus, and other specialty kinds of wood. Most small towns and villages of the nation have at least one lumber mill, and the powerful lumber guilds of Kwinan have great power over the Empire.   The mountainous regions of the Empire are heavily settled by the weddelar, and therefore contain high quality mines and refineries. Quempian gold and silver is highly regarded in other nations, and gems coming from the Empire are sold for high prices in the marketplaces of the world. 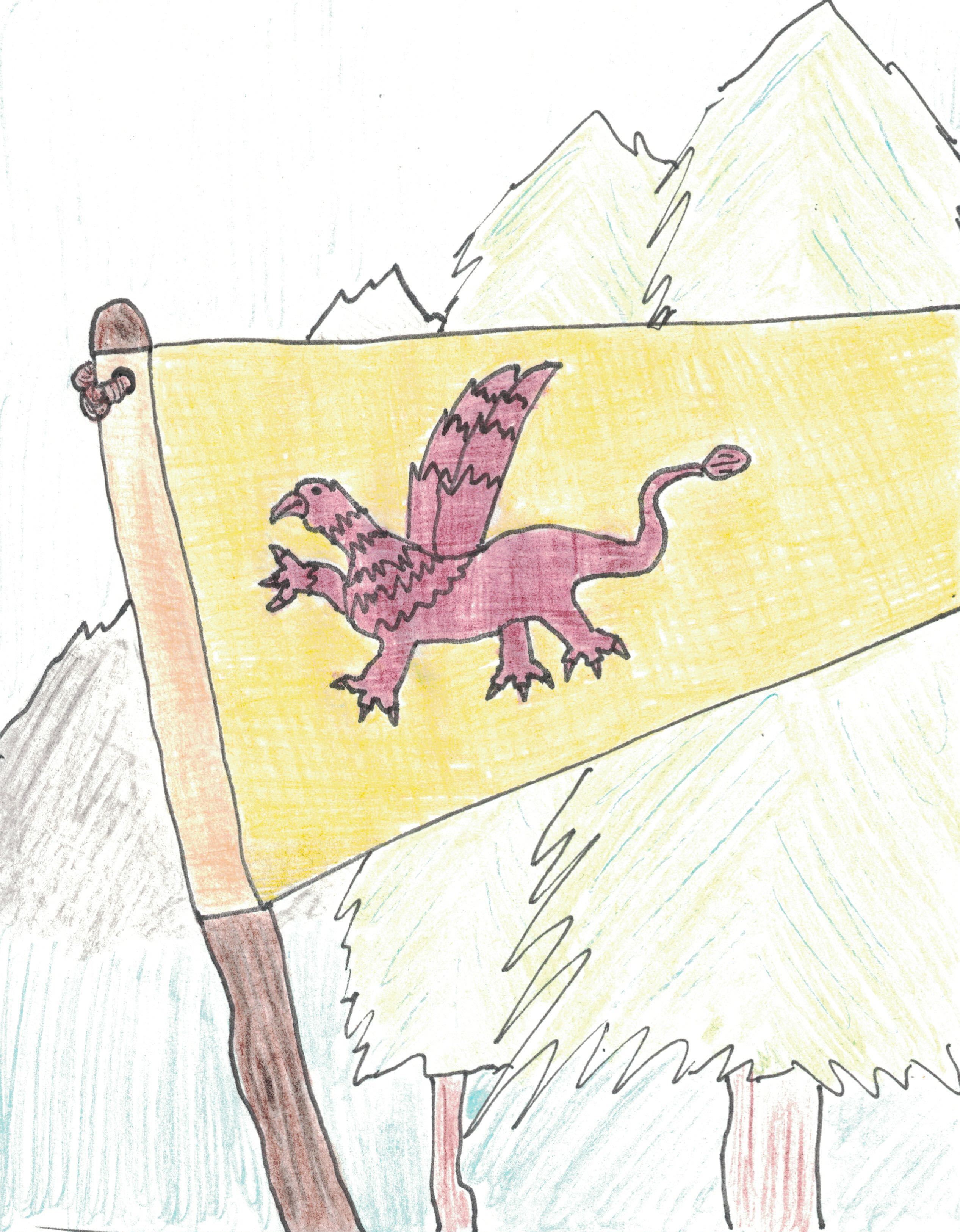 The flag of the Empire of Quempo.

Surprisingly, the Empire is one of the most diverse nations in the world. The population of the Empire is a mix of all of the various races, with the tepilar making up a third of the population, the ibelilar another third. All of the other races combined make up the final third, mostly weddelar and vidashlar.

Like other major Sedestan nations, the Empire holds the Free Ones in high regard and other gods are expressly forbidden.
Art Credit: emperorcharlesii (me!)

The Khanate of Kahari

35
The wise Kaharians have given the Quempians access to much of their knowledge over the centuries to help in the rebuilding effort, but they are also expecting something in return.

40
Recent trade deals between the two former enemies have brought a lot of wealth and ties to both parties. Some in Loria believe this to be in preparation for a war to come, and a few Quempians think that it's all a ploy for the Lorians to get rich at the Empire's expense.