We are the chosen of the Star Mother. Our pale faces and shining hair are signs of her benevolence, our sweet voices speak her words and our bright eyes carry forward her wonder...No one else has this connection with her, and that makes us special among the peoples of the world she left behind...   ~The Gilded Charter of the Starshine Academy

The caldilar are considered haughty and arrogant by other races, but they don't see it that way. They have a pride and a high view of themselves, and they don't feel other races share that view. As such, they make sure that other races know it.   Politeness is a very important quality among the caldilar. Formalities are crucial, and anyone acting rudely is very heavily judged.

The moon elves focus on darker colours when choosing their clothing. They want to show off their pale skin, and blacks, dark greys and deep blues complement that very well. They also like jewelry, and necklaces and rings are very common among the caldilar that can afford them.

The caldilar are very fond of literature, and they are very interested in the written word whether it is prose or poetry. Many caldilar are poets or authors, and some of the most memorable stories of the world were written by caldilar over the course of millennia.

When a moon elf is born, the parents take it out at night to the closest field or open space. Looking at the various stars above them, they then pick one, and the name of that star is the name of their child until they come of age.

When a caldilar reaches the age of seventy-five, a caldilar goes on a short journey outside the place where they were born. This is usually not allowed to elves under that age, so this is their first time meeting the outside world. After returning from this trip, they choose their new name, which is commonly a shortened phrase or ancient hero's name.

The death of a moon elf is a very solemn affair. They are usually buried in a marked grave at the western edge of a settlement after a tearful service by the local priest of the Star Mother. In rare cases (particularly heroes), they may be cremated, their ashes then placed in a funerary urn and kept in the home of their family.

The moon elves place a high value on having clear skin, long flowing hair and shining eyes. As such, they are some of the heaviest users of makeup in the world, and many caldilar claim to have invented the idea of wearing beauty products.

The caldilar only marry within their race. This tradition was based on the idea that they were an exclusive group chosen by the Star Mother, which can be interpreted in a very xenophobic light. Nevertheless, the tradition persists and caldilar caught in relationships with other races are often ostracized from their communities. 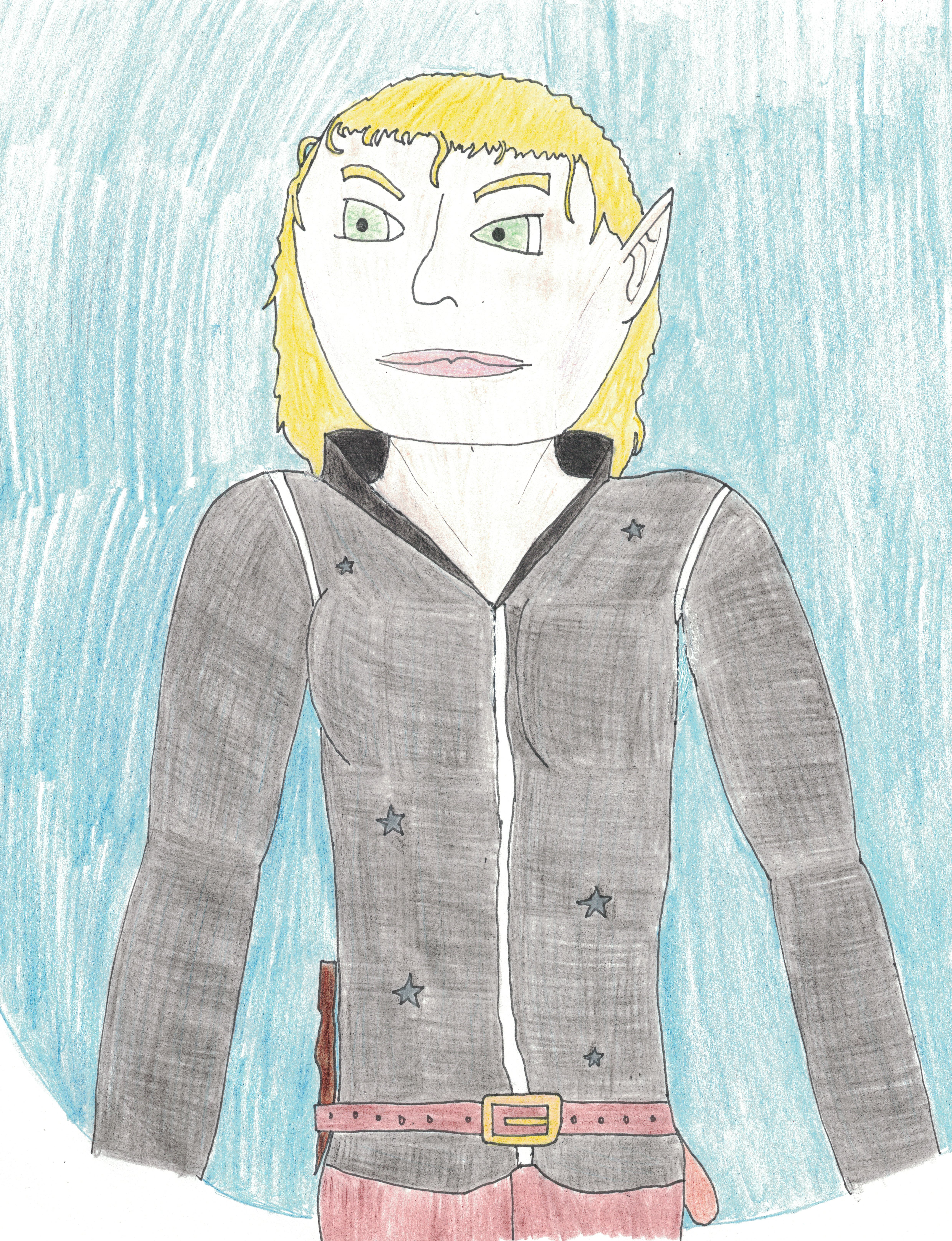 A Gilded Spellsinger of the Starshine Academy.
Meaning People of the Moon

The Kingdom of Loria is ruled by the old caldilar ruler of the Star Empire. Underneath that banner, the Starshine Academy is a large force for the promotion of caldilar race (commonly over all other races).

The moon elves speak their own language, Caldian as well as Common Orkanisan.

The history of the caldian race is very subjective, as those whom they conquered in the past haven’t had (and often still don’t have) high opinions of them, while they often considered it a blessing to be so treated under their rule. Now, they are confined to their enclaves in most places, the Kingdom of Loria being a notable exception.
Art Credit: emperorcharlesii (me!)