Nightstone Keep is a location-based adventure for characters of 6th to 8th level, and is centered on a ruined, long-disused stone keep in a temperate wild forest area (possibly not far off a caravan road or forest trail). If you are using the Lost Lands campaign setting, Nightstone Keep is located in the northeastern extent of the Unclaimed Lands where they extend between the Southern Reaches of the Forest Kingdoms and the Glimmrill Run. The Unclaimed Lands are detailed in LL5: Borderland Provinces by Frog God Games.

Aside from the initial carrion graw encounter, and any forest encounters or scuttling oversized spiders you wish to add for cosmetic interest as player characters cautiously explore the ruins, this is a foray into a plant colony. characters encounter and fight various plant creatures spawned and controlled by their parent Araunglyd , a gigantic sentient fungus wrapped around the main treasure of the adventure: a Gem of Vitality. This magic item is powering growth of the Araunglyd , so the giant fungus wants to keep it.

You should seed the adventure by having several NPCs encounters (at inns, taverns, shops, or firesides in wayside peddlers’ camps) in which the characters are told lurid tales of the various battles and lost treasures and rumored hauntings of “ruined Nightstone Keep” and how it got to its present state, a history summarized hereafter.

This adventure is included in the product Quests of Doom 4, available on the Frog God Games store. 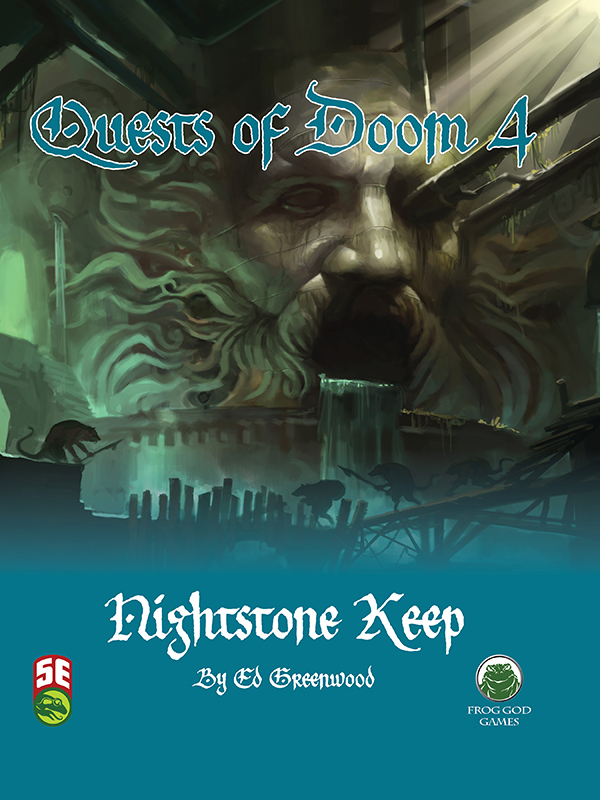 The formatting on this page is messed up and there is a bleed over from the left column to the right.