Fortune's Crossing is a ruin located along the Old Coast Road between Darnagal and Saltmarsh. Recently, a pact between Zelem and the leadership of the Pirate Isles has seen men and supplies delivered to the former ruin and to unite the new town with Saltmarsh.

Before being renamed, Fortune's Crossing was known as Kennmouth. A curse befell the town years ago, causing hordes of undead to descend on the citizens of the village. Many were killed, and the remainder fled to Darnagal or south to Saltmarsh. Before Bards Gate or other factions could respond, the Huun invasion of Bards Gate happened, plunging the region into chaos and leaving the town abandoned.   With Bards Gates siege lifted and control being asserted on the Akados coast, new eyes are now set on Kennmouth. Its deep harbor could be a good port for deep-sea vessels, the admiralty, or even traders wishing to avoid Bards Gate taxes. It also provides a more direct route for over-land route between Darnagal and Saltmarsh. And it could even contain old treasures or artifacts that were lost to time.   A group of adventurers in late 3517 arrived and cleansed the town of its curse. 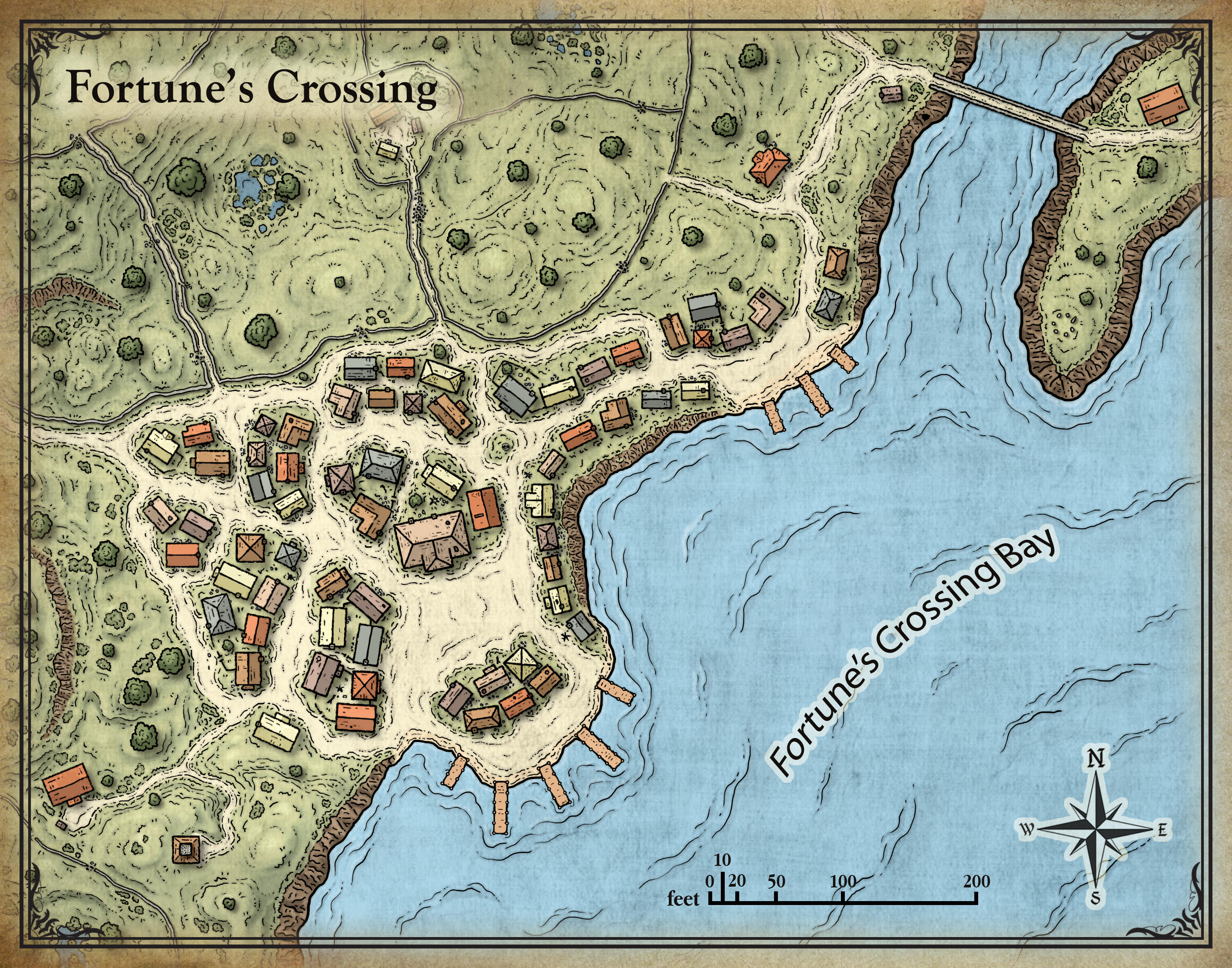