Dungrung is a Grung village located in the outer reaches of the Great Salt Marsh. The grung have as little need for the civilized lands located inland as the civilized lands have for the frogs in return, and as such little contact is made. Only Fartoad has dared venture inland, and he is cautious to provoke "the dry folks" ire. The grung have a tentative alliance with the lizard folk that dwell further east, and a deep hatred for the snake people that threaten their ancestral homelands. Other grung villages are scattered throughout the swamp, but most are rivals or tentative allies at best.   The Grungs dwellings are made of stacked sticks with layers of dried grass and mud, primitive but useful for protection from predators. The tribe is under the guidance of the chief Dartone and the Shaman Crokeson, but a new faction has been growing in the village led by Kasug. He claims that the Frog God will rise, and that all should worship the frog god. His point is well-made among the frogs, and support has been growing towards his leadership. 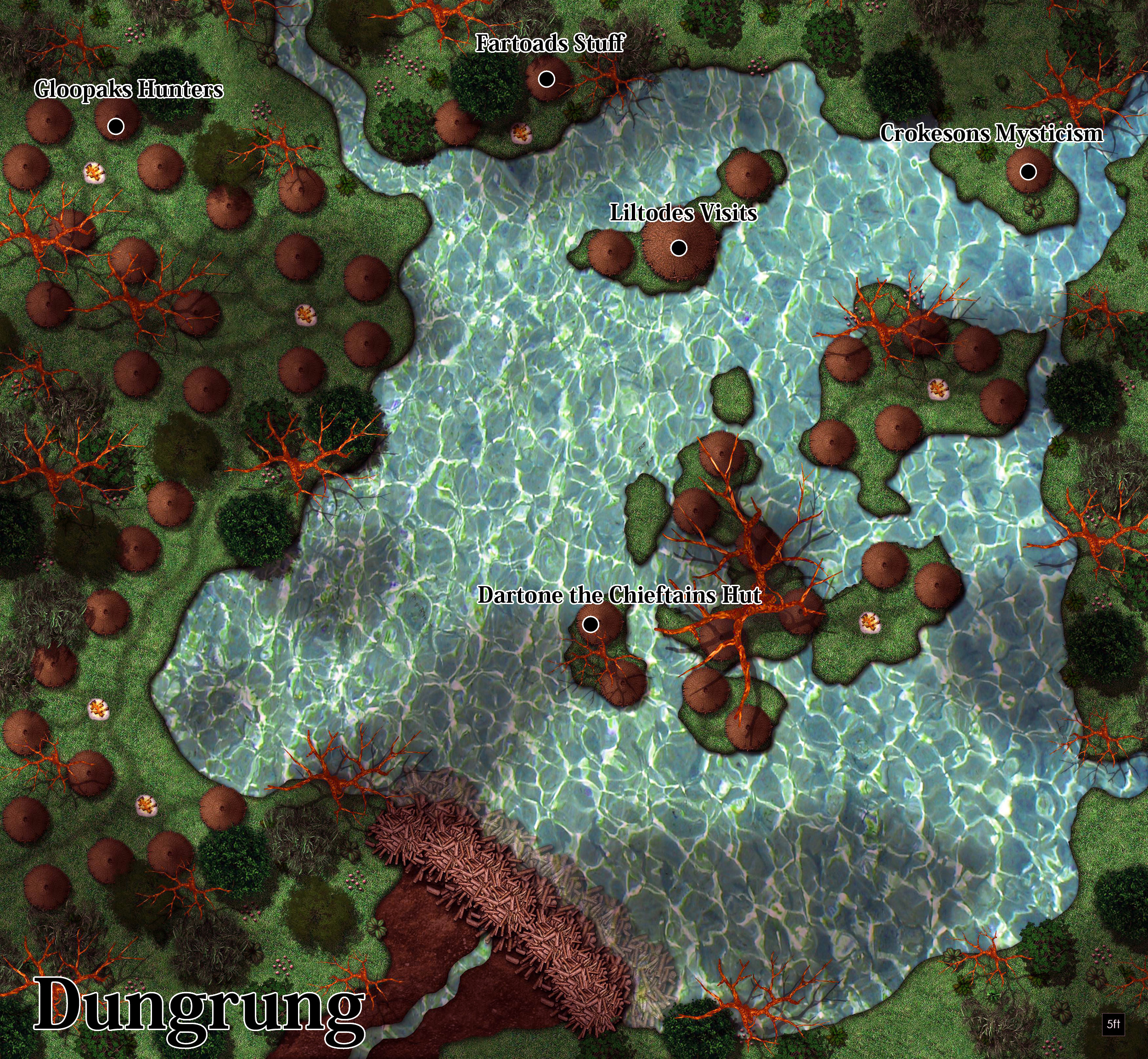 Dartone is the chieftain of the Grung tribe, but that does not necessarily make them a leader. The tribe is just as much led by the tribal shaman Crokeson. Dartone is a bit more outgoing than the rest of the tribe, believing that the tribe could prosper by investigating the Dry Ones in the inland realms. He has tasked Fartoad with finding out what mysteries lay behind their borders   Unfortunately his rule is being challenged by Kasug, who seems to have the backing of The Frog God, who claims to usher in a new era for the Grung who live in the village.

Gloopak is the intrepid leader of the Hunters, the group of Grung who venture the furthest from the tribe (except Fartoad, of course). These are masters of navigating the waterways of the marsh, know where most of the enemies and rivals are located, and are best hunting for the tribes food when their own water sources food become scarce.

Crokeson is the mysterious shaman of the tribe. Their guidance and portents go a long way into convincing the grung to support or oppose endeavors. Crokeson fortold the coming of Kasug, and many shaman treat this portent as a good enough reason to follow their word in the coming conflicts.

Fartoad is an adventurous grung who has ventured into the dry beyond. From the far reaches of the human villages, this grung is one of the few that has learned common, and returns with incredible trinkets from the great beyond.

Liltode has been instructed by the chieftain and Fartoad to setup a set of dry dwellings should the grung receive visitors. These dwellings are barely big enough for medium sized creatures, but are acceptable dwellings as they are elevated and relatively dry compared to the inhospitable swamp that surrounds the area. 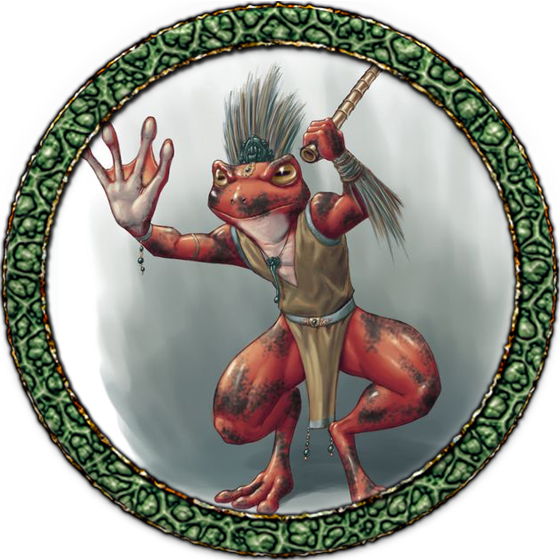 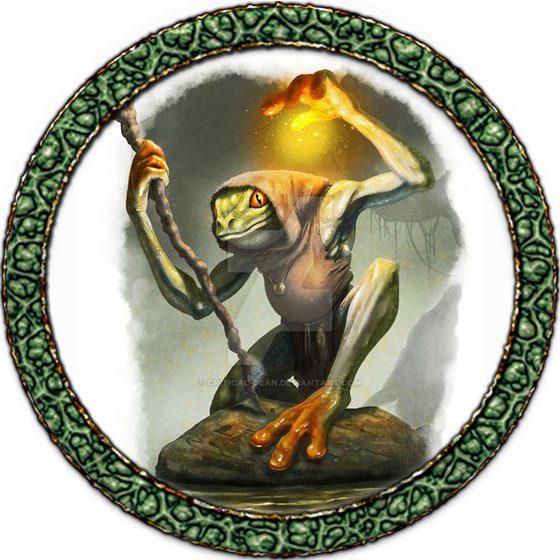 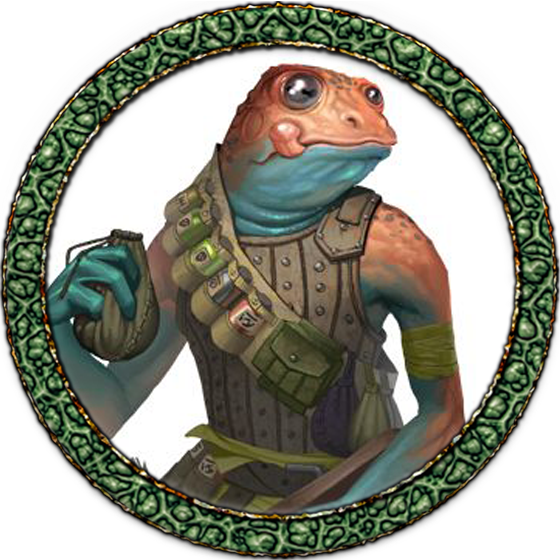 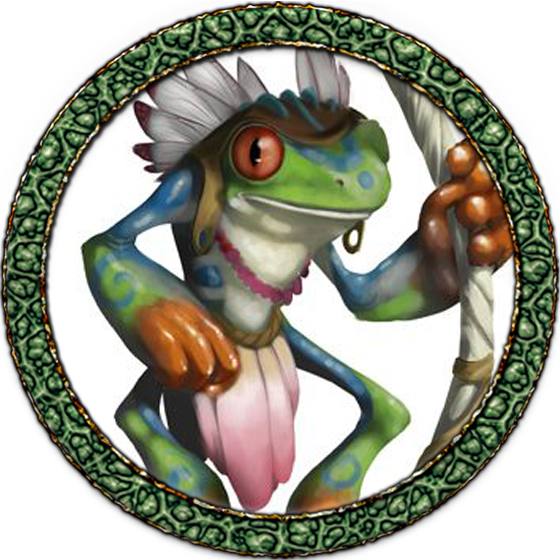 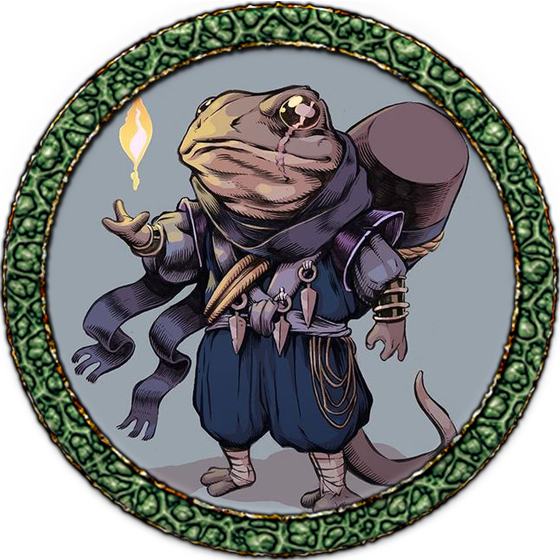 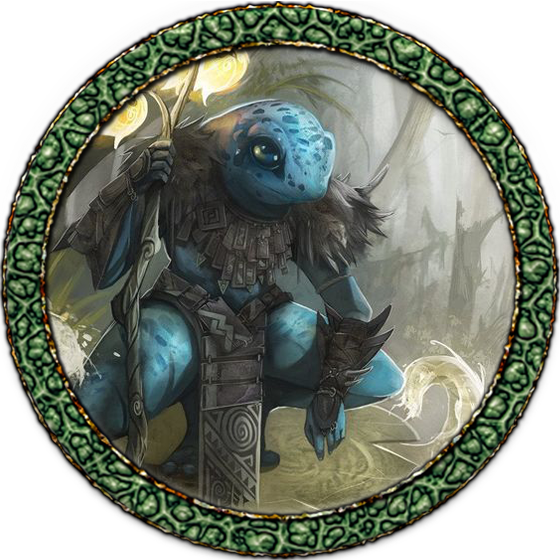 Kasug Psion of The Frog God 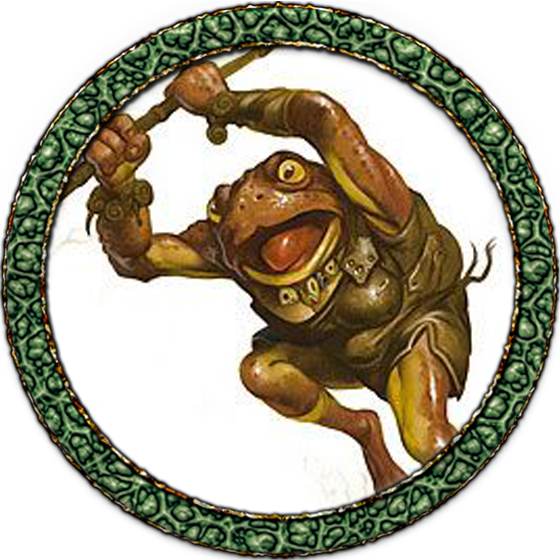