Milborne is the larger of the two towns in this region of the Hanover Barony, and it marks the border of the region controlled by the Delafonts.   This town numbers a few hundred people, most of which live in scattered farmsteads surrounding the town. Most of the buildings in town are made of timber, but some structures including the granary, millhouse and the mayors house are constructed of limestone from the nearby Blanryde Hills.   The limestone quarry in the nearby hills has proved to be the towns main source of growth. Those seeking the valuable stone for their castles and fortifications negotiate men, resources and gold to excavate large amounts from these hills. Most of the work in town is either farming or mining. Copper and lead from the hills compliment those who carve up the vast amounts of limestone.   The area also has access to the outskirts of the large Towering Woods. the inner portion of the forest is far more valuable for the enormous straight timbers desired by the sailing ships of the navies and merchants, but the outskirts are still valuable sources of timber for those seeking to build shelter and buildings   The lands of Milborne are controlled by two families, the Carmen family and the Parlfray family.

Darius Carmen and his family are a wealthy noble family in Milborne. They family owns the two valuable mines and though they are required to give a portion of the income to the baron, it has heavily enriched their family.    Erosion along the banks of the now-named "Porcelain River" revealed an enormous deposit of Kaolin, a powdery white clay. The iron mines of the Blanryde Hills proved to hold dual value, for much of the iron came out of areas of Feldspar rock. Entrepreneurs familiar with the materials began producing porcelain until the Carmen family bought the kilns and took it over. The operation has since greatly been expanded.   The also own some of the farms around Milborne and various property around the town.

This noble family is headed by Caecilia Parlfray, an old noble family that has a small keep near the town. They own the remainder of the farmsteads around Milborne as well as much of the property inside the town itself. The Parlfray name commands more authority than that of the Carmens, despite the carmens being wealthier.    Her family has had many squabbles with 'the upstarts', as she calls the Carmens, and often states that just because Darius's grandfather could swing a sword, does not make them noble. She could best be described as Dominii. 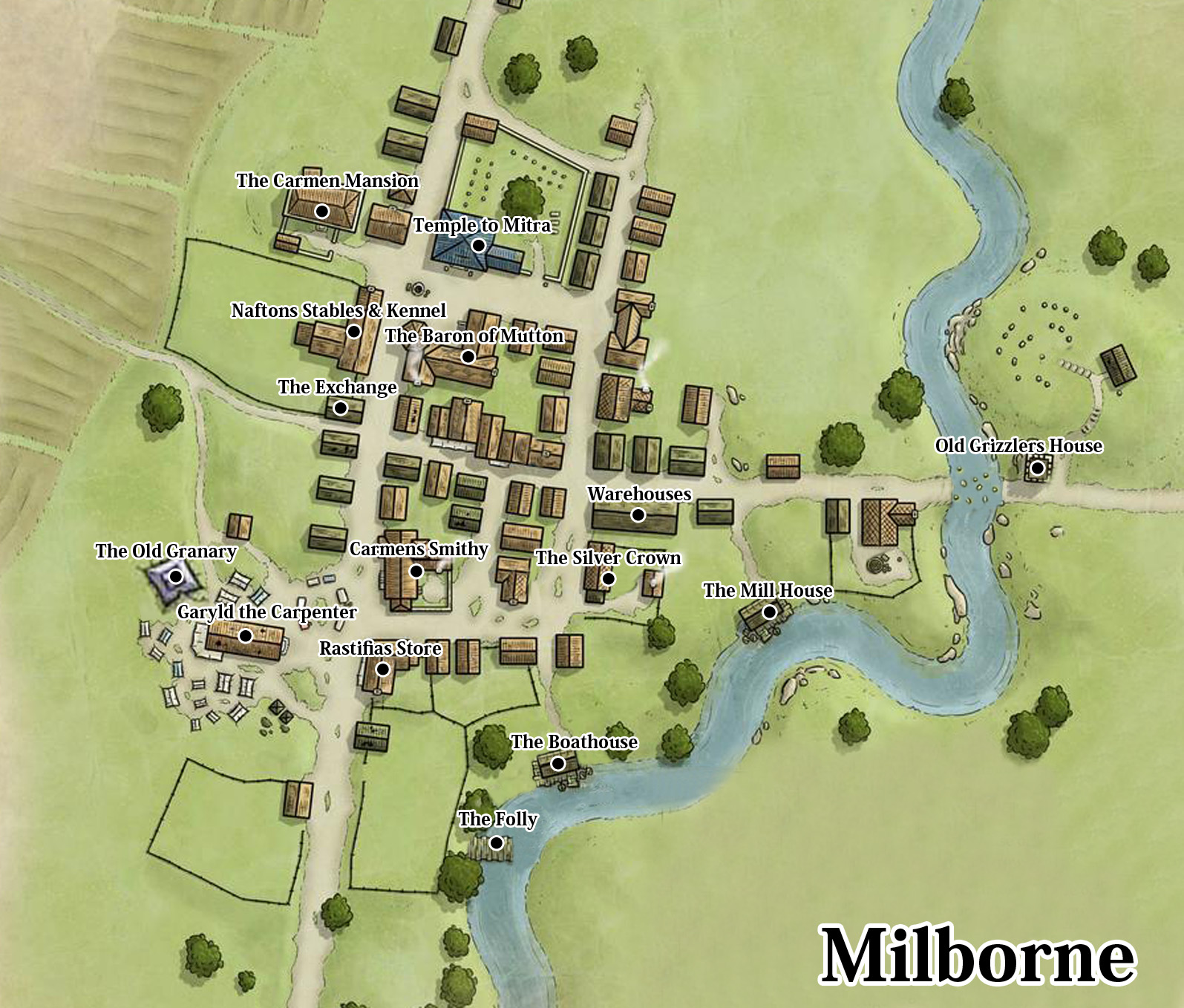 This thatched roof stone structure is owned by Haldelar the miller and his wife Parella. While he is too old to do all of the work himself, his large family and six sons handle most of the actual mill-work.   The family makes a good living and the stone ovens provide something of an attraction for the locals. The couple allow public use of them (for a small fee) which results in public bakings, often leading to to almost a minor festival on Teldays.   Haldelar is the de facto mayor of Milborne, owing his position to the two noble families. In a rare bit of agreement, both families thought that Haldelar would be an adequate and fair mayor. Their daughter Jelenneth is the apprentice of Tauster, a wizard who lives in Thurmaster.   The town does not have a barracks or station for the town guard, but Mokhor the half-orc is the Captain of the Guard and is in charge of maintaining the peace and organizing the militia in times of need.

These ramshackle buildings are actually communal property. Any villager can store goods here, and a monthly cleaning helps prevent any from overstocking with useless junk. The watchman, Rendennis, lives close by and his and his son Dagmire patrol it and keep a watch out for those seeking to steal from it.   The items contained within are almost entirely mundane, few would be dumb enough to store valuables in communal property.

Half a bridge has stood here for some 50 years. It was made of superb hardwood and would have made an excellent crossing, but everyone continues to mock the idiot who built it before realizing half-way that it was totally unnecessary. Part way up the river it is shallow enough to ford, and the bridge remains a testament to his short-sightedness. Still, it remains a popular fishing spot, especially among the villages youth.

Small wooden wharves flank the boathouse where a variety of small craft come to be tethered. The river itself is not wide at this point, but just downstream it widens into a large pond where a large amount of fish flourish.   Capella is the keeper of the establishment, a tiefling women who has found a community who accepts her without suspicion. She is a moderately able carpenter and good at maintaining the fleet of small fishing vessels, some of which are owned by others and some she rents out to those seeking a day of fishing.

This building contains a large market where ore buyers, livestock traders and even occasionally farmers bring their wares. The building is considered a holy place, where business should be conducted fairly.

The Baron of Mutton

This inn is one frequented by many in the town and those traveling through. It has large accommodations for many people to rest, and even more to eat. Guests here have the choice of fine dwellings, single rooms that are well washed and furnished (2g per night) or roughing it in the common rooms that cost a silver per night.   The inn is owned Dirkaster, a bit of a legend to the town if only for his long life. In these days he is half-blind and mostly deaf, and is about to celebrate his 90th birthday later this year. This is an age few could hope to achieve save for the long-lived elves, but few in this area have seen them so the old man is renowned.

This large smithy is owned by the Carmen family, and is used to smelt the ore taken from the mines prior to their dispatch to the capital. Two skilled smiths, Walright and Semeren, work here with numerous apprentices.   Semeren is a man of incredible strength, and despite his intimidating appearance he is generally a gentle bear of a man. He earned himself the nickname "Goblin Strangler" by the kids, after coming across a hostile goblin on the road. Lacking a weapon, he managed to disarm the vile creature and wrung its neck. Semeran manages the metalworks and also helps produce metal armor. This smithy has a variety of weapons available, and some armor, at the normal prices. Though he doesn't make it, he does buy armor of other materials to sell to make sure that he can provide all ones needs.   Near the Smithy are the huge kilms used to form Porcelain, a popular export from the town and one of the rarest commodities on the Akados coast. It is ran by Walright, an ambitious man who has begun to earn lots of coin off his craft.

This old stone building is another Carmen property, and is used for long-term grain storage during the winter. Hay and animal feed are sometimes stored here if the townsfolk believe the winter will be hard. It has a vast cellar underneath where perishable foods, such as cheeses, are kept. It is always locked.

Most of this building is a a workshop with the small remainder serving as Garylds dwelling. He is an adequate boyer, fletcher and also a maker of furniture. He and his apprentices are capable of the odd bit of house renovation, but hes never built a full house before   Garyld is a retired ranger after his leg injury, and it never fully recovered. His movement speed is only 20'. He knows much of what goes on around the village, and could be a valuable source of information for aspiring adventurers.

This recently constructed temple was commissioned by a paladin who took a liking to the town of Milborne. Before departing west, he donated a hefty sum of his adventuring spoils to have it constructed.   It is now manned by his old apprentice Semheis. He is idealistic, zealous and would likely make a good adventurer if pushed into service. He maintains the temple with a fervor that matches is nature, maintaining a beautiful garden and temple that attracts many. Semheis is one of the only residents of hte village to own a complete set of full plate, and is working to gain the rank of knighthood.   The temple is devoted to Mitra, God of Law, Justice and the Sun, and the village has no other shrines.

Rastifia is a gnomish lass who runs this treasure-trove of curiosities. She maintains plenty of base equipment, and her small family has an alchemist in it that provides potions to the store.   She does not sell any weapons, but does sell almost anything else. She is also a capable caster, and while she tries to keep this knowledge from spreading too wide, she was an adventurer before settling in Milborne.

Nafton, a popular half-elf, owns this small stables that sells some of the best light horses in the area. He also has a few oxen for sale, ideal for pulling carts. He also breeds a few plowhorses, but these are reserved for the local farmers.   Most northworthy however are his well-trained guard hounds, mastiffs that are loyal and great for protecting travelers.

This tavern is the the closest thing Milborne has to a hangout for riff-raff. This small incs prices are cheaper than most, but you should watch your coin purse while in it. Fist fights are not uncommon, and are broken up by the burly landlord Thimpsen and his son Gergel.   Though he denies it adementaly, some in the town believe he is involved in thievery and other shady business.

Most locals simply call this the "Mansion House". It is a large stone building surrounded by a high wooden wall, and is home to Darius Carmen and his family.   A few townsfolk are employed directly by guards, and his second wife and four children inhabit the grounds.   Darius is a stern, unforgiving man utterly absorbed in looking after his properties and the mines. He is a shrewd businessman, which has led to his family rising above their normal positions in the ranks of the nobility. Darius is idealistic, with him believing his own work and station has elevated him and not the name from which he comes. He believes the local baron has only held him back, and that the Parlfrays are undeserving of their title. He could best be described as Simul.

This small ramshackle hut is occupied by a man the townsfolk know as "Old Grizzly". Even he refers to himself by this, to the point none in the town know his true name.   He is a white-haired dwarf, clearly old but no one truly knows his age. He walks with a gnarled stick, but still makes his way home after a night of ale.   He has strong opinions on everything and does not tolerate fools. He knows much, and could be a good resource to call upon should information be necessary.
Type
Town
Population
946
Location under
Plains of Mayfurrow 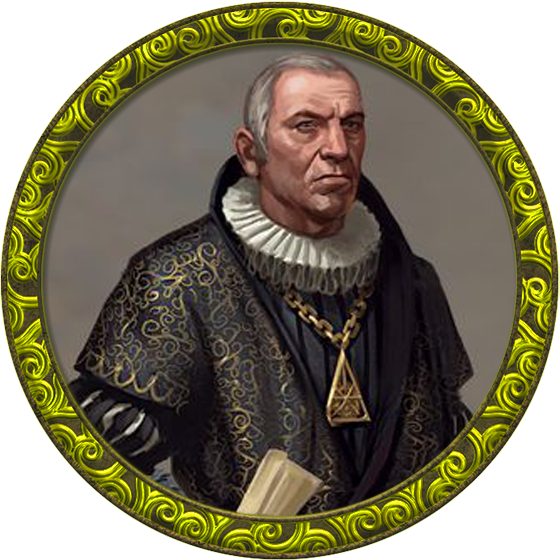 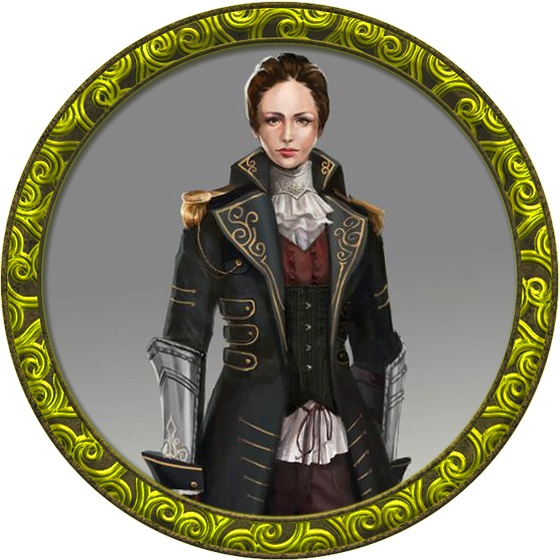 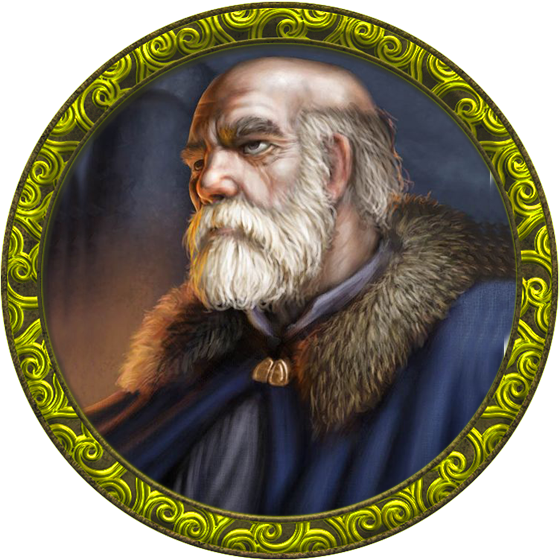 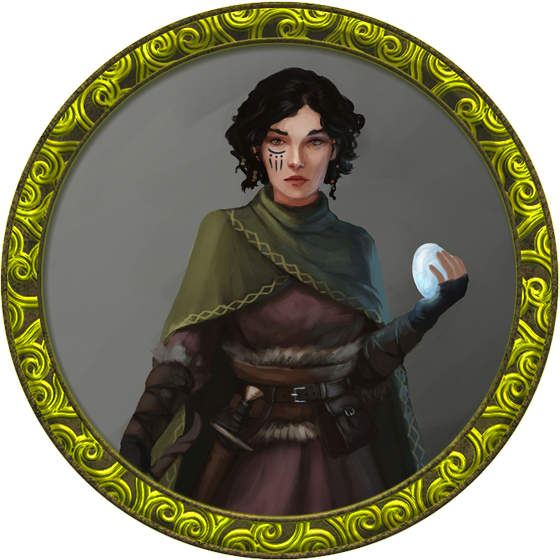 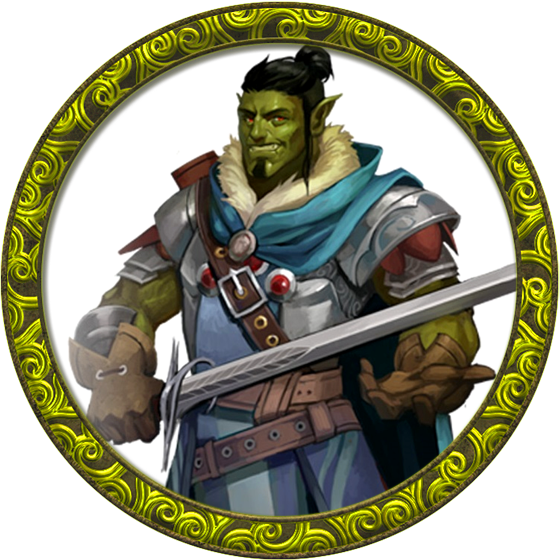 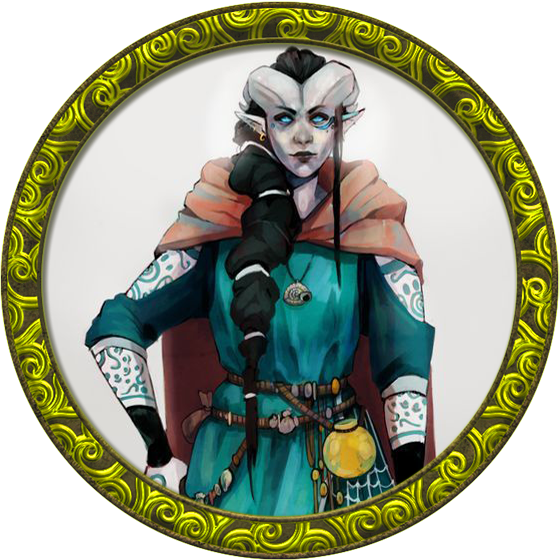 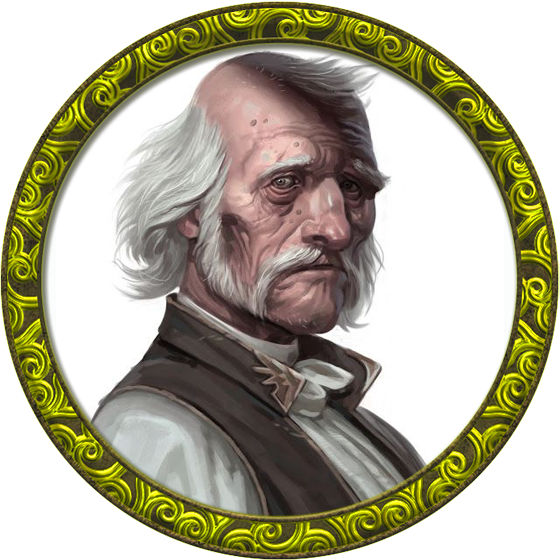 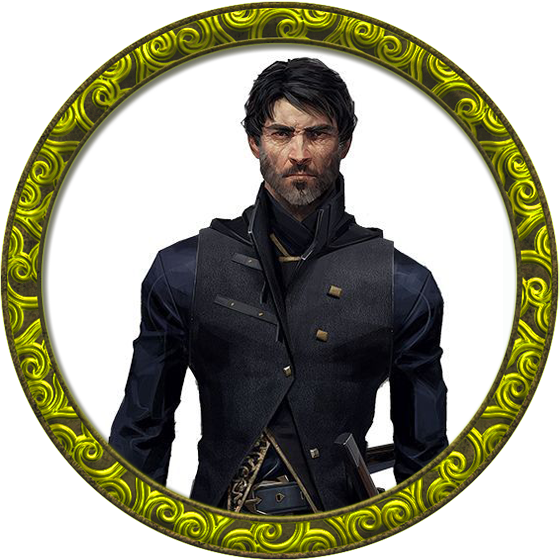 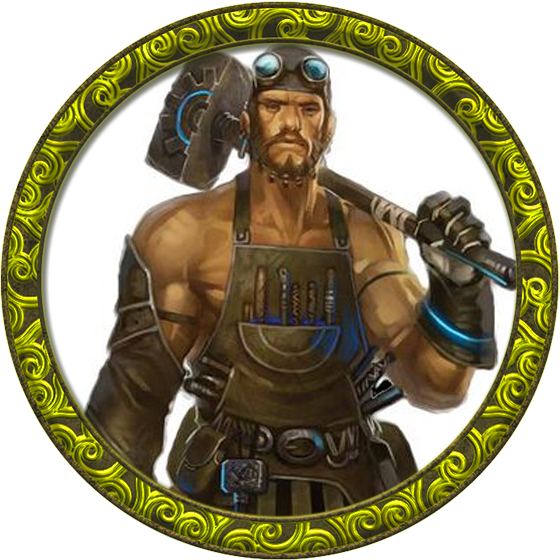 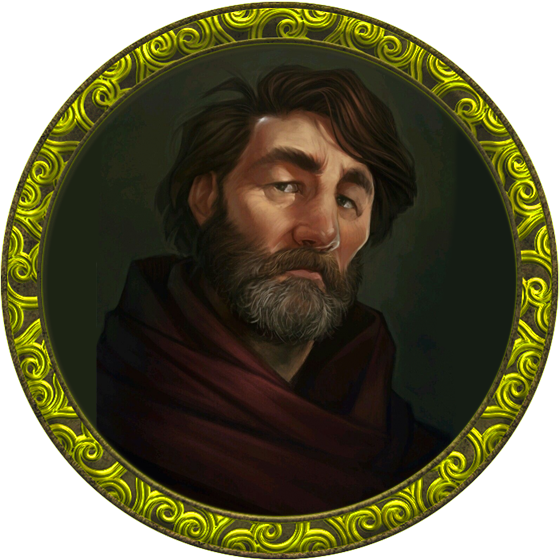 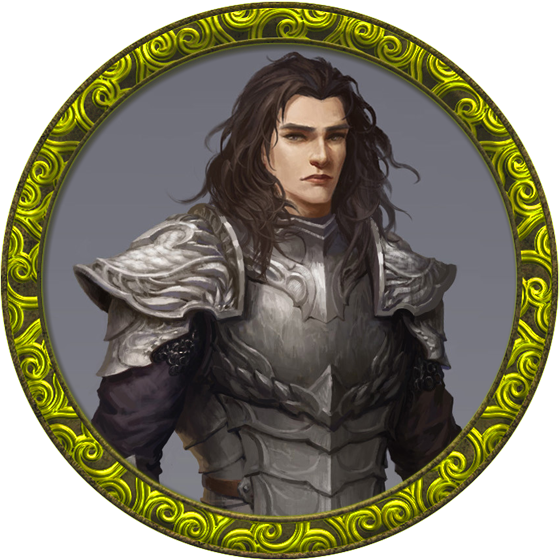 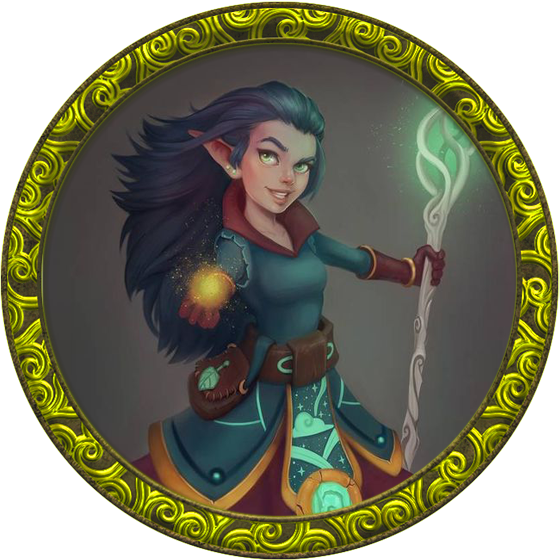 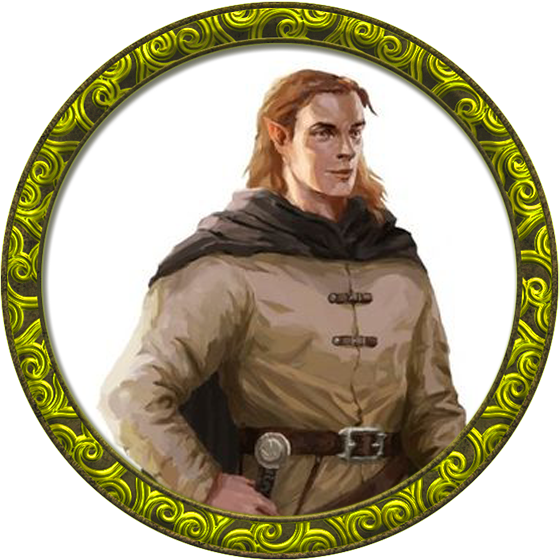 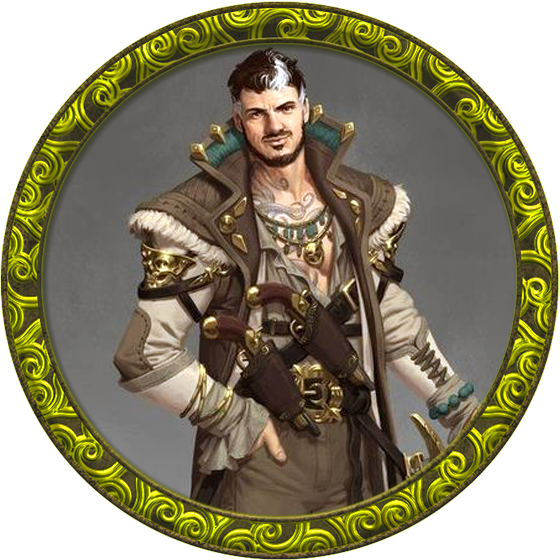 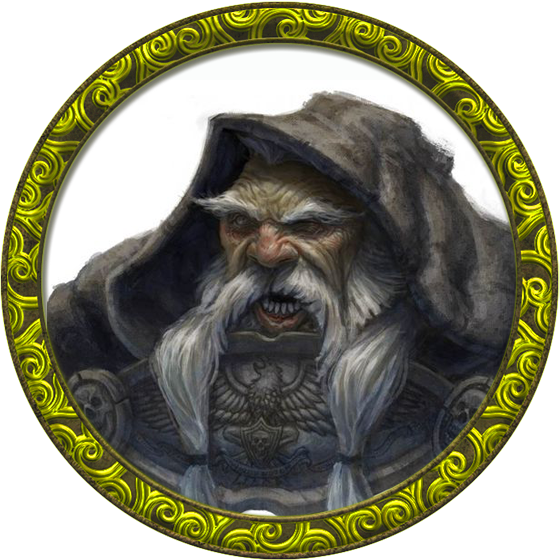 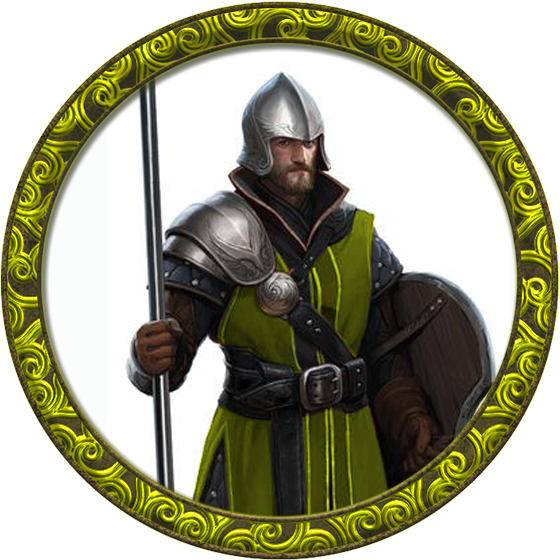 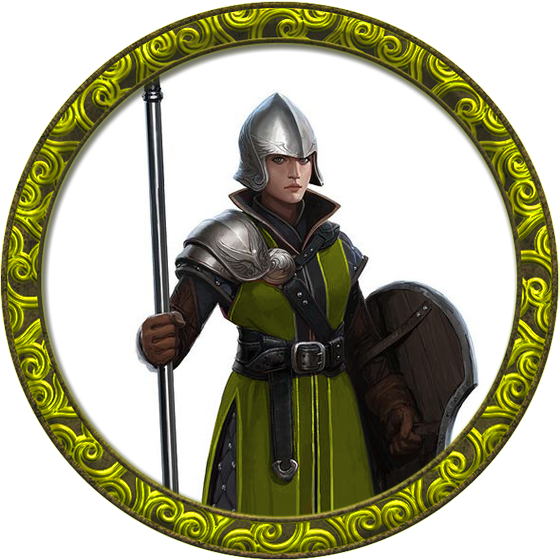