Duvin Garments of the Breathing Dead

At least I get some new clothes before I die.
— Wicked Stomach victim 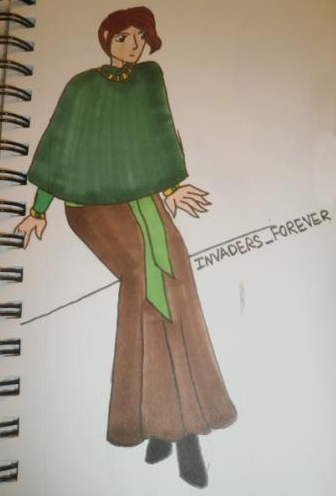 by invaders forever
To prevent the spread of Wicked Stomach, in the Duvi Sovereignty the infected and any who come into contact with them must wear special clothing so that those that haven't been exposed can avoid them. Once seen as the outfits of the still breathing dead, after the recent development of a cure, the outfit's connotation is slowly begenning to change.

The garments resemble typical Virsen clothes: a long tunic often covered by a short coat and secured at the waist with a sash. The infecteds' clothing are all brown since brown is considered the colour of death in Duvi. Brown is considered so closely linked to death that to reduce the risk to the wearer, brown clothing is almost always paired with dark green clothing as dark green is associated with life and good fortune. Only in rare cases will people wear brown clothing unless they're wearing the garments or leather. Those that have only been exposed traditionally wear brown garmets with dark green hems and sashes.

For extra protection, most healers and caretakers wear jewlery with green stones. The few people that are trusted to carry the cure wear a short dark green mantle that reaches to their wrists and wear white face paint that resembles ribs, the holy symbol of Kerali .

Are Virsens always this...touchy? All day it seems as if someone's been trying touch my face. It even happened when I was still aboard the ship!
— confused Kohtilan healer 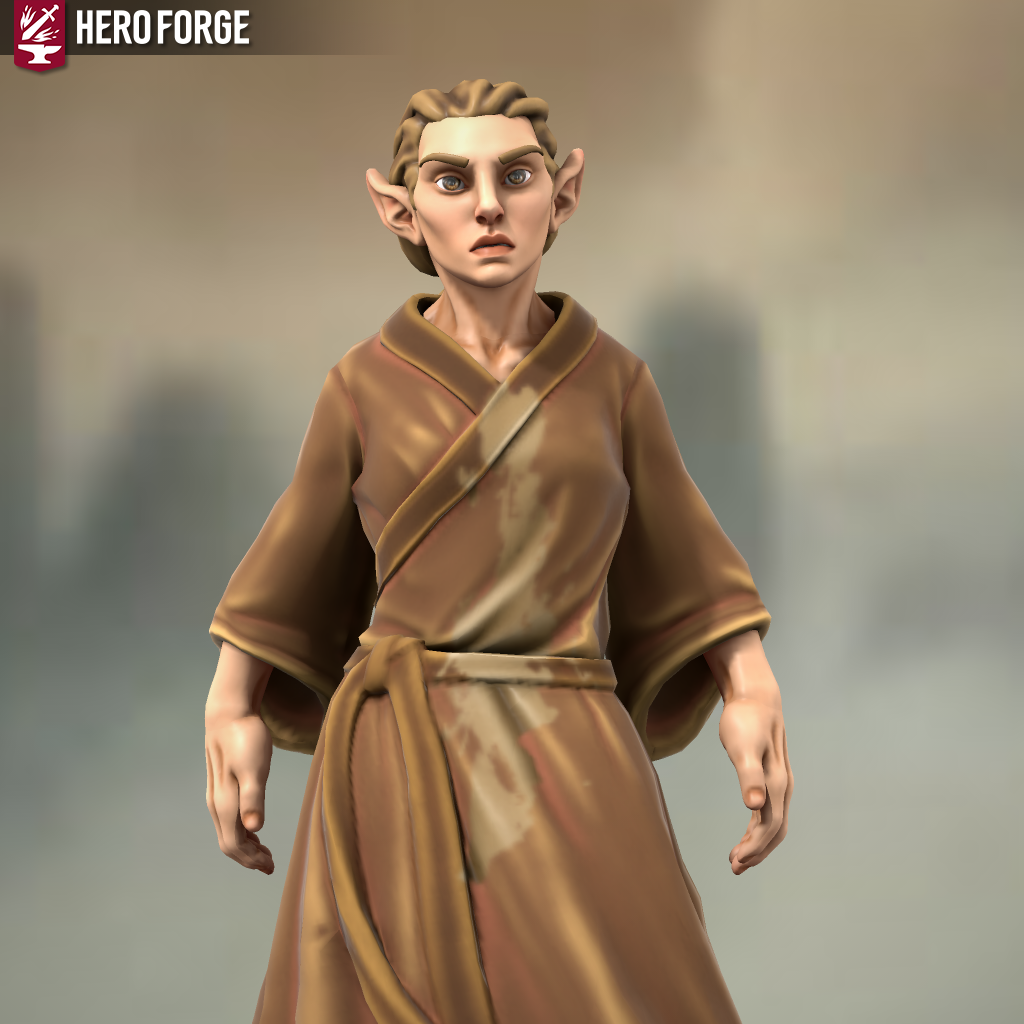 by Hero Forge
The general populace gives those in these garments wide berth for fear that they too will be exposed. Often the exposed are moved to a special area of the settlement or even outside of the settlement so that they are isolated from others. They will however be given special treatment like buildings being cleared so that the exposed can visit them since being rude to the exposed is seen as an insult to Kerali and inviting certain doom.

Those that can give the cure are seen as blessed by Kerali, at least for a short amount of time, and are treated as such. Touching the face markings of one of these blessed is said to grant good health and protection from disease.
Item type
Medical
Related ethnicities
Owning Organization
Duvi
Related Condition
Wicked Stomach
Rarity
common

Nice article, on a very dark subject :D Those are interesting colour symbolism, and I like contaminating people having to wear special clothing, like lepers :D

Nice article! Oh clothes to signify infected is nice concept. Brown does seem like a good choice for that.

Hi Urania!   I like the simple, straight forward presentation of your clothing article and that you've integrated culture/perception with colour (and a counter colour)! I noticed two small editable items :

-the specific location of "been exposed" in your first paragraph makes it look like there is an erroneous period (it's a dot in your background image). I think adding/removing one character from that line should fix it (e.g. switch "have not" to "haven't")
-In your third paragraph, the spelling of jewlery should be jewelry

My only other suggestion is to perhaps consider a different cover image since the full version is used in your article body. Great work!

This is such an interesting concept - I love that the connotation is beginning to change now that there is a cure, but that people still give these people a wide berth. I like the symbolism of brown being related to death too.

Interesting symbology, I like how something so simple still has variations and significant value in its parts. Glad they found a cure!