A Light That Never Goes Off 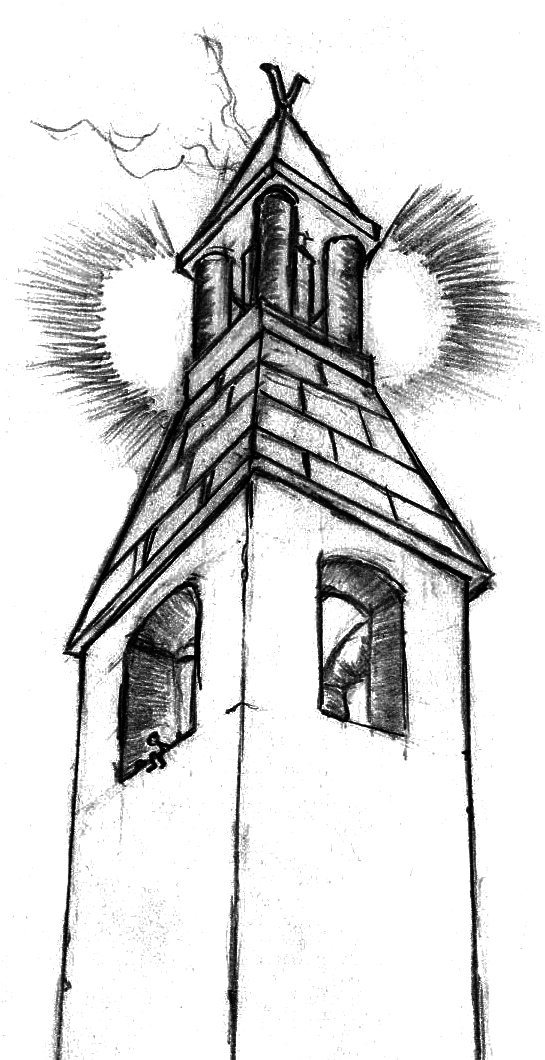 Since the beginning of the Imperial era, a prism of Catastropium on top of The Tower of Valonus has shone across the city of Valone. It's called The Eternal Star because itself can emit light on its own and never dried out by any force of nature.

If any ship who's lost in the sea find this star in the sky, they can gaurantee to find the way back home.

The prism is translucent purple, emitting such light all the time. There's a dark spot scatted around the center. Nobody knows what it really is, and it can barely be seen from the distance. The prism has a smooth surface however, made of compressed powder, so it becomes brittle.

Covered with glass panes holding together by an iron frame, it has a bottom opened to allow the flame provided by the furnace to burn an exposed area brightening it up. Without fire, the prism would've just been as bright as a palm-size firefly. If the fire is cut off, it will continue to glow before starts dimming to such lightness.

The people below see it as a daily fortune. They are afraid that one day, the star would burn out—leading to the scary belief that the star must shine, or the disaster come upon them. As such, the specific people known as the lightkeeper are responsible for (you guessed it) keeping the light of the star bright for eternity.

The star was made in Knirk to mark the victory over the Empire of Kritus as a result of historical war. All the soldiers were ordered by Valus Rarmon to give him the remaining powder they used for firing gun to be compressed and molded, turning into a sharp-edge, translucent prism. It's replaced the original firepit, which was long extinguished, to become the new light and hope in the heart of the Valonian.

Some who may know the secret of the Catastropium, doubt if the star is made of a different material compared to a mass-produced one; It's made before the empire so all the original properties may still exists. And if something happen to their source somewhere underneath, the Eternal Star would become the empire's last stand.

Ancient skyline by Adcheryl
The Tower of Eternal Light

Copyright © 2019-2021 Adcheryl. All right reserved.
All artwork, unless otherwise credited, by Adcheryl.

I do really wonder, if that spot is not a 'what' but a 'who', such as a ghost or ghosts... what will happen if they wake up?   Or have they already?

Consider checking out my world Terraloga if you want to :D

And now for the time to Summer Camp!

I really wonder what would happen, should the star stop shining. Probably not a good time for the people involved.

Only time will tell.

Consider checking out my world Terraloga if you want to :D

And now for the time to Summer Camp!

It would be cool if a great king fell because of the star or something, maybe he insulted it, and a group of light keepers removed him from power, or something. It seems that while the has a origin, and a purpose, it doesn't really have a history, the legend of the light or something.