So is this the dangerous kind of water? The "make your hair grow infinitely, turn your skin blue, paralyze you from the waist down, then kill you" kind of water? Or can we actually drink this shit?
— Discussion between two adventurers, Third Floor

Water plays a vital role within Synthacrosia. The tower uses it as lubricant, as coolant, as fuel, as whatever it needs. The water flows down from an unknown source in the upper floors; from floor to floor, taking a multitude of different paths on it's journey downwards. At different parts of the water's journey, it often takes on different properties.   Souls within Synthacrosia also need water; they use it for travel, they use it for creating. Anyone residing on the Third Floor or higher needs water to sate their newly awakened thirst. This can prove quite challenging, as the Third, Fourth, and Fifth floors have large supplies of tainted or toxic water.

Water in it's pure form can often be the hardest variety of water to find. On the First Floor, pure water is found in the damp places beneath rocks. On the Second, pure water is nowhere to be found, as the river is incredibly toxic. On the third floor, clean water is found only within the flesh of Salvation Cactus. The trend of sparse pure water continues the higher up the tower you go.

Poison and Curses taint the very land within the center of the Third Floor. Here, when water flows through, it takes in the evil from the surroundings, tainting it. Water found in Sanctuary, in the center of the Third Floor, is known to cause a myriad of detrimental effects; from changing the colour of ones features, to outright killing them.   A massive whirlpool within the Sanctuary swamp collects the accursed water, and funnels it downwards, to the Second Floor. From the ceiling of the Second Floor, a colossal waterfall cascades down onto Weirborough , known as the The Spill -- it feeds the rivers that lazily spiral around the Second Floor. It's here the Second Floor citizens make their living by trading among themselves, doing their best not to touch the dangerous water they live beside, lest they suffer the horrible effects.

The water of the Fourth Floor ocean is already full of trace, toxic elements, long before it reaches the tainted swamps of Sanctuary. The toxic water will not hurt based on touch, only if ingested. The scientists and magicians that live within Blackridgepool spend most of their time figuring out newer, more efficient ways of removing these toxins from the water.

I was trying to purify this batch of water... and I got pink dye out of it? Hooray, I guess?
— Fourth Floor Scientist 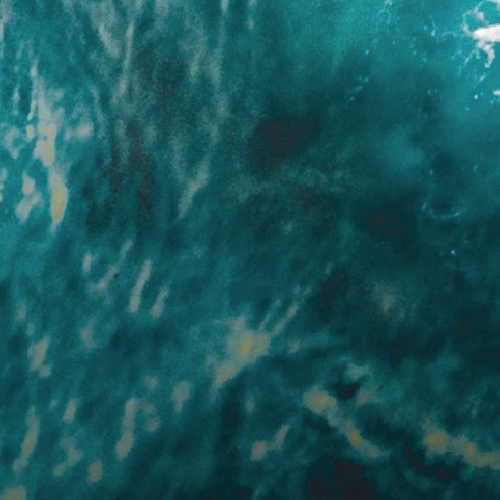 Occasionally, citizens of Synthacrosia will go one step farther than merely trying to purify water for drinking. They'll sometimes take what trace elements or magics they can find within the water, and attempt to extract or enhance them.

Toxic Water of the Fourth Floor

The labs on the Fourth Floor, within both Wandermere and Blackridgepool, have made several small breakthroughs from studying the toxins and elements found within the water of the ocean.   Scientists from Blackridgepool in particular have found a way to make various styles of dyes, of almost any colour imaginable. Some of the dyes have a metallic luster to them, and appear to be different colours from different angles. Rumours have been circulating that scientists have created a serum that makes your hair grow 6", but so far concrete evidence has yet to be released to the public.

Cursed Water of the Second Floor

Within Weirborough is a small potion shop, run by an aged Elf woman named Alia. Through careful, and sometimes clumsy, experimentation, she's managed to figure out a process for creating a variety of potions out of the cursed water of The Spillway. In the process, she's cursed herself with ever-growing hair, but she doesn't seem to mind.   Alia uses her potion making process to make anything from standard health potions, to more exotic shape and size changing potions. She'll even sometimes make a potion that will allow it's drinker to communicate with animals, or even insects.
Summer Camp 2019

Water Image via Unsplash; cropped and darkened by Stormbril.

A great article. Its rare that people write about the more mundane aspects of their world, but in cases like this where it differs from our own world it is important to go into detail as you have. I like how you describe the various states the water can be in along with where that kind of water can be found. I dont know if you have other articles for this or are thinking or writing one, but going into more detail about the 'thirst' that new residence have would be nice. Is it like our need for water or is more akin to how stereotypical vampires need blood and will lose themselves if they dont get enough? Adding in small details like the potion shop is also a nice touch as it gives the world a sense of life and that it could exist outside the confines of the article, which is think is important in any world building. Over all I enjoyed reading this article and I hope you the best for the rest of Summer Camp

Thanks for the wonderful comment!   You're right, I have plans to outline "thirst" -- but for now, it's essentially the same as need for water. Synthacrosia is a weird place :P Glad you liked the small details as well!   Hope summercamp was good for you!

The opening quote also sets the mood really well. I like how you set up the topic at the top, and then after that, the smallest and simplest section is about pure water and how rare it is. Then on with the weird stuff!   The questions I have come from the unmentioned floors - fifth, sixth, the mythical seventh floor. (This is your game world, yes? Perhaps we don't know about these yet because the characters haven't gotten that far yet. But I am curious. :) )   I don't know I've mentioned this before, but your page layout is tight, I really respect how you've blocked everything out with images. Thanks for posting this, it is a great read!

The weird stuff is where I like to write! haha. Glad you enjoyed it!   I haven't reaaaaaally delved into developing the upper floors all that much yet. I wrote a couple articles during SC regarding the major cities of the floors, though! And actually, the fifth floor got a lot of development. I need to start on maps now I think.   Also, I'm glad you liked the page layout! I'm kinda passionate about formatting my pages the way I want them, I'm happy it's enjoyable haha.   Thanks again!

It's weird but I never even considered doing an article on water or something equally as mundane for the common item prompt. However, I really enjoyed your article, especially how you explained the different types of water making it familiar and yet unfamiliar at the same time. I am curious, what happens if someone tries to combine toxic and accursed water?

I'm very glad you enjoyed it!   Hmm.. if someone combined those two... they'd probably get some accursed toxic water :P Maybe it'd amplify the powers, maybe not... I like to think the water within the second floor rivers is this "accursed toxic" water, haha.