The first of all souls to arrive

Our first! Welcome to the afterlife, welcome to Synthacr-- oh... oh shit. Turn it back off, TURN IT OFF. Look at him! What the hell have we done?
— Locorin , during the arrival of the first soul to Synthacrosia.

The very first arrival to Synthacrosia -- twisted. Arty was a Lizardfolk in his previous life, and lived a full life before death. Now though, he's young and old at the same time, having been brought into the Tower of Souls wrong. Arty traveled all of Synthacrosia in his many years, watching, observing, and thinking. He developed a theory on the existence of a perfect soul, and believes there to be no better taste than the flesh of a perfect soul. Thus he wanders.

First soul is not in good physical condition. He's got the energy of a hatchling, with all of the joint pain and fragile bones of an aged lizard. He stands a mere 4' tall, and is covered head to tail in scaly wrinkles. He poses as much threat as a smart, but small child, with none of the energy youth brings.

With a hatchlings ever growing mind, First Soul absorbs any and all knowledge around him. He has the benefit of an adult's experiences to guide this knowledge, being able to separate truth from fiction. The mixture of these two minds unfortunately means First Soul takes himself far too seriously.

Riotous, twisted, and unsure. His soul is not what it used to be, nor what it will be in the future. With his past mostly erased upon entering Synthacrosia, First Soul lost who he was, and his soul has never been the same. Some think this problem is what prompted his ideas on finding a Perfect Soul.

Arty's previous life has been mostly erased; unlike most souls who arrive in Synthacrosia, he was never given the opportunity to remember his past life.   Due to a miscommunication, and error, when Arty arrived in Synthacrosia, he arrived twisted. Synthacrosia's Soul Custodial System was quickly turned off, but the damage was done. Unlike every other soul after him, Arty, known later as First Soul, did not arrive the same age as he died. The Soul Custodial System captured First Soul at every single age simultaneously.   When First Soul arrived within the Coalescent Dome, he was old, young, middle aged, everything all at once. His tail was short, but his teeth were long; his eyes big, face wrinkled. Hand strong, but frail. Bones thick, but weak.

He's... actually... kinda cute. Don't tell him I said that though. He's got an anger like no other.
— Unnamed Soul, early days of Synthacrosia's operation

First Soul did not stay on the First Floor for very long. Feeling as if his very existence was a mistake, and feeling at war within himself, he left not long after arrival. Locorin attempted to apologize, to make things right, but was too late. As Locorin returned to the task at hand, fixing the Soul Custodial System, First Soul was already lost within the tower.

For many years, First Soul simply wandered, attempting to settle the cacophony within his mind, as his multiple selves battled for control. His brain, full of the mature thoughts of a Lizardfolk reached his prime, was constantly rewriting its self in an effort to grow, as if he was still a hatchling.   So he wandered. First, Second, Third floor -- he traveled through all of them, getting to know the landscape of the tower. Still, no other souls had arrived; he was the first and only during this time, forced to wander in solitary. These years wore him down, and formed a core of distrust within him. He became cold, and calculating.

Some time later, when Locorin reactivated the tower, First Soul began to wander at a slower pace. He chose to spend great lengths of time near the new souls -- not close enough to be directly noticed, but close enough that he could observe.

Hey... do you see that guy over there? Yeah him, the one half behind the tree. Does he think we can't see him?
— Unnamed Soul, Second Floor

As soon as he wrote his theory on perfect souls, First Soul wanted to hunt. He wanted to taste perfection. But first he needed to spread his work, grand theory; so he took his written work and began to copy it. Soon he had over 100 copies of his theory. He first went to the Fourth Floor, to attempt to store a few copies within the Blackridgepool library. However, disaster struck, and he lost the majority of the copies into the Fourth Floor Ocean.

Well, time to hunt.
— First Soul, moments after losing all copies of his theory

I've been here longer than most. I've... seen things. I've done things. I'm not who I once was.
— First Soul

Current Location
Unknown
Conditions
Honorary & Occupational Titles
The Oldest Youngling, The Ancient Youth,
First of Us, Prime Arrival,
Smarty Arty (though never to his face)
Circumstances of Birth
Arty was the first soul to arrive in Synthacrosia
Biological Sex
Male
Eyes
Large, round

Prime Theory of a Perfect Soul

In the long wanderings of First Soul, during the extensive periods of simply thinking he did, he came up with a theory. He based this theory on his observations and his experiences; he had seen almost every single soul to arrive in Synthacrosia. He had been the first. He had experienced what happens when Synthacrosia malfunctions, twisting a new arrivals soul into something it wasn't before.   A theory arose, that a soul existed that was perfect. A perfect soul could be detected via three distinct features:   # Their crystalline bracelet.
The Crystalline Power Bracelet Device worn on a perfect soul's wrist would be brilliant; vibrantly shifting through every hue imaginable, and some never seen before. # Energy.
A perfect soul would radiate pure calming energy; it would feel good just to be near them. Any damage to your soul, your core, would be gently repaired when in the company of a perfect soul. # Taste.
Finally, possibly the easiest way to determine if someone is a Perfect Soul or not... is their taste. It was First Soul's belief that a perfect soul would taste divine; pure, unadulterated, clean flavour, like nothing anyone has ever experienced. 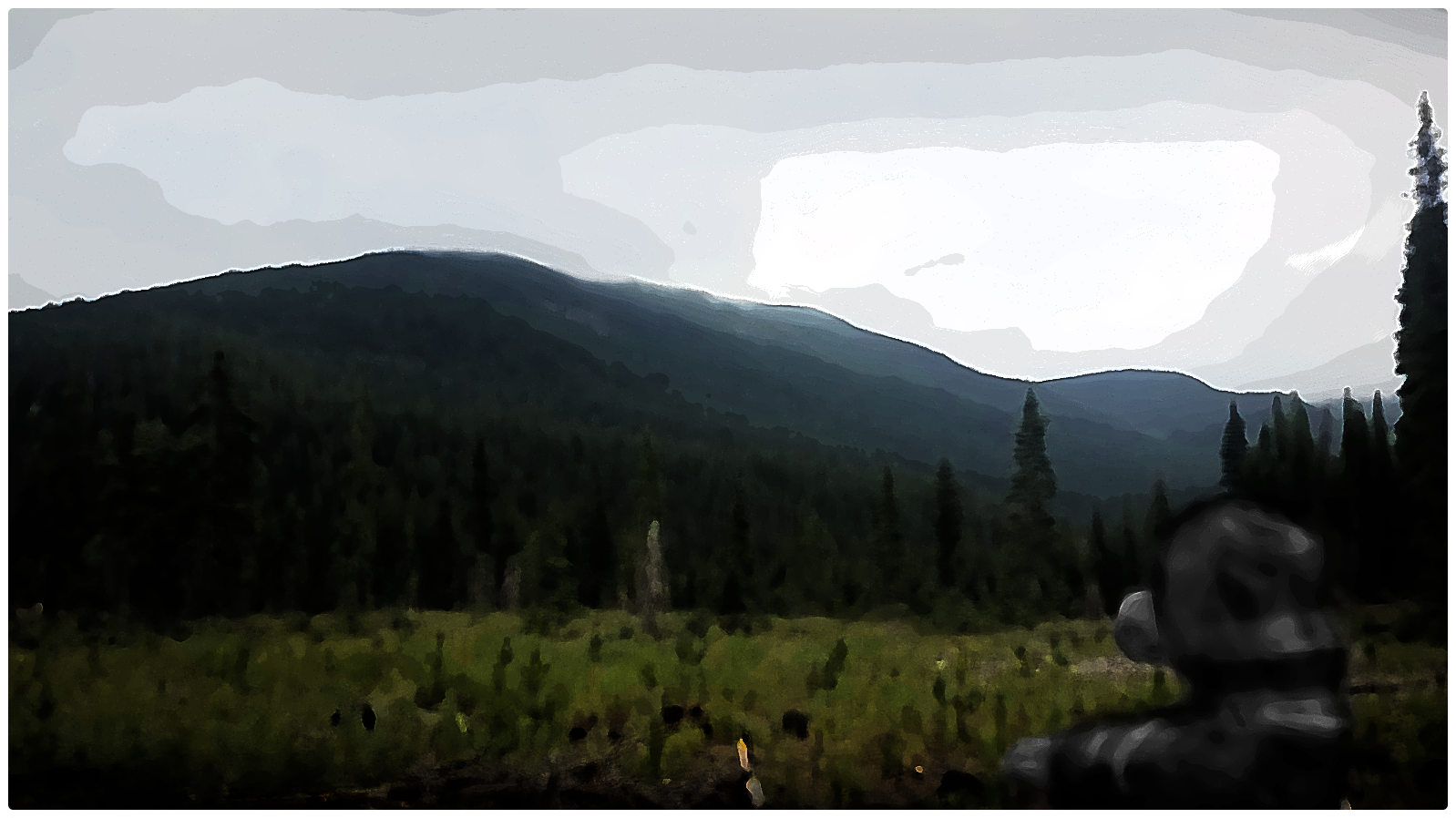 Sigh... Smarty Arty's back in town. You know what that means. Keep your bracelet clean, and displayed clearly, lest he think it to be a vibrant rainbow bracelet. If he bites you, you can just push him over. He can't move very fast. He's surprisingly sneaky however, so watch your back. His bite is more annoying than anything though; the bite doesn't even really hurt, and I'm not sure if he even has any teeth left.   Anyways, how's it going? Hows your wife?
— Conversation between two unnamed souls, Sixth Floor

I loved Smarty Arty in all of his weirdness.   A few questions: Does anyone else believe in the existence of a perfect soul? Has he converted anyone? (not necessarily to his full beliefs, but rather about the existence of such a soul). How has he influenced the other's souls perceptions and thoughts about themselves and their place of residence?

I'm glad you liked him!   I really appreciate the questions too, it hits on something I was thinking about after writing this article. I think Arty is onto something with his "Perfect Soul" theory, even though he's a bit misguided on it. I think a few other people might work off of some of his research, and find that there indeed might be such a soul. Might make some people feel inadequate, or give hope to those who are currently on hard times.   Could make for a good secondary article I think!

Oh boy. This took me a short while to get through. It's dense, it's informational, and I love it. It certainly fit "adorable predator that's a great thinker" but you put your own spin on it which is even better! The twisted torments of Arty's afterlife is a great read. That final quote is just brilliant. I'd love to see a better picture of him one day, I don't think the current one quite befits Arty's status as the Prime Arrival, though perhaps it's foggy like a memory.

Thank you so much! I want to see a better picture of him too, but I'm not the greatest artist when it comes to drawing people/living things. Maybe some time I'll have to get a commission done of him!   Thanks for the comment :)