The creator that is no more

I didn't mean for it to go like this, in the end. I never wanted to do all those things I needed to do to get here. I always knew they'd come back to haunt me... and here we are at the finale of my work, and I'm left with nought but regret.
— Musings of Locorin, unknown page.

Not much is known about the elusive gnome anymore. He used to be quite personable, traveling up and down the tower, meeting new arrivals. He was quite liked. But just 30 years into Synthacrosia's initial years, he disappeared.   At the end of his life, Locorin was found trapped and injured in a small shack at the center of Floor 3. Here Those who would climb the tower of souls found him, and heard his story. Here Locorin gave his gifts , and then vanished from reality.   Feared an entity he called "The Dark One" who had supposedly corrupted Jaxton . This so called "Dark One" was seemingly attempting to wrestle control of Synthacrosia away from Locorin.

High educated, many thousands of years ago.

Built Synthacrosia.   Possibly gained the power of a god; seemingly was able to control time. Even in his last moments, he exuded a great power, freezing hundreds and thousands of insects in time, stopping their assault long enough for the party to approach the shack he resided in.

Betrayed someone named Naeldreg ; a partner? A close friend?

In the earliest days of time before time, before Synthacrosia had even begun construction. During the time when Purgatory had it's own ruler, and Locorin was but another soul within it, a deal was made.   Rules feel, and the fabric of unreality was remade into Locorin's wishes. Yamaraj, the dark one, was cast out, and seeks to regain control if what she feels is rightfully hers; dominion over Purgatory. 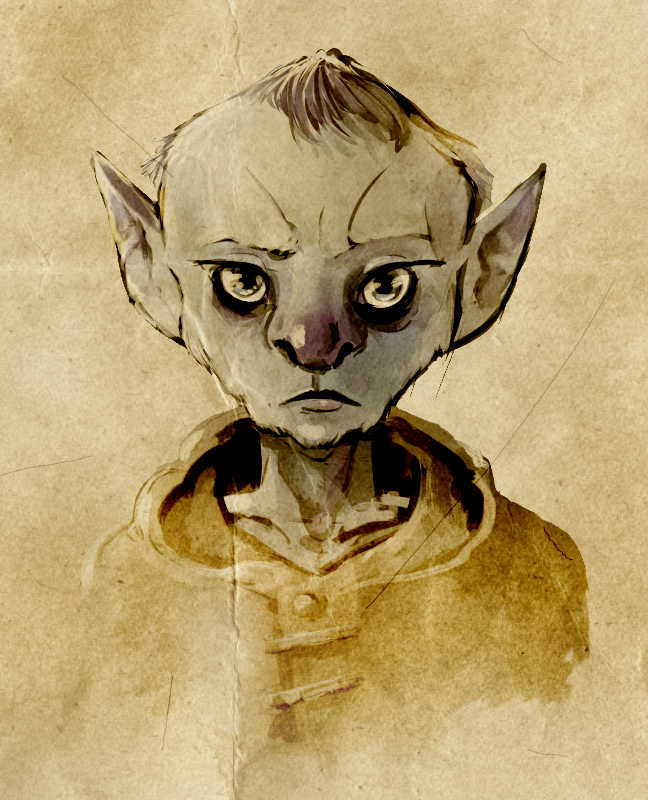 Divine Classification
God
Current Location
Beyond purgatory
Species
Gnome
Life
0 BcA 2000 AcA 2000 years old
Circumstances of Birth
The first to attempt to control purgatory. He built synthacrosia.
Circumstances of Death
Stabbed through the abdomen with a planar disrupting dark energy spear. Warped and phased out of existance.
Eyes
Deep, knowledgable, featuring a hardness to them not seen in most scholars
Hair
Sparse, light
Height
3' 7"
Weight
52 lbs
Aligned Organization
Creators of the Tower of Souls
Creators of the Tower of Souls

Join Synthacrosia Discord!
This world was started as a homebrew world for use with Paizo's Pathfinder, and as such, any references, systems, characters, locations, etc, that are specifically from Pathfinder, belong to Paizo. The rest of the world as it exists, the characters, locations, themes, histories, etc. belong to me, Stormbril.
Cover image: by Stormbril
Character Portrait image: Portrait by totallysweetredhoodie