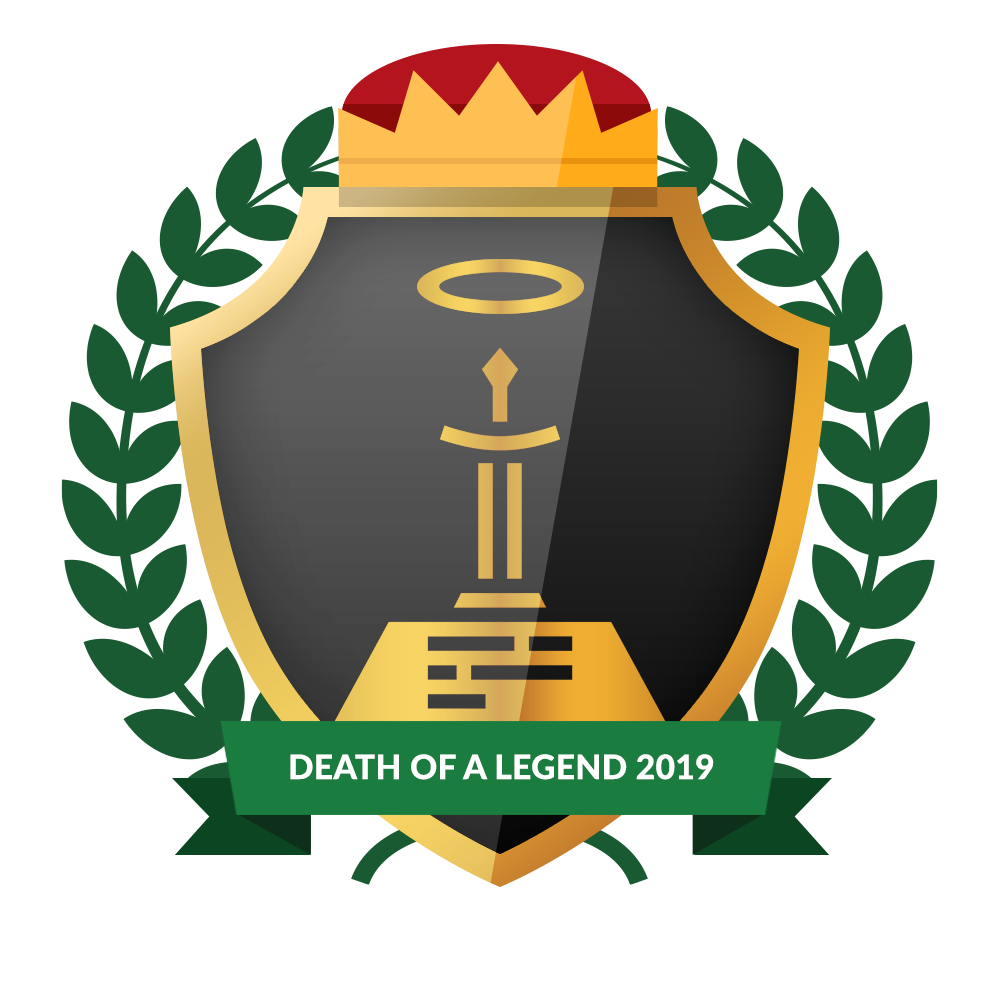 A tale not yet told

The end of one story begins the next

War ravaged Absalom .   The young, the strong, and the naive were all taken by it. The Nation needed blood. Tiddles was called upon. Having listened to his elders tell tall tales of camaraderie and bravery, within expeditions that rivaled the gods in terms of sheer audacity, the young man was enthralled by war. Anticipating glorious war and an assured conscription, Tiddles practiced with blade and shield, emulating the brave warriors he'd heard stories of. In his down time he'd replay the tales of battle within his mind, relishing every minute detail of combat and action, of tension and hope. The feelings imparted on him from these stories were treasures to Tiddles. He never forgot them.

As a young man, Tiddles would spend countless hours with the elders of his community. While the rest of his peers were out chasing animals and breaking windows, Tiddles would sit motionless on the floor next to whoever had a story he had yet to hear. His ears would be keen, his eyes wide open, as he absorbed every word from the story teller.   Before the war, Tiddles filled his head with facts, stories and events, rather than tactics and muscle memory with a sword.

Though Tiddles spent less time learning the blade than his compatriots, he was a quick learner and soon found his rhythm.   In doing so, he soon lost his spark. War was not everything he had heard it to be.   One chance night set Tiddles back onto the path of him becoming his greatest self. Again relying on the crutch of alcohol to support him in the bleak setting of war, Tiddles stumbled by a group of soldiers he had known. Three of the original 8 were missing. However the remaining 5 had smiles on their faces, as they took turns laughing and telling tall tales of their former companions, each tale more wild than the next.
He always remembered the remaining 5 solders. It was his core that he'd go back to when fishing for inspiration. It became one of his most famous pieces, titled "The Five of Eight".

Tiddles abandoned the war effort as soon as he could; having soaked up enough blood and stories to last him a lifetime. When he returned home, he found there was no one he knew left remaining. With nothing tying him to this place, Tiddles packed up his few worldly possessions, his sword and his shield, and set off to tell his tales. 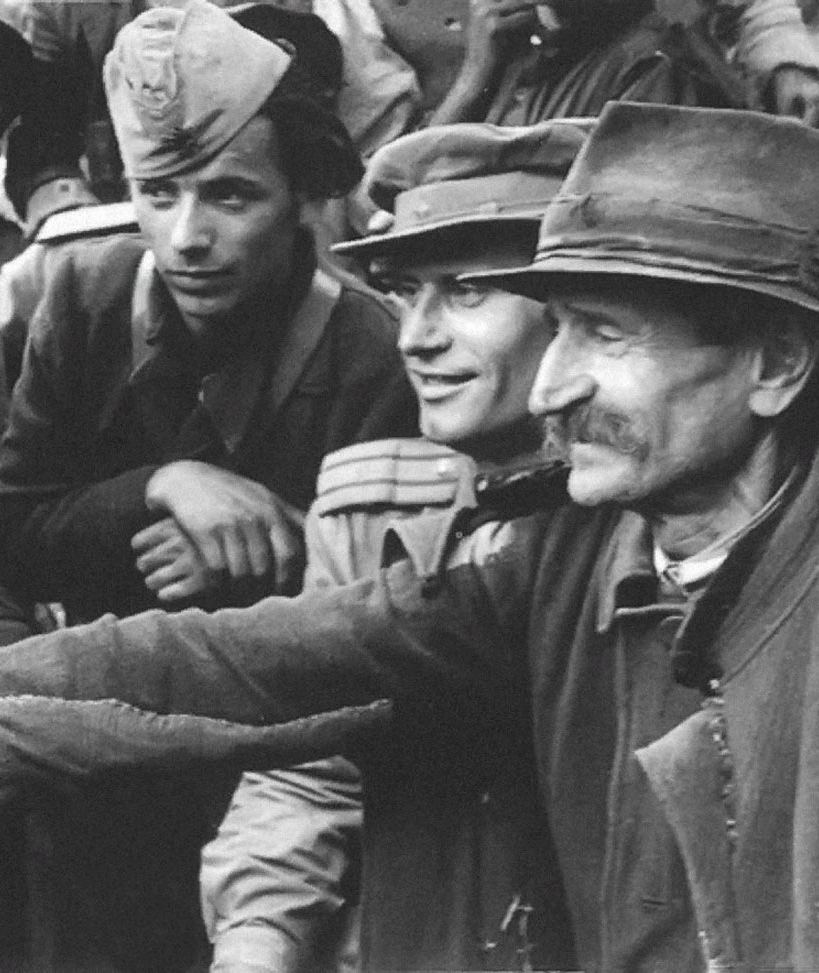 The Tales he Told

Tiddles would tell stories with a musical flourish. During the war, musical instruments were hard to come by -- as such, Tiddles became proficient with his voice and with the rhythm of beating his sword against his shield.   In his stories, Tiddles would sing the praises of his comrades at the top of his lungs, before dipping down and whispering their hardships to those who would listen.   He'd sing songs about warriors and soldiers. He'd tell tales of bakers and of cobblers. In his many years after the war, in his many travels, Tiddles would see everything he could, just so he could talk about it afterwards.

Tiddles did not die a warriors death. He didn't die a bards death. He died a quiet, lonesome death, without the boisterous song his tales had been known to contain.   Tiddles had an innate understanding of the ebb and flow of stories, when they'd reached their final pages. He chose tonight to revisit some tales from his war days, some smaller, less know events, personal to Tiddles.   For when he finished talking in the tavern, he felt as if his own story was reaching its last chapter.   It was late. Tiddles felt flushed from the pints he received at the tavern as payment for his tales. The man had shrugged off the admiration and offers of assistance in walking home. Thus he was alone, when the shadow crept out behind him.   He didn't hear the attacker approach him. He didn't hear the sound of a blade being pulled from its sheath. All Tiddles heard was his own gasp as he felt the cold metal enter his back. As he felt his life drain out of him, all he thought about was the stories he had yet to hear.

In Absalom , Tiddles was rather unknown. A city of that size remembered only those who who truly made a mark. However, when an artist was not remembered, their art was. The stories told by Tiddles were remembered, and told again and again; in taverns, in family gatherings, when parents told stories to children to help them sleep, Tiddles had his words repeated. Years later, the name Tiddles would be entirely forgotten. But a handful of treasured tales became a cornerstone of storytelling in Absalom, all accredited to a nameless bard years ago. His impact was never forgotten.   Tiddles had his story reach its natural end.   Then the next chapter began.     Tiddles awoke. He found himself among the other recent dead in Purgatory, but a twisted version of it. An artificially created land within Purgatory: Synthacrosia. He found himself in the company of 4 other lost, confused souls. Other people who's stories had ended just like his, who were unnaturally forced into this new world.

Tiddles had come to The Tower of Souls, with a brand new story to learn.

Sparing himself no time to grieve, Tiddles and his 4 new companions set out to figure out what exactly was happening. It wasn't long before they found themselves knee deep in every conflict inside the tower, and the tower noticed. Citizens inside Synthacrosia began to whisper to each other.   "Did you hear about the new arrivals?"   "Didn't one of them wrestle with a giant monstrous snake, even while poisoned?"   "I hear after that, the same guy scared some murdering cult leader so bad that he cried himself into submission!"   "Wait, you're telling me they managed to climb to the second floor? No one has done that in centuries!"   "What was his name again? Tiddles?"   The Bard had seemingly come to a place that would remember his deeds and his name. With the company of 4 strangers that he was gradually beginning to call his friends, he began the first chapter in an epic legend. He was going to learn everything he could about this place, to tell a tale to rival the greatest stories any mortal has ever heard. 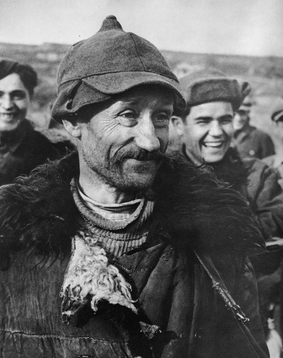 Tiddles was born to parents rich in happiness, not wealth. For 11 years he lived with his parents, until sickness took them. It was a particularly rough year that orphaned many children. The city had a smart idea; pair the young orphans with the older, child-free residents. It was here Tiddles began to nurture his love of stories.
Related Locations
Related Organizations

The friendly bard, banger of drums. Versed in war, sadness, hope, and storytelling. Tiddles is here to help bring those around him up.

Those who would climb the tower of souls. Tasked with reaching the top

The Bard's Own Words

Speaking in earnest with a young child;

Ah, if there's one thing I regret, it's never starting a band, you know? There's this power to music! It's why I so often use it in my stories. But the power of music, it's more than just singular story telling. Music, in groups, is so much more. Music between friends -- with friends, is building something unimaginable that lasts forever, while lasting mere moments.   If there's one thing I could go back and redo, it'd be going back and actually forming a proper band.   It's been a lonely existence, telling tales by myself...
— Tiddles the Partizan

Join Synthacrosia Discord!
This world was started as a homebrew world for use with Paizo's Pathfinder, and as such, any references, systems, characters, locations, etc, that are specifically from Pathfinder, belong to Paizo. The rest of the world as it exists, the characters, locations, themes, histories, etc. belong to me, Stormbril.
Cover image: Netflix Castlevania Background : Tavern by Sylvain Sarrailh

Let me know if you liked it! I'm looking to see if certain sections have too much detail/too many words, or if I should expand upon others. Also hoping the whole "dies but wakes up at the start of a new story" part makes sense, or flows properly with the rest of the article!

Now THAT was an original and beautiful article! The story of tiddles is amazing! A beautiful combination between prose, storytelling and worldbuilding. The story of tiddles and his life was beautiful to read. And the quote on the sidebar by tiddles really livened up the article. What i liked most about this article though was the ending in how tiddles dies but wakes up at the end of a new story. Makes me want to read more of your world. I cannot say much for now since i am sleepy but overall its a great article and deserves my like! Congratulations and keep up the great work!

Its a good article. An interesting premise, a likeable character. I really liked the Death and Spread sections. The wriiting in those was great, i enjoyed reading them the most. The pictures and quote really give the image of a kind artist, good choice there.   Things you could add: maybe an excerpt from one of his songs or a saying he often used, You could add a sidebar short about Synthacrosia, describe it a little. Or mabe a bit about the war he fought in. Just to give a bit more context to his world.   Other than that really nothing worth mentioning. Good article, good premise, worth a like!

I like the suggestions of things to add! I really want to add them. However, I'm at 1500 words exactly, and I cant think of anything to remove....   Thank you for the like and the kind words!

Wow... Not going to lie Stormbril, it is very rare that a story in itself keeps me glued to the screen, only to have it end (at least I thought) and begin again.   I finished reading this with a "Damn" look on my face. I loved the story, I loved the few visuals you scrounged together. I like how even though no one knows him, they know his stories. A powerful but anonymous legacy. And then his death was the start of another story? Goodness. Bravo.

Thank you so much for the kind words! It really means a lot, I'm super super pleased you enjoyed it!