A celestial core is an organ possessed by certain species of Glowfauna that works in tandem with the celestial nexus and allows for active consumption of Aura. Celestial cores function similarly to muscles and can be activated and used with little conscious thought of the user. They can also be affected by disease and atrophy. 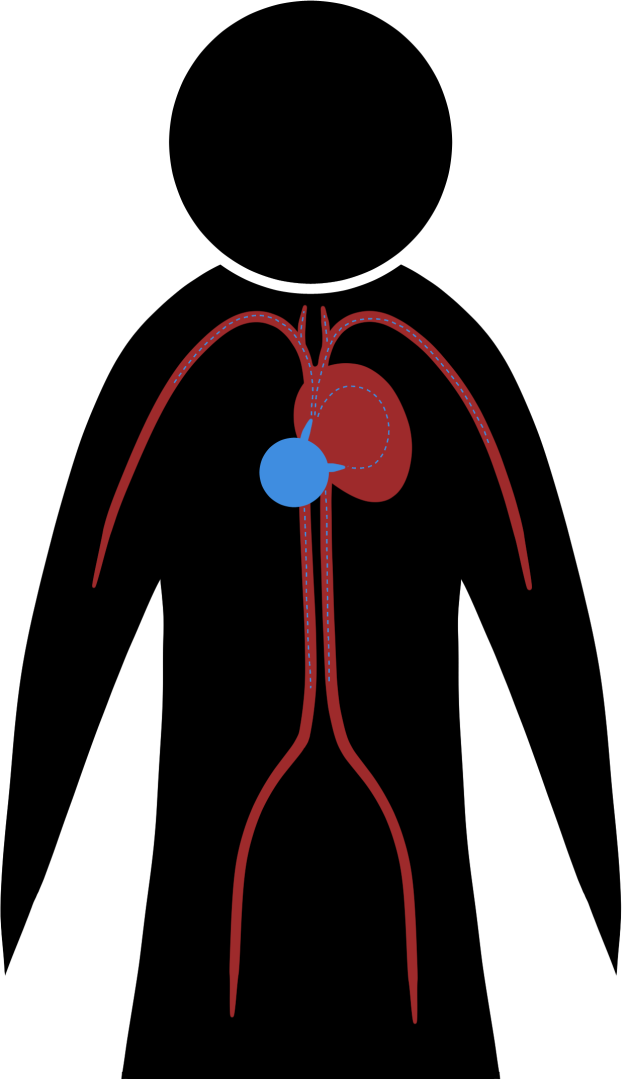 The celestial core is located in the chest, very close to the heart. In humans and lilthians, it's nestled directly to the right of the heart. The heart and core are connected, and blood circulates through both. It is spherical in shape and has 4 distinct layers.

The first layer is a tough outer coating referred to as the shell. The shell is divided into a few pieces (three in humans and lilthians, but some Glowfauna have as many as five or as few as two), known as plates. Between the plates is a flexible membrane. This membrane is also quite tough but is stretchy enough to allow the core to expand and contract. The purpose of the shell is to protect both the core and the rest of the body. It keeps unwanted things out and Aura trapped within.

The next layer under the shell is a thick layer of spongy tissue that inflates and deflates to change the rate of blood flow between the rest of the body and the Core.

The very center of the Core is where Aura is stored. It is kept in a dense ball of volatile energy just within the inner shell. The mechanics of how the Aura is transported and stored here are quite mysterious. It is unknown how the inner shell is capable of withstanding the incredible amounts of energy pressing against it. If the inner shell tears, the Aura within may surge forth and break through the outer shell, bursting into the body and causing Combustion. 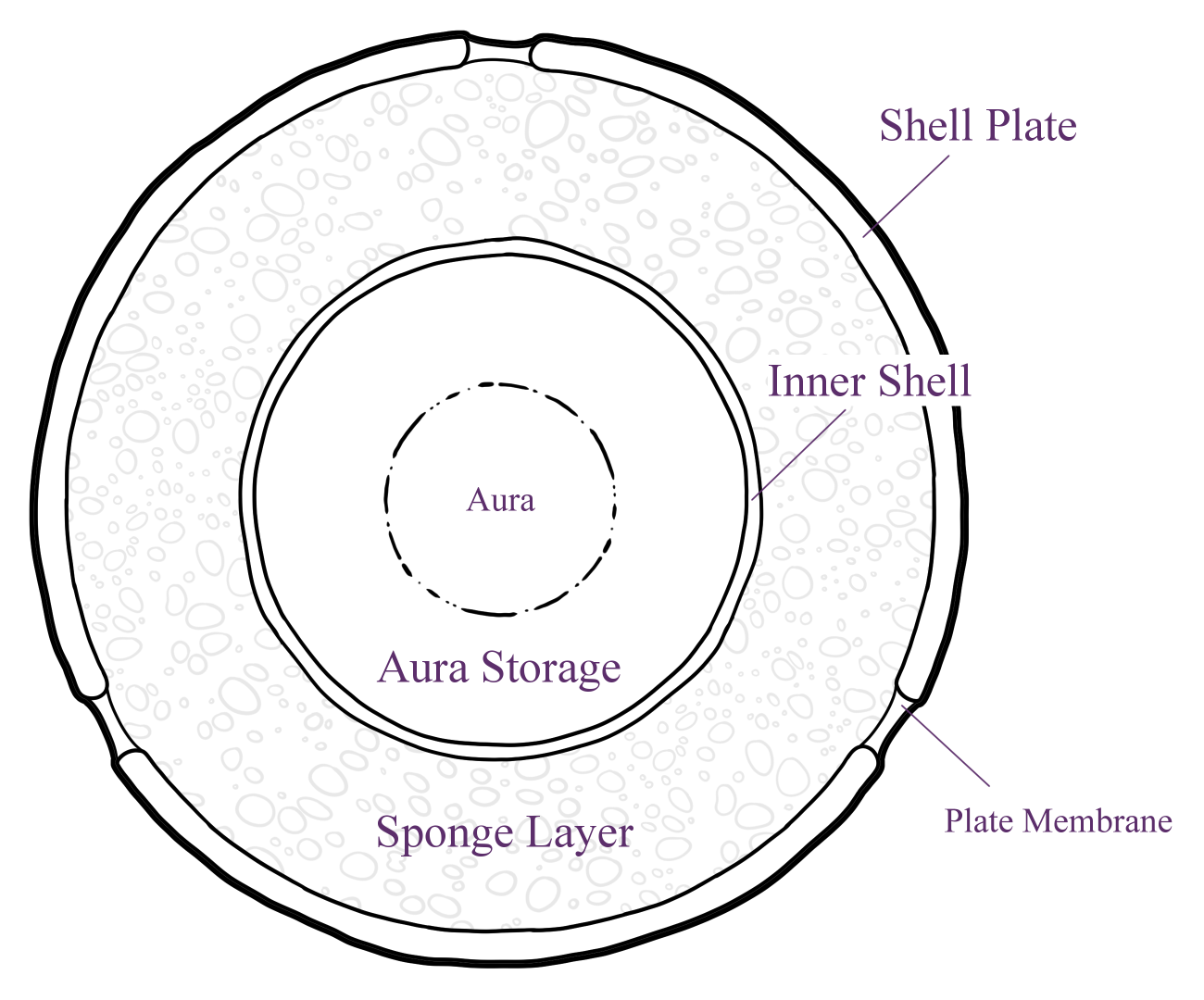 The core acts as the "boss" of the celestial nexus, dictating how much Aura goes where and when. It can pass Aura into the bloodstream or back into the Nexus in order to get it to go where it needs to.

The core can also assist in blood circulation. Its influence is limited in humans or lilthians, but is critical in large dragons, whose cores pump blood almost as strongly as an extra heart. The extra help is necessary to maximize respiration efficiency and allow flight.

Other than managing the distribution of Aura, the celestial core's other primary function is Aura storage. It is remarkably good at holding a lot of Aura in a very small space for a very long time. A healthy human core can hold its maximum capacity of Aura for days or even weeks without weakening or leaking, assuming the human doesn't decide to use any. Celestial cores are by far the best Aura storage systems on the planet, and the secret to their capabilities remains mysterious.

The celestial core has long been known as "the second heart". Before the nexus was discovered, it was thought that the core "charged" the blood with Aura energy and controlled the flow of the blood in order to move Aura around. Even after the discovery of the nexus, the association with blood, the heart, and Glow remained.

The core is sometimes depicted as the "mirror" or "shadow" to one's heart, reflecting the truth behind one's desires. This is often a positive association due to the importance of Glow, but it can sometimes be used to represent intrusive or sinister temptations.

It is also referenced as the heart's "echo", since when listened to closely, the core can be heard contracting briefly alongside each heartbeat. The "echo of the heart" sometimes represents an alter ego of the self or a version of the self that is hidden from the outside world.

Using the celestial core is as easy as inhaling and takes little conscious thought. When the core is used to gather more Aura, an expanding sensation can be felt in the chest along with a warm or cool sensation, depending on the user's Luminosity.

It should be a pleasant feeling. If it isn't, that is usually a sign of disease or injury. Attempting to absorb too much Aura too quickly can also quickly become painful, and puts the user at risk of bloodburn and combustion. 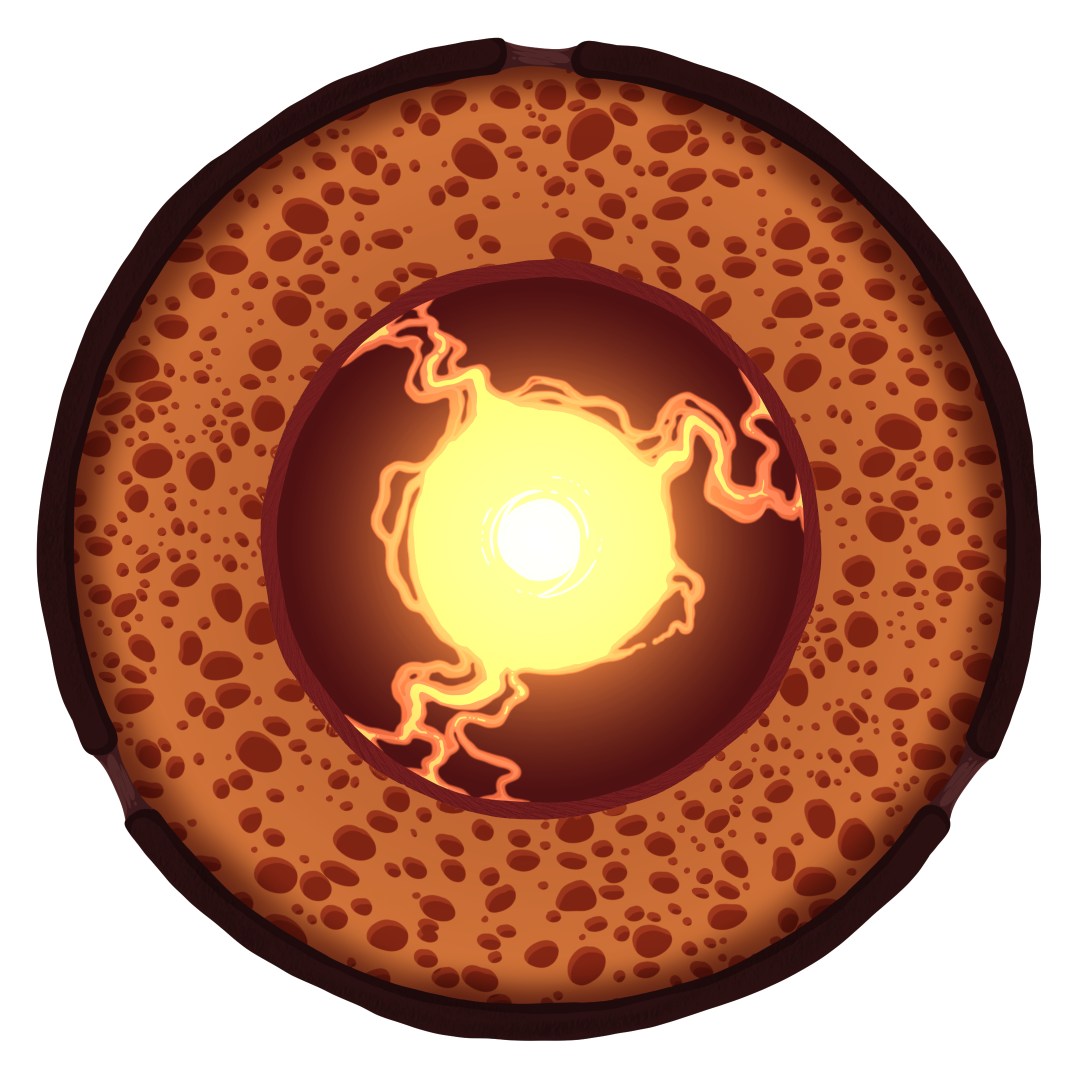 Under-the-skin network that allows Glowfauna to transport Aura into, within, and without their bodies