Pack hunters that specialize in high speed sprints and dives, Racers are known for their precision, accuracy, and aggression.

Savanna Plains Racers are the most widely distributed species of dragon on the Auzeran continent. They are fast, vicious, and intelligent. Khetzala's famous War Dragons are direct descendants of Plains Racers.

Plains Racers are known for their iconic streamlined appearance. They have smooth, sloped snouts and few protruding horns. Their spinal ridges are shallow and slanted towards their tail. They have small, smooth, round scales and no extra protruding spikes along their body.

Male Plains Racers have more and longer horns, sharper spinal ridges, and bigger wings in proportion to their bodies. Females are bigger on average and have fewer horns and shallower ridges.

There are examples of both sexes defying these characteristics, so Racers can sometimes be difficult to sex definitively without closer analysis.

Racers are smaller and don't live as long as their War Dragon descendants, but they are just as smart and twice as vicious.

Plains Racers roam the vast savanna grasslands of Auzera. They primarily hunt wild tyans, unicorns, and other herding mammals, though they have also been known to go for larger animals if they have far superior numbers.

Racers hunt in familial packs of five to seven adult members. They will typically follow large herds of prey from above to scope out weak or injured members. Sometimes a pack will follow a herd for days, only occassionally making landfall to rest and recharge. When an optimal target is located, the pack will lower altitude and attempt to separate their target from the herd.

Curiously, Racers often prefer to chase their prey down on foot for the final stretch rather than stay airborne. They will start their attack with a steep dive, positioning themselves as close to their prey as possible, before dismissing their wings and going in for the pounce. If they miss, they will use their powerful legs to sprint after their target and finish the job.

Plains Racers hunt and travel in packs of 3 to 5. These packs usually consist of a mated pair and their hatchlings. Male Racers will branch off from their birth pack soon after reaching adolescence, and wander the plains alone for a few years before searching for a suitable mate to create their own pack. Female Racers remain with their birth pack for the rest of their lives, or until they are chosen by a lone male.

To impress females, males will display their strength and skill in an elaborate flight display. If the female finds him interesting, she will join him in the skies, where they will circle and spin around each other in a beautiful dance. At the conclusion of the dance, the female will decide if the male is suitable to her tastes. If he is not, she will return to her birth pack.

The criteria for which this decision is made is unknown. Sometimes, for no apparent reason, the female will attack the male after the dance, often killing or seriously injuring him.

Racers are fiercely territorial. Their primary cause of death are other Racers during territory disputes. Males will sometimes battle each other to the death over shared interest in a female. Fights among packmates are less common, but if a sexually mature male refuses to leave the pack after too long, his family may turn on him.

Years in the past, a small group of Plains Racers were domesticated by the Khetzali. After selective breeding and training efforts, this group of Racers eventually transformed into an alternate breed of Racer known as Khetzali War Dragons.

The existence of War Dragons is curious, as Plains Racers are notoriously aggressive and considered impossible to domesticate. All War Dragons in existence are descendents from the original domesticated pack, and the likelihood of fresh Racers being domesticated is slim at best.

Plains Racers are just as vicious to War Dragons as they are to each other, if not more so. War Dragons share a similar distaste for Racers, and so it is within the Khetzali's best interests to keep them separated.

As exceptionally powerful Glowbeasts, Racers possess very large Celestial Cores. Brave (or desperate) hunters may seek the dragons' cores for use in Auratech. The dragons' wings are also potent sources of concentrated Floatstuff, though harvesting them requires killing the dragon while its wings are still summoned.

The dragons horns and skins are also prized for their beauty and symbol of power. Certain cultures consider slaying a Racer as a sign of great bravery.

Despite their uses, Racers are rarely hunted simply due to the danger. It is hardly worth picking a fight with one Racer, as you will often earn the contempt of its packmates. The Racers most frequently hunted are lone packless males, but even then, the costs usually far outweigh the benefits. Instead, persistent celestial core seekers are better off searching for the corpses of already dead Racers.

Distinctive dark marks or "tear lines" trace down the dragon's face and under the chin. These tear lines aid with vision in bright, sunny environments. Their eyes are typically reddish, gold, or brown.

A small "crown" of smooth, short, pointed horns protrude from near the back of the dragon's skull. Crowns typically have 2 to 4 points along the top, with up to 2 extra horns from under the dragon's jaw.

Some Plains Racers have a "nose stamp", which is a patch of dark scales on the tip of their snout between their nostrils. This stamp is unique to the individual and can be used for identification purposes

Racers are known for their above-average intelligence. They are capable of advanced strategic skills and problem solving and they can recognize and remember faces, as well as hold grudges against people they don't like.

When multiple individuals are hunting at high speeds, crashing into one another is a real hazard. As such, communication while airborne is absolutely necessary. Racers solve this problem with their unique ability to light up their wings in asymmetrical patterns during flight. Observation of hunting patterns reveals that the dragons will ignite specific portions of their wings just before performing certain maneuvers, as well as to notify their packmates of other important information, such as sighting danger. By broadcasting their intentions to their fellow dragons, they minimize the chances of collisions.

Not only can Racers send messages, but they are professionals at interpreting them. Their exceptional eyesight and intelligence allow them to process the intentions of their packmates and react to them with lightning-fast accuracy.

An interesting thing to note about the Racer code is that it is universally used and understood by all Racers. Racers in Shef Razid and Racers in Khetzala both use the same system, despite having never interacted with one another. Young dragons can be see practicing flashing their wings and experimenting with different patterns before they learn to fly. It is not clear if the "code" is taught or simply known through instinct.

Dragons have been observed using many more signals than these, but most of their meanings are unknown at this time.

Racers have acute hearing and smell but are most well known for their sharp eyesight, allowing them to spot the most miniscule of details from far above. A Racer's "tear-lines" on its face help absorb light around its eyes and allow it to see more clearly in the bright desert sunlight.

Plains Racers are dragons, meaning they are able to use their Glow to create glass-like wings made of Floatstuff, seemingly from thin air. These wings are generated from wing slits along the dragon's sides. Racers have V-shaped wing slits, meaning their slits originate near their shoulders and converge further down their tail, creating a V when looked at from above. Their wings are slotted, have a wide surface area, and narrow near the tips, allowing them both high-speed and gliding flight.

A Racer's wing segments are quite small and shaped to allow maximum light distribution inside of them. This allows their wings to glow much, much brighter than other dragon wings.

Racers are also able to dismiss their wings much quicker than most other dragons, only taking a handful of seconds. This comes with a price of losing much of their stored Floatstuff, however, so they must be careful to use this skill sparingly.

Racers are able to discharge potent amounts of Glow from their mouths, producing enough heat to briefly ignite the air nearby. The result is a powerful, searing blast of energy. The range of their "fire breath" is limited and can only be used in quick bursts. It is also difficult to use while airborne, as it risks depleating the dragon's Glow storage enough to disable its wings.

Racers reserve these blasts for only when they are sorely needed. Oddly enough, they rarely use them against their prey, instead preferring to use them in battles against each other. The blasts also have limited effect on tyans and unicorns, due to the Negation caused by those animals' Lunar Cores. 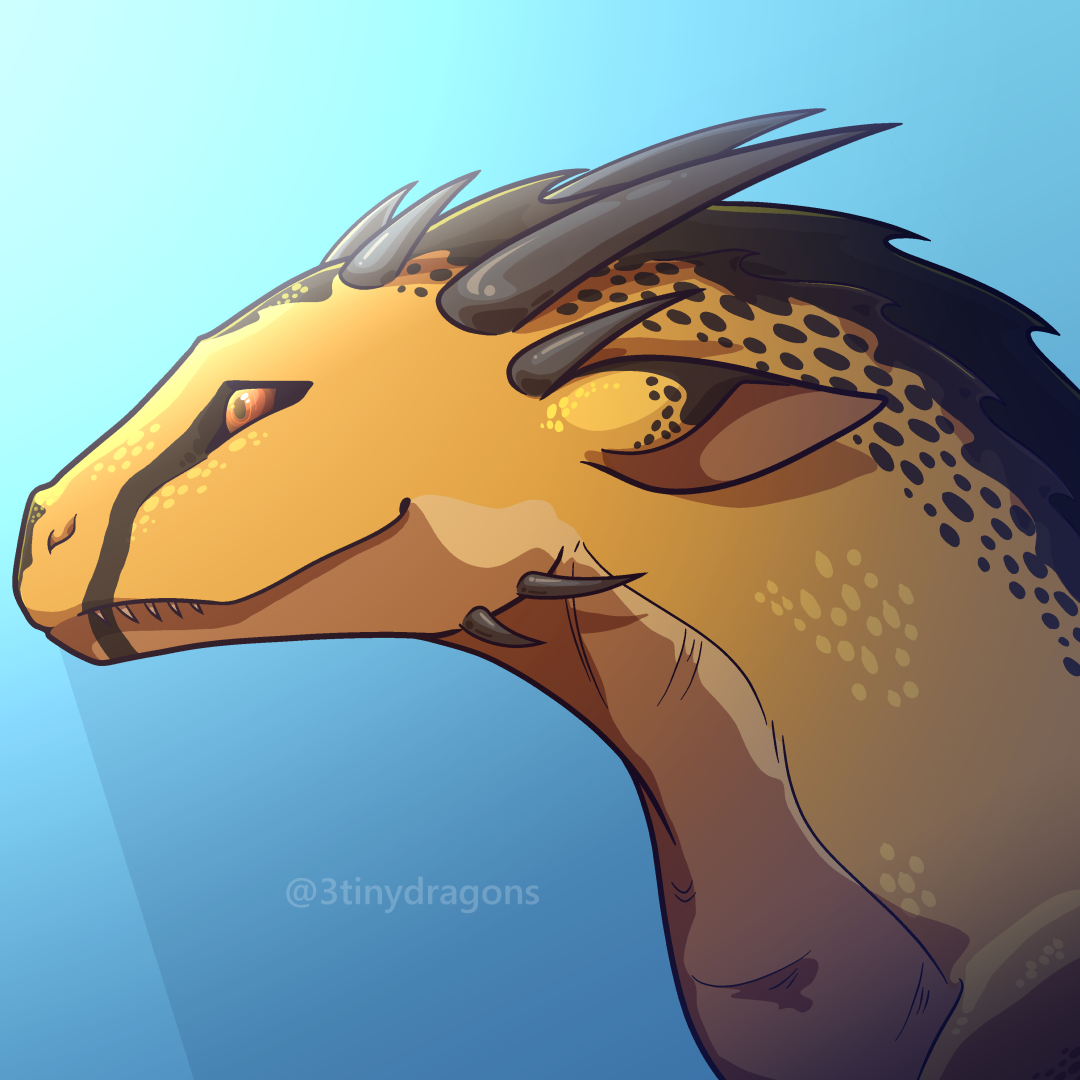 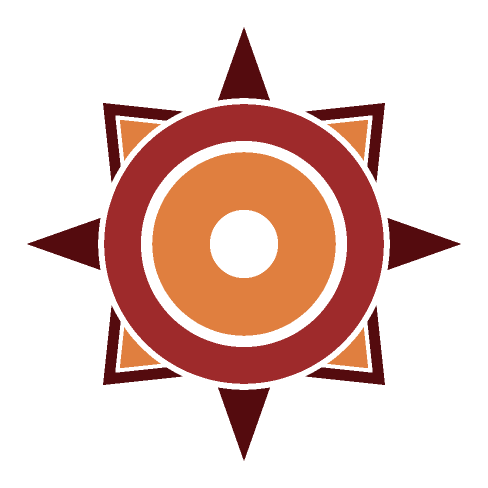 Sandy yellow, yellow-orange, pale orange, or dusty brown. Sometimes appear in more saturated hues like brick red or golden. Albinos are pale yellow/white with orange markings. Albinos may have trouble seeing in bright sunlight due to the lightness of their tear lines.