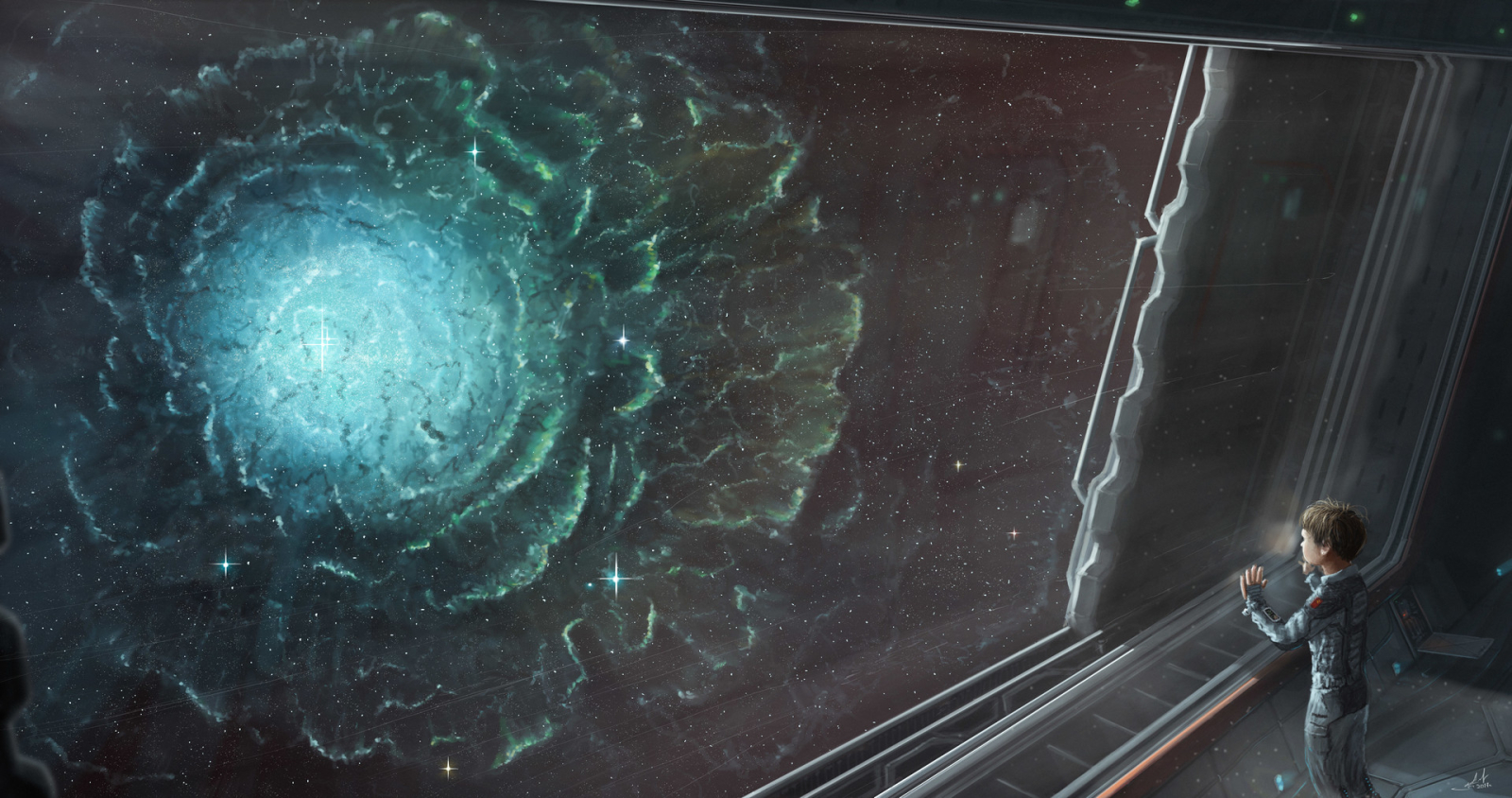 A long tether that smoothly transports people, cargo and information between two dimensions.

A clean energy system that siphons the free floating plasmas into a centrifugal generator that draws directly from the electronic imprints in the substance.   Protoplasm can go through the cycle multiple times, but every turn makes the plasm harder, stickier and more combustible. Such dedicated power stations are attached to Opal Station to service a variety of ships.   This energy is also stored on the opal car's onboard batteries as the rail's power cable have proven to be unreliable.

This is the guide rail that defines the path along which the elevator rides. It consists of a power cable, data connections and empty pipes meant to transfer desirable materials.   They become thicker toward the station-ends compared to the mid point in order adjust for the gravity differences across the three domains.   Alot of materials and engineering went into its construction. But as it would turn out; it may have been greatly over engineered due to the paradoxical nature of the portal:

The dividing line between the Spectral Realm and the Carbon Realm

Private security provided by the Opal Union to protect persons and their property while in Union-controlled stations, including the elevator.   Indeed, many appear to live in the Car long-term. Temporarily departing at either station, to oversee resupply and recreation.

The elevator, itself, is a large drum with amenities for people confined to as close to the center as possible. The remaining outer layers are dedicated to flexible compartmentalized segments that detach and reattach for easier loading. The inner most cargo sections specifically cater to the passengers' needs during their unpredictable journey. Carrying water, food, medicine, repair tools, spare parts, energy cells and data crystals mailed from those still on the other side.

There are hundreds of thousands of encrypted files stored in separate servers welded into the floors and walls of special rooms.   Personal messages, financial transactions and other information cannot otherwise pass through the portal. They need to be physically transported while in a device before integrating back into the information network.

It is not a simple thing to beam messages directly through the portal. Pretty much all seem to just disappear in the spin.
— Opal President

When the rail was first constructed, 500 kilometers were inserted into the portal before it reemerged from the other side. However, the car's sensors record variable distances during every portal transit. As a result, a car that is in the processing of crossing, may not come out for a few hours to a few months; inspire of remaining on the rail at constant speed.

Also called 'Opal Station', Station White is a human made extension to the Timeline's original, unmoving, train stop.   The rail, upon leaving the portal, makes an almost 90 degree turn into White's waiting clamps as a means of slowing the car down.

Also called 'Opal Station', Station Black acts as a counterweight to the 40,000km of rail just before it enters the portal.   The station uniquely circles around the point where the rail connects with the portal to provide simple gravity to its occupants while keeping the rail transit as smooth as possible to and from White.

Remove these ads. Join the Worldbuilders Guild
In response to the prompt Write about a unique method for mass transportation in a hostile environment.