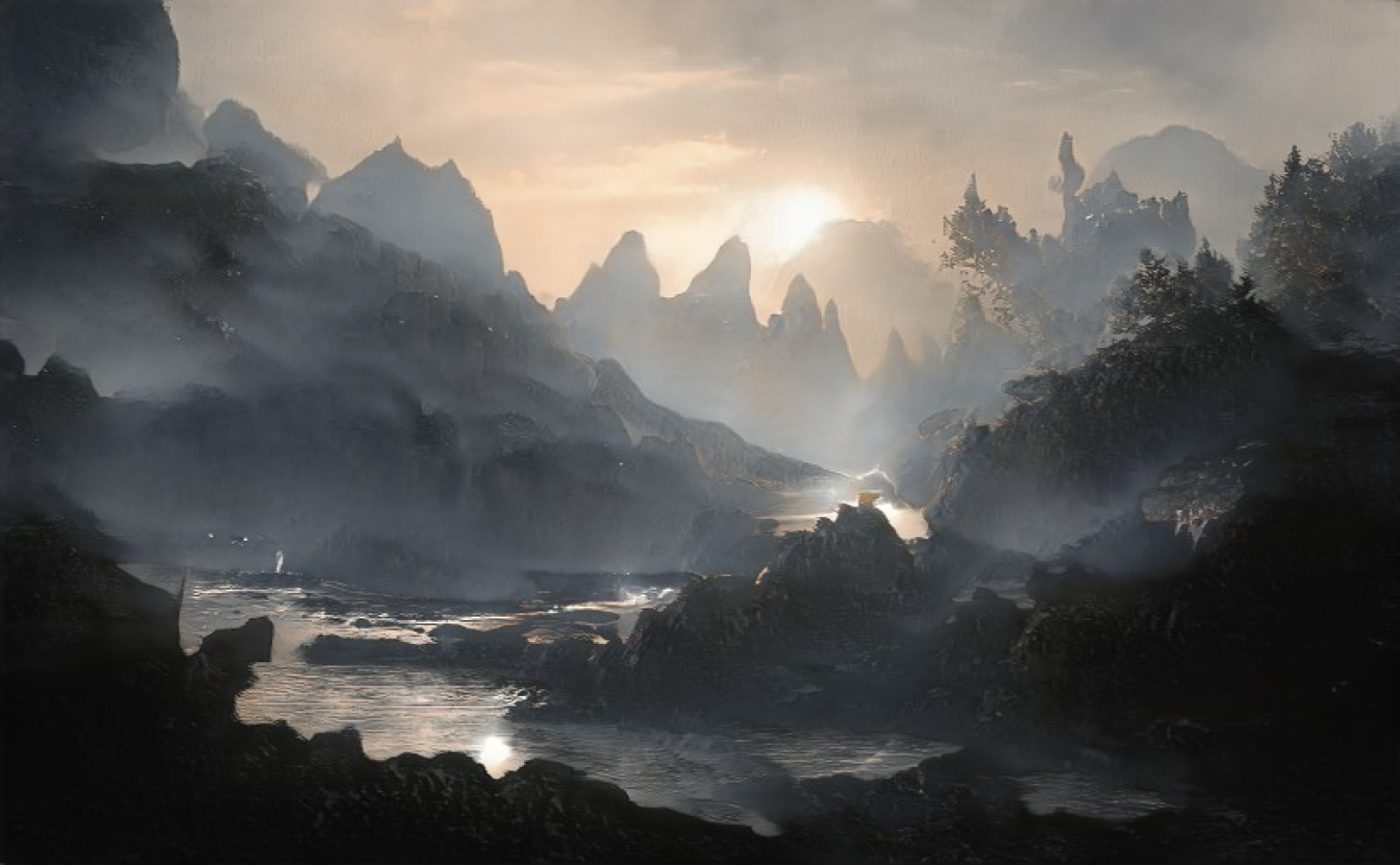 As a Ventral-adjacent cube, Distal E is rocky and shaped by intense volcanism. Because the E2 face is across a commissure from the wet Distal C layer, its terrain is rife with underground springs and expanding steam pockets. The crust beneath the Churnlands subsequently takes on a porous structure over geological time, with lava tubes and steam vents merging, separating, and sometimes burstin open on the surface to form new calderas.

In previously sealed underground pockets, chemosynthetic algaes feed colonies of Distal urticators which, in turn, feed colonies of Distal polyps; when exposed to the air, these communities then spread out across the face in search of new territories, creating havoc for explorers. While the terrain in the Churnlands is generally too rough for Distal razorbacks to employ their favorite rush-down hunting style, the predators do create territories in adjacent faces in wait for any fresh prey which might roam too far from the calderas they once called home. Though they are not technically a 'Distal' species in the sense that they use the same chirality of amino acids as 'terrestrial' life, floating briars are common and present a hazard for low-altitude aircraft attempting to expore the region.

While the constant geological activity makes the region far too dangerous for conventional mining operations, it also has a tendency to raise large veins of precious metals and gems to the surface - the previous denizens of huge geodes precipitated pushed to the surface by steam pressure. Explorers brave enough to snag one of these large liths are rewarded with mineral wealth - though they may also be rewarded with a senescent colony of polyps lying in wait to devour them and their whole crew once the lower temperature aboard an airship awakens them. As such, the Petalcap Vale Customs Authority and similar authorities generally mandate a period of quarantine and inspection before any minerals from the Churnlands are moved into inhabited regions of the Manifold Sky.

Answering: "an inhospitable region or geographical landmark"
Visit BCGR_Wurth's Competition Page Check all other answers to this prompt Competition Homepage