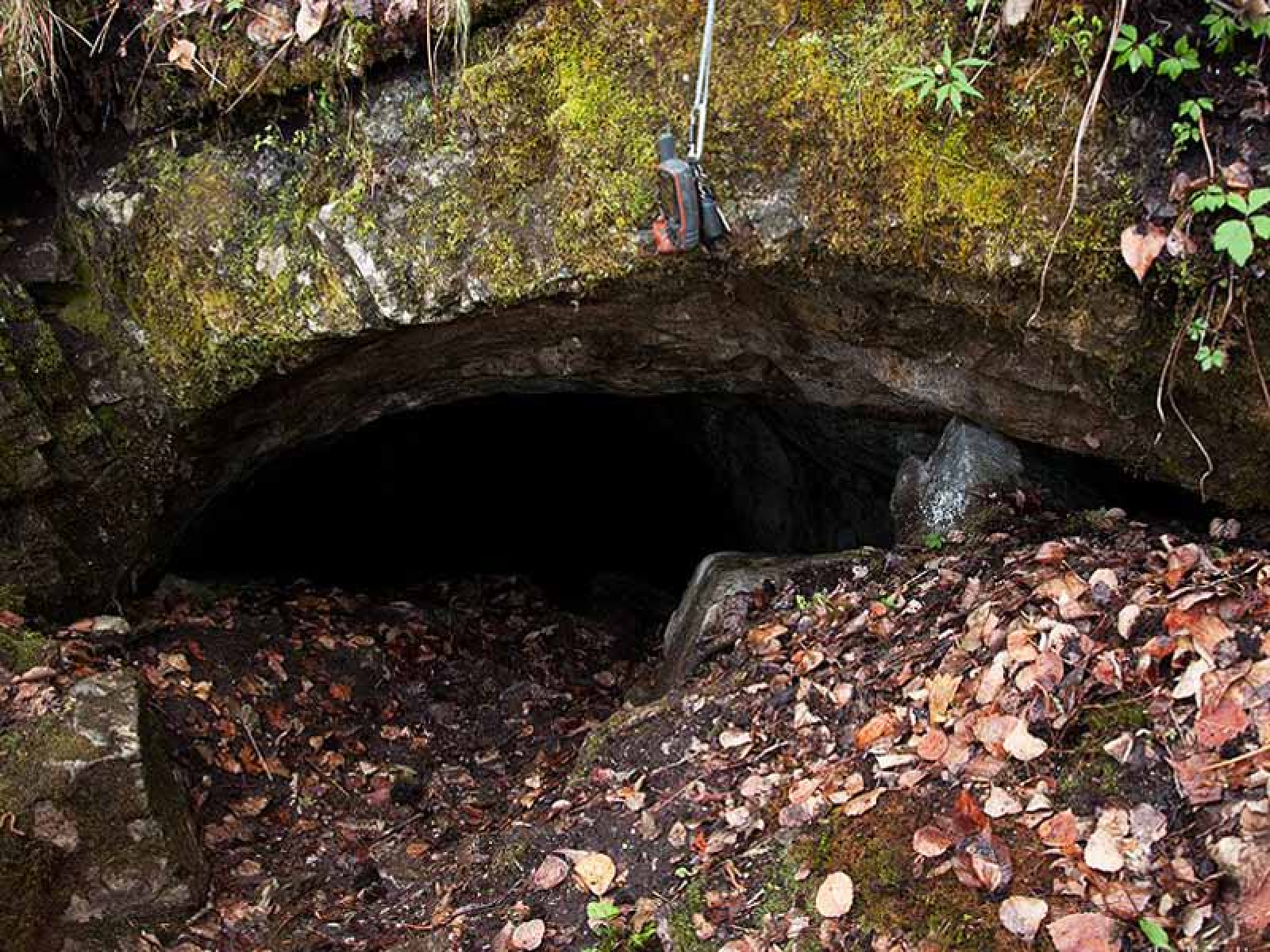 Chapter 39 - The Giant's Cave and What Lies Beneath

Lumir Sládek had lived in Yarozersk for over a year. How he had come there he had himself forgotten, though vague memories of becoming separated from his father on the road - purposely, or by accident, he could not recall - persisted. He brought some kerchiefs and metal tools that they had been trading, and managed to exchange them for some pelts with which the village abounded. But the pelts could not be eaten, and soon, Lumir had to hire himself out for odd jobs to survive. The jobs proved difficult, and after he had lost a cart of cabbages on route to a local market, Lumir had to depend on the villager's grace to keep body and soul together. They took pity on him and took turns feeding him - although he was quite hopeless as a worker, he was agreeable enough, and the children found him an endless source of amusement. He was certainly Yarozerk's most interesting resident.   In the late spring, however, he was eclipsed by the return of Filipok - a boy who had become lost in the woods the previous fall, and who had now returned, safe and sound, and loaded with treasure. Though the village had now grown prosperous, people now had no time for Lumir. While he still found things to eat, he spent more time with Boris - a talking boar he brought back with him after a trek into the woods. The presence of Boris made the villagers shun him even more, and several even threatened to drive him off if he did not send the beast away.   On this Lipets morning, Boris informed Lumir that while he slept under an overturned rowboat on the lake, a group of strangers arrived in the village. They were traders and performers, and likely magicians. Why they had come, and how long they were planning to stay was unclear, but perhaps these travelers could help restore Lumir's fortunes, or maybe they could simply convince the villagers to start being nicer again. Lumir had to seek them out at all costs.