Sasha was born the daughter of priest in the village of Vladykino in Nor. Following the family legacy by training for the priesthood, they were taught to read and write, as well as theology and history. Soon, Sasha began questioning their upbringing, their religion, and the role to which women were consigned in village society.   Sasha left Vladykino for several reasons. First, they wanted to go on a pilgrimage to learn about distant lands and foreign customs. A pilgrimage was a perfect pretext to leave home, as it was approved by their parents. The pilgrimage began by heading westward to first learn more of the Old Faith from the Galindy, then traveled further west to learn more about the Garipy people - a more sophisticated culture. They then went southward to Irii lands to complete their pilgrimage. By this point they were rather disillusioned by the True Confession and went eastward to learn of the Bahite faith and the Rahkmany people. The second reason that Sasha wanted to leave Vladykino is because they wanted to experience other cultures and societies outside of their isolated little village. Sasha had a particularly keen interest in the Rahkmany as they were famed scholars known for their high society and cultured people - and their religion prohibited alcohol. The reason Sasha is interested in the latter has to do with their father, for he was a terrible drunk. He would return home late most nights reeking of alcohol and take out his frustrations and his family, and performed many horrible, unmentionable acts. This abuse has left emotional scars on Sasha, and they project an image of confidence so that others will not view them as useless.   While journeying in Rakhman lands, near the city of Al-Azraq, Sasha encountered an old beggar by the side of the road. Sasha, not wanting to be viewed as heartless by her companions, gave the old woman some alms. The old woman turned out to be Baba Yaga. She seized Sasha and brought them back to her hut. Having heard the conflicting stories of Baba Yaga, they were excited to finally learn about the real Baba Yaga. Sasha, as a well traveled person, feels a certain kinship with the old crone. Baba Yaga explained that a scroll containing a spell to summon the Dread Lord Koshchei the Deathless had recently surfaced in the area through which Sasha was traveling. As they hailed from the Land of Nor', Baba Yaga wanted to know if Sasha was in any way connected with this, and when she learned that that was not the case, she set the learned Sasha before the task of translating the scroll into various languages, to see who had been disseminating it.   While in the hut, Sasha also met other people, apparently in Baba Yaga's employ - an eccentric hermit called Chonkorchuk, a healer named Plamen, and a frontierswoman named Vasilisa, who also helped Sasha with the translations. Baba Yaga was sending all these people, along with Sasha, on the mission to the far North, to learn if some chudy allies of hers had betrayed her, and made common cause with Koshchei. Exited to be included in this mission, and eager to be useful to Baba Yaga, Sasha unwittingly seduced the Crone. "Why do I have to be so charming?" Sasha said, the morning after. Baba Yaga demanded that Sasha get a tattoo to prove her loyalty.   But first, the crone sent the group first to Krinets, so the companions could outfit themselves for a long trip. Outside the city, they met a man named Tumma Keza, who offered to become their guide. While she sought to find clothes suitable to the important mission that lay before them, and to fulfill the Grandmother's demand, Sasha and her companions met a man named Rogdai Siverskii, also helped them out when they encountered some legal problems, got them invited to an important feast, and introduced them to a lordling named Sergei Reznikov, who allowed them to glance into a magic mirror that showed a murky future. To glance in the mirror, Sasha was willing to spend the night with Reznikov. But as the party prepared to leave, strange forces also moved to thwart them, and they were attacked in the street by creatures who were less than fully human. The use of magic against the creatures brought the unwanted attention of the city authorities. And on top of that, Sasha had started to develop a rivalry with her companion Vasilisa, who was becoming jealous of Sasha's social graces.   Sasha is pretty and androgynous, with medium length hair. Their eyes are blue, and their skin is fair to medium due to their travels southward. Their looks and natural charisma have charmed many men into helping her, and sometimes women if they chose to disguise themself as a man. 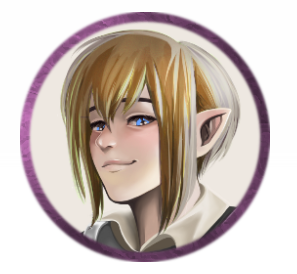