Eloise Reid is an elven woman who serves as the bard of the Efinian Imperial Court. She also is the first elf to become a successful singer in the human-dominated Efinian Empire. Eloise is praised for her beautiful singing voice as well as her skill in playing the guitar. Her popularity is so great that some people say that foreign dignitaries come to the Imperial Palace simply to listen to her music. Her skill in music is matched only by her beauty.

You flatter me, sir, but I'm busy
— Eloise to a young diplomat

Eloise is a playful person. She enjoys sitting in the palace gardens playing on her guitar. Her playfulness can also present itself in romantic affairs, but Eloise is a well-mannered person and knows when such behavior is appropriate and when it is not.

Years of artistic practice have tought her how to tell when the audience is satisfied. Eloise can quickly adapt the program of her performance to meet the needs of the audience.

Because of her playful nature sometimes Eloise doesn't treat things seriously enough. That can often reflect in her art, especially when she is referencing current political events. However, it is often forgiven her because of her musical talent.

Thanks to her elven ancestry, Eloise is more slender than the humans surrounding her. It often makes people think that she is weak and needs help, something that annoys Eloise very much. Many times she has proven that she is equal in strength to the strongest human males.

While in the Efinian Imperial Palace or in other noble or royal houses, Eloise likes to wear a long light-brown dress and a jacket of a similar colour. Additionally, she almost never parts with her guitar. People in court joke that she sleeps with the guitar lying next to her.

When travelling or performing for the common people, Eloise doesn't wear dresses. Instead, she wears tight trousers and a jacket. She often tries to have colourful attire for such occasions. It makes people think of jesters and bards from the old days.

Eloise was born in the United Islands Kingdom to an artistic family. Her father played in the royal orchestra and her mother was a singer at the royal opera. As a result, Eloise has been exposed to music for her whole life. When she reached 16 years of age, she enrolled at the Royal Academy of Music where she learnt to play the violin. During her studies she came across a human instrument, the guitar. She instantly felt in love with it. Eloise has always loved to sing, but she also wanted to play. However, the majority of instruments taught at the Royal Academy of Music didn't allow to sing while playing them. Eloise's teachers tried to discourage her from playing the guitar as it was deemed unworthy of an elf. Eloise didn't care and learnt the guitar. After graduating the academy, she left the United Islands and settled in Efinia. There she played in taverns, inns, restaurants and other establishments. She became the first elf to become a successful singer in the Efinian Empire, something that wasn't an easy task. Eloise was an unknown quality for the efinian audience, but they grew to like her. When her popularity in Hertal grew significantly, Eloise decided to try to join the imperial orchestra. She got in, but because of her instrument she often performs solo.

Eloise Reid. Yes, I remember her. Before she started to play for the court, she used to play in my bar three times a week. I still remember her voice filling the room. It was the most beautiful thing I heard in my whole life
— Owner of a bar in Hertal

Currently, Eloise works at the Efinian Imperial Court as a member of the imperial orchestra. She plays for the emperor, his family, courtiers and visiting dignitaries. However, it isn't her only source of income. She also performs outside the palace and even in other countries.

Unofficially, Eloise acts as the Emperor's informant on the state of affairs in other countries. As an artist she has access to many places and people often don't suspect her of anything nefarious.

Eloise considers getting into the imperial orchestra as her biggest achievement so far, but she is far from settling in. She wants more. She wants for her music to be known throughout all of Yastr. It is already well-known among the nobility, royalty and diplomats, but Eloise wants her music to be also known by the common people. She regularly leaves the Imperial Palace and visits places in the Efinian Empire and beyond to play and sing.

Though not an efinian by birth, Madame Reid is one of the best artists in the empire. It is my duty to support her
— Wilhelm IV Weinberg, Emperor of the Efinian Empire

In 1765 AD Eloise played for the Grand Duke of Marten and, as a reward, received a golden medal. One year later, in 1766, she played for the Gentemaran princes and got a ship named in her honour.

Let this ship always show our appreciation and love for Madame Eloise Reid and her singing!
— One of the Gentemaran princes

In 1766 AD Emperor Wilhelm IV asked her to take part in negotations with the United Islands. He thought that an elf on efinian side would be helpful. Not to mention the effect Eloise's music has on other people. Thanks to her persuasion and musical skills, the negotations were successful for the Efinians. The United Islands' delegation was convinced to withdraw their demand for the empire to decommission its ironclad warships. 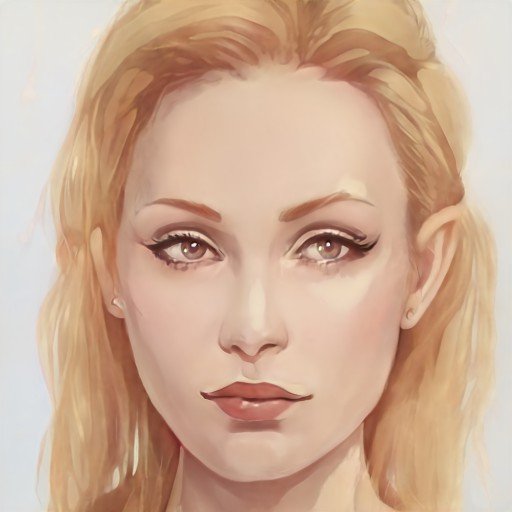 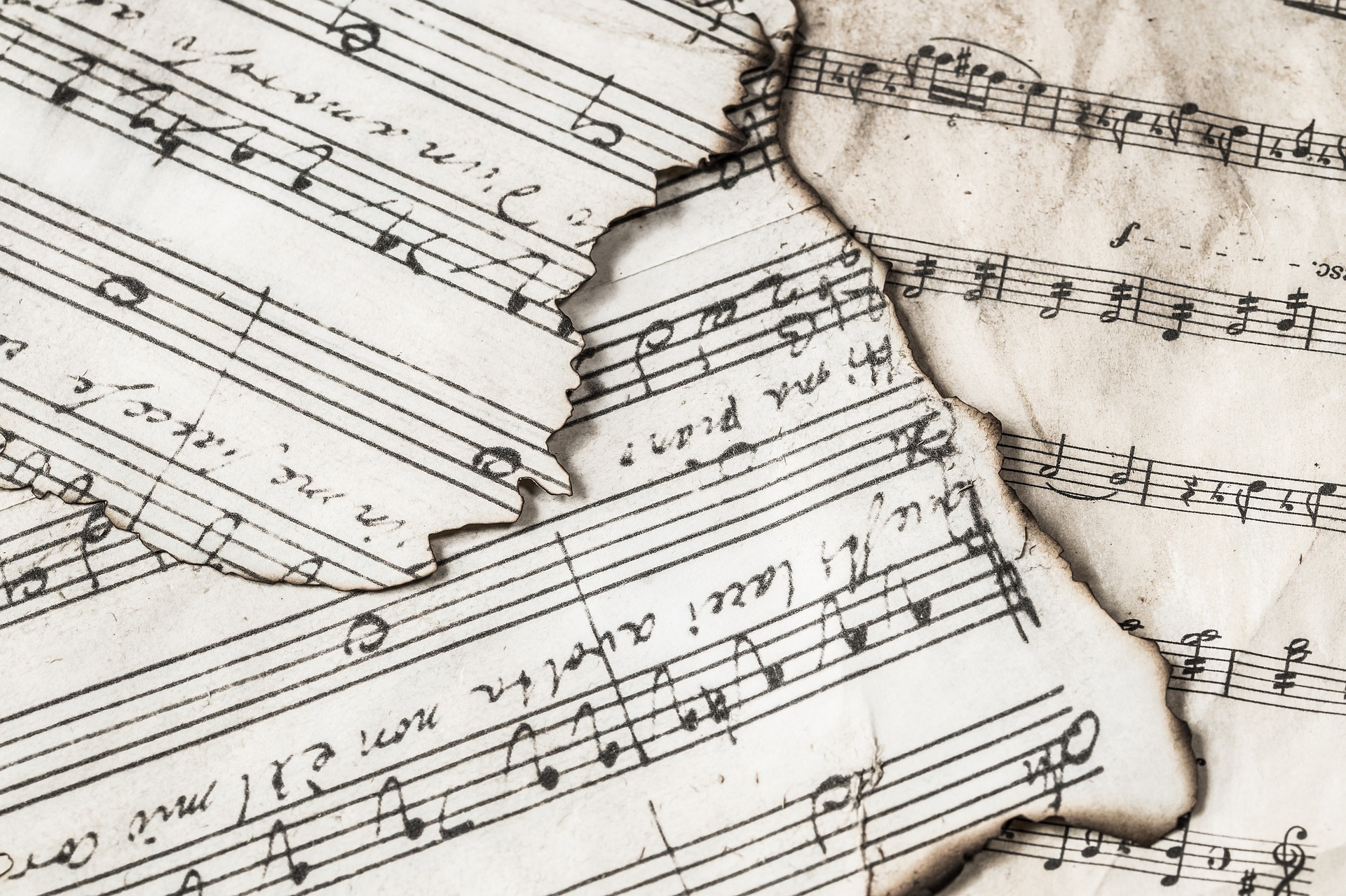 A humanoid species from the eastern islands

The article written for the Bard Challenge in January 2022. I hope you enjoyed it!

Quite nice to have an Elf climb very high in Human society thanks to her background. Is the guitar becoming more accepted now thanks to the success of Eloise?   Also quite interesting that she got such a high position at the emperor's court. I wonder though if some other members of the court don't trust her due to being an Elf?

Thank you for the commnet

Awesome job on making a court bard. I was definitely getting Thom Merrilin vibes while reading it. Great article that was a pleasure to read.

This is great! If you have any word count left—and any time!—I'd love to hear more about how she won over the humans. What, in particular, did/do they fear about elven art? Did she start off having to hold back elements of her own culture and then work them in later, once she was more popular? Or is she just so enamored of human music that it's never even occurred to her to work elven traditions into her act?

Thank you for the comment. I haven't thought about that, thanks!

I like the fact that she goes and sings outside of the court too, it makes her seem more real

Nice article :D She seems like a fun person - it would be interesting if you add a specific example of her playfulness, like something particular that she did or say.   You didn't say why it's difficult for elf to become successful bards in the Efinian empire? I'm also curious about how she feels about her people and the Efinian. Is she bitter that she could not succeed with her guitar amongst the elf, and so that's why she left? Does she feels more loyal to the humans now as a results? Or would she feel torn between the two if there were to go to war against each other?

Thank you for the comment. You gave me some things to think about. Efinian Empire and the United Islands Kingdom are rivals on the sea and war is inevitable. I didn't think what her stance would be then. Thanks!

I would love to see more of her political side. She seems set up perfectly for a career as diplomat and spy (as already indicated in the last paragraphs). Could lead to some interesting situations, especially considering her playful flaw (diplomatic crisis anyone?). There is also an interesting avenue in her wanting to play more for the common people than to the whims of the emperor. There is a lot of interesting directions she could go!

Thank you for your comment. I might use her as a main or side character in story in the future

I love that she has managed to rise up through human society due to her music. I like that her instrument of choice is a guitar. I also like that she works a little as a spy/informant too. :)