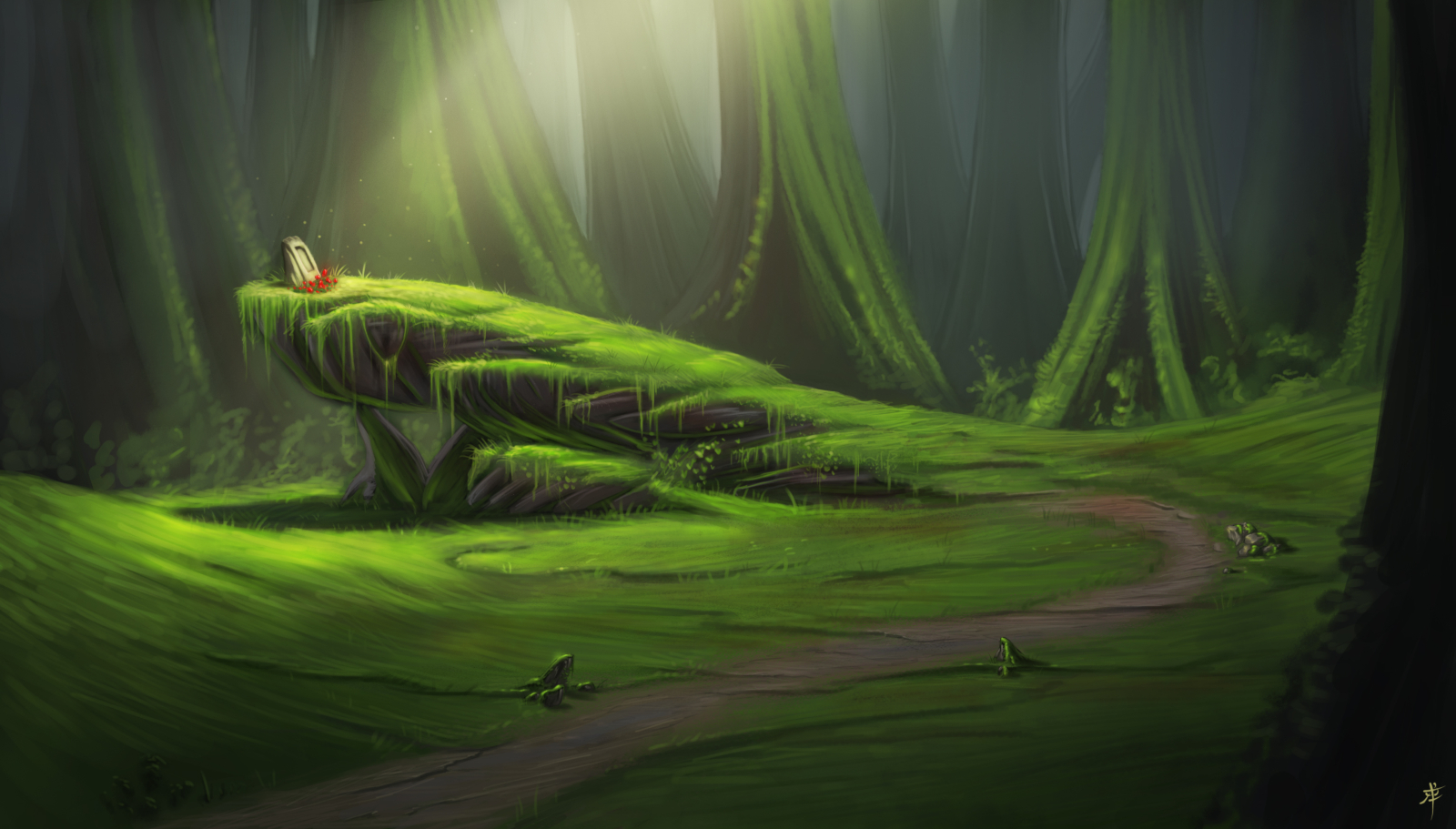 My friends, we gather here today in honour of Esme Swiftsong. Though she did not hold much in the way of physical strength, none could stand against the force of her magic, nor could any stay stoic when her smile lit the room. Her magic slew legions of monstrosities, protecting us from the demons that would otherwise have claimed our lives.
But no woman can hold forever, and for our lives, Esme paid the ultimate price. With her final breath, she sacrificed herself to destroy the portal from which they flowed... and whilst we may now live on in safety, our world now lacks one of its brightest lights.
On this day, our skies have gained a most valuable star.
— Oly Swiftsong at his sister's funeral

The darkest day in any gnome's life is when they must finally leave the mortal realm - the day of their final death. From the moment of their birth to their last breath, gnomes are creatures of laughter and light, ever-entertaining and full of adventurous spirit. Whilst they are not the most populous race, they are well-known as a peaceful and innovative race, and those who befriend the small fey-kin are ever impressed by gnomish perseverance, loyalty, and charisma.   In more recent years, their kind have triumphed over even their traditional predators - not through war, but through courage, passion, and their incredible inventions. They are beloved upon Istralar, a status earnt through their cheerful natures, strange methods of entertainment, and their refusal to ever break.   It is a solemn time when a gnome passes away. Their passing is honoured as befits their lives: through quiet remembrance, followed by a bright celebration of all that was their life. All who attend leave with their hearts light, the pain of loss dulled by the sweet moments shared with their fallen friend's kith and kin.

Dearest Lore,
You were a mother to me, if not more than that. You had no cause to take me in, nor to teach me what you knew, yet you did - sacrificing your time and experiments to become a shining beacon of hope in my life. Without you, I would have been nothing.
I'm scared. I don't know how to continue on without you - I fear that I may shatter under the weight of your legacy. But I know that you will smile down upon me from your seat in Elysium, and from that, I will draw strength.
Though this road now grows rough and confusing in the void left by your absence, I will endeavour to shine as brightly upon it as you once did. You will not be forgotten, and the Flametongue name shall ever represent knowledge and passion. Rest well, Archmage, and may your dreams in death be as wondrous as they were in life.
Your daughter,
— Thrinda Flametongue (Letter obtained during the sacking of the Flametongue mausoleum; subsequently destroyed by Thrinda herself)

The family, friends and community of the deceased gather in shades of grey, each carrying with them a letter to their fallen friend. The letters vary wildly, from tear-stained messages of anguish to bright commemoration of the gnome's life, inventions, and adventures, but are left unopened in this realm - they are for the fallen to read in the next. These are placed by their authors into a small wooden coffin, freshly carved from the trees of their resting place, as the bed upon which their fallen ally will rest. If the gnome's remains are available, their closest friend or partner (as designated by either their will or by mutual agreement of all involved) will transport the body into the coffin to the soft strumming of fey instruments and the mournful song of their people.   Their childhood blanket (or if unavailable, one weaved by their community) will be laid over the gnome's remains as if they were simply being sent to bed, usually by their closest relative - a parent, if by some tragic circumstance they were taken from the world whilst their parents still remained, or by their partner or children. A priest of their church will lead the community into a gentle lullaby, soothing the gnome's spirit and allowing it to be at peace in death. Depending on the fallen, their weapons, inventions or other important personal items may now be placed into their coffin alongside them, and more devout gnomes will have a holy symbol of their deity placed upon their chest. The coffin's lid will be gently shut at the conclusion of the song, and four members of their friends/family will lower it into the ground to be buried.   Certain cultures forgo the burial, instead choosing to destroy the coffin in a manner befitting their fallen friend. Many choose for their coffins to be destroyed by their own inventions, often going out in fantastic explosions of colour. Mages will often enchant special runes to disintegrate their coffin in particularly dramatic fashions, though this can sometimes be dangerous. However the coffin is laid to rest, it marks the end of this segment of the funeral.

What's left is a celebration of the gnome's life - the Doomfest, as it has come to be known. Fireworks light the sky as the music turns bright and cheery, and local bards lead the funeral procession into a dance. Entertainment, often based on what the gnome in question enjoyed in life, is brought out alongside entire feasts of food, and all in the area are welcomed into a massive celebration of life. The Doomfest tends to last for at least 4 hours, though some have lasted weeks, and is intended to drive the feelings of sadness away. The gnome's closest companions are usually the centre of attention during this stage of celebrations, as they are likely the most affected by the loss, and thus need the most distraction. For outsiders unused to gnomish funerals, this can seem quite jarring.   Once the Doomfest is over, the personal friends and family of the fallen are escorted to their homes by local priests as the rest of the community busies itself with tidying up. Smaller and more intimate celebrations often occur at this stage, but these are incredibly private affairs not for outsiders to intrude upon. 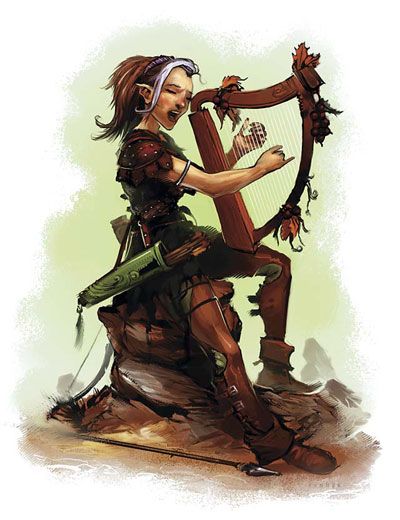 As much as I like this article, I'm obliged to say the following:   Ugh. You and your Gnomes.   Good work though

Hey now. I made this article quite beautiful for them, I'd say. I didn't even mention the punting. :P

Oh, you've ruined it. Time to burn it down and start again. See what you've done?!

Are there any superstitions or something surrounding gnomes who aren't afforded proper burial?   as always, nicely written :D

Those who aren't correctly laid to rest may wander the planet as restless spirits, or may be dragged back into the First World (land of the fey, and the original land of the gnomes) where the fey Eldest reshape them into new creatures. They do not achieve the blissful rest that their kin do - at least, not according to superstition. It's why they perform the ceremony even if there's no sign of a body - the spirit is what matters.

Can you do it at any point after death? To give them that peace?   I like my gnomes to be happy, after all!

It's generally accepted that whilst the ritual /can/ be performed at any point after death, there is always the risk that their soul has already been lost, leaving them trapped in limbo or upon the First World - so they try to perform it quickly! And if it's been too long, and nobody is left of their family or friends, the rites may not be enough to help in the slightest.

Your Gomes are such cheerful creatures, even in the face of death. Great article which fits the spirit gnomes exhibit during their life. I'm a bit confused at one point though: In the beginning, you speak of their "final death"... do they die multiple times? If so, are there similar celebrations at the other occasions?

This is a world where resurrections aren't too uncommon for adventurers or the rich; death is not always final for any given person ;) They don't have multiple lives, but they do hold plenty of parties and celebrations throughout their lifespan. Age celebrations, achievement celebrations, parties just for fun... they live for excitement!   No, literally, they have to find new things to do. If a gnome gets bored, it will likely die from the lack of sensory stimulation. It's part of why they're so damn cheery.

Well written and a great read :)