Constellation of the Mithril Dragons

A dark sky awash with the bright colors of the Scales of Kallex stands above the peaks of the mountain range that also bears the Dragon king’s name. Stars in the outline of a Dragon shine bright, but the one that rests at the heart of the Dragon glows with a nearly unholy light, shining like a beacon upon the tallest peak. The constellation and its burning stars are known as Blazing Mithril, the final resting place of a Mithril Dragon.   All creatures succumb to the reality of old age, and the eventuality of death. Creatures such as Dragons and Elves may seem immortal when compared to the short lives of Humans, but even the powerful fall when faced with the truth of death and the future that awaits them. Even an Ancient Dragon despises death, choosing their manner of death so as not to be relegated to the slow death of old age.   Ancient Dragons are at the pinnacle of their power, but all things must find their end. As a Dragon ages and begins to lose its power, it enters its twilight, the years before it finally reaches the end of its lifespan. Few Dragons of any color choose to wait for death to come, many take their endings into their own hands, writing a final story that will become the stuff of legends.

Many constellations have interesting mythology tied to them, but Blazing Mithril is one of the few that the mythology behind the story is the truth of the constellation and how it came to be. The Bards and Storytellers of the world tell of a Mithril Dragon who reached his twilight after millennia of life in the shrouded valleys of the "Metallic Council". As death slowly crept upon him, he chose to take his end into his own hands, but his methods were far beyond what other Metallic Dragons had attempted in the past.   Metallic Dragons in their twilight often chose to fly higher than the peaks before free-falling to earth, creating a vein of their precious metal with their impact, but this dragon had no want to do something so trivial. He wished for his long life to be remembered, and so he told his story to a traveling Bard before attempting a feat unseen before, even within the lifetimes of Dragons.   The Mithril Dragon beat his tired wings, rising above even the tallest of peaks. He rose further and further until the world below him seemed to reach only to the edges of his vision. As he floated further upwards, a brilliant flash was seen before a scattering of stars, resembling the twilight Dragon, remained in his wake.

Blazing Mithril is a constellation found in the far northern sky. While the constellation can be seen from a variety of places on Vóreios, it is best viewed from the various peaks of the Spine of Kallex. Discovered over ten millennia ago, it remains one of the most important constellations studied by astronomers today due to its nature and location.   The constellation contains two of the most prominent stars that can be seen above the Spine of Kallex in Mithril Major and Mithril Minor. These two points make up the eye and the heart of the Dragon. While other stars and constellations may shift in the night sky, Blazing Mithril is unmoving, with Mithril Major being directly above the Spine's tallest peak, Mithril Peak. 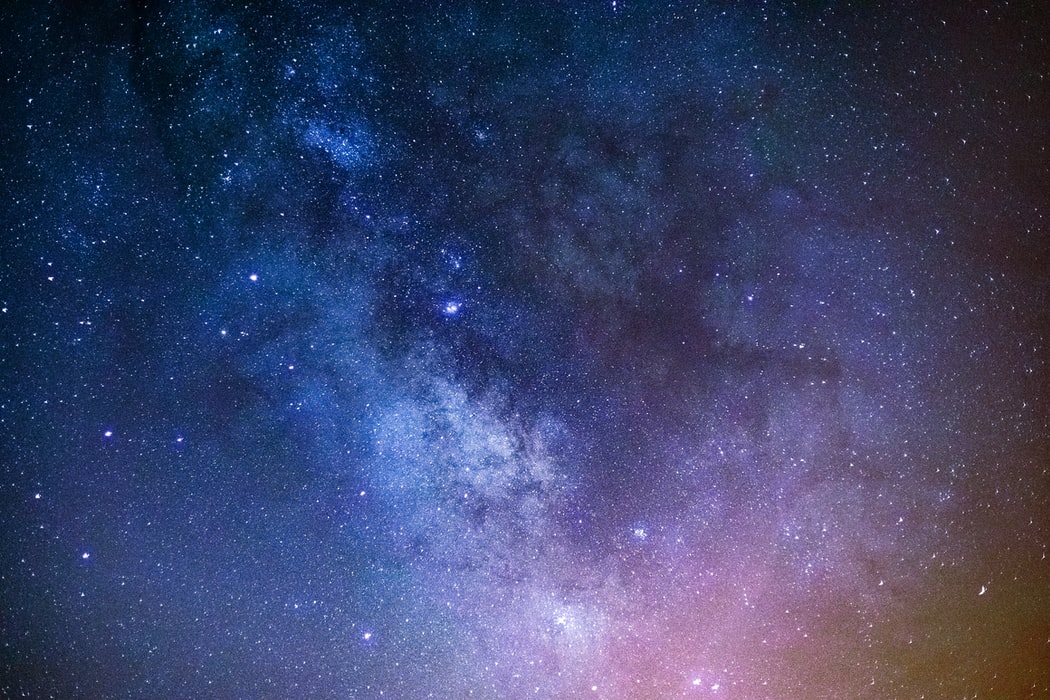 Night Sky by Andy Holmes on Unsplash
Constellations in the night sky, especially those above the Spine of Kallex are often illuminated by the same magical particals that cause the Scales of the Dragon Gods to appear. The two main stars of Blazing Mithril, Mithril Major and Mithril Minor are illuminated as the sky darkens around the shape of a Dragon's body.
Alternative Name(s)
Dragon Star
Type
Star System
Location under
Spine of Kallex
Constellations

Answering: "Decribe an important celestial body or constellation in your world."
Visit RiverFang's Competition Page Check all other answers to this prompt Competition Homepage

I love how the mythology of how the constellation came to be is true! It was also great to get some more insight into the culture and psychology of dragons, and how they do not want to wait for death to take them.   I also love the idea that Blazing Mythril is stationary in the night sky. That certainly make it unique! :)