Scales of the Dragon Gods

Glowing lights dance across the sky, gilding the land in wavering hues and shades. These lights move across high peaks and deep valleys, bathing even the deepest shadows in moments of light. The Scales of the Dragon Gods are natural light displays in the sky that can be found in two locations across the world of Isekai. These light features can be found above the Spine of Kallex on the continent of Vóreios and the Chromatic Peaks on the continent of Nótios.   The Scales are the result of convergences of arcane particles in the air above specific mountain ranges. These convergences are sometimes strong enough to empower spells and alter a variety of things about the climate and landscapes. Normally these particles exist in the upper atmosphere of the world, but tend to filter down into the troposphere when these convergences occur.   The resulting convergence of the arcane particles emits light of varying colors that resemble those of dragon scales. The form of the Scales, centered around the ranges of the Spine of Kallex and the Chromatic Peaks, is dependent upon the size of the convergence. Larger convergences create longer instances of the phenomenon and emit a wider range of colors.

Most instances of the Scales occur directly above the peaks of their respective mountain ranges. These occurrences are usually only about one to two miles wide and are most clearly seen at night against a dark sky. While the Scales of the Dragon Gods can appear at any time of year, the occurrences are more frequent in the colder months as the arcane particles travel better through the colder air.   On the northern continent of Vóreios, the effect is known as the Scales of Kallex. This instance was named from the brightly colored rainbow scales of the dragon god Kallex, god to Metallic Dragons. The southern continent of Nótios is home to the Scales of the Shadow Dragon. This feature is named for the twin of Kallex known as the Shadow of Kallex, god to the Chromatic Dragons .   The Scales of the Dragon Gods are occasionally seen in places other than above the peaks of the mountain ranges. Larger convergences of the particles can widen the phenomenon to be as wide as the mountains which it covers. This means that the Scales can be nearly 100 miles wide in some places. These instances bring with it increased magical ability, especially for arcane spells and rituals.

Forms of the Scales

According to the scholars of the Unending Scroll and the Starlit Tower that have studied the phenomenon, there are four major forms that the Scales can be seen in from the ground.   The movement of the lights has often been described as how air flows beneath the wings of a dragon. A well-known scholar of the Unending Scroll demonstrates the occurrence using light snow that is blown by a light breeze and the way the snow swirls and shifts.

A full understanding of this phenomenon does not exist, but scholars from the Unending Scroll and the Starlit Tower had dedicated nearly centuries to the study of this occurrence. A few of the main factors are understood fairly well, even though the convergence of the arcane particles itself is unexplainable.
Type
Metaphysical, Arcane

The lights can be any color within the spectrum of dragon scales, meaning that the phenomenon can shift between 24 different colors. Even so, the colors seen on either continent are often the same as the dragons that call that continent home.   Vóreios, home to Metallic Dragons, more often sees the darker, metal-like colors of adamantine, brass, bronze, cobalt, copper, iron, mercury, mithril, orium, silver, and steel. Because of the mixing and shifting of colors, the Scales of Kallex tend to manifest as a greenish hue.   As the home of Chromatic Dragons, Nótios most often sees the colors of black (more of a silvery-black hue), blue, brown, gray, orange, pink, purple, red, teal, white, and yellow. Because of the stark, bright colors of the chromatic scales, the Scales of the Shadow Dragon tend to manifest as a bright reddish hue. 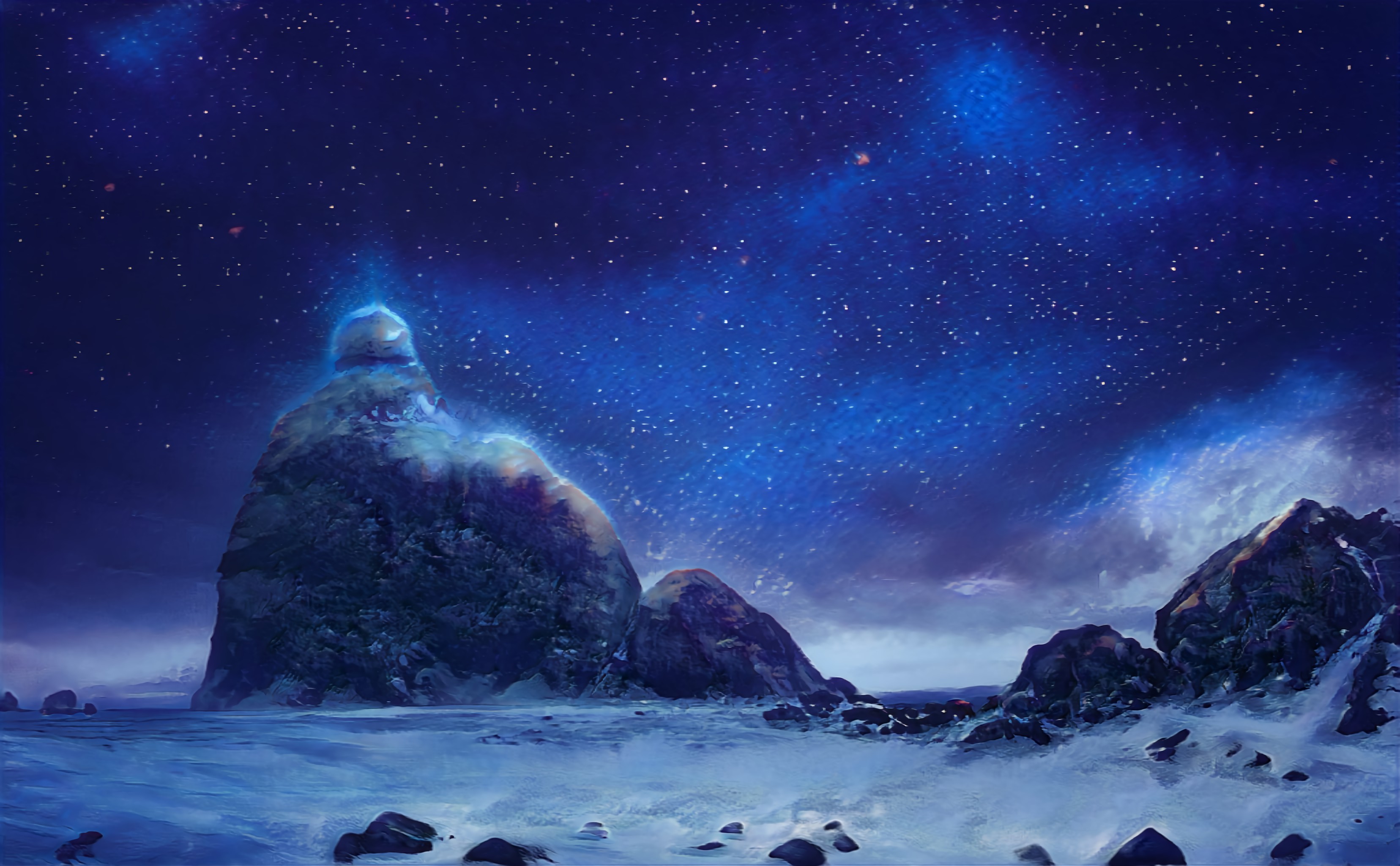 Scales of Kallex by Landscape via Artbreeder, created by RiverFang


Scales of the Shadow Dragon 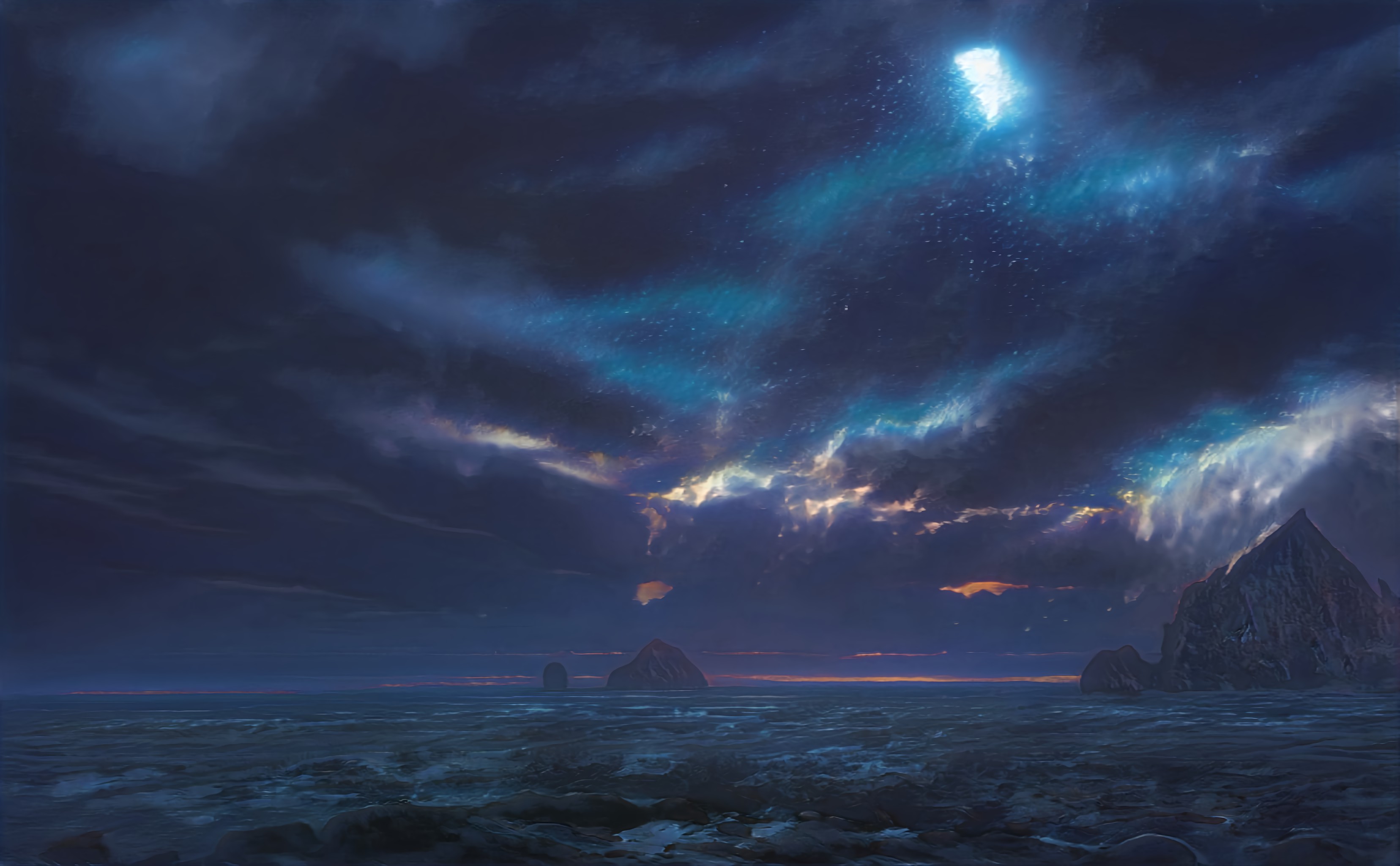 Scales of the Shadow Dragon by Landscape via Artbreeder, created by RiverFang

I really like the idea of taking something like the aurorae borealis and putting it in the context of a fantasy world. Making it magical is an added bonus at that. It's really well written and really enjoyable to read <3

Creator of Araea, Megacorpolis, and many others.
Powered by World Anvil