Vines climb the ruined walls of what was once an Orc war camp, a remnant of their tirade through the Spine of Kallex during the Eldritch War. This is one of many of such camps, abandoned as the Orcs learned the true potential of the Barbarians of this land, a land that was one of Elves, not creatures of destruction. Shattered buildings and rings of burnt and turned earth were all that remained of this place, the only memory that war had touched the hidden valleys of the Spine. But the Spine shows no mercy to any creature. Even memories burned into the earth disappear over time.   Once a circle of barren earth and broken buildings, the area known as Grik’s Bend has been retaken. No longer does the stench of burnt earth and Orcs permeate every inch of the valley. Nature has taken back what was hers, but chose to honor the Barbarians that fought for her. The war camp of Grik’s Bend was replaced with a sanctuary, a home for animals and people alike. A safe haven tucked in the hidden valleys of the Spine of Kallex., protected by the nature around them.   Decades after the Orcs left the area and nature began to reclaim what was hers, the Lulskar Clan saw an opportunity. In this safe haven, they built a single building, one that would house some of their clan members, so that they could care for the creatures that had found safety in this hidden valley. Injured animals came here of their own volition, only to be cared for by the clan and eventually returned to their true home. Grik’s Bend became a sanctuary for the lost and injured, a far cry from its beginnings. 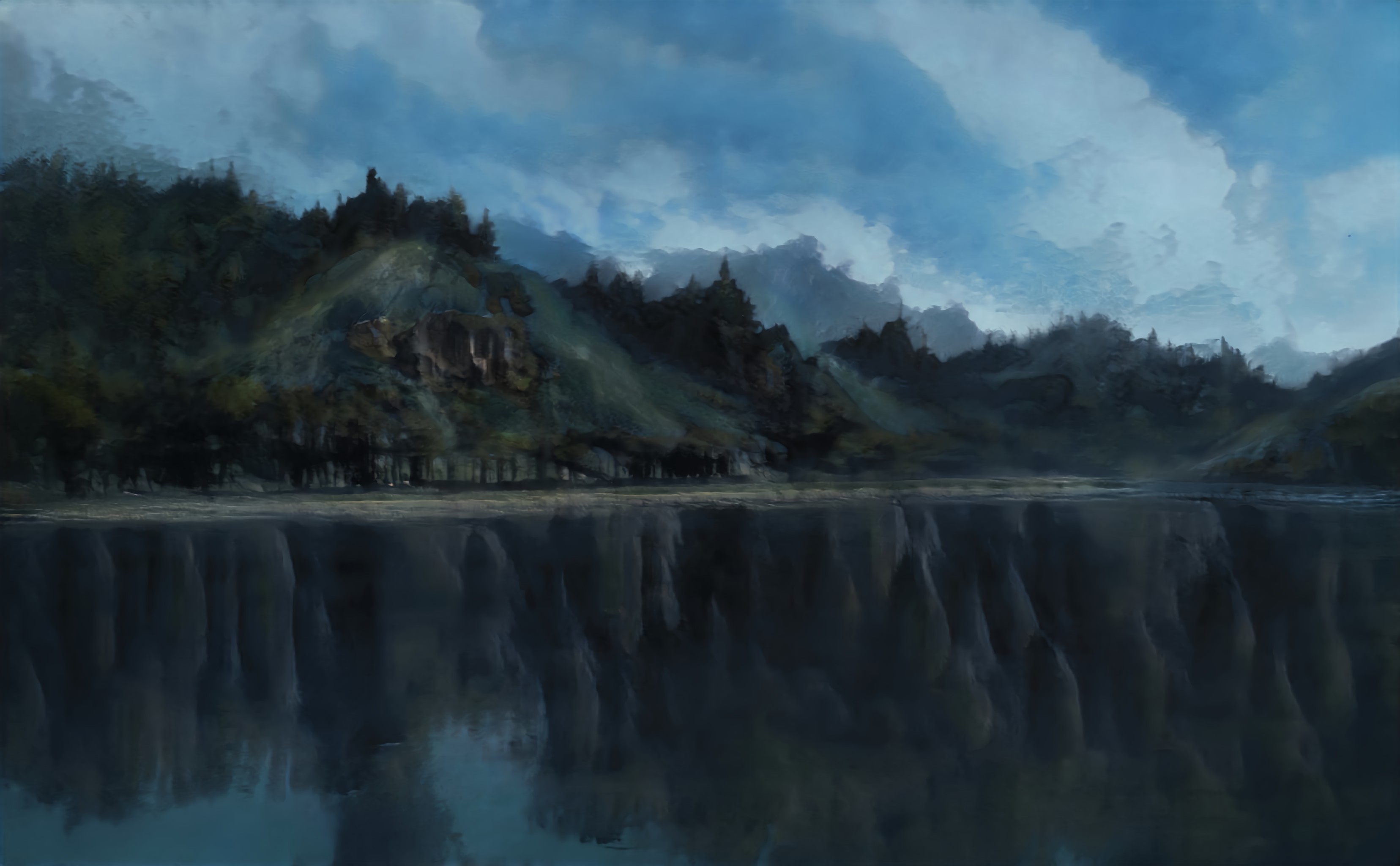 Grik's Bend by Landscape via Artbreeder, created by RiverFang
Once an Orc war camp, Grik's Bend was soon taken over by nature when the Orcs vacated. Now, the site serves as an animal santaury kept by the Lulskar Clan.

The remnants of an Orc war camp, Grik’s Bend now serves as an animal sanctuary that is kept by the Lulskar Clan, a band of Elf Barbarians that call the Spine of Kallex home. Here, creatures of all types are protected and cared for until such a time when they may return to their lives outside of the valley.

Very few alterations have occurred at the site since its original building. Once the Orcs abandoned their camp, nature reclaimed the area, breaking apart the buildings and covering everything with a layer of new growth. When the Lulskar Clan came to the area, they built a single building, one that would be used for housing for their clan as well as a clean area to help any creatures that came to Grik’s Bend.
Original Construction
57 E.A.
Ruined
68 E.A.
New Construction
93 E.A.
Alternative Names
Grik’s Park
Type
Park
Parent Location
Spine of Kallex
Owning Organization
Lulskar Clan

Grik’s Bend is known throughout the Elven Kingdom as an animal sanctuary that has helped preserve some of the more endangered populations of the Spine of Kallex. It is a popular destination of researchers of the Unending Scroll and various other academies from across Vóreios.   Visitors from the public are also welcome to visit Grik’s Bend, but the area is not easily accessible. It’s location is roughly fifty miles north of Qimbyr Pass, but the only trails to the valley are little more than animals paths. It is said that flying is the best method to gain access to the area, other than having the Giant Goats that the Barbarians of the Spine tend to use.
Spine of Kallex
In response to the prompt Describe a ruined structure that nature has reclaimed. What was its original purpose?

I love the idea of an orc war camp becoming a nature sanctuary. That's such a nice change.