First to be Summited

Looking north from this peak, the Spine of Kallex stretches in front of you, the shining glow of Mithril Peak marking the direction further northward to the valley of the Metallic Dragons and beyond. From this point, it is impossible not to see everything, the span of the mountains to the north, the sea to the south, the Elven Forest to the east and west, bounded by the sea on the west and the Great Plains on the east. It is here that someone can fall in love with the beauty of the world, where one man did fall in love and began mapping the harsh elevations of the Spine of Kallex.   Dragon's Claw was the first mountain that Traenas Elrel attempted to climb that would eventually become known as one of the Spikes of Kallex. As a young man, he practice mountaineering on the smaller mountains on the edge of the Spine, but one of his earliest attempts of the taller mountains was one towards the southern end of the range where the mountains had moved into the territories of the Halflings and Fairies.   Due to its jagged shape, Elrel named the mountain Dragon's Claw as he felt its name was reminiscent of what the Spine stood for. The beauty he beheld as the sun set across the world from the peak of that mountain inspired him to climb the tallest that the Spine of Kallex had to offer, eventually naming them the Spikes of Kallex. His climbs would inspire others, allowing the range to be mapped properly for the first time, without the aid of those on wing. This single climb was revolutionary and inspired a new generation of mountaineers. 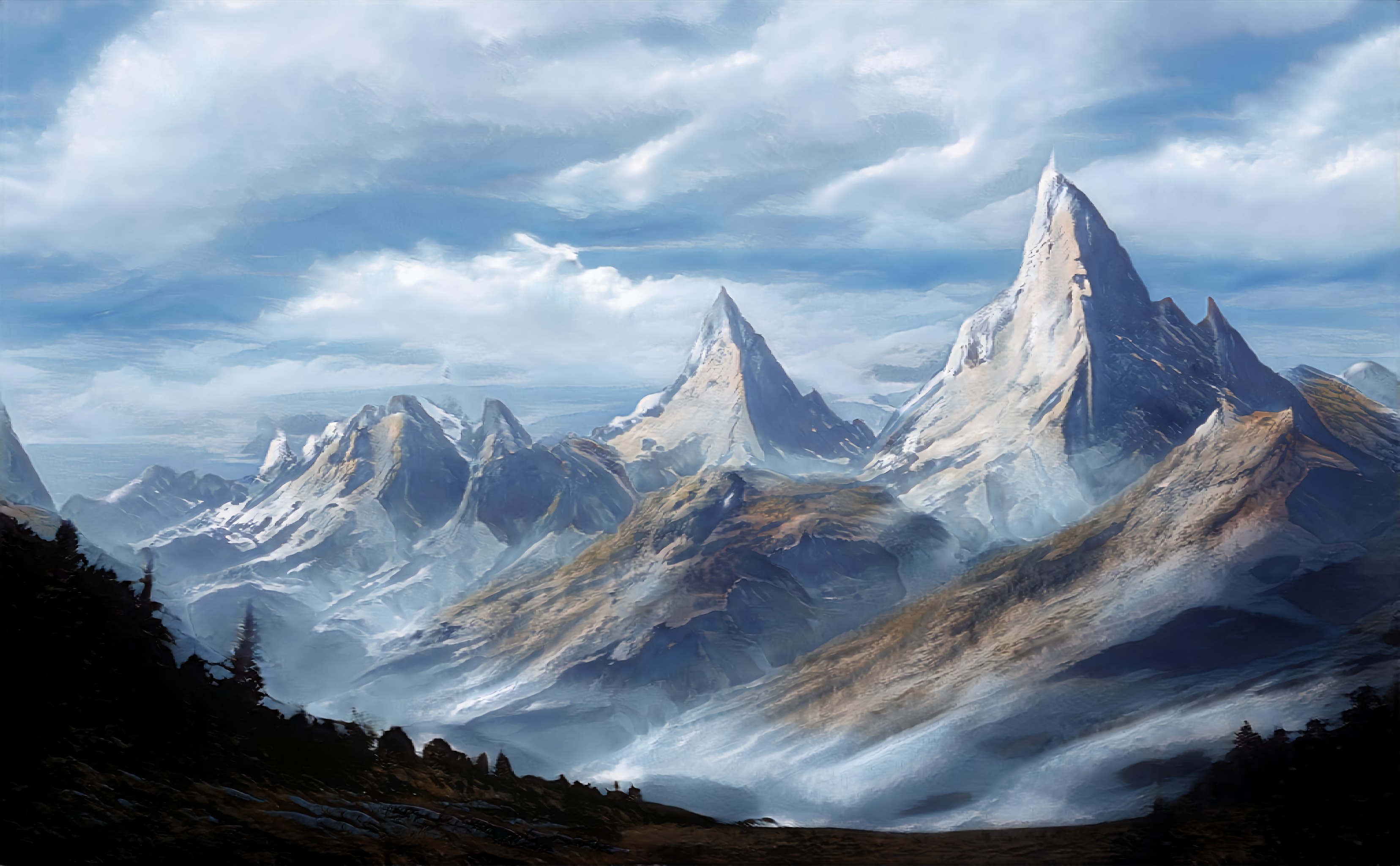 The Spine of Kallex is known across the Northern Continent for its varied and amazing geography. The range is home to the highest peaks on the continent of Vóreios, beautiful canyons carved by two major rivers that cut across the ranger in the northern and southern portions, and endless valleys that stretch between the reaching peaks. These features often span miles, giving the range a larger than life look that is often associated with the Dragon god Kallex. The Dragon's Claw is the most southward of all of the Spikes of Kallex, but is by far the most important in recent history of the Spine.   Dragon's Claw is located roughly two hundred miles north of the southern end of the Spine of Kallex. Here, the mountains slowly shrink in elevation as the range makes its way to the southern sea, causing the Dragon's Claw to ascend far above those around it. The mountain is one of the shortest of the Spikes of Kallex and is considered a good "starter" mountain for beginner mountaineers due to its location.

The common flora and fauna in this area of the Spine of Kallex begin to change and become the less harsh and dangerous plants and animals of the Fairy King's Wood and the Little Greenwood. Stout and hardy trees can be found on one side of the mountain while the other is adorned with fauna that glows with the magic of the Fairy Kingdom.   In the higher elevations, Dragon Pines are still common on Dragon's Claw because very few things can live in the alpine zone. These trees can be seen scattered at elevations above 5000 feet, sometimes mixing with the more magical flora of the lower elevations. The fauna of the area, fey and other small creatures have become accustomed to the Dragon Pines, so it is not uncommon to see small owls or other creatures making their homes in or around these trees that are avoided in other parts of the Spine.
Type
Mountain / Hill
Location under
Spine of Kallex
Elevation
15,268 ft.

Most of the Spine of Kallex is in the Elven Forest, but some of the range becomes the border between the Fairy King's Wood and the Little Greenwood.

A vast forest that is known for wild magic and creatures that cannot be found anywhere else in the world. The homeland of Fairies and a place blessed by the Ancient Fey that is found south of the Elven Forest.

A stretch of woods that is found just south of the Great Plains. It takes up an expanse that reaches westward towards the Fairy King's Wood and east to the shores, it touches the feet of the Great Furnaces and the eastern coast of the continent

While Traenas Elrel was not the first to discover the Dragon's Claw, his climb and subsequent naming of the peak sparked a new love for mountaineering.

One of the few mountaineers that climbed in the Spine of Kallex, and one of even fewer still that did the dangerous climbs alone, Traenas Elrel was a mountaineer and geographer, using his climbs and conquests as opportunities to map the world.