The Dragon Pines are hearty trees that are only found in the upper reaches of the Spine of Kallex. Their needles and bark are often said to be as strong and resistant as Dragon scales, allowing them to survive the harsh cold and jarring winds that are so common at the peaks where only the Dragons fly.

Much like their namesake, these trees are known for their overlapping scales that cover their trunks as bark. These scales can be any of the colors of the Dragon God, but the needles range from a dark blue as deep as midnight to a white as bright as newly fallen snow.

There is something sacred about the Dragon Pines that makes many think twice before daring to cut one down for their own needs. One must pray to Kallex and hope that the great Dragon offers one of his flock for your needs. If not, no axe will be able to fell the tree.

— Appendix B of the Yllvalion Codex, Flora & Fauna of the Spine of Kallex

The Dragon Pine, also known as the Scaled Pine, is an extremely hearty tree that only can be found in the Spine of Kallex. Known for its heavy scales the colors of the Metallic Dragons and thick needles that range in color from nearly black to bright white, the tree bears the name of the Dragons proudly as one must pray to Kallex and receive the god's blessing to utilize the trees for any selfish means. 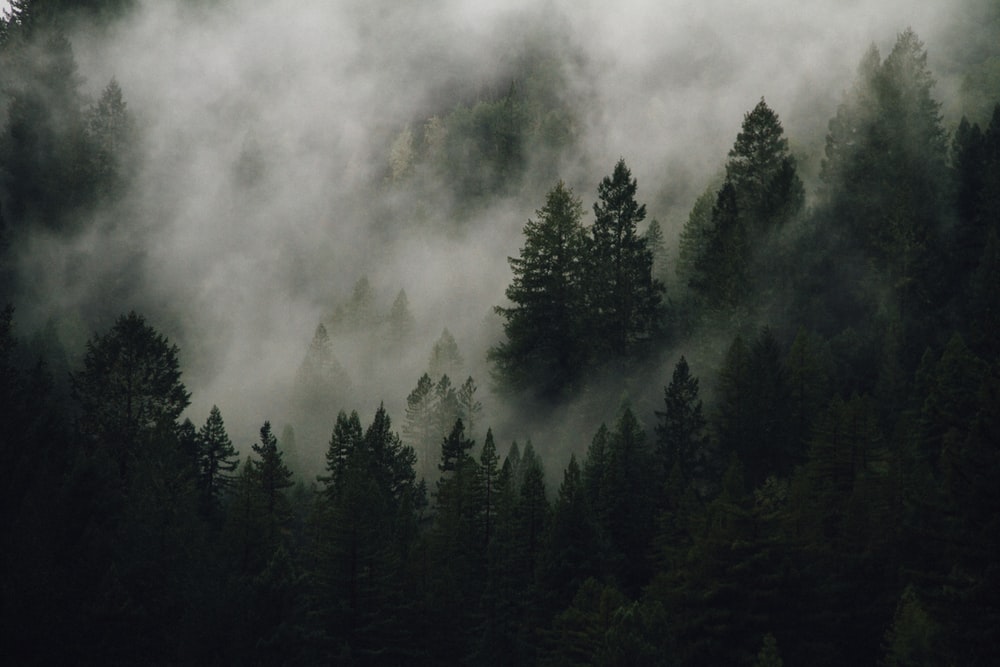 Photo by Kyle Glenn on Unsplash
Dragon Pines grow in the inhospitable areas of the Spine of Kallex, often making the mountains seem less dangerous as the stands of trees in the area and the thick fog hides the jagged cliffs and deep valleys.
While the Dragon Pines have many traits that are similar to those of the Metallic Dragons, the trees do not suffer from the long growth stages that the Dragons do, even though Dragon Pines are known to live as long as Dragons. It is said that the seed of a Dragon Pine can be planted and reach the height of a Human's knee in the span of a week. Within three months, the tree can stand the height of an average Human.   After the tree's early growth spurt, the tree will slowly grow until it reaches a height of 100 to 200 feet tall. In some areas of the Spine, these trees have been known to reach heights over 300 feet tall. It takes roughly two years for the tree to reach its full height.   The rest of the tree's growth stages are marked by the changing of the colors on its bark and needles. This is similar to how Dragon Scales may dim some as the Dragon reaches its twilight. The full range of color changes that the trees go through has not been fully documented so it is difficult to determine the age of the trees by this method.

Much of the Spine of Kallex is covered in thick stands of Dragon Pines as the Aelinor Oaks are only found in the lower valleys and near the base of the range. In these areas, the Aelinor Oaks begin to fade as the elevation increases and are replaced by Dragon Pines. These trees can be found up to elevations of 14,000 feet where they are replaced by lichen and other ground-covering plants.   It is believed that the Dragon Pines are hearty enough to grow at much higher elevations as there are a few isolated examples of this throughout the Spine. Myths have led many to believe that the reason the trees stop at a certain elevation is so that the Metallic Dragons would have a clear place to land if need be.

Due to the hardness and heartiness of the Dragon Pines, they have many uses, but only if one first has the blessing of Kallex. The Barbarians of the Spine have become quite proficient at creating needles from the pine needles as well as a variety of armor and cooking dishes from the scales on the tree.   Many have asked for the Barbarians to sell these wares, but the elders have stated that gaining a profit would be an egregious use of the blessing and favor that was bestowed upon them by Kallex.

It is highly debated whether the abilities of the Dragon Pines are just another of the odd magics of the Spine of Kallex or if one truly needs the favor of the Dragon god Kallex to be able to use any part of the tree.   No matter the case, it is said that the scales of the trees will harden when threatened by anything other than an animal, causing the tree to essentially become indestructible by any means. Those that have offered a pray to Kallex and are not immediately struck down are allowed to cut the branches or trunk of the tree as well as take needles with no issue. 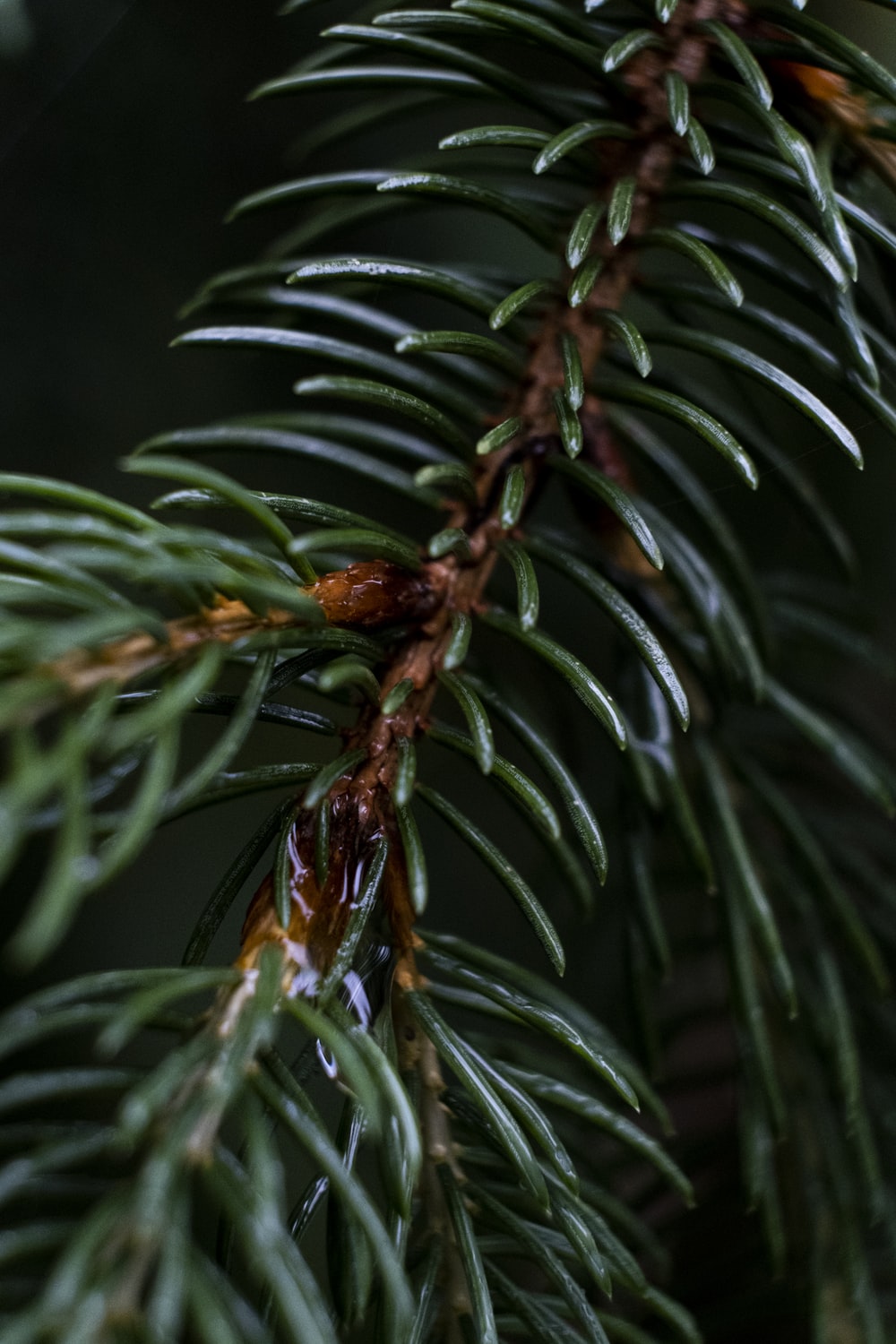 Photo by Matt Hoffman on Unsplash
Young Dragon Pines often have green needles, but as the tree ages, the needle gain a more metallic sheen. The bark is scaled from when the trees are young saplings but also become more Dragon-like as they age.
Scientific Name
Draco pinus
Lifespan
5000 years
Average Height
200 - 300 ft
Geographic Distribution

The Spine of Kallex is home to a wide variety of hearty and dangerous plant and animal life. The Dragon Pines are no different, in that they can withstand the harsh conditions of the higher elevations of the Spine but also have innate defense mechanisms that are either magical or the blessing of a god.

The longest mountain range in the world that extends from the northeastern shores of the Neither Tundra, through the Elven Forest, the Fairy King's Wood and down to the southern shore where it passes through the Little Greenwood.

Answering: "a plant or animal that lives in an inhospitable region"
Visit RiverFang's Competition Page Check all other answers to this prompt Competition Homepage

Very interesting tree! I love its relationship with the god. What kind of use does Kalex find worthy? Or is it just that they grant autorisation to anyone who offer a prayer with the exception of some specific uses?

I bet these are beautiful to look at. I love how they are associated with Kallax and their natural defence mechanism.