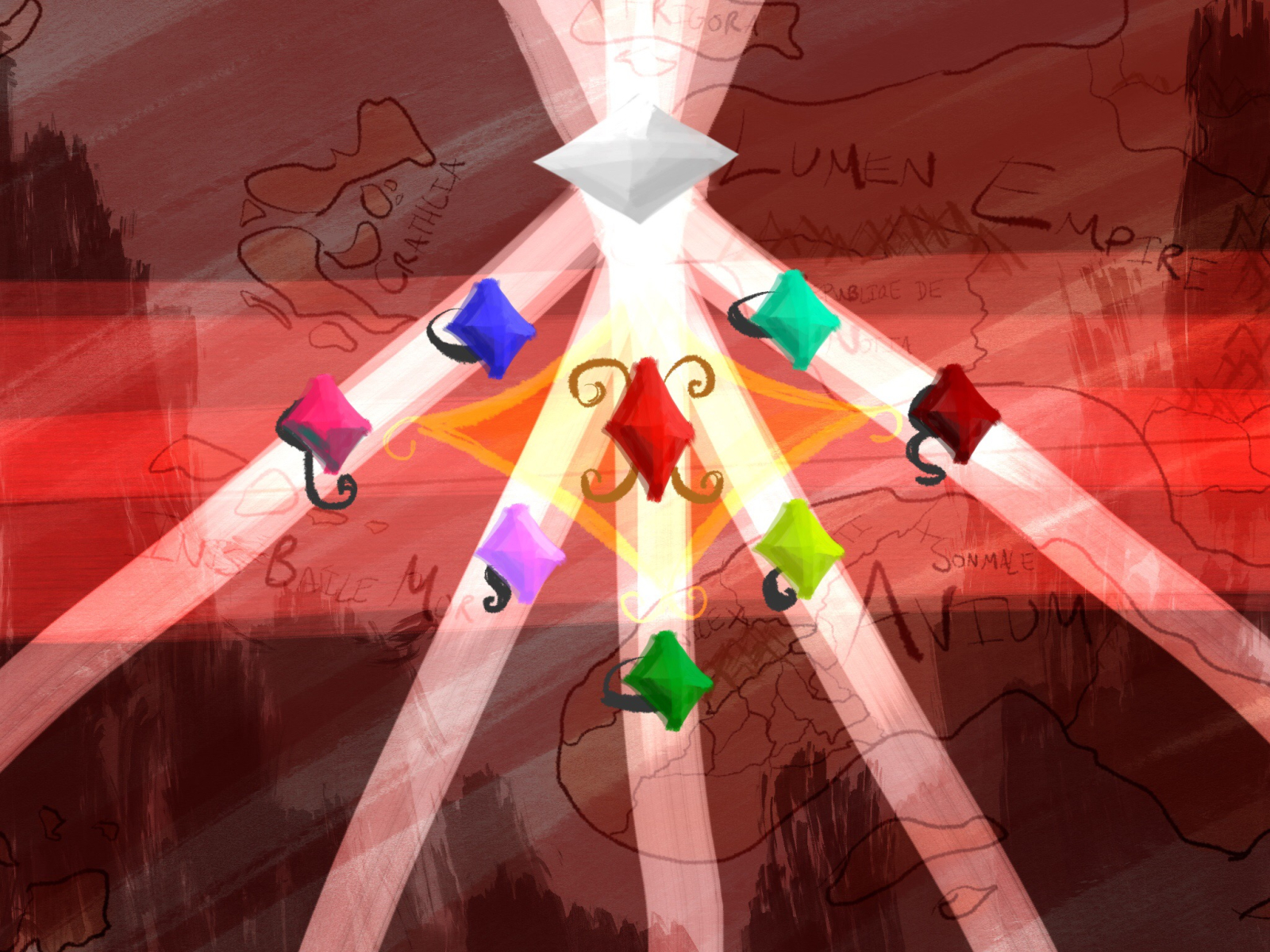 Meta: To the Readers

The naered are made of mist.   The aignaoithe are made of lava.   The war between the two races of dragons has stretched since the beginning of time. When the aignaoithe sent their shapeshifting warriors to colonize an island nation of humans, they intended to create an army of human-shapeshiftter hybrids that would destroy the naered once and for all.   That did not come to pass. After 600 years of human enslavement, the humans rose up and slew their oppressors. The aignaoithe, particularly their shapeshifters, were nearly wiped out.   Over the next 600 years, the part-dragon humans, calling themselves Paragons, came to rule those who were less powerful. But just as in ancient times, the oppressed will one day rise up, and claim sovereignty for themselves...

1315/04/08   My name is Lady Cordelia Colbreak Evenbrook, fiancée to the crown prince of Crathlia. I am a history student at Everdon Academy, currently doing research for my final thesis. This is a bit of a pet project of mine, an attempt at explaining the history of Crathlia, the aignaoithe , and the naered—and thus, the majority of the world. Sometimes, I suppose, I need a break from the research I've been doing and need to return to what is more certain. Most would consider such information rather basic. But in reality, sometimes even in what is "common knowledge" there are misconceptions and outright untruths. In this archive, I will do my best to correct these and put forth what I consider to be the whole truth, as far as I understand it.   Students who happen to stumble upon this, check my sources in the footnotes. If I happen neglect to cite (a historian's crime, but this is really for my own enjoyment and I'm really quite sick of doing so), you may cite me personally thus: Countess {or Princess, if I happen to be married by the time you arrive here} Cordelia Colbreak Evenbrook, "{Article Title}", Personal Historical Summaries of Princess Cordelia Evenbrook. Last updated 1315/04/08. {Include the digital path to the article here.}

Found in the blood of all three intelligent species, a high concentation of power carriers allows for abilities ranging from telekinesis to shapeshifting.

The nobility of Crathlia, who have telekinesis and one other ability, once enforced their rule with that power, but now rely on other sources of leverage...

Drainers can temporarily take away the powers of others, and Crathlia has long used them as the keepers of its prisons...