I can't say it's necessarily a good idea to write an article about my 17-year-old betrothed who will one day have actual historical significance, especially since I generally refer to him as "Victor", but here goes:   The heir to the Crathlian throne, Crown Prince Victor is the youngest son of King Leonard Whitewave and Queen Alexandra Alderley. He and I (Cordelia Colbreak Evenbrook, if you needed a reminder of who I am) have been engaged since I was thirteen and he was eleven, and our wedding date is set for a year hence.

Victor Whitewave Alderley was born to King Leonard Whitewave and Queen Alexandra Alderley Whitewave on the 7th of Dagal, 1297. He was their third child, three years younger than his brother Prince Felix and six years younger than his sister Princess Eloise.   He scored 149.05 on his tenth birthday, but retested on his eleventh birthday at his final score of 151.62, only 0.4 points above his sister Eloise. But this meant that he, not her, was declared the heir to the throne on the New Year of 1309, and I was betrothed to him that Harvest alongside its convergence ceremony.   We have been engaged ever since and have thus acted in ceremony and duties as the crown prince and princess of Crathlia. Our wedding is, as stated above, set for a year hence, during the month of Bridgal (as is tradition for an heir to the throne), 1316.

Victor is in his last year at Everdon Academy. His strengths include speech, law, ballroom, and manners, though he says he enjoys manners because it involves dining during class. He plays drums in the chapel band, as well as for a student-formed group, and is one of the best dancers I've ever encountered.

Since we are all still so young, it is difficult to discern who among Victor's Everdon friends will be among his most valuable contacts. A further complication is that he is friends with nearly everyone in his class. It can be assumed, however, that High Clan heirs Marcus Whitewave Colbreak and Quinn Nymphaeus Evenbrook will be among those of importance. Marcus in particular is Victor's Everdon roommate and close friend (as well as being my cousin).   He also, of course, has contacts through his parents and other Alderley family members.

Both the Alderley and Whitewave clans are relatively small. The Whitewaves have mostly married out of their names in the wake of Daniel Whitewave Weaver's destruction, and the Alderleys are by nature rather limited in size. Out of his Alderley cousins, he is closest to his second cousin Tabitha Greengale Alderley, and out of his Whitewave cousins, he is closest to his first cousin Rosalind Whitewave Blackburn and his second cousin Marcus Whitewave Colbreak, as noted above.   However, Victor's strongest ties are to his immediate family: the king, the queen, his sister Princess Eloise Alderley Luma and his brother Prince Felix Whitewave Alderley. Since Eloise was married when he was rather young, he isn't as close to her, though he has very fond memories of their childhood together.   Victor has told me (and said as much in interviews) that he considers Felix his most important confidant and his best friend. As far as I've seen, they are as close as any brothers I've ever known. They often talk about music and video games, as well as other people. 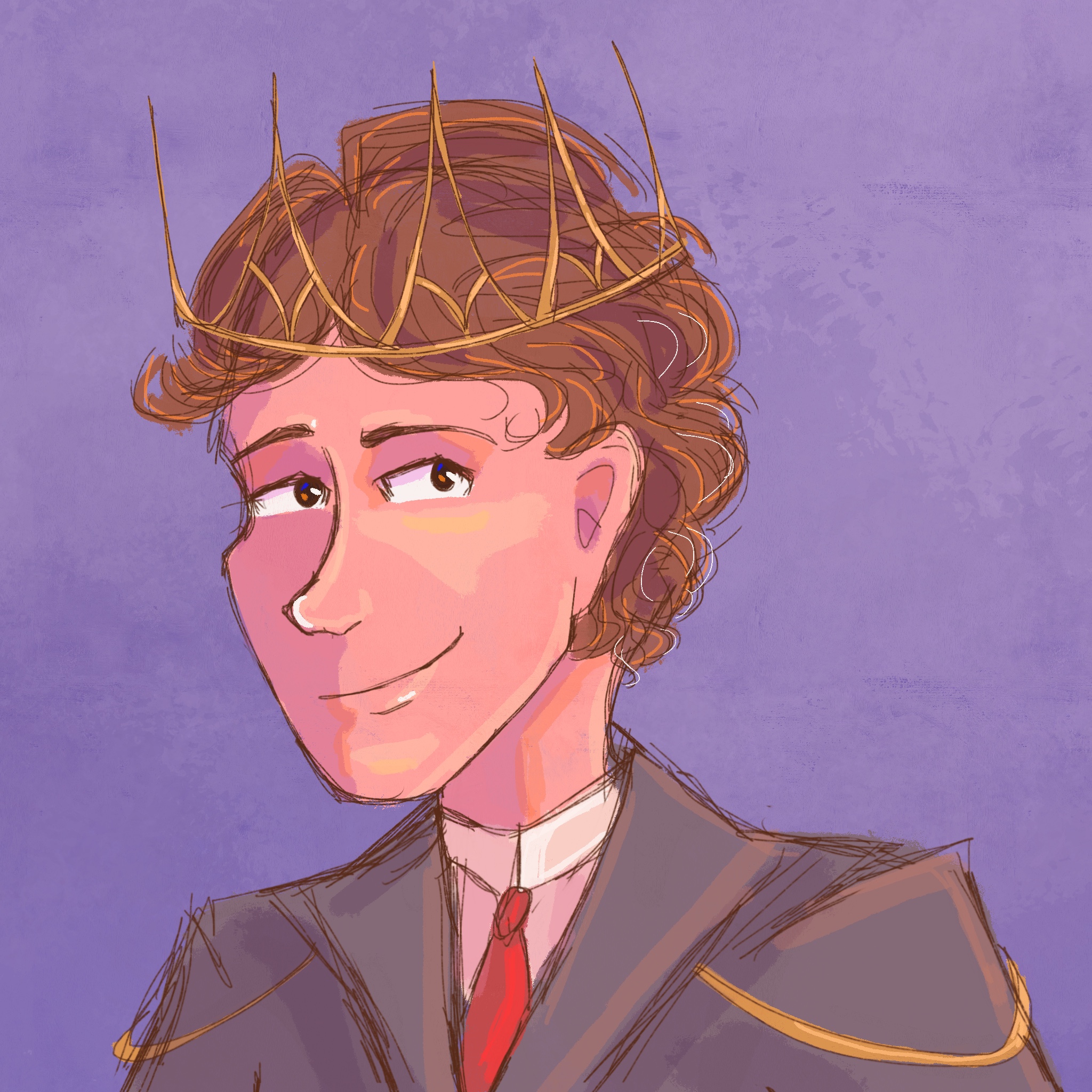