Yantra are complex patterns loaded with hieroglyphic and symbolic information about the bearers. They draw from common texts for their symbolism, and many are designed with a key or legend which is revealed with a simple scan.

They are extremely common, and are most often expressed through tattoos, holographic tats, and holograms.

Yantra originated in Hinduism as a mystical diagram for aiding in meditation, convening with deities, and more.   After Humanity came into contact with Monoliths, and their conceptions of deities shifted, a movement began to encourage people to see themselves as gods—monoliths or not, the potential alone made them divine.   With this movement, Yantra surged in popularity, and on Eden people began to design Yantras based upon themselves. This resulted in new standards for the meanings of Yantra symbology. This occured before the Bannercasting, and grew to ubiquity.

Yantra strive for radial harmony.   They are broken into quadrants, sextants, octants, or sedecimants based on how much info is being shared and how big the Yantra is.   Is it not uncommon for someone to have a seal representing their Yantra and multiple iterations of the Yantra with larger sizes with more sections and details.   Aspects of a Yantra include: Mantle, Provenance, Kinds, Mantras, Sex, Social Gender, Sexuality, History, Goals, and Personality.
Yantra became so ingrained in the social fabric that they influenced the designs of the Banner icons.
Back to Top 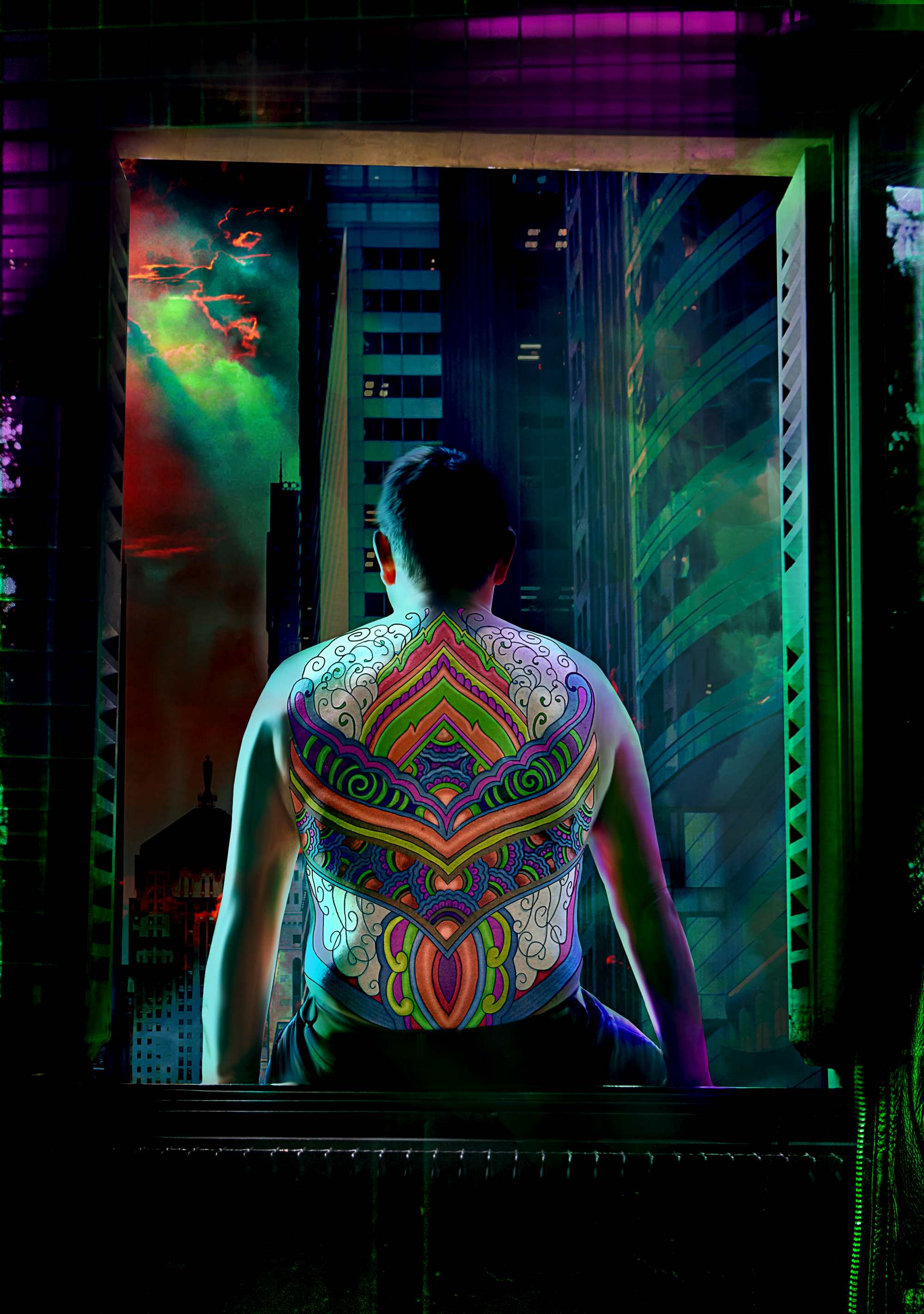 Read the skin and see the truth. Symbols tell of man turned woman and warrior to poet. One life transitioned entirely to another, impossible to tell except by the tapestry painted onto me.

— Someone explaining their Yantra

Technology and the meta have muddied the waters of spirituality rather than cleared them. In our search for the nature of the universe we find more and more things which baffle us—the source of the Meta, the root of the power of the Monoliths and Sovereign, a source for the Foci—these things begged the question of higher forces, and of inner forces.

Within ourselves, we found gods.

— from "Absurd Diatribes on Techno Witchcraft and the Modern Spirtualist"