Nothin' is more important here than to follow your dreams. Make the Impossible the Possible. I need people who are inspired by the work we do here.   You don't love what you do? Then get out.
— Director Vandimir

Director Constantijn Vandimir is the longest serving employee of Abominable Creations Lab aboard The Abominable Substation. With a company history that dates back before Abominable ballooned in size, Contantijn had no problem taking executive control over the Substation's day to day operations.   To his coworkers, he is often seen as a whimsical character. He enjoys visiting the different laboratories of the Substation, often unannounced, and making candid conversation with even the lowest grade engineers. While many have come to enjoy the hands-on approach, the off-the-cuff conversations with the Director have come into conflict with lower-level managers and sometimes even himself.   Many have even labeled him as disorganized and unpredictable, an accusation which has sent the Director into an Ireheart rage more than once.

A Gambit for Power

The Director is an unpredictable personality. His name and quirks are well-known across the entire station. Many praise him as a creative genius and benevolent force aboard the station. Several fear him, seeing him as a rage-primed boogie man who can round the corner at any time.   He bleeds for the company, seeing Abominable as his dream job and company. He started on Abominable before they exploded, and has since been key in many of the designer ideas now part of the company catalog. His eccentric mannerisms and ideas come out as whimsical actions.   The Director will cajole even the most novice employees into coffee trips, asking them about their opinions and about their job. Some of these conversations end in disaster, as unhappy employees can set him into his rage. Most of the time the person he is with is not the target of his rage, but many managers have received interruptions from Vandimir accusing them of not reading their employees correctly.   Vandimir sees each Synthisaur made by Abominable as pieces of art. He treats them with respect, and cherishes the moments he gets to spend with the creations. He does not let his love for the product interfere with what needs to be done, though he will display irritation if a Synthisaur has to be eliminated as part of the job.

A IreHeart Exemplar hailing from and allegiant to The Jupiter Syndicate. 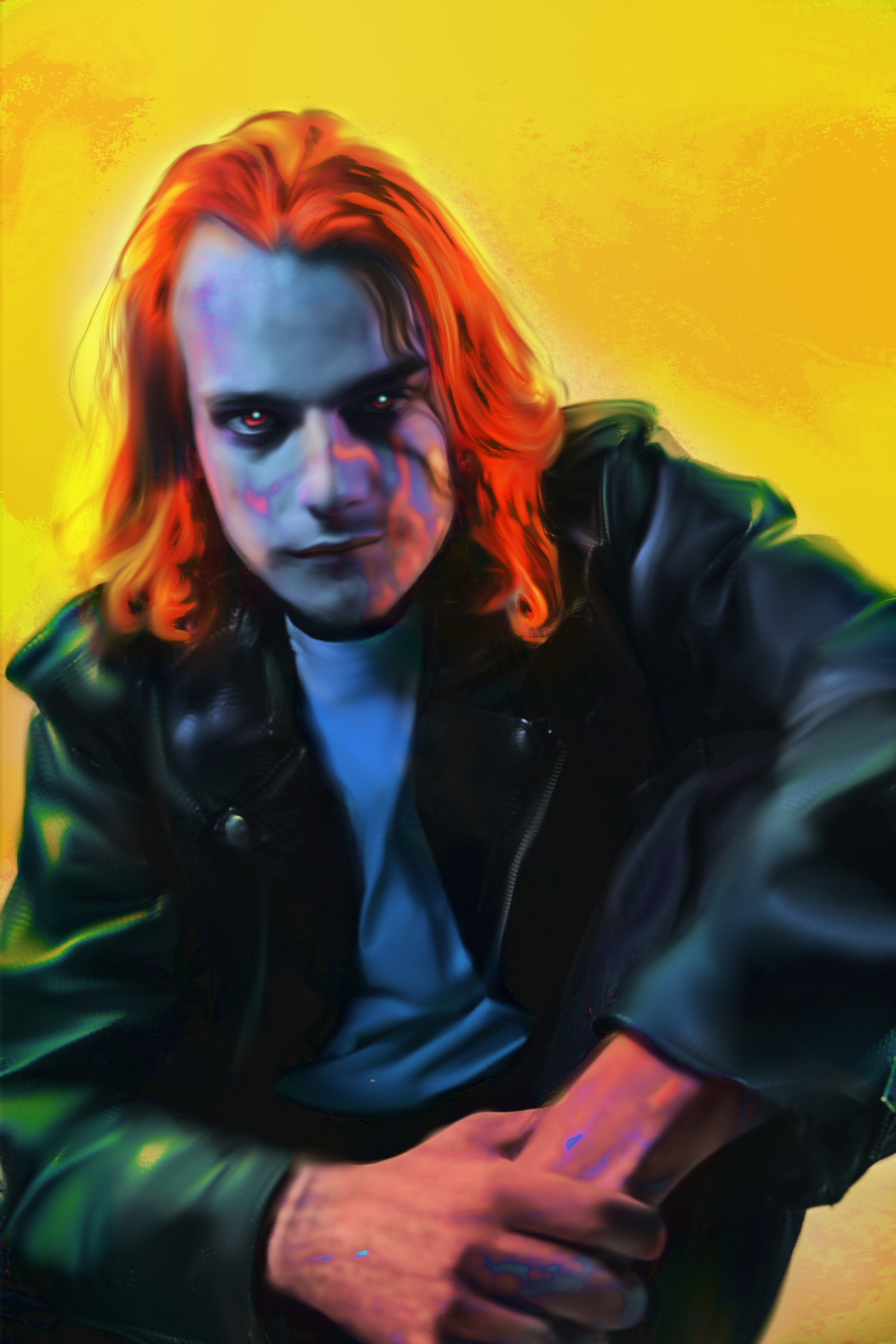 Substation Universal Access A universal access chit securely fastened to his wrist. It bears a red color and the emblem of Abominable Labs.
Pocket Shotgun A personal weapon allowed thanks to his power on the station. It holds two rounds of powerful buckshot. The grip is crafted from Synthisaur bone with the visage of a raptor engraved upon it.
--Æthernet Phone::A specialized device designed to have it's own Æthernet connection separate from the station, it has the ability to call anywhere in the solar system even during a communication lockdown.

Constantijn can be the spark which sets things in motion. He's restless, quick to jump to conclusions, and involved with as many aspects of the Station as he can be.

A way by which to force his hand

Vandimir is one of the most senior employees of Abominable Labs. He joined with the original fifty employees of the company, and as such has close ties to the founders of Abominable Labs. There has been times where Vandimir's rage has been so great that the founders of the company have had to personally call or visit to calm him down. These 'keepers of Vandimir' can be used to get Vandimir to calm down or take actions he normally would not do.

Heart on His Sleeve

Vandimir's IreHeart Rage plays a major part in his day to day life on the Substation. With his Tribe being Wild, a small blotch of the tell-tale red always moves around his facial features. Many employees familiar with Vandimir will use this red splotch to their advantage, as they can see if statements enrage or calm him based on how the splotch reacts.

This work is licensed under a Creative Commons Attribution-NonCommercial-NoDerivatives 4.0 International License.
All content herein is owned by Ethnis and Ethnis Studios, which are owned by Ademalian Enterprises.
It is developed by Ademal and co-developed by Barron.
All other credited work is either commissioned or gifted fanwork.
For more disclaimers, read here. Credit to for the idea for a header bar!
Character Portrait image: Director Constantijn Vandimir by Ademal