The Erenel site is undergoing major changes and lore updates. Please note only articles listed in the Gamingbrew Discord are finalized. All other articles should be considered outdated lore.
The Creator still protects his masterpiece to this day. Not just by the bond formed in his sacrifice, but with the inhabitants he designed and imbued with the power to rise up against those who would do Erenel harm.

Al'Madoon is responsible for the creation of Erenel's Multiverse; including the four elemental planes and the mortal plane before his death. He also created many of the intelligent races, creatures and deities who now call Erenel's multiverse home.   Sadly, the circumstances of his death resulted in the creation of the final three planes; The Above, The Below and Trance: Plane of Eternal Glade. To learn more about the creation of the Multiverse, reference the Story of Creation article below.

Following the Great Sacrifice, the 8 planes crafted by Al’Madoon would become known as the Realms of Remembrance. The Ethereal Plane is often credited to be derivative from Al'Madoon but is unconfirmed. Scholars suggest the Ethereal Plane and its role in the afterlife comes from the Bond.   Much of this speculation is inferred from the ability to see tetherbane auras in the Ethereal Plane, however, creation of the Ethereal Plane is also argued to come from Bedoma, the Last Guide or Ianna, Matron of Ravens. Its true origin remains a mystery in the present day.

It is believed the crafting of the four elemental planes is Al’Madoon’s first attempt at creation, and their raw, chaotic nature was more than intended. Others stand by the viewpoint that Al’Madoon knew each plane must be chaotic to inspire the change needed to craft the mortal world. Regardless, the four elemental planes continue to be highly volatile.   These chaotic reactions spawned the first known elementals who began roaming their corresponding planes, vying for power. Over time, one primordial elemental from each plane would take control, subjecting weaker elementals to their rule. Unfortunately, Al’Madoon was too preoccupied with his latest creations to care.   After the four elemental lords rose to power, they turned their attention to their creator, watching as Al’Madoon created Erenel by carefully taking portions of their own homelands. This abandonment led to a fit of jealousy that consumed the four elemental lords, and for a brief moment, they conspired together to regain his favor.

The four elemental lords would create their own races, designed out of spite to be larger and more powerful than those favored by Al’Madoon. Each elemental lord mimicked the Architect, crafting a humanoid race in their image and would call them Giants.   Although much taller than Elves, the first giants, ogres, ettins, cyclops and others were considered failures. Their failures did not dissuade the elemental lords who would each create a favored species over time.
The final creation, Storm Giants, came from one last moment of the partnership between the four elemental lords and proved to be the mightiest giant-kin. Predictably, Al’Madoon did not notice.   In a fury, the four elemental lords sent their giant-kin to Erenel in an attempt to destroy Aymara the Foremother and A’Madoon. War came to the boughs of the Foremother, however, the Primal Deities lead by Ødger, the Storm Claw would be victorious in the end. Remnants from the great war can still be found hidden across Erenel, waiting to be uncovered.

1st of Rendilar
The first day of a new year is also the holy day of Al'Madoon, the Architect and yearly anniversary of the Great Sacrifice.

31st of Eol
Held during the last day of the year, Three Tears is a solemn holiday. As the year fades and another takes its place, Erenel mourns the loss of Asanna, Luniwyn and Rezmir's physical form and hopes one of the three may fulfill their Yearning next year and become whole again. 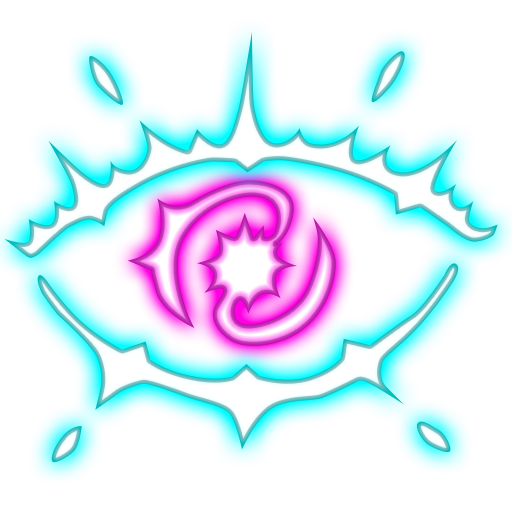 Archways, ancient gateways to countless pocket dimensions, lie scattered across the world of Erenel. Travelers who come across the chaotic portals claim wildly different stories about what they experienced when they ventured inside. Tales of delving through ancient crypts to battle long forgotten evils, negotiating with kings, and solving intricate puzzles have spread across campfires and bard songs.   Those who have solved an Archway's mystery collect a token as proof of their deeds, an Archway Coin containing the essence of Al'Madoon and the feeling that the Architect himself is pleased with your accomplishment. 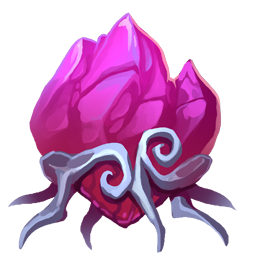 When A'Madoon sacrificed his celestial body, pieces of the Architect fell like rain from the heavens and coalesced into a crystal-like state of arcane energy. His children present to witness the event would name these crystals Lament, or Creator's Tear, for it appeared as if Al'Madoon wept in grief as they fell.   As Erenel moved into the Era of the Inner Flame and spellcasters began to master the art of tethering, these crystallized fonts of power awakened. When held by someone who has recently tethered into the bond, the crystal will glow brightly, and a faint shimmer of Al'Madoon's essence can be seen swirling inside.

By sacrificing his celestial body, Al'Madoon's life force fell upon Erenel, "bonding" with the world the Architect fought to protect. The Bond, Erenel's magical font of power, now resides in every creature, river, stone, and the sky itself. This raw magic can be felt and accessed by inhabitants with a natural talent or those who have relentlessly trained in infiltrating it.

The Bond is all forms of the eight schools of magic; the only difference is how inhabitants choose to access it. Spellcasters such as Clerics, Paladins and Warlocks reach into the Bond because their deity or patron has attuned their senses to "Tether." Whereas other spellcasters, such as Bards, Sorcerers and Wizards, have a gift for accessing the Bond or have learned to Tether through sheer practice and study.   Tethering is how raw magic is accessed and used by spellcasters. When a spellcaster tethers to the Bond, they essentially share the Bond that has entwined with the world, reaching into the remnants of Al'Madoon's being. While tethered, a spellcaster will manipulate the very fabric of the Bond for their desired outcome.

From the greatest wizard writing codices in his tower, to an aging archpriest still trying to help his flock, Tetherbane comes for us all eventually. The only question is, how will you adapt when you can no longer Tether?
— Royal College Archchancellor 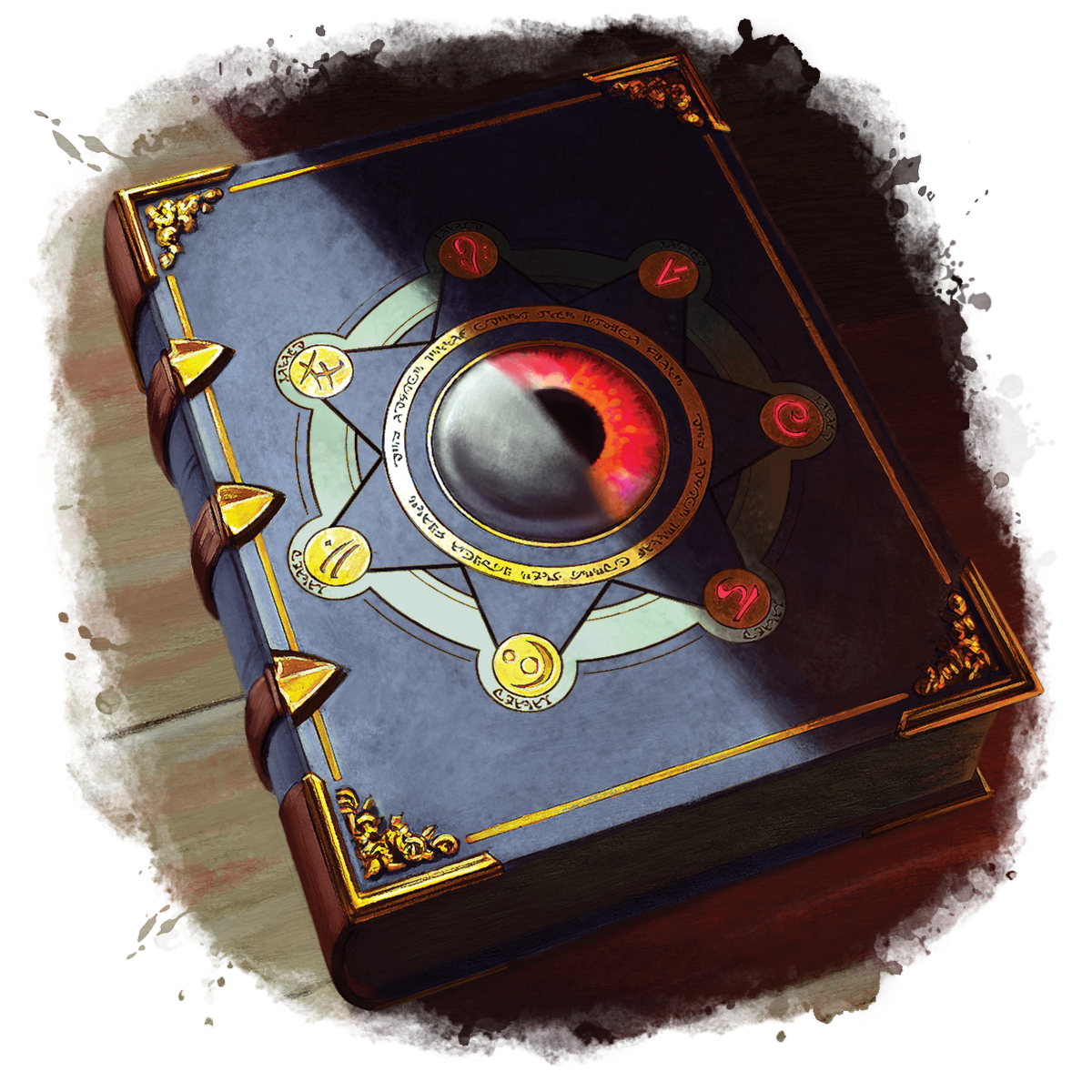 Tethering into the Bond has a real and immediate price. Following an inhabitant of Erenel's first tether into one of the Eight Schools of Magic, the Bond leaves a mystical residue onto the Tetherer's life essence. Over time, this residue forms into an ethereal aura surrounding the Tetherer. This ethereal aura is known across Erenel as Tetherbane.   Those skilled in seeing into the Ethereal plane can gaze upon their own and others' Tetherbane. In the beginning, a Tetherbane aura will appear vibrant and can take on a hue of green, red, or even silver, with color being unique to an individual. But for Veteran Tetherers or those exposed to enormous bursts of power, their Tetherbane aura will grow darker over time, taking on a twisted and tainted appearance. Unfortunately, there is no cure for Tetherbane.   As Tetherbane worsens, the effects can prove disastrous and even fatal. The Bond begins to backlash against the Tetherer, becoming chaotic and uncontrollable. A simple light spell could result in a random burst of magic, devastating the Tetherer and the city block. Because of these threats, those stricken with Tetherbane can be seen as outcasts, dangers to society and terrorists. 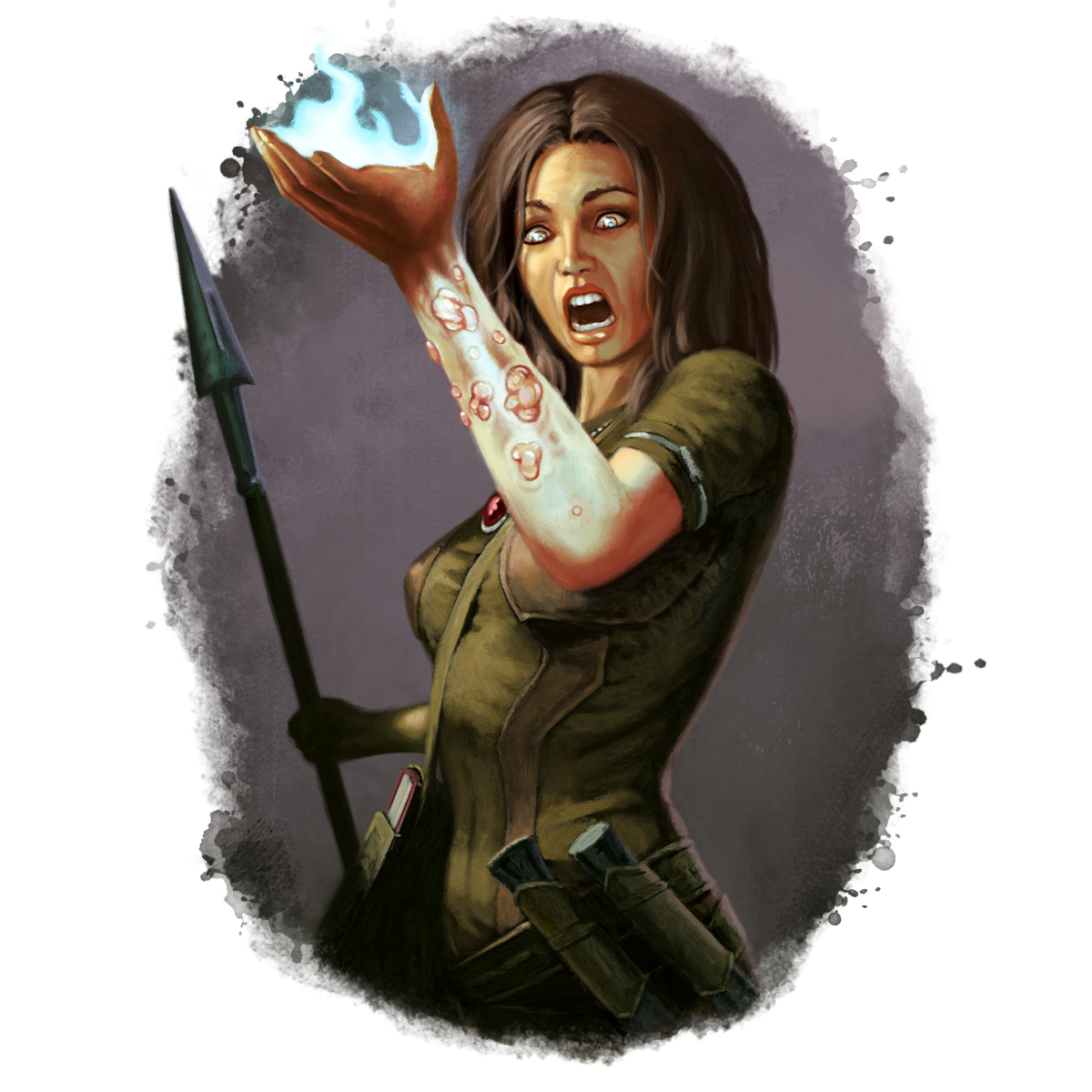 To protect the growing civilization of the known world, a faction known as the Creed acts as independent law enforcement for Tetherers and magical entities. The organization’s general neutrality makes it a trusted body by most nations, and while they would rather eradicate all use of the Bond, they understand the importance of world politics.

Even with the threat of Tetherbane, the importance of magic is too enticing to ignore. At the forefront of passing along arcane knowledge to prepare the inhabitants of Erenel are various Colleges of Magic.   Colleges and universities are often a sense of pride for a nation, even if they are kept far from the public to safeguard against Tetherbane. Additionally, those born without talent will never learn the art of Tethering unless they can afford the enormous cost of attending. This discrepancy leads many smaller settlements to abandon the idea of magic or shun it as unnecessary stress compared to more significant and wealthier cities.   For those without the means who wish to learn, tutors, many of whom are often suspicious or challenging to find, do exist. A familiar tale speaks of older Tetherers who would not dare cast another spell, living their days secluded, teaching someone with promise or hiding from Creed Judges.   Regardless of its existence, due to its uncurable long-term effects, the Bond is a tool used sparingly in the fabrics of society. Yet, when traveling the world, delving into dungeons and facing dangerous threats, one must use the tools available for survival.
Greater Deities
Join Erenel Discord!
A special thank you to all of Gamingbrew patrons, friends and family who make this possible.
A big thank you to Wizards of the Coast for the Open Gaming License and allowing a writer the chance to chase his passion. The Erenel Fictional Universe is presented under the OGL rules for 5th edition. All content and images, unless otherwise credited, copyright ©2022 by Gamingbrew Media, LLC.
All Rights Reserved.
Open Game Content: Except for material designated as Product Identity, the game mechanics of this Gamingbrew product are Open Game Content, as defined in the Open Gaming License version 1.0a Section 1(d). No portion of this work other than the material designated as Open Game Content may be reproduced in any form without written permission.