House Rules I use in all of my 5E campaigns to make combat more fluid with additional gameplay depth.
— Brews

The following are books currently approved for use in Erenel character creation. Note that ONLY Erenel races may be used. 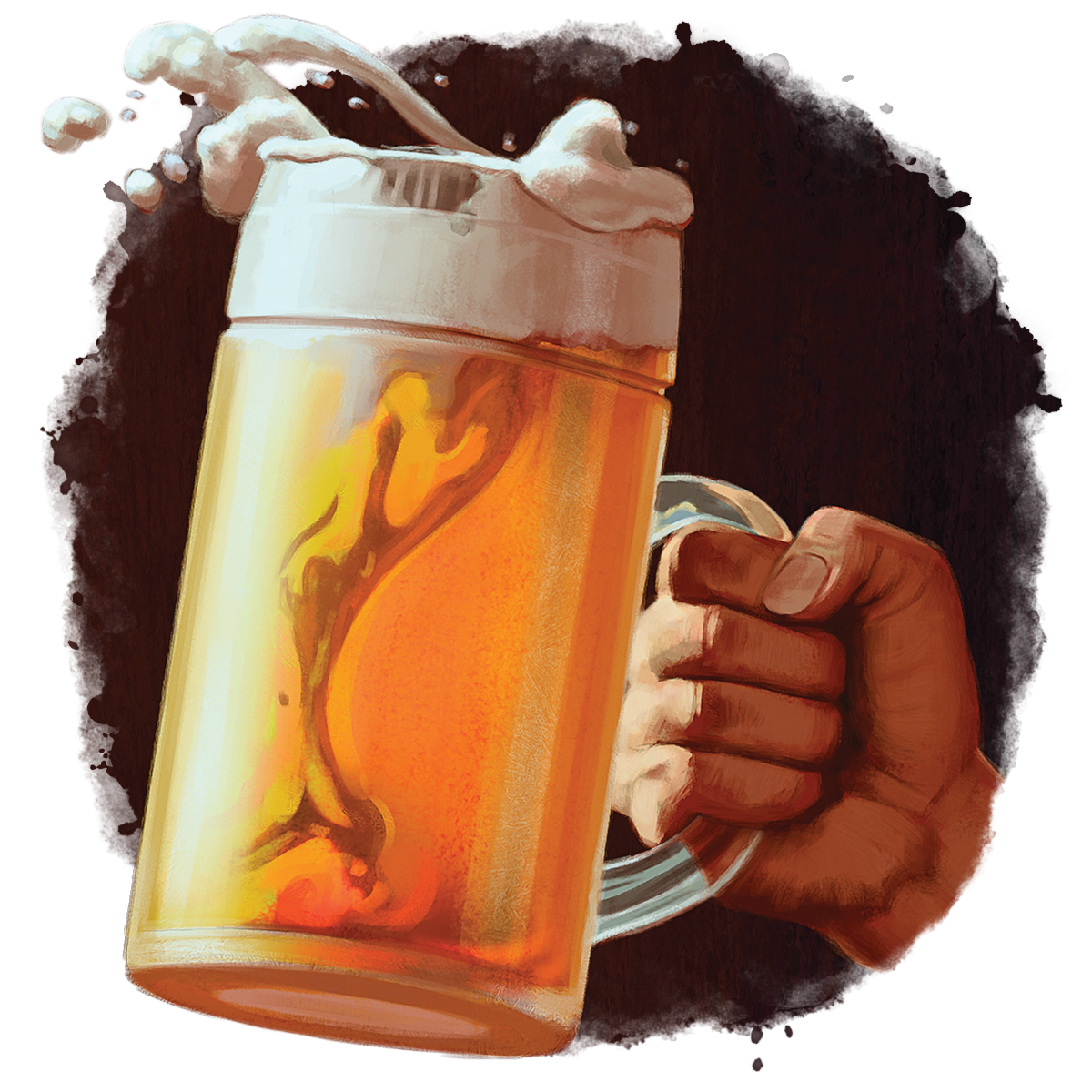 Any effects dependent upon the amount of damage taken are always counted after any damage reduction and resistances.

When rolling for health on a level up, you may roll or take the average. If you roll a one you can reroll once.

Potions, poisons or scrolls not in a Satchel or held with an open hand are considered to be stored safely in a backpack. Finding an item in a bag requires 4 consecutive Use an Object actions by a player during a combat encounter. Only one player can search a bag at a time.

When you take the Protection Action, you focus on protecting a creature within 5 feet of you. Until the start of your next turn, all attack rolls made against the target are instead redirected to you with advantage. Protection ends early if you are ever more than 5 feet away from the target. A target can only be protected by one creature at a time.

Short Rest. A short rest can be completed in 30 minutes.   Long Rest: Safe Havens. You can only perform a long rest in safe areas. Safe areas are ultimately decided by the Dungeon Master and are defined as a place where adventurers can rest without the need to guard themselves or be alert from fear of violence. Typically, towns forts and well-protected areas are safe, whereas wilderness camps and dungeons are not unless a group goes to great lengths to protect their surroundings.

Satchel is an Erenel 5E item allowing for quick access to a limited number of consumables. All Player Characters are given a 1-slot satchel upon character creation and have the option to purchase larger satchels.

You can speak during combat and creatures can respond on their turn but the full conversation has to happen in 6 seconds.

Spells with a gold cost will automatically deduct the gold from the spellcaster. You do not need to shop for components unless you enjoy the process.

You can wild shape into any beast from the Approved 5E Books that your current druid level allows. This allows you to wild shape as beasts you have not seen if you wish. Equipment that merges with a Wild Shape form has no effect until you leave the form. This includes all magical items.   Druidic Language. Grants all 3 dialects under the Druidic Root Language.

The following weapons are considered monk weapons. This list will change over time.

The Scythe, Shepherd’s Crook, and War Scythe can be used with this feat.

When casting a spell that deals damage and requires concentration to maintain, the player rerolls the damage die each time the spell deals damage. These spells include but are not limited too; Moonbeam, Spirit Guardians, Wall of Fire, etc.

Any hostile act that forces a saving throw will break invisibility along with attacks or casting a spell.

When rolling damage for the Magic Missile spell, roll dice for each missile separately.

When creating a character for my campaigns, it's useful to have a somewhat fleshed out backstory. Listed below are optional questions to consider. Above all else remember the following golden rules and that the DM has to approve for the health of the game!

Keep your backstory flexible. It's good to have strong hooks and a compelling history, but it's also important to leave open space for the other players and DM to connect the overarching story to your character. Don't write a novel for your backstory but consider important bullet points that make you who you are!

Connect your character to the world. Your character probably didn't grow up secluded. Your family, place of birth and connections formed happened before the campaign begins. You don't need a resume but consider connections you may have to Erenel.

The following questions are meant to help jumpstart the creative process for your backstory.
Welcome to Erenel
Join Erenel Discord!
A special thank you to all of Gamingbrew patrons, friends and family who make this possible.
A big thank you to Wizards of the Coast for the Open Gaming License and allowing a writer the chance to chase his passion. The Erenel Fictional Universe is presented under the OGL rules for 5th edition. All content and images, unless otherwise credited, copyright ©2022 by Gamingbrew Media, LLC.
All Rights Reserved.
Open Game Content: Except for material designated as Product Identity, the game mechanics of this Gamingbrew product are Open Game Content, as defined in the Open Gaming License version 1.0a Section 1(d). No portion of this work other than the material designated as Open Game Content may be reproduced in any form without written permission.