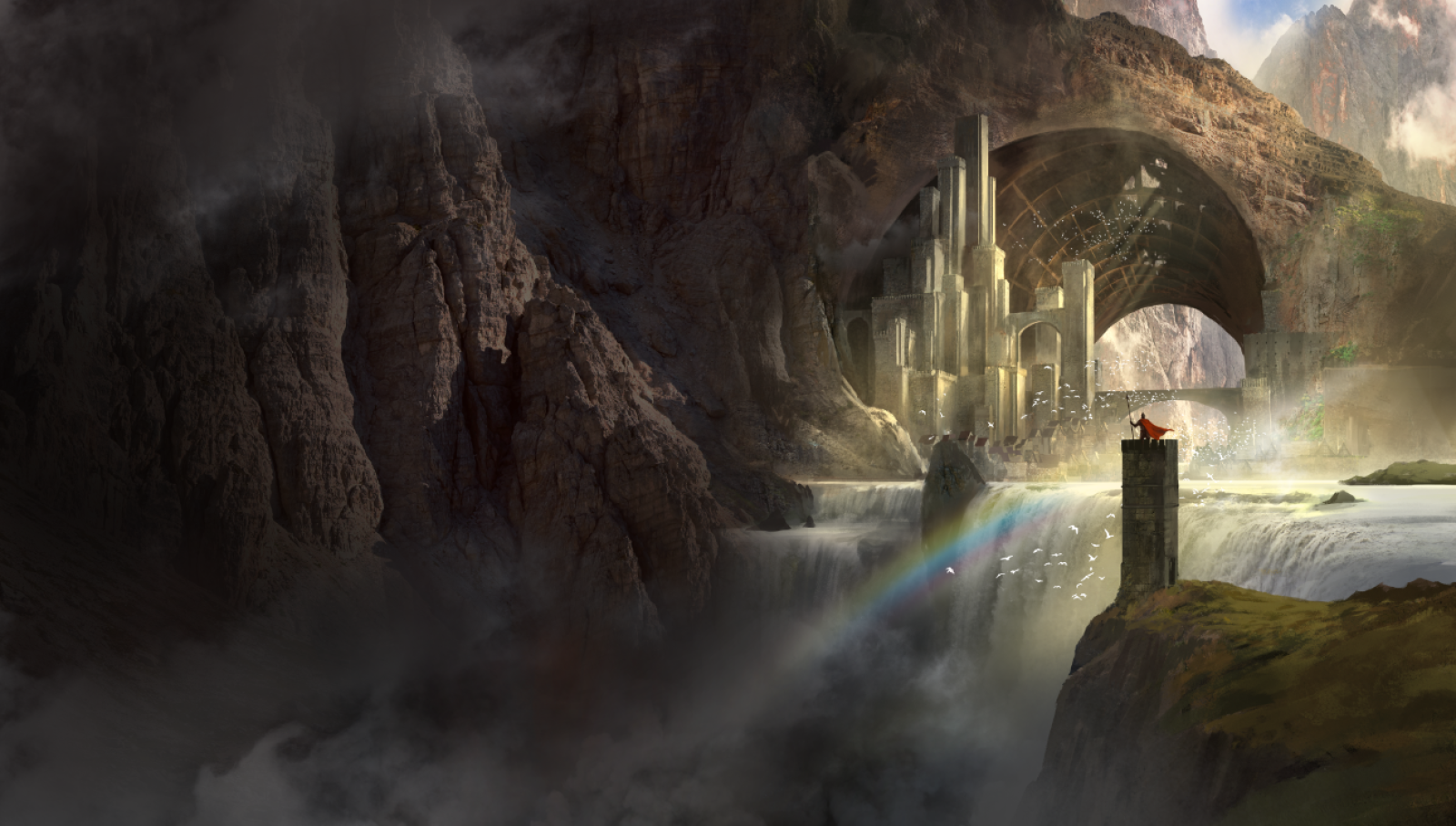 The Erenel site is undergoing major changes and lore updates. Please note only articles listed in the Gamingbrew Discord are finalized. All other articles should be considered outdated lore.
The Illuminated Church is arguably the most influential organization and religion in Erenel. Members of the church worship the deities born of the foremother, now known as the deities of light, equally as a family. As a collective, the deities of light represent all that is holy and good while seeking to protect their faithful from the abominations that would bring harm.   The three deities of light (Asanna, Luniwyn and Rezmir) seek to further their own ends and grow stronger with worship. As determined by their Yearning, gods and demigods grow more influential through worship. Only after amassing enough influence can a deity fulfill their Yearning and replace Al’Madoon as Architect. This often brings deities into conflict, except the deities of light, who, besides petty squabbles, are unified behind the principles of light.   Under the Illuminated Church are the three Churches of Yearning, each following one of the three deities of light. While these Churches of Yearning are under the Illuminated Church, each is widespread, with sects stretching across Erenel in every capital city.

Anyone of faith can find a place in the church by spending several years as an Ordi. An Ordi's day is filled with work and study, learning various prayers and how to perform services. After an Ordi has completed their training, they are assigned to one of their superior's many churches of light.   The church has multiple titles and ranks, which cover not only the Illuminated Church in Grenchester but all smaller churches across Erenel.

One Herald representing each deity of the light leads the Illuminated Church in unity. A Herald serves until death, with vacancies filled personally by the deity from whom the Herald serves.   No mortal has more access to their deity than a Herald giving each Herald enormous influence.

Due to the limited number, a Bishop can ascend to Archbishop following a vacancy and is appointed by a Herald.   An Archbishop is granted control of the church's presence for an entire nation and oversees the operation, reporting only to the three Heralds in Grenchester. 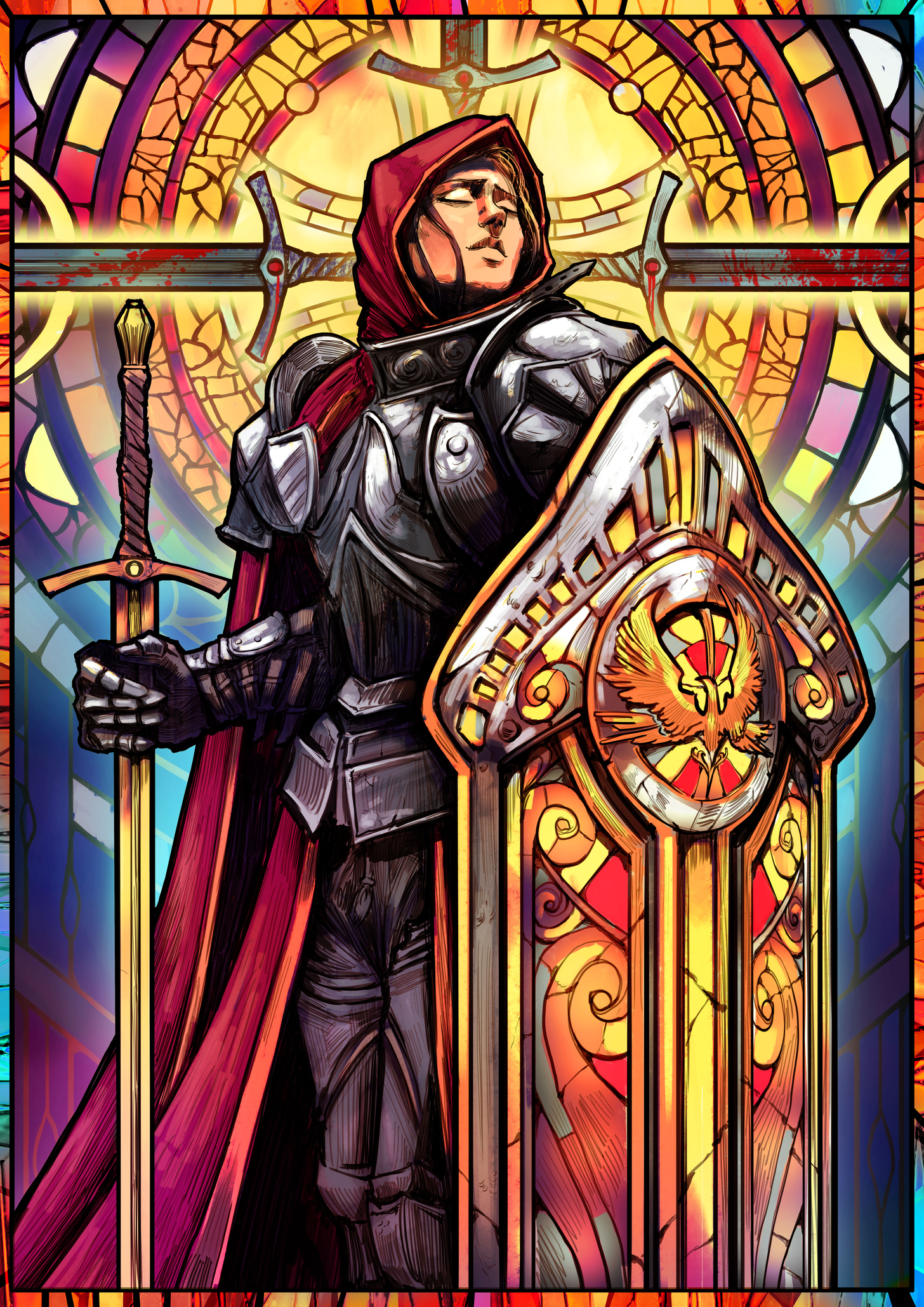 Priests who are proven diplomats are granted the title of Bishop and oversee large geographic areas while residing in one of the churches of that area. Typically, an area encompasses a region, with the Bishop taking on a more political role instead of day to day services.

Deacons who prove themselves are tasked with leading their church in the town designated by a Bishop. Due to the competition, most Priests remain in this position until death or retirement.

Following their training as an Ordi, a member of the church can rise to the status of Deacon. Deacon responsibilities include aiding the church's priest in growing their clergy and overseeing the training of Ordi under the care of a priest.

The Illuminated Church operates with three main goals, which all congregations strive to achieve in their own way. Above all, the church’s focus is to make sure the lands where the deities of light are worshiped never lose sight of their faith.

Ensure every city and town has a church dedicated to one of the three deities of light.

Tirelessly oppose all forms of evil created from the Six Sins of Lights End and the fallen demigod Edictor, Toll of Light's End.

Help one of the three deities achieve their Yearning and ascend as an Architect.

The Illuminated Church recognizes three groups of deities; the primal deities, the deities of light, and the blasphemous ones. Mortals who have risen to godhood (demigods) are not considered actual deities of Erenel, merely powerful beings.   The primal deities, including Aymara the Foremother, are looked fondly upon for their role in Erenel’s existence but are seen as what once was, not what will be. While more uncivilized cultures may worship the primal deities, the Illuminated Church acknowledges their existence but downplays their role in the Era of Inner Flame.   The blasphemous ones, Vyse Tyranal, demigods of the Below, and the Null, are shunned and considered enemies of the Illuminated Church. Great lengths are taken to protect the church from Null infestation, including the critical vow of silence to now speak any of the Null’s true names. The church openly opposes any connection to all blasphemous ones and plainly teaches against the Six Sins of Lights End.

The symbol of the Illuminated Church is the candelabra with three stems, one for each deity of the light. All candles must be kept burning at all times, making changing and lighting candles the perfect job for an Ordi or newer clergy members.

The holy number of the Illuminated Church is three (three deities of light), so service is held every third day of the week (Tanarya) at 3:00 PM under the sun’s light. For the working class of Erenel, this is generally a time to break or end the work day for service before preparing supper.   If a church follower cannot attend service, spending 3 minutes of prayer on the third day of the week at 3:00 PM will provide enough spiritual nourishment for one week. Without this spiritual nourishment, the soul is thought to weaken, and the Six Sins of Light’s End will more easily tempt the follower. 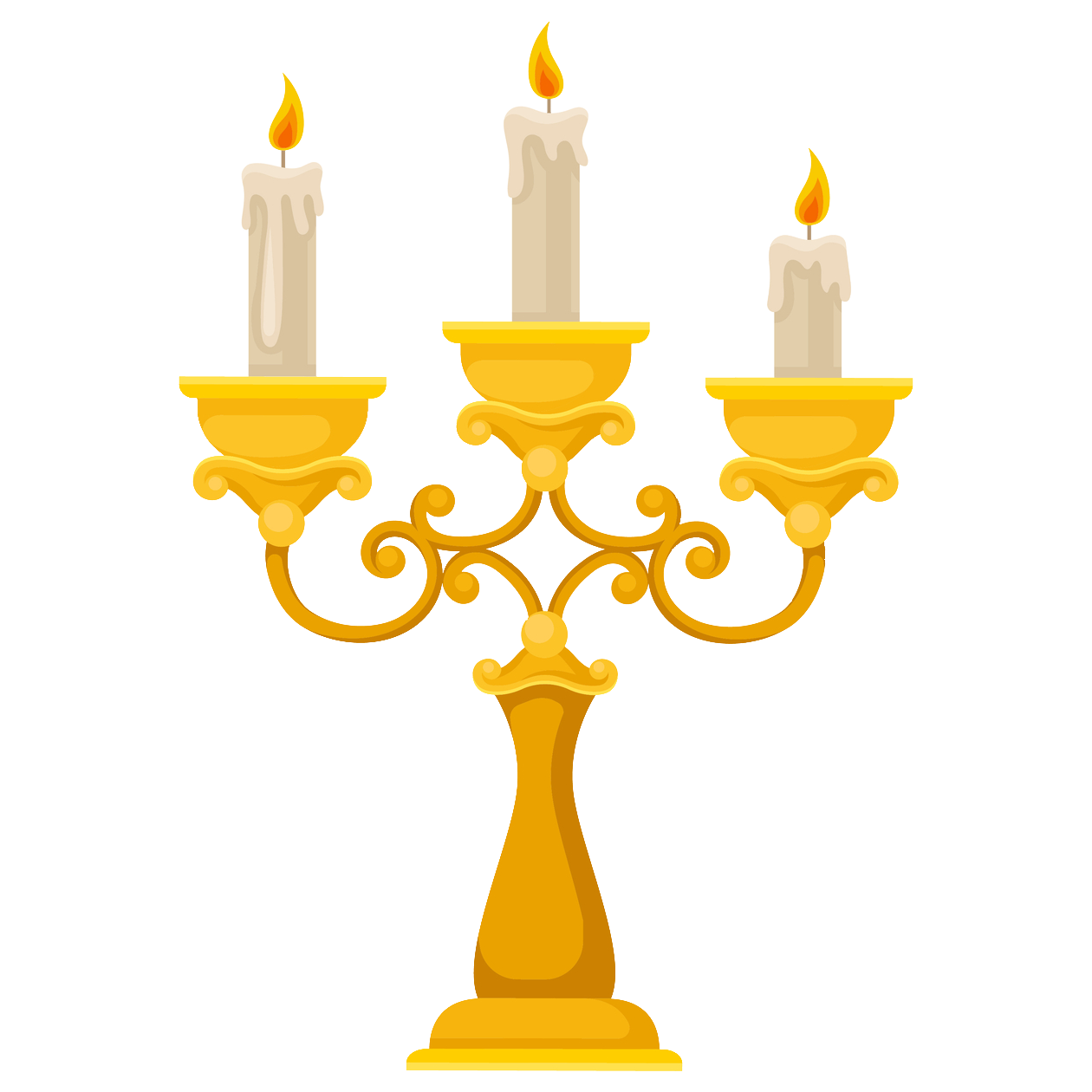 Mortals who have not accepted one of the deities of light are known as “sullied." To convert to the light and remove the sullied title, a sullied must seek penance by writing their sins with a quill of truth in the presence of a priest. These magical quills prevent a sullied from writing a lie and are enhanced by a zone of truth spell.

The Doctrine of the Illuminated Church is easily described as doing good in the world and relies heavily on Rezmir's True Law. The church recognizes that mortals are tainted by the Six Sins of Lights End and believes if mortals repent through penance, they will be forgiven.   However, the Illuminated Church firmly believes that not all acts can be forgiven. The church sees itself as bringing the rule of the deities of light against the sullied, hopefully converting them away from the blasphemous ones. Any sullied who commits one of the following acts directly opposes the Doctrine of Light and is seen as lost. Sullied who are considered lost by the Illuminated Church are put to death, burned alive in the purifying fires. 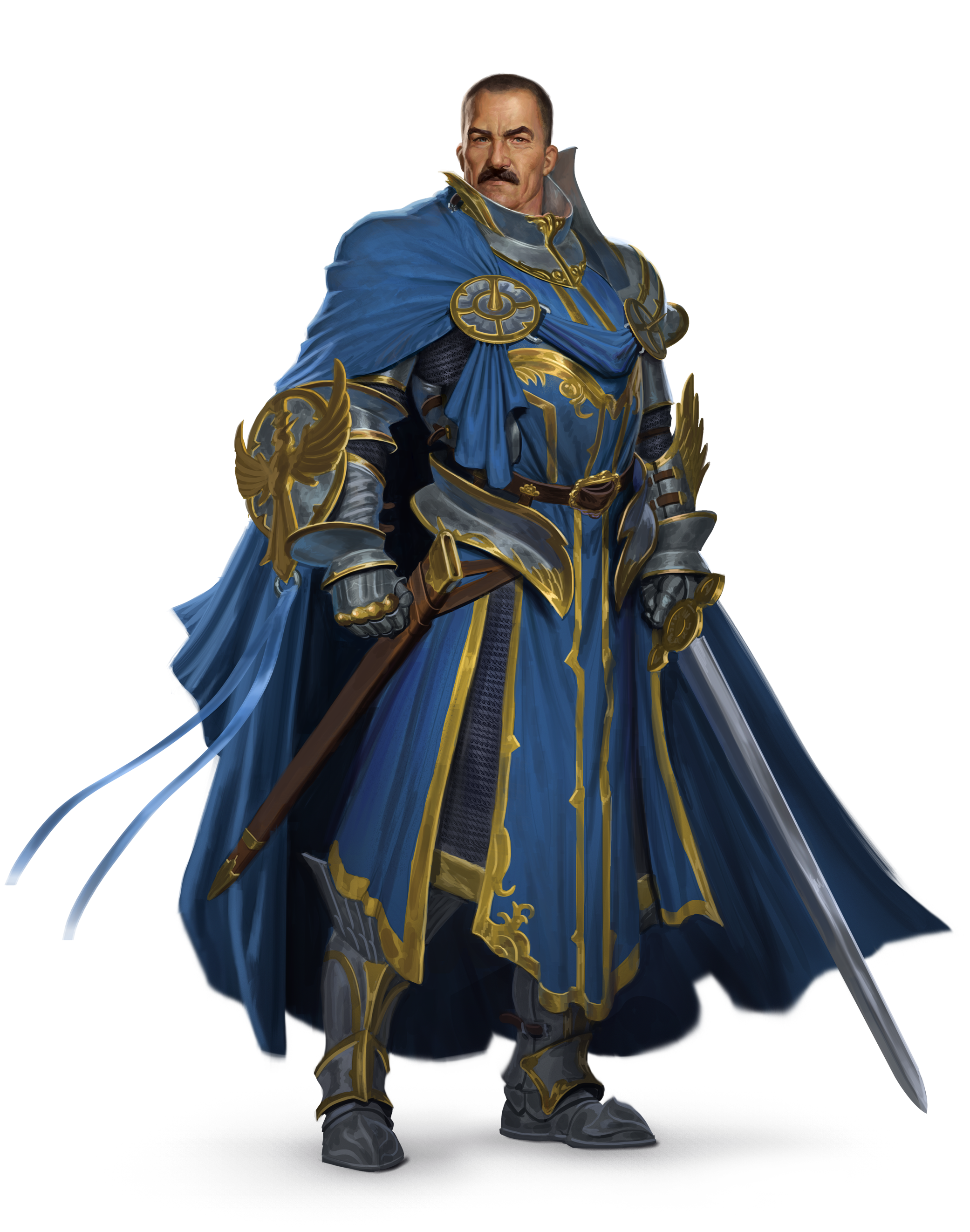 The Illuminated Church knows there are shadows in the world, both born from the acts of other creators and undoubtedly created by themselves for being the most followed church on Erenel. Conspiracy theorists speak of the Illuminated Church as nothing more than strategic thinkers and high-minded nobles who operate in the shade of religion.   This thought is further amplified by the Illuminated Church becoming a nation following the defeat of Morthos Dray and his Draconic army. Now, the Illuminated Church openly commands the Grenchester Army and Balefire Knights of Grenchester under the command of Grenchester’s Queen, Brenna Ambercrown.   Keen on keeping the conspiracy conversation at bay, the Illuminated Church is known for acting with diplomacy, rarely through direct force. Luckily, staying behind the scenes has proven easy thanks to promoting the Churches of Yearning in their stead. Nevertheless, church leaders are influential diplomats who have positioned themselves near many kings, queens and notable personalities. 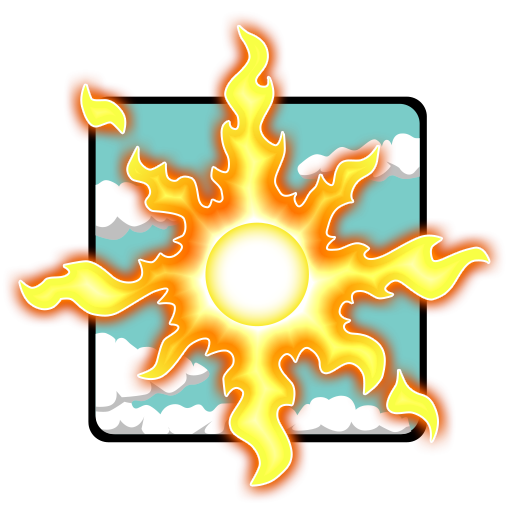 Followers of Asanna, the Hearth Keepers harness sunlight from Ikaram the sol to push back the darkness.

Hearth Keepers follow the tenets of Asanna, seeking to spread her faith wherever they go, performing great deeds of healing and community restoration.   Herald Lightbringer determines the Hearth Keepers' official mission and goals, which almost always align with the Church of Light, leading many to seek out Herald Lifebringer for day-to-day matters of both the Hearth Keepers and Illuminated Church. 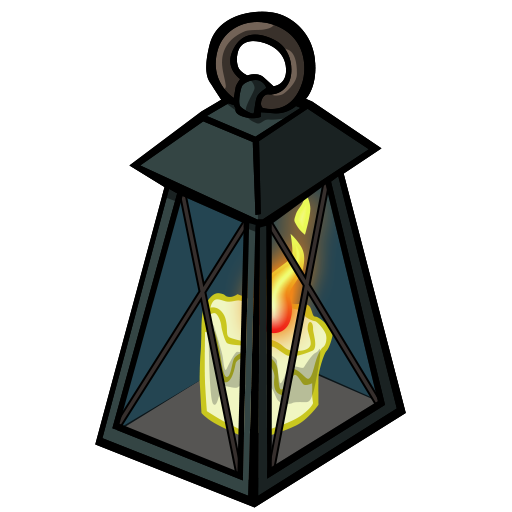 Followers of Rezmir, the Lantern Priests harness holy light found within to push back the darkness.

Osric Stoutheart, Valthera
Lantern Priests follow the tenets of Rezmir, seeking to provide justice for all children of the light. With their lanterns attached to their hips, a Lantern Priest is a protector, unafraid to step into the darkness in pursuit of evil.   Herald Stoutheart’s gaze often falls on the destruction of anything to do with the Below or the demons who call it home. Brasher than the other heralds, Stoutheart looks to the offensive beyond the church's walls. 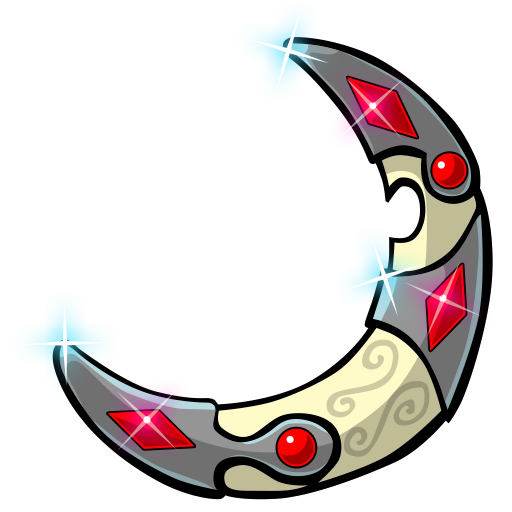 Followers of Luniwyn, the Midnight Eyrie, harness moon and starlight to push back the darkness.

Luna Silvermaul, Lunar Elf
The Midnight Eyrie follow the tenets of Luniwyn, seeking to protect the Realms of Remembrance from the Null and void spawn found in the Nothingness.   The most feared of the three churches of yearning, the Midnight Eyrie scour the world looking for void infestation to slaughter and put to the fire. This difficult task, unfortunately, requires purging every infested individuals by fire against the otherworldly threat.

Answering: "Describe the tenets or precepts of an organised religion in your world."
Visit Gamingbrew's Competition Page Check all other answers to this prompt Competition Homepage
Join Erenel Discord!
A special thank you to all of Gamingbrew patrons, friends and family who make this possible.
A big thank you to Wizards of the Coast for the Open Gaming License and allowing a writer the chance to chase his passion. The Erenel Fictional Universe is presented under the OGL rules for 5th edition. All content and images, unless otherwise credited, copyright ©2022 by Gamingbrew Media, LLC.
All Rights Reserved.
Open Game Content: Except for material designated as Product Identity, the game mechanics of this Gamingbrew product are Open Game Content, as defined in the Open Gaming License version 1.0a Section 1(d). No portion of this work other than the material designated as Open Game Content may be reproduced in any form without written permission.

What a great and iconic D&D Priest, makes me think of Greyhawk's Priests of Pholtus.