All have the right to justice; some have that right more than others.
— Abd Valcrist, Court of Ulcers

The Great Sacrifice tore at the fabric of the universe, ripping open three new planes while simultaneously tearing the life essence out of Asanna, Luniwyn and Rezmir, causing the three young gods to leave their physical bodies behind.   The divine remains of Rezmir were the first to be found. Unfortunately for the Winged Lion, the mighty Rusco Wizard Vizeran De’vaj made the discovery. Seeing an opportunity, Vizeran sold his discovery to the Scarlet Walker, who gleefully paid an exuberant fortune and brought the remains to Vyse Tyranal, the Fallen Elf.   Harnessing the cosmic power of a fallen star, Vyse Tyranal created a divine bell, the Toll of Light’s End, and gave new life to Rezmir’s discarded remains. The zombified husk began to take on a demonic form growing goat horns, a second pair of red eyes and dark tar-covered fur. Vyse Tyranal would name his creation Edictor, making his demigod pet the embodiment of all mortal fears.   So long as Edictor lives, all mortals of Erenel suffer from the Six Sins of Light's End. Because Erenel is tied to the evil created when Vyse Tyranal fell, every intelligent race in the mortal realm bears the taint of sin. While this doesn’t doom mortals to the Below, Vyse Tyranal and Edictor have solidified inherent mortal weakness. 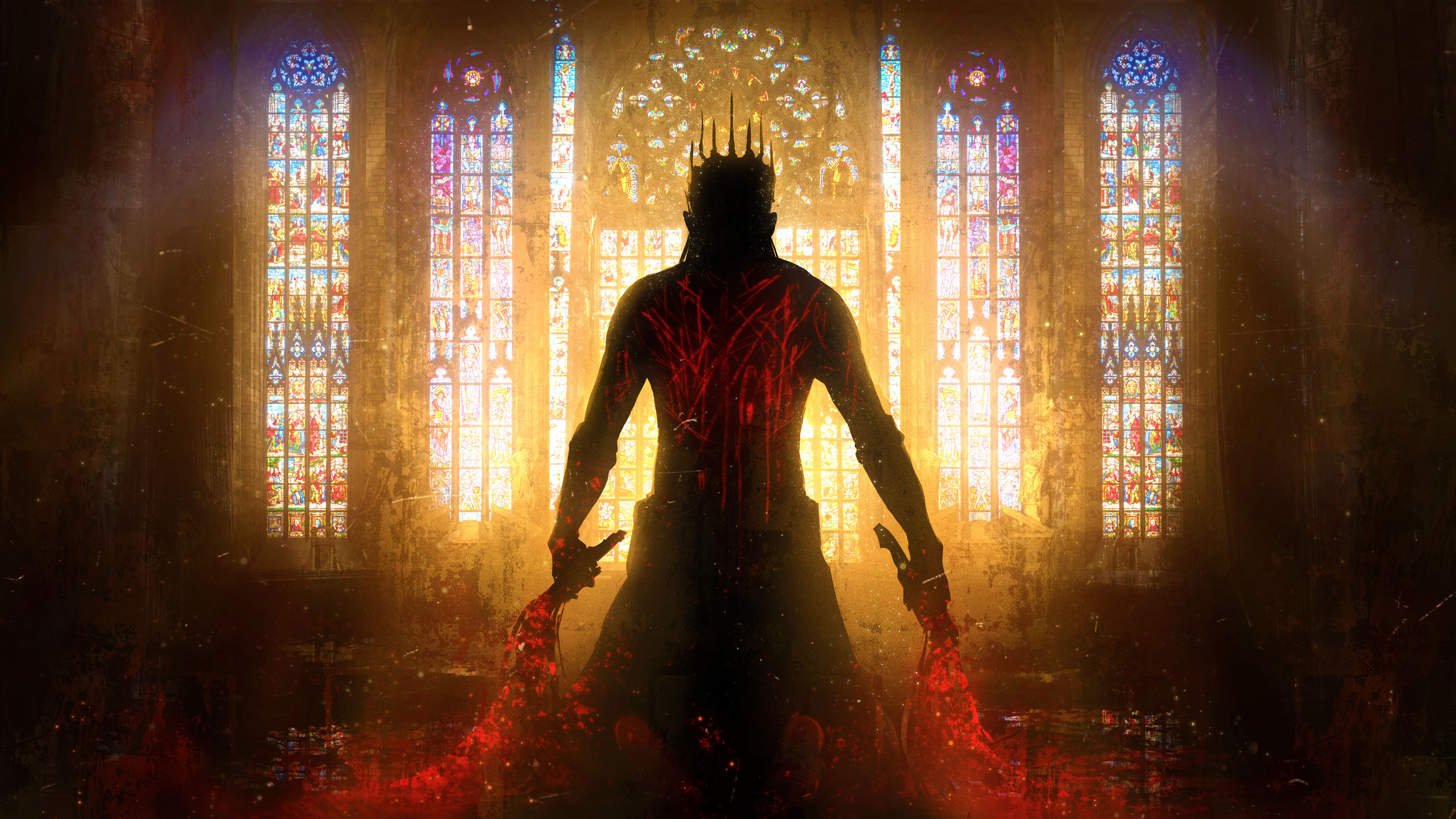 The holy symbol of Edictor is the infernal bell worn around the demigod's neck. This massive bell contains enormous amounts of cosmic magic, inverted into dark energy as the power source reanimating Rezmir, of Light and Law's stolen body into the demigod Edictor.   If the great bell rings, the Era of Inner Flame will end, and an unknown era will begin as reality shatters across the Realms of Remembrance.   In a cruel twist of fate, only Rezmir or an avatar in his name can ring the bell. Doing so would free Rezmir's zombified husk – a high cost the Vyse Tyranal, the Fallen Elf hopes will torment the Winged Lion with guilt and selfish desire.
Divine Classification
Demigod
Current Location
The Below
Honorary & Occupational Titles
Toll of Light's End, the Siegebreaker, the Savage Claw
Circumstances of Birth
Created from the zombified remains of Rezmir
Children 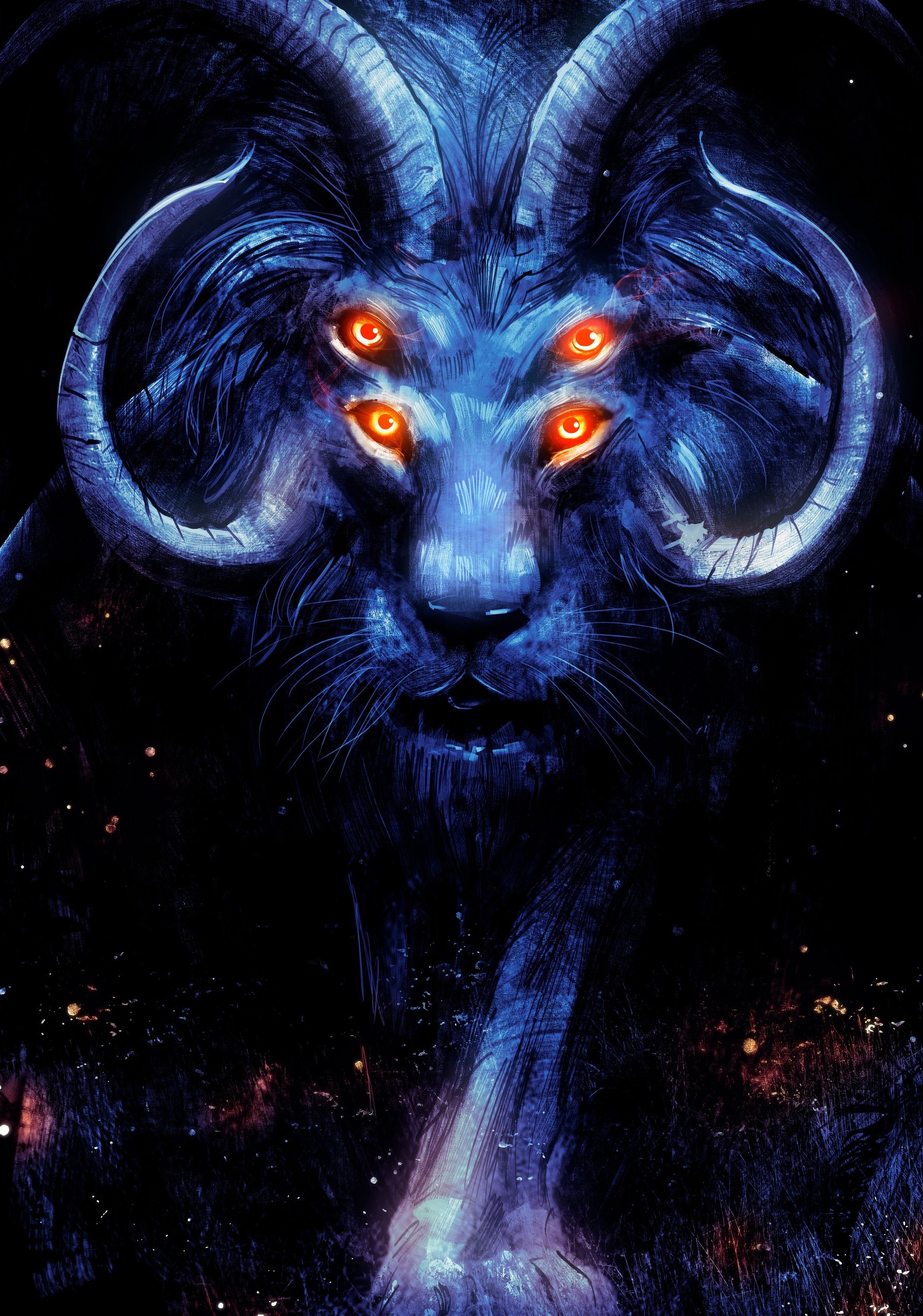 Death Knell priests follow the teaching of Edictor. Keen to dispense justice in the most ruthless manner possible, Death Knells believe that Rezmir and the Lantern Priests are too faint of heart to administer justice properly. They are proud to see the disappointment in the eyes of a Lantern Priest as they persecute the judged in horrific ways.   Death Knell priests can range from paladins to executioners who became outcasts for showing too much zeal in their judgment. Many fallen inquisitors quickly choose brutal methods because “the ends justify the means” and often swear allegiance to the faction.   Immensely popular and influential in various homesteads on Erenel, Death Knells serve as law enforcement and court judges. Others secretly follow Edictor under the guise of a Lantern Priest, damaging the church from the inside. 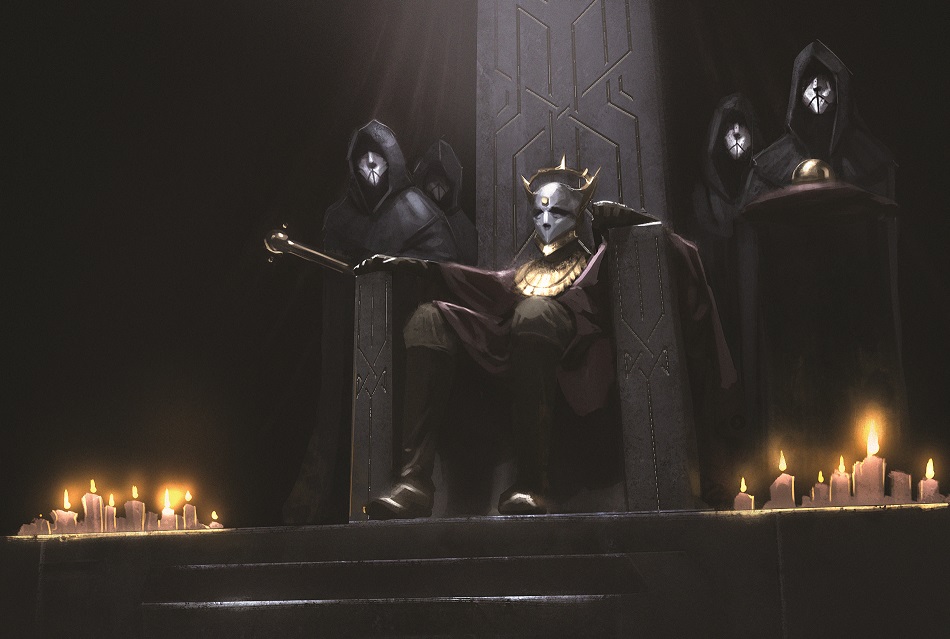 by Balazs Pirok
Demigods
Join Erenel Discord!
A special thank you to all of Gamingbrew patrons, friends and family who make this possible.
A big thank you to Wizards of the Coast for the Open Gaming License and allowing a writer the chance to chase his passion. The Erenel Fictional Universe is presented under the OGL rules for 5th edition. All content and images, unless otherwise credited, copyright ©2022 by Gamingbrew Media, LLC.
All Rights Reserved.
Open Game Content: Except for material designated as Product Identity, the game mechanics of this Gamingbrew product are Open Game Content, as defined in the Open Gaming License version 1.0a Section 1(d). No portion of this work other than the material designated as Open Game Content may be reproduced in any form without written permission.