The kitten who sits upon a throne of illusion believes the weak must be protected? That the strong must be servants to those, who need their aid? The very notion defies nature. Do the mightiest animals across his father’s world serve the weakest? No, they eat their fill and leave the feeble behind.
— Vyse Tyranal, the Fallen Elf

The Fallen Elf is the god of Domination, Treachery, Tyranny, and Undeath. He was the first Elf granted breath by Al’Madoon, is one of the most powerful deities in existence, and current ruler of The Below.   The mad but charismatic Elf had manipulated, killed, and forced his way to the title, King of Elves, and subjected most of Erenel to his whim until the Great Sacrifice and cleansing of Erenel. He believes himself to be the true King of Erenel and rightful heir of the Architect’s Universe, as it was he who slew the Mad Creator in the first place.   Vyse charges his followers and most trusted worshipers with one goal: the conquest of Erenel in his name. He is ready to sponsor any who will take up his mantle, or anyone seeking vengeance for usurpation, betrayal, or wrongdoings both perceived or real.

The symbol of Tyranal is generally a Crown of Thorns or a Whip made of Thorns. Followers will typically not show these symbols openly, or face persecution by other races and religions. Because of this, many cults tend to have local, secret symbols that can be easily explained to others without drawing unwarranted attention.

Bow to None but Him

Freedom is an illusion designed to keep the weak asleep. Only service to the True King elevates one to a holy state. Serve and be enlightened as through the will of Elturel, is to find true salvation. All must pay tribute.

Dominate the weak and show them redemption through harsh service. Turn only the best to the Lord Below. Those who cannot, or will not submit to one stronger than themselves should be purged.

Seize power whenever weakness is present, to take what you desire is considered divine. The strong will always take what they need. As is the way nature intended.

Vyse was the first Elf granted breath by Al’Madoon. The mad but charismatic Elf had manipulated, killed, and forced his way to the title, King of Elves, and subjected most of Erenel to his whim. Worse yet, unbeknownst to the Primal Beings, Elturel had grown in strength while the Architect slept. The Mad Elf’s power now rivaled Al’Madoon in his weakened state.   After Ianna, Matron of Ravens departure from eating the rotten fruit, Vyse began speaking with Bedoma, the Deliverer. The deceitful Elf would visit the Tree of Aymara, fabricating lies to Bedoma under the guise of philosophy; their weekly discussions held far from the ears of the other Primal Beings. In time, Bedoma became enthralled with Vyse, deciding to help him rule so that his practices could benefit all inhabitants. With Bedoma’s assistance, Vyse quickly ascended, enslaving all of Erenel except what rested under the branches of Aymara.   At last, the fruit hanging from Aymara’s branches ripened. Three pieces fell in unison, much like how the three architects rose from the void. The fruit grew three young gods; Rezmir, of Light and Law, Asanna, and Luniwyn, the Silver Maiden. The three young gods opened their eyes and looked out upon Erenel.   The Primal Beings greeted the three young gods. All except Bedoma, who had snuck away to alert Vyse. Elturel was aware of the dangers facing the Kingdom he had built with the arrival of these new gods and rushed to introduce himself. Greeting Rezmir first, Vyse quickly learned of the winged lion's belief of law and judgment. He attempted to persuade Rezmir, similar to his wooing of Bedoma, showing the might of his law with an army at his back.   However, Rezmir recognized the truth and cried out with a mighty roar to his father. Upon waking, Al’Madoon was horrified by what he saw. His masterpiece, the elves, had used his blessing to enslave Erenel. Crazed with power, Vyse stood defiant alongside Bedoma and those loyal to the Mad Elf. In a brash attempt to prevent his empire from being taken, Vyse attacked the still weakened Al’Madoon.   As Vyse assaulted Al’Madoon above the Tree of Aymara, the Architect understood what had to be done in order to cleanse the corruption and spare his beloved Erenel. In a bright flash of light, Al’Madoon sacrificed his celestial body exploding into an apotheosis of divine light. Elturel and the Tree of Aymara took the full force of Al’Madoon’s sacrifice but no part of the universe would be left unscathed. The force of the blast shattered the timeline, freezing all non-deities in a time-lapse that would last for eons.   The celestial explosion tore at the fabric of the universe, ripping open three new planes. The Above, The Below, and Trance: Plane of Eternal Glade

The Below formed from the hate and greed festering within Vyse. Vyse fell into the Below from Al’Madoon’s sacrifice, finding himself surrounded by a plane of shadow and despair. Many Elves, witnessing their master fall, cursed Al’Madoon and followed Vyse as he descended. A deep hatred for Al’Madoon consumed Vyse. In disgust by his failure, he began to manipulate the Elves loyal to him, transforming their flesh into horrific variations. Lost in hysteria, Vyse shaped his minions in a new image for he could not bear to look upon anything Al'Madoon created.

Now the Below is a plane divided between the two great deities, Vyse and Ianna, Matron of Ravens. Situated between the domains of Vyse and the Matron of Ravens, The Broken Reach sees a never-ending war between the two deities vying to take control of the Below. Rampaging armies from each side fight the Shadow War without rest or respite. Crossing the Broken Reach is a death sentence for either side or those unlucky enough to find themselves caught in the middle.   On the Matron of Raven’s war front, Black Shroud Citadel stands defiant against the forces of the Fallen Elf. Across the battlefield, the Monastery of the Distressed Body fights in Elturel’s name and prevents the Matron of Raven’s forces from establishing a foothold.

The Hanged Ones are small sects scattered across Erenel. They wear green and black robes with a hangman's noose around their necks. Apostles and initiates are hanged with these to ensure the sacrifice reaches Vyse.   On Holidays, the clergy leaders lead the sect to "The Great Oak," a sizeable oaken tree covered with nooses from past sacrifices. Initiates will hang themselves from the tree in unison as an act of giving their life to Vyse. If proven worthy, those who have “hung” will be reborn. In reality, Vyse takes their spirits and injects them into a being he deems fit. This injection can range from being put back in their original body tainted from the Below, attached to a demonic creature, or sent to be food for those who feast on souls. 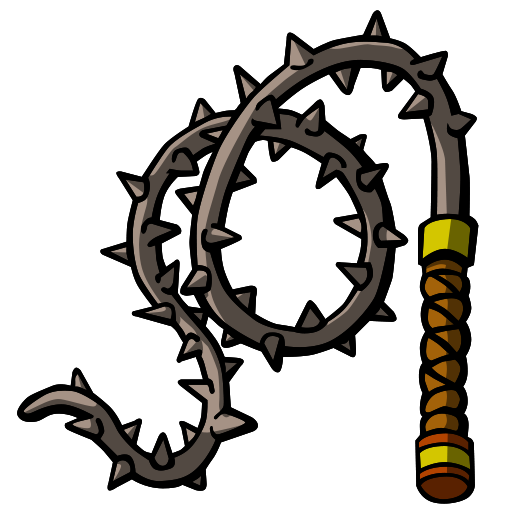 Divine Classification
Deity
Current Location
The Below
Species
Elf
Realm
The Below
Honorary & Occupational Titles
Lord Below, He Who Would Not Bow, the True King
Children

Elves who chose to descend with the Fallen Elf believe themselves to be the last remaining "True" Elves. They were once Trance touched like the rest of their kin, but after untold years in the Below, they exist in a strange state between life and death. Building civilization's across the Below, True Elves pattern their civilization on winning the favor of Vyse. They defend him and his image no matter the cost; willingly sacrificing themselves and their community if necessary.   To be a True Elf is to follow a path of evil and corruption. Fully relishing the tenets of Vyse, a True Elf will dominate those they deem weak regardless of their kin. They take great pride in administering revenge on anyone or anything that has shown disrespect. For a True Elf, there is no greater feeling than vengeance; except catching Vyse's gaze or a brief positive word with the Fallen Elf.
Greater Deities
Join Erenel Discord!
A special thank you to all of Gamingbrew patrons, friends and family who make this possible.
A big thank you to Wizards of the Coast for the Open Gaming License and allowing a writer the chance to chase his passion. The Erenel Fictional Universe is presented under the OGL rules for 5th edition. All content and images, unless otherwise credited, copyright ©2022 by Gamingbrew Media, LLC.
All Rights Reserved.
Open Game Content: Except for material designated as Product Identity, the game mechanics of this Gamingbrew product are Open Game Content, as defined in the Open Gaming License version 1.0a Section 1(d). No portion of this work other than the material designated as Open Game Content may be reproduced in any form without written permission.